Stephanie Rockwood on Tracking Flowers and Working with the NPS 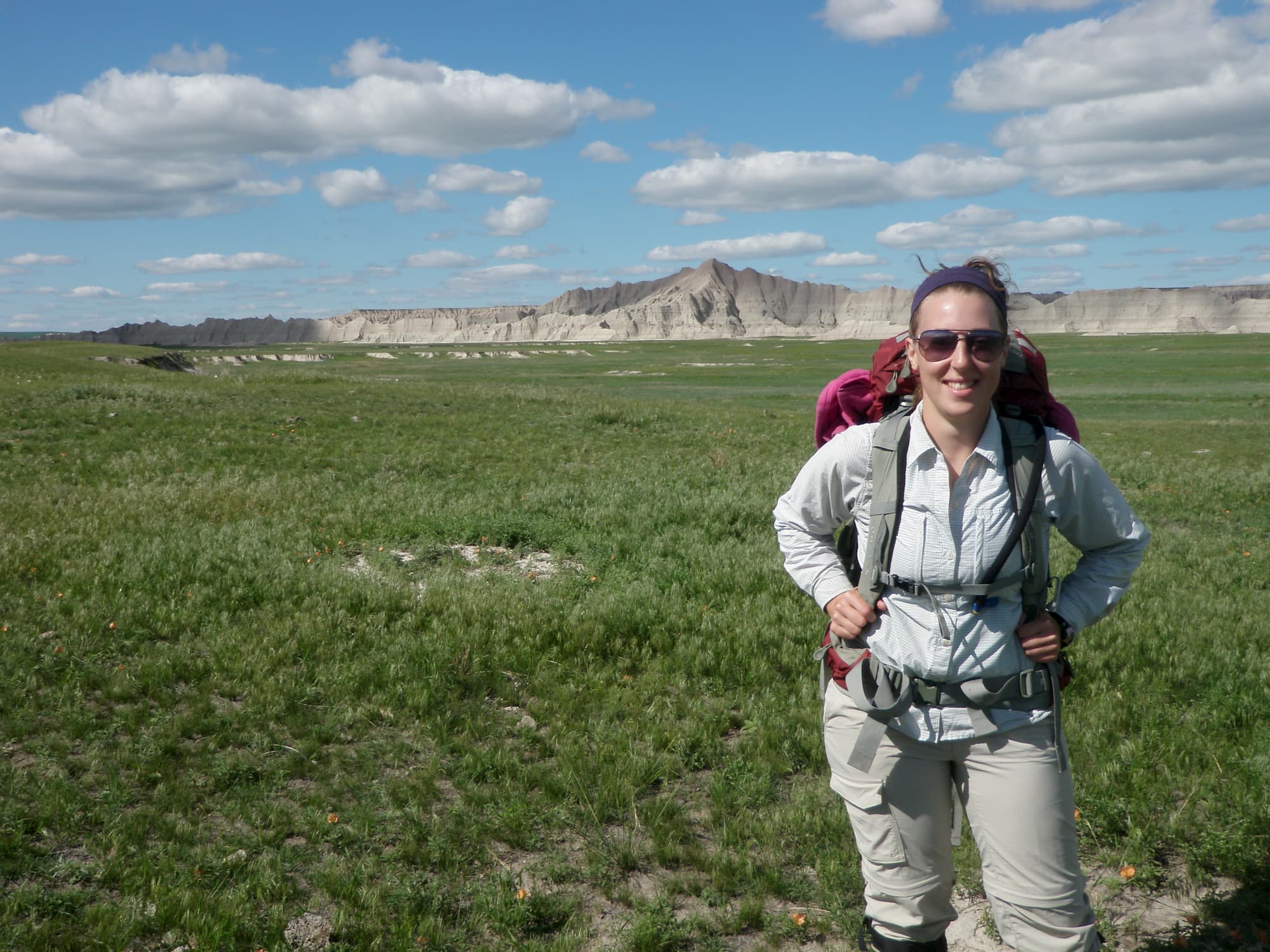 “You get used to just being a little bit grubby, and it’s sort of refreshing,” Stephanie Rockwood reflected in an interview with The Dyrt while describing her work roughing it for six days in Theodore Roosevelt National Park, collecting data on its plants. Stephanie is a Biological Science Technician with the National Park Service (NPS), and one of many women in science within the NPS Inventory and Monitoring Program. In fact, her crew of seven this past season included five women.

“It’s fun to work in the field with all different types of women—with different interests, different ways of dressing, whether they like makeup or not. We have a whole spectrum of women. I think people expect scientists to look a certain way, especially women, and we try to break that mold a little bit.”

The NPS Inventory and Monitoring program began in the 1990s as a way for science to support the protection and preservation of our national parks. Taking inventories helps staff understand what resources are in each park, and monitoring helps understand how those resources are changing over time.

There are 32 networks, or geographically grouped NPS sites, across the country that participate in the Inventory and Monitoring program. Within these networks, scientists like Stephanie gather and analyze data about each of the parks’ resources—from plants to birds to waterways and more. Stephanie and the other women on her crew work in the Northern Great Plains Network, a region rich with grasslands, and focus on the network’s plants.

While there are technically 14 NPS sites within the Northern Great Plains Network, the plant program only covers 11 of these, as two are river parks and one is the Minuteman Missile National Historic Site, which doesn’t include plant life. Overall, Stephanie’s fieldwork covers: 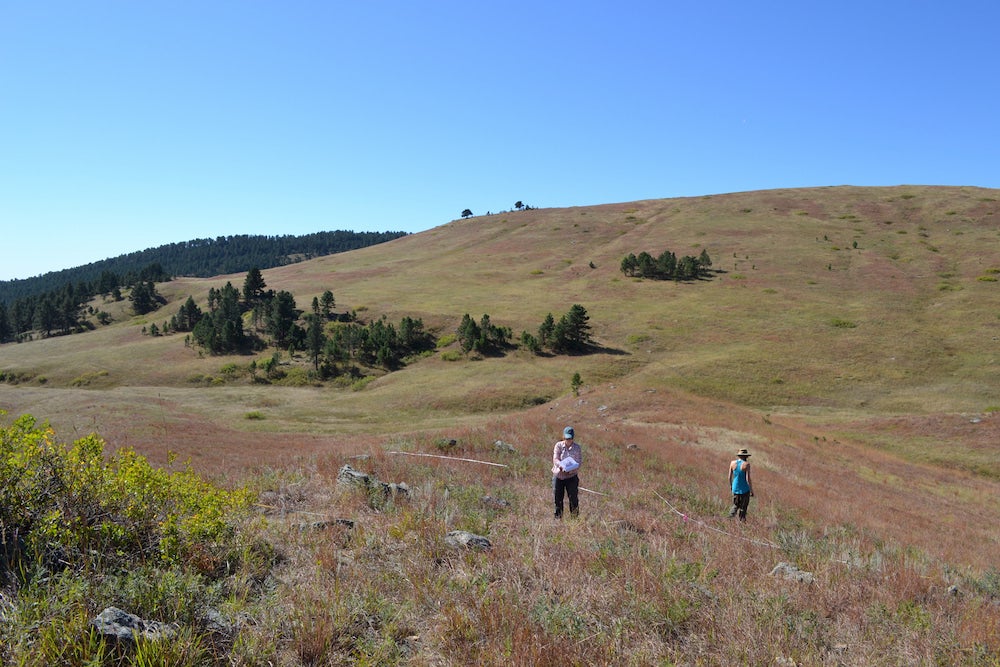 “I love to hike and be outside, and my job allows me to be paid to do that.”

Stephanie’s crew is based out of Rapid City, South Dakota, but from spring through autumn, they’re often on the road, heading into the wild.

“I love to hike and be outside, and my job allows me to be paid to do that,” Stephanie shares. “It really connects you to the place you’re in. Hiking around, in general, helps develop a sense of place. But, I think if you’re also doing it for work, revisiting places, and learning the names of the plants and the birds, it becomes more of a home.”

Stephanie’s team uses a computer model to randomly select plots of land to inventory and monitor throughout each of their 11 park sites. The plots are each 20 by 50 meters in size. Some are located right off of a road, while others require hiking three or four miles off-road and off-trail into the backcountry.

“I probably visit around 100 plots in a year, every year,” Stephanie described.

To get to these plots, Stephanie and her crew use GPS navigation and carry in all of their gear. The plots are marked with rebar, so gear includes metal detectors to help locate those buried in grasses and other thick plantlife. Once onsite, Stephanie and her crew look for plant diversity and frequency within the plots. Over a five-year timeframe, they will have visited each plot twice, focusing on the botany’s long-term trends.

“It’s hard to make management decisions if you don’t know what you’re managing,” Stephanie explained. “With events like climate change and land use change occurring, you won’t know what your resources used to be if you never kept track of them in the first place. With a program like Inventory and Monitoring, you create an inventory of what’s there, then you revisit those sites to see how things change over time.”

Women in science, like Stephanie, support our national parks by collecting and analyzing the data that park superintendents and resource managers need to make key decisions on how to manage their parks for long-term preservation.

“We’re providing the science to back up their management decisions. They’re often really busy because it’s a lot of work to manage all the different factors of a park. So, we’re giving them a really nice tool to help with that.”

A Path to Working in Science for the National Park Service

Stephanie received a degree in ecology from Northern Michigan University with a minor in outdoor education and interpretation. She initially planned to focus on experiential outdoor education, but first wanted to gain more experience with the actual plants and animals she’d be describing as a naturalist. To do so, she applied for an internship with Cedar Creek Ecosystem Science Reserve, a large research station in East Bethel, Minnesota run by the University of Minnesota.

In this position, Stephanie helped manage the reserve’s experiments looking at the effects of climate change on plants. These experiments included increasing the temperature or carbon dioxide level over different plant plots. This is also where Stephanie got her start in plant monitoring, observing plants on oak savanna and prairie habitats where prescribed fires were held in different frequencies. She was tasked with collecting data on which plants were growing in these areas and how many.

“I very quickly had to learn a couple hundred plants and then go monitor,” Stephanie reflected. “I really enjoyed it. And, because it was an internship, I also received a lot of career development and met people who actually knew what kind of jobs were out there in this field.”

From Minnesota, Stephanie received a placement through the Conservation and Land Management Internship Program and was bound for southern California’s Mojave Desert. In this role, she worked on a program called Seeds of Success with the Bureau of Land Management’s Plant Conservation Program. The program’s goal was to develop a robust seed bank for restoration purposes should a large-scale disaster occur.

While collecting seeds and learning about new plants in the desert, Stephanie also grew an appreciation for wide open spaces. This came in handy when interviewing for her first job with the federal government through the U.S. Fish and Wildlife Service. The position would be based in North Dakota and focus on habitat management for waterfowl.

“That job was my introduction into the prairie,” Stephanie shared. “When I got hired in North Dakota for that job, my interview was very brief, but one of the things the person hiring me said was, ‘I see you’ve worked in the desert, so you are OK with wide open spaces. I think you’ll do great here!’”

From that role, Stephanie moved into her current position with the National Park Service. She has filled that role since 2013 and continues to enjoy the region’s vast expanses and biodiversity. 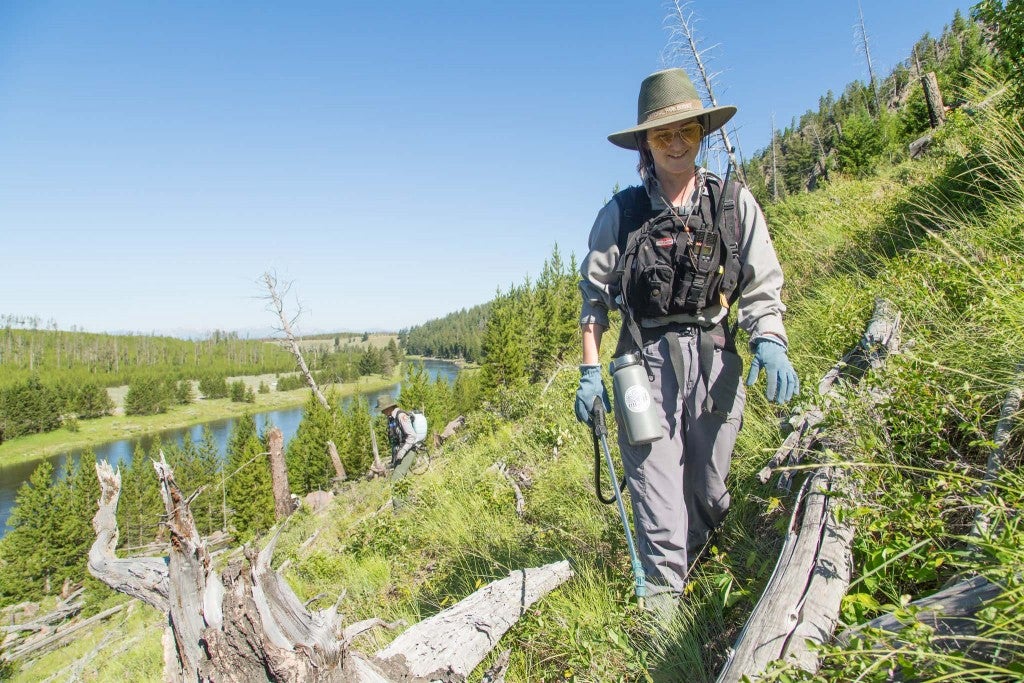 “I’ve been really lucky to have had the opportunity to work for a lot of women, which isn’t always a common thing in the natural resources field.”

Stephanie admits that the upper levels of management within the Department of Interior could still use more women in science. “But within the Inventory and Monitoring Program, there are a lot of women. And it’s pretty great,” she concluded.

There’s no doubt that other women in science have been a positive influence for Stephanie as she built her career with the park service. She takes pride working with other women and aims to support fellow women in science in reaching their goals and finding their community within the field. Her advice is simple.

“Just do it!” Stephanie exclaimed. “Do what you like, and find a support network. That network might not be very many women—it might be a lot of men—but try to find a real support network. Those people become like your family. I have a really great work family, and that is half of what makes my job fun. Also, find a mission you believe in. I work with the National Park Service. National Parks are pretty awesome, so it’s fun to be a part of the mission to protect them in my own way—in a way that a lot of people don’t even know happens, the behind the scenes.”

Stephanie Rockwood’s excitement over grasses, flowers, and trees is contagious. She has an appreciation for the parks of the Northern Great Plains Network as though they are old friends. She has a philosophical way of noticing the plants’ details.

“I like when a plot has a cool rock outcrop with plants growing on it,” Stephanie shared. “The plants that grow on a really challenging substrate, like rock or gravel, are often highly specialized in some way. They are usually really small, sort of like alpine plants. They have a really challenging life to live every season, so they don’t get very big, but they’re always really beautiful.”

Stephanie was kind enough to share some of her favorite plants with The Dyrt and give us some insight on where you can see their beauty for yourself. If you have little ones, bring them along to play botanist for the day—they might just be inspired to become the future women in science protecting our national parks.

In Stephanie’s own words, the top five coolest plants in the Northern Great Plains Network follow: 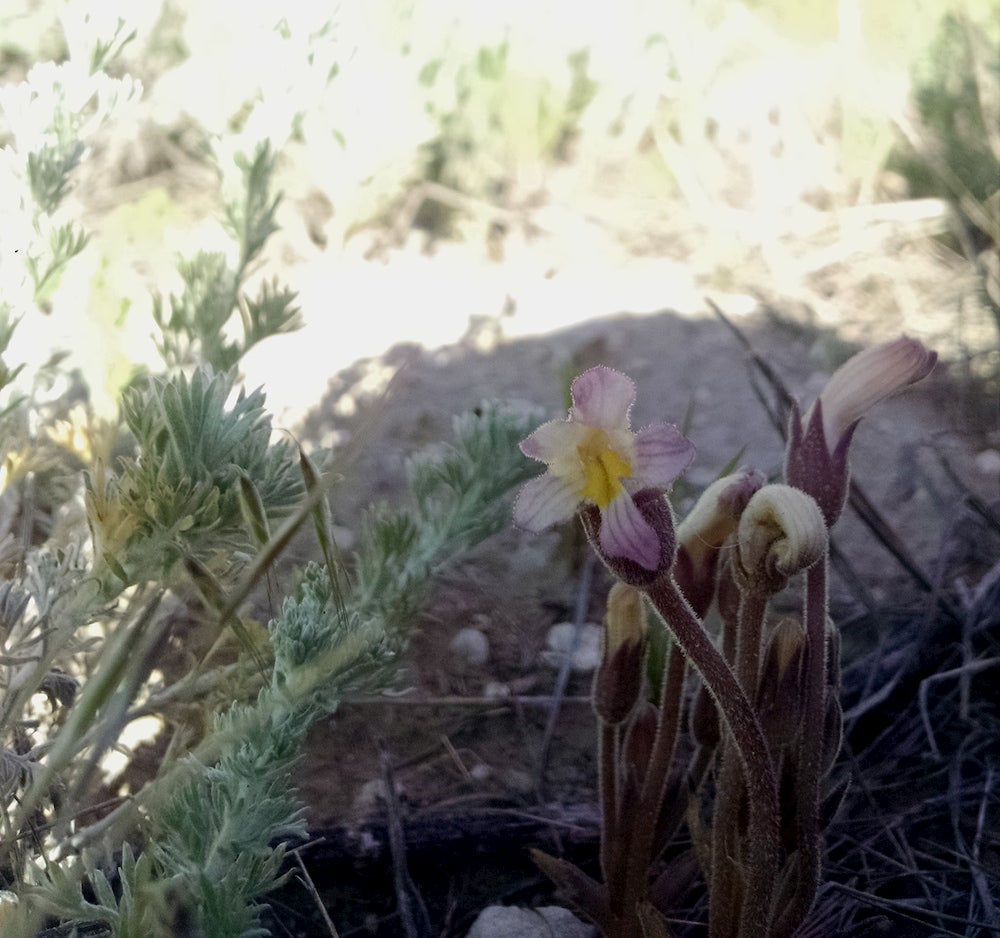 Yes, that is indeed it’s common name. Not the most attractive name for a lovely and weird plant. The New York Times even had an article about it. It’s cool, though, because it is a hemi-parasitic plant, found in grass across the Great Plains, growing with women’s sage. 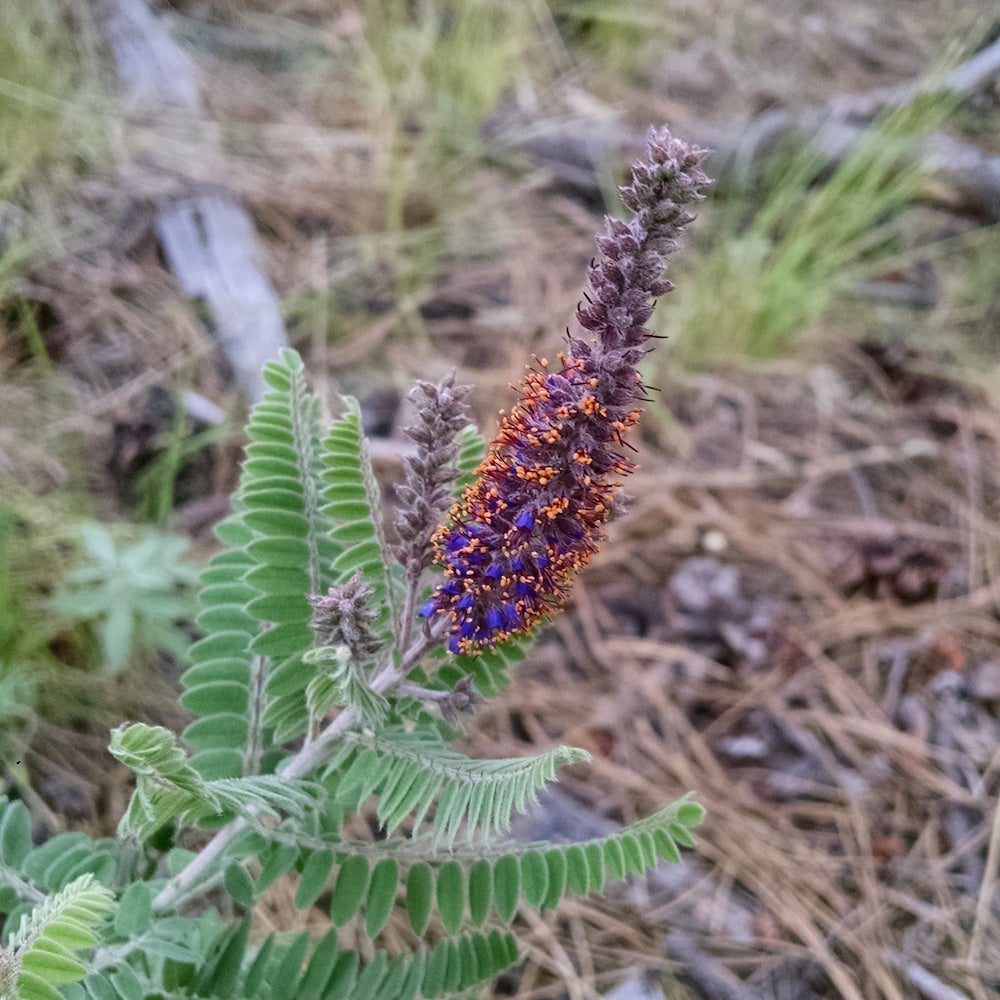 Found across the prairies and savannas. This one has been a favorite late summer love of mine since we first met, very early in my career. Because look at those golden orange anthers against those deep indigo petals. So. Hot! 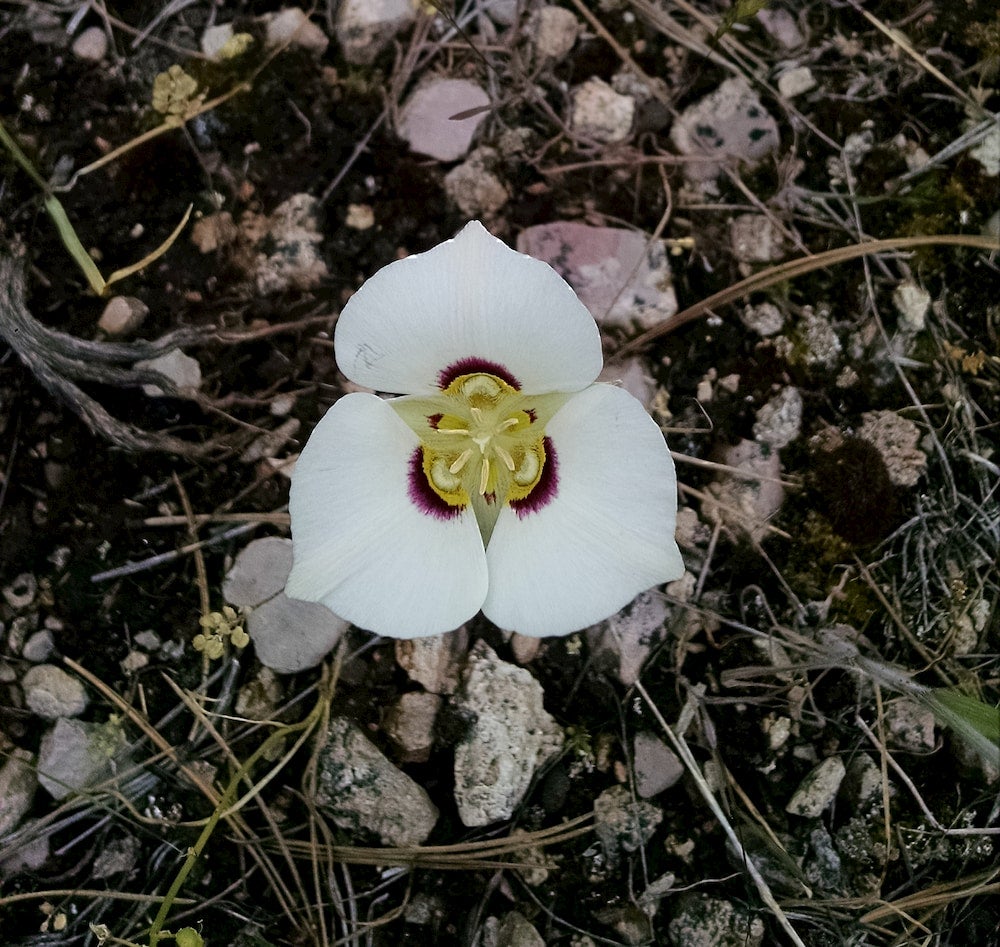 An earlier summer find across the West, on dry and shrubby slopes—often seen in Badlands National Park! It’s cool because of the way that it is. 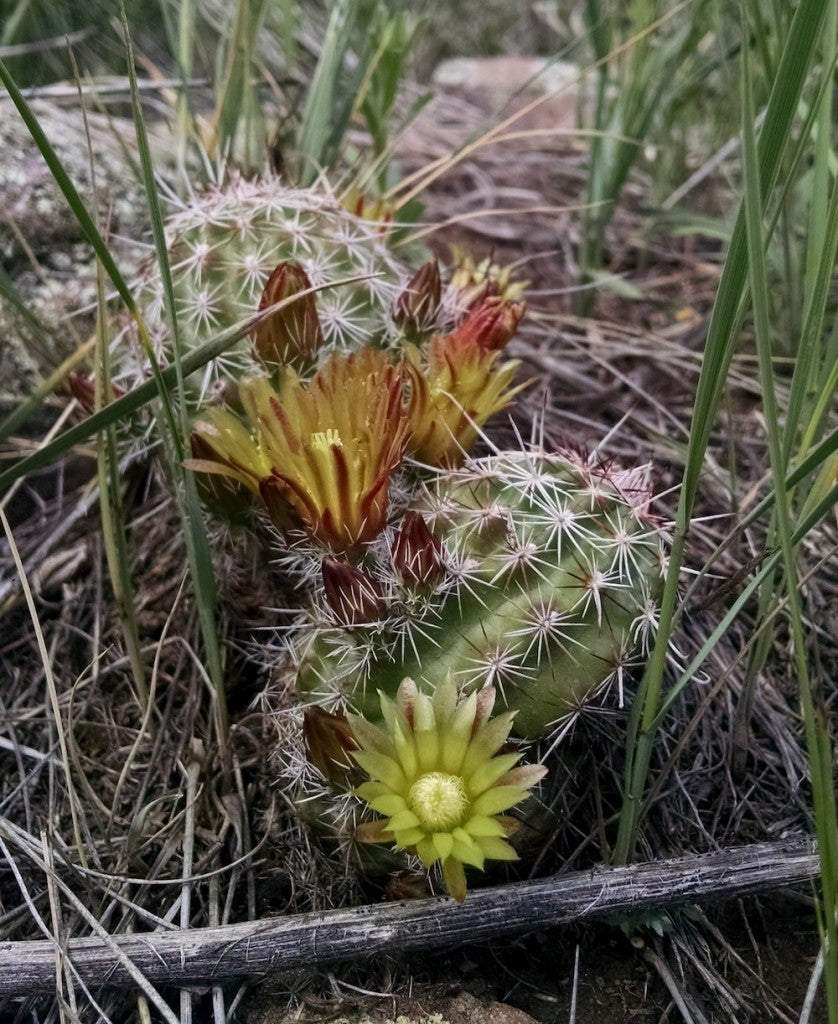 A cactus! A neat find always, but extra special in early summer (around June) when you catch it flowering. Small, and often goes unnoticed. I see it every summer in Wind Cave National Park, but it also grows in most of the middle United States. 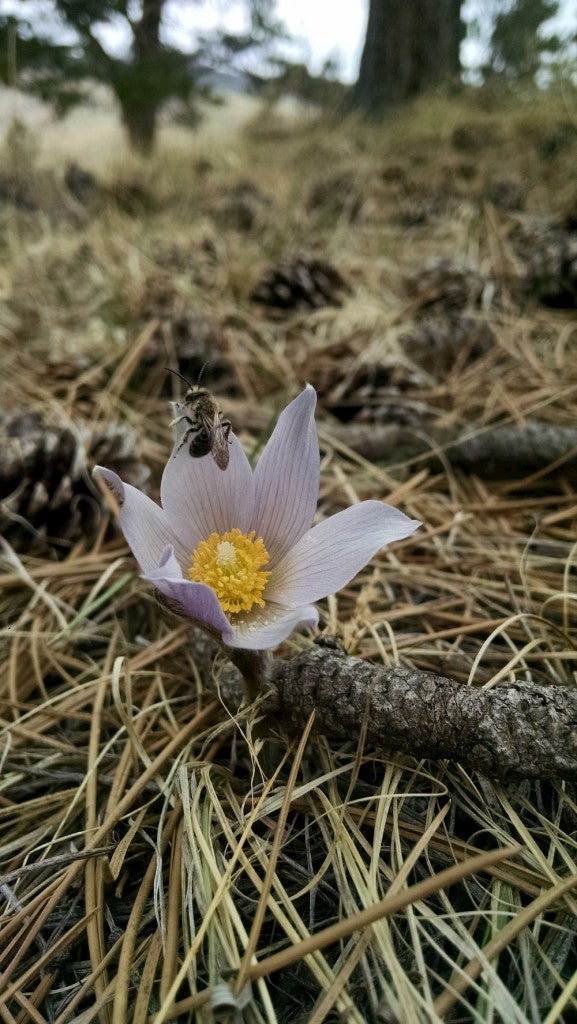 South Dakota’s state flower. A perfect choice to represent the state, as it is one of the first plants to show up in the spring, sometimes with some snow still on the ground. It’s a happy symbol, bringing cheer after a long winter. And it’s stinkin’ cute. Usually found in grasslands and open south-facing woodlands throughout the Great Plains. 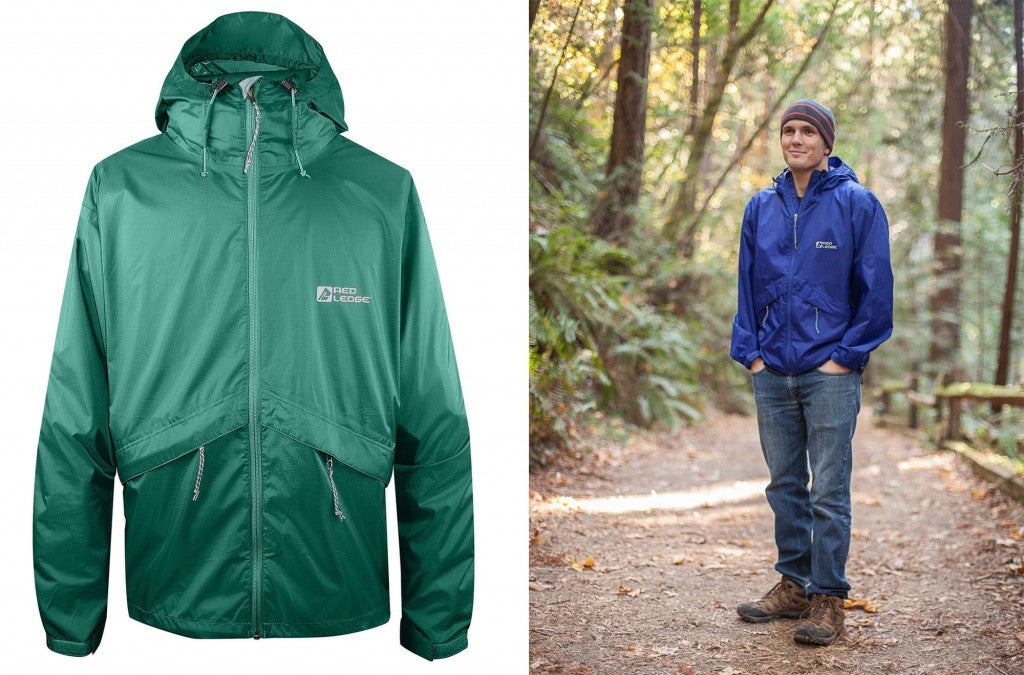 This Packable Rain Jacket is Great For Lightweight Backpacking

For 25 years, Red Ledge has created durable rain gear for outdoor enthusiasts who spend months on the trail – rain or shine. Their affordable,… 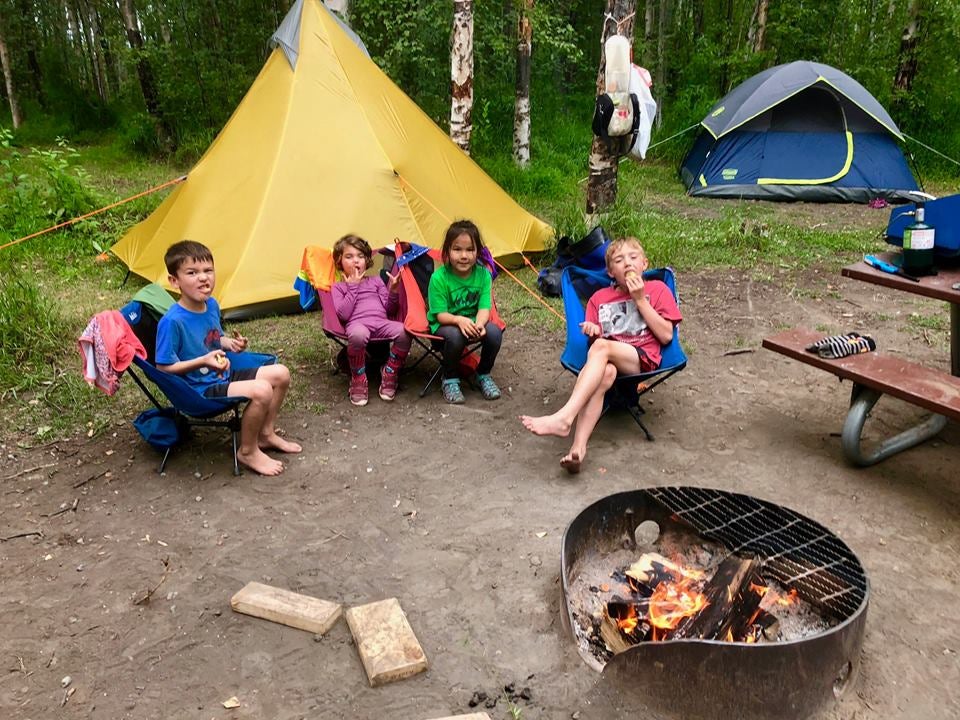 Some of my favorite childhood memories are of camping with my dad. We’d go on hikes, spend hours fishing the lake or creek, have campfires…