How I Found Last Minute Camping at Devils Tower 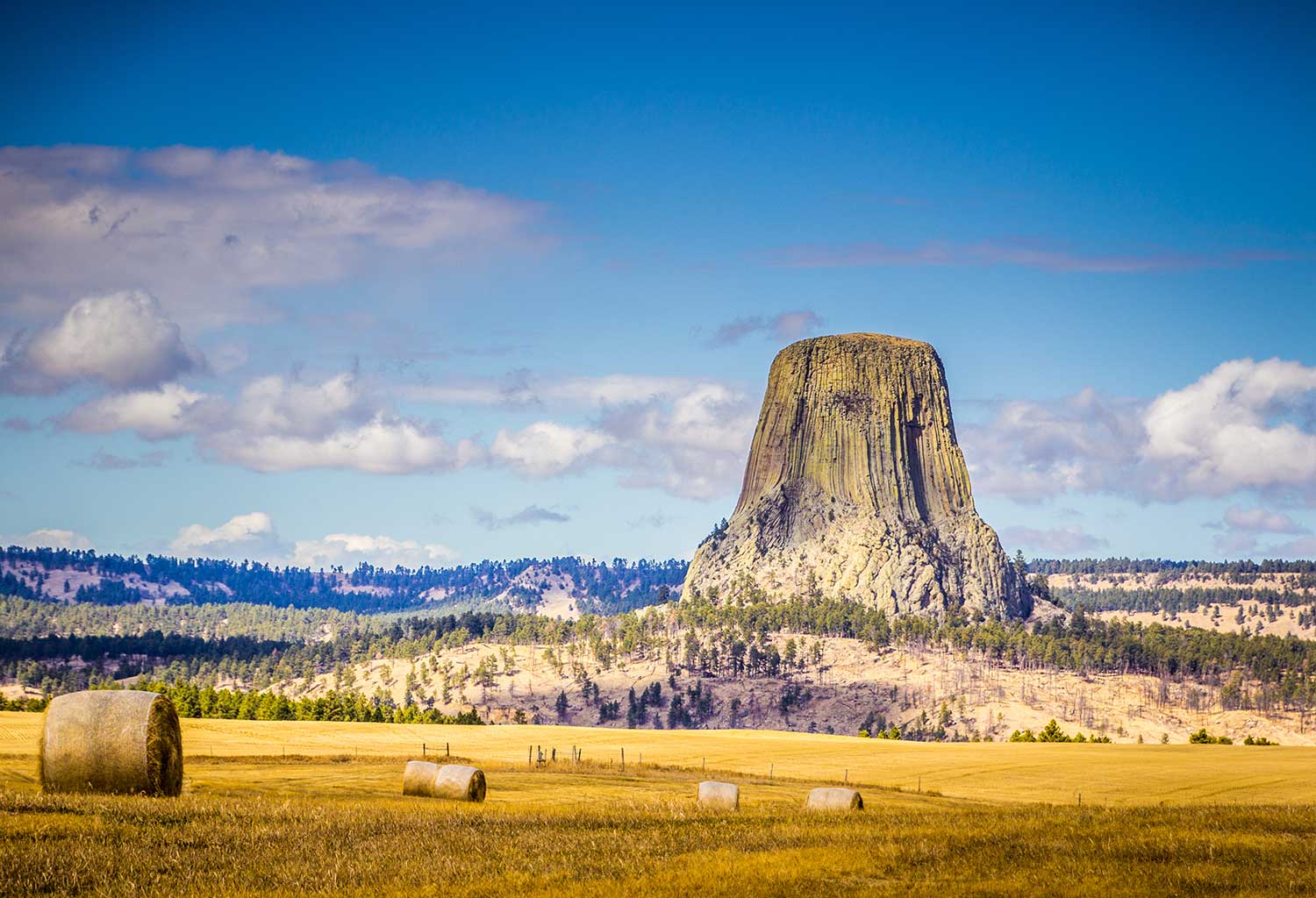 I was sitting in the glow of my computer’s blue light when I realized it was September. Inadvertently, my face scrunched up, as if wincing in pain. A pang of anxiety shot up my chest. The summer months had slipped through my fingers, and I’d spent more of their hours basking in this digital glow than soaking up the sun’s light. I needed a remedy. Something fast. I opened a new tab in my browser and searched: Devils Tower camping. 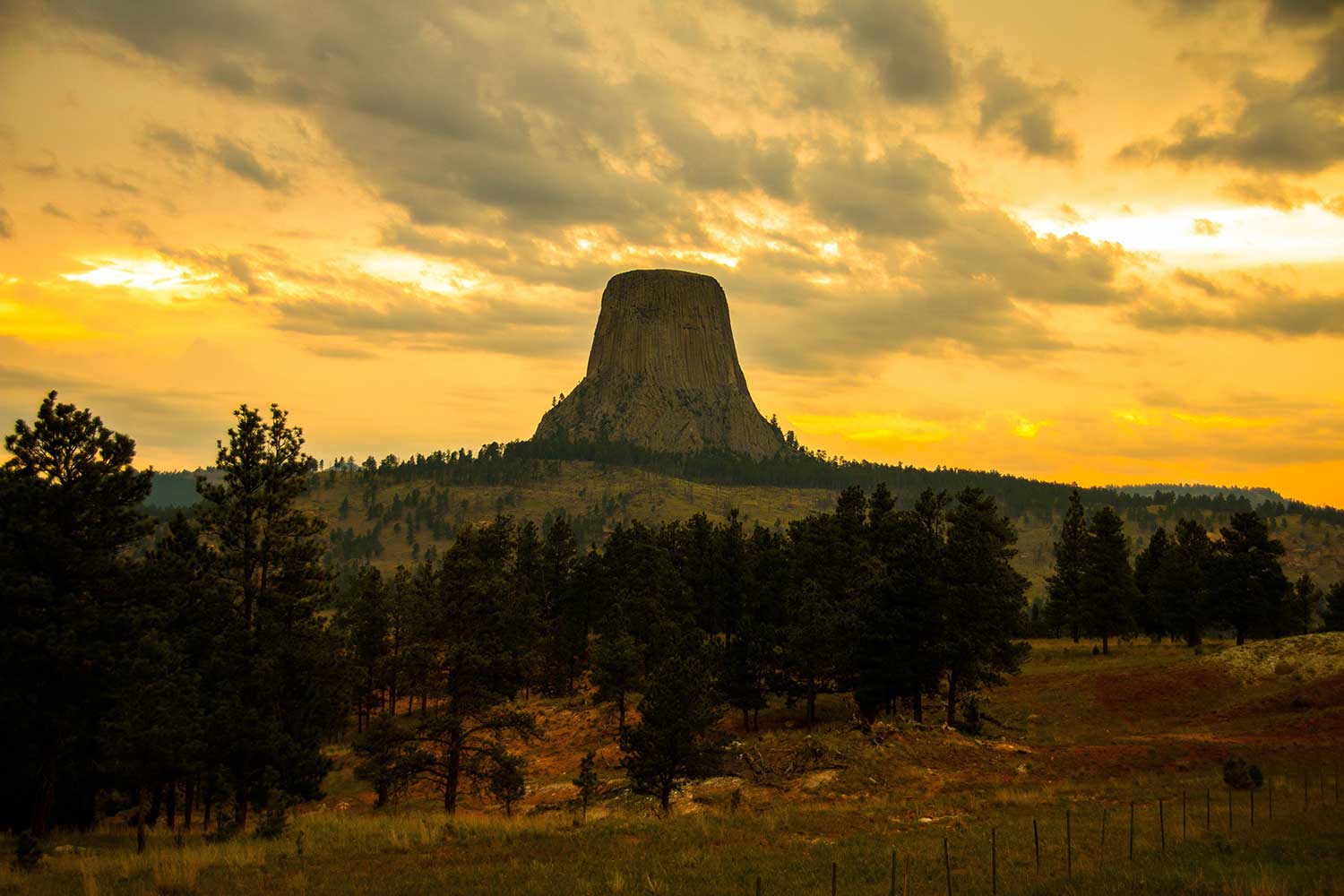 Devils Tower is a peculiar geological formation. The igneous rock butte looms high in the surrounding prairie, measuring 867 feet from base to summit. It spots you before you spot it.

In his book, The Way to Rainy Mountain, Pulitzer Prize winner and member of the Kiowa tribe, N. Scott Momaday, describes the experience:

“A dark mist lay over the Black Hills, and the land was like iron. At the top of a ridge I caught sight of Devils Tower upthrust against the gray sky as if in the birth of time the core of the earth had broken through its crust and the motion of the world was begun. There are things in nature that engender an awful quiet in the heart of man; Devils Tower is one of them.” 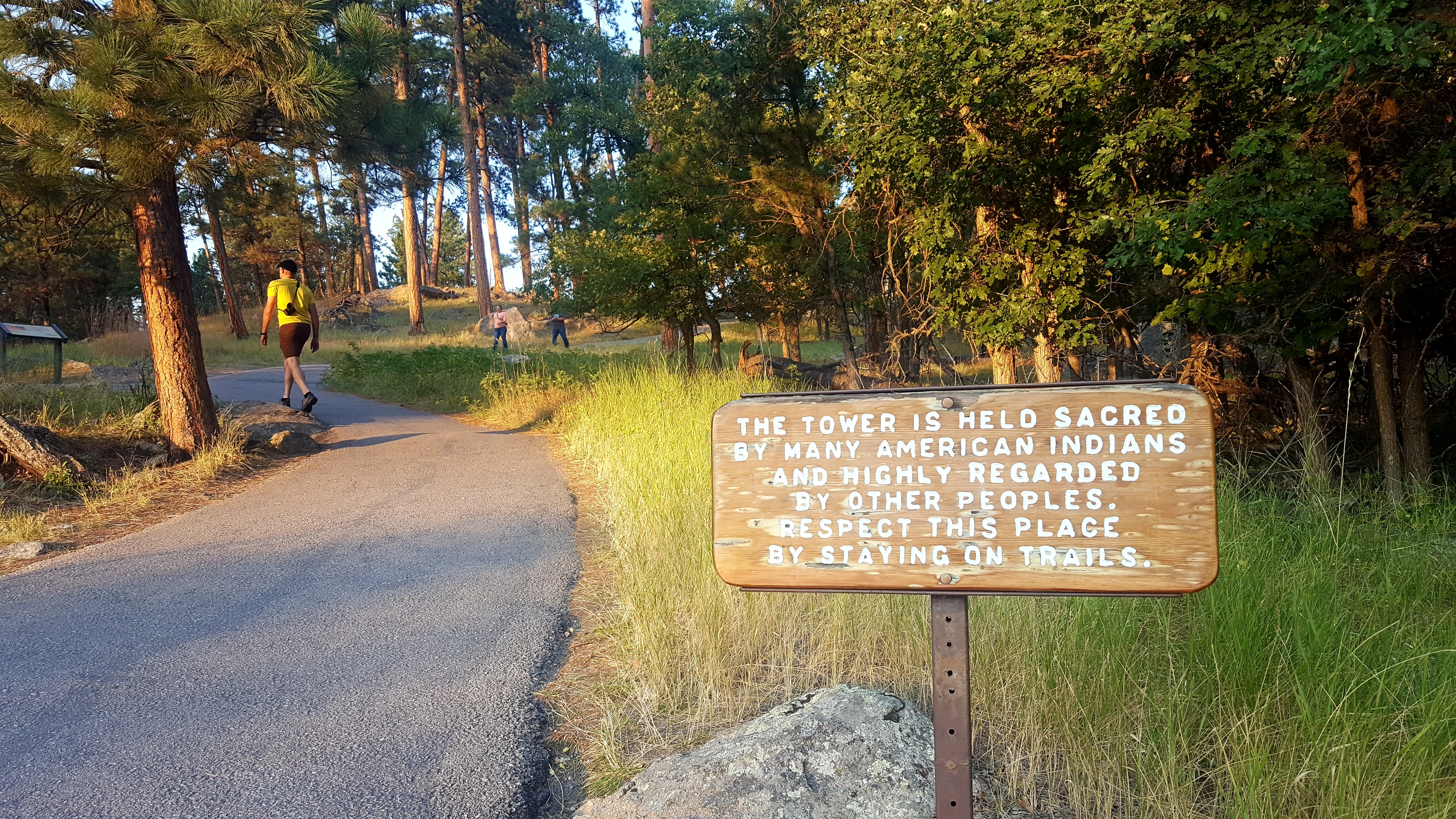 Geologists agree that intrusion, or the entry of hot magma between existing rock formations, formed the monument. What they can’t agree on, however, is how that process took place. The most common theory is that the formation cooled underground and was only later exposed due to erosion.

Beyond the geology, the tower holds legends of great importance to the area’s indigenous peoples. Several tribes have connections to the monument, including the Lakota, Cheyenne, Crow, Arapahoe, Shoshone, and Kiowa. Many oral histories tell of the tower’s creation, and of seeking safety or renewal there. Park staff work with local tribes to ensure respect of the tower’s cultural and spiritual significance. Today, traditional sweat lodges, sun dances, and prayer offerings still occur at the monument. 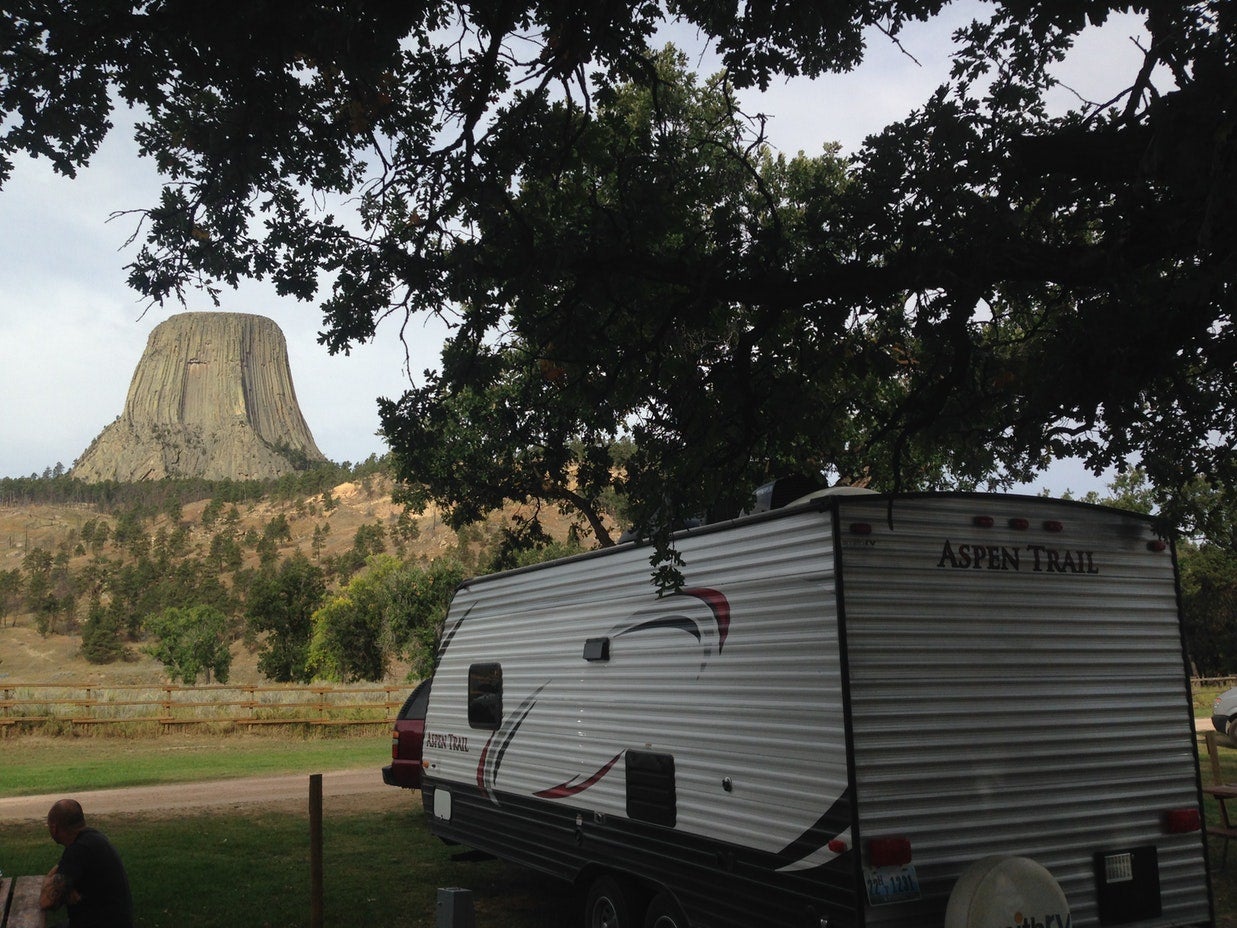 Devils Tower is a quick two-hour drive from the southern end of South Dakota’s Black Hills where I live. The proximity made a Devils Tower camping trip the perfect option for a last minute escape. After my quick Google search, I wrapped up work as quickly as I could, loaded up the car with my boyfriend, and hit the road. Despite my haste, I knew we were getting a late start for still needing to find a camping spot.

We caught our first glimpse of Devils Tower a handful of miles out from the park’s entrance. I could already feel its magic working, the tension in my shoulders releasing. Eroded rock walls of oxidized iron-rich minerals displayed a burnt red in the surrounding terrain. Deep green pine trees offered a flawless contrast.

We showed our annual park pass at the fee station and quickly drove over to the first come, first served Belle Fourche River Campground. This 2-loop, 46-site campground is the only Devils Tower camping allowed within the park itself. Belle Fourche River Campground has 4 accessible sites and 43 sites with room for RVs up to 35 feet. The campground also has restrooms and spigots for drinking water. It’s open May through October, weather permitting.

After a quick drive through the campground, we spotted a few open spots toward the back of the loop that looked just right. Given the descending sun and the convenience of being able to stay so close to all of the park’s hiking trails and amenities, our big camping question seemed answered. However, last minute trips never seem to be quite that easy.

Campground registration requires exact cash. Luckily, just outside of the park, across from the Devils Tower KOA, is the Devils Tower Trading Post, which has an ATM, and, arguably more important, ice cream. We got the $20 and fudgsicle we needed to camp, and drove back.

Within this time, the campground had nearly filled up. We also learned that the ideal sites we’d seen in the back were considered group sites. They can accommodate up to 20 people and 4 cars (though I would say pretty tightly), and cost $30.

We put the camping question back on hold and headed to the tower.

The Many Colors of Devils Tower 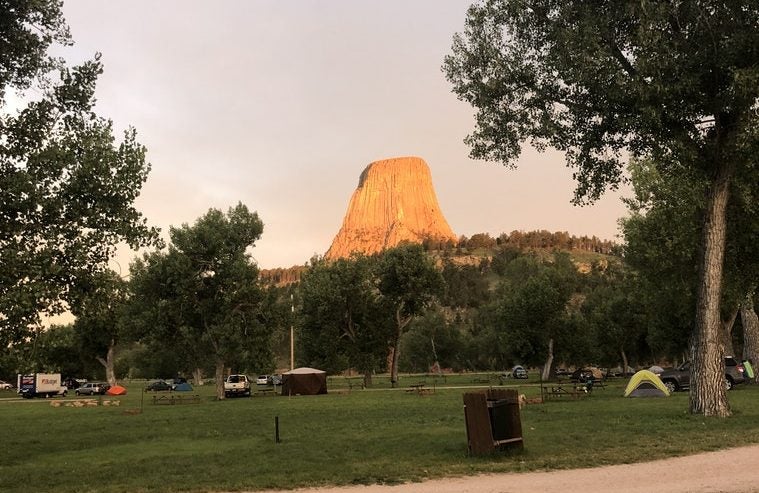 We were too late to explore the park’s visitor center or attend a ranger talk, but there were benefits to experiencing Devils Tower later in the day.

While earlier my car’s gauge had picked up temperatures in the nineties, the air had now cooled to a comfortable degree for hiking. As we began the Tower Trail, the park’s most popular 1.3-mile paved loop around the base of the tower, I also noticed how quiet the trail was. It was a far cry from the warnings I’d read about the parking lot reaching capacity by 10am during the summer.

Finally, there were the colors. Seeing Devils Tower up close during golden hour was stunning. With each slight change in the setting sun’s angle, the tower’s columns and cracks blended into new shades. Colorful prayer flags left on nearby branches fluttered with the wind in unison with the tower’s hues.

The hiking loop felt disorienting next to the tower’s beauty and mass. It was hard to place myself in the world. It was just what I needed after chasing so many to-do lists. I tried to imagine what it must feel like for those who climb the tower, dangling so tiny against such grandeur.

From Blue Light to No Light 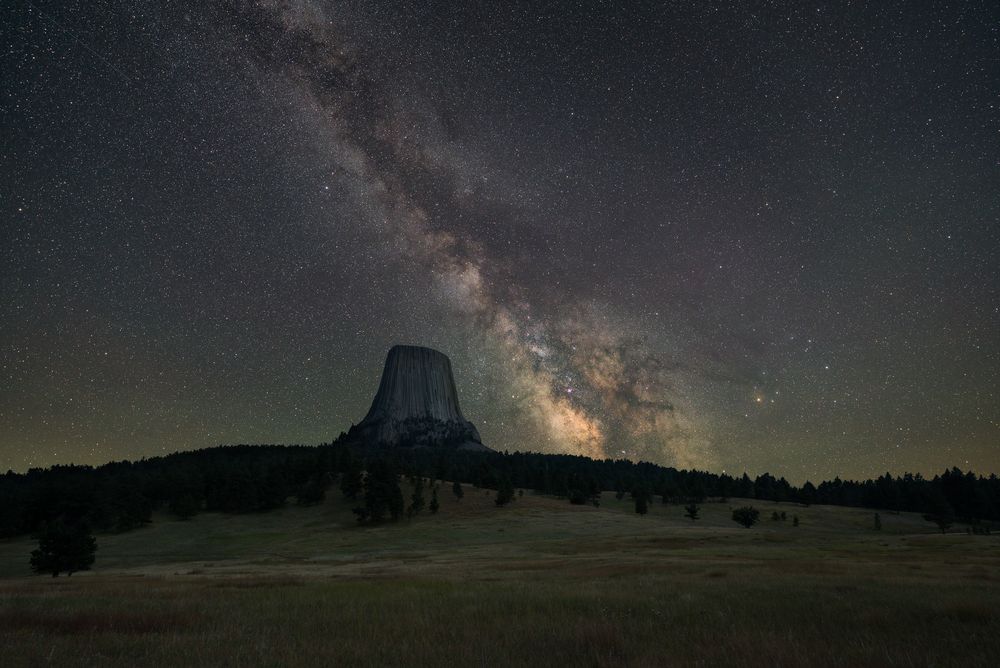 We could see stars faint in the sky and knew we still needed a place to sleep. I pulled out my phone and used the park’s remarkably good reception to look for other Devils Tower camping options.

However, enamored by the stillness we’d experienced in the presence of the tower, we knew an established campground would no longer do. We looked up the fastest route into the national forest and headed east for quieter pastures. We planned to find a good spot for dispersed camping down the first dirt forest access road we saw.

When opting for dispersed camping, finding a good site is much easier in the daylight. Luckily for us, however, after we turned onto Co Rd 204 from WY-24 E, we were able to find several wide spots in the road, visible even in the dark, where we could pull out. We chose a grassy patch tucked off into the trees, did a quick survey of the area with our flashlight, and settled into our new home for the night.

As we ate our rehydrated three bean chili, we turned off our headlamps. It was the darkest place I’d been in a while. The Milky Way looked magical across the black sky. There were no computer screens to dampen it, no blinking notification lights to disrupt it. I was finally disconnected, and I felt entirely connected. 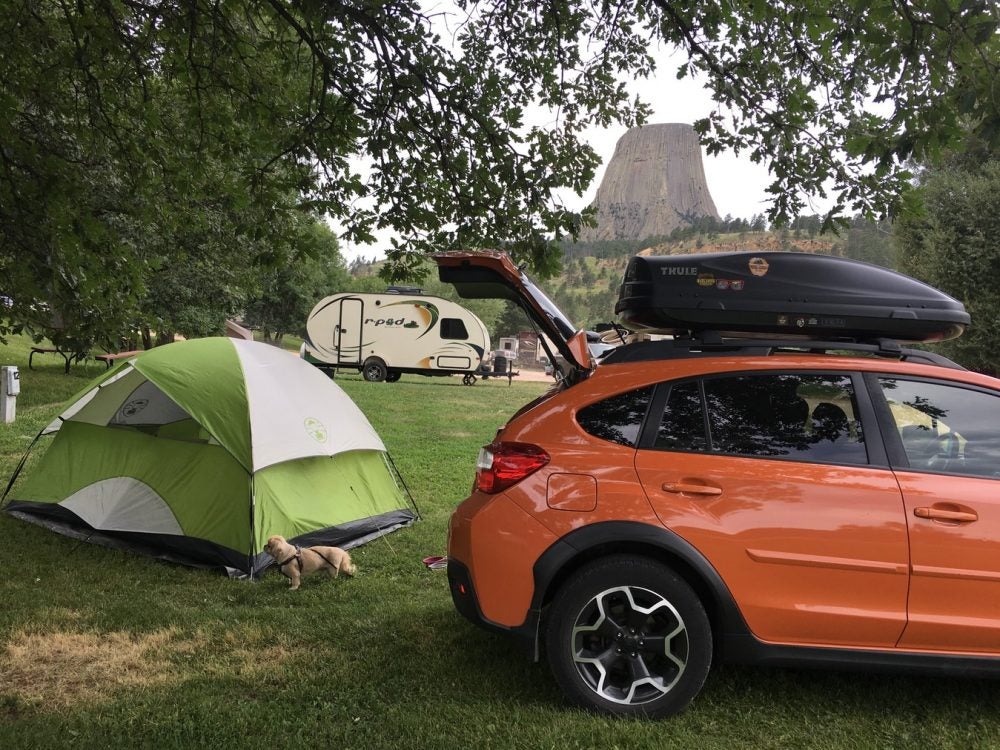 Arriving in the night has the benefit of waking up to see the beauty unveiled by morning. We leisurely packed up camp and hit the road again, but with a much different pace than the day before. It had been a race to get to Devils Tower last minute, but now we could take it slow. Our drive home included plenty of stops to enjoy the northern side of South Dakota’s Black Hills.

We had breakfast in Belle Fouche at Patty’s Place, where the food wasn’t exactly tasty, but was certainly endearing; it was endearing in the sort of way where I could imagine my grandma in their kitchen cooking everything in leftover bacon grease. We sipped fantastic coffee at Blackbird Espresso in Spearfish before hopping on the Spearfish Canyon Scenic Byway to gaze at Bridal Veils Falls and hike the Roughlock Falls Trail.

By the time we’d made it home, I felt refreshed. The anxiety I’d experienced just a day before had calmed. A last minute Devils Tower camping trip was exactly what I needed to hold on to summer’s adventurous heart, even as the leaves began to fall. 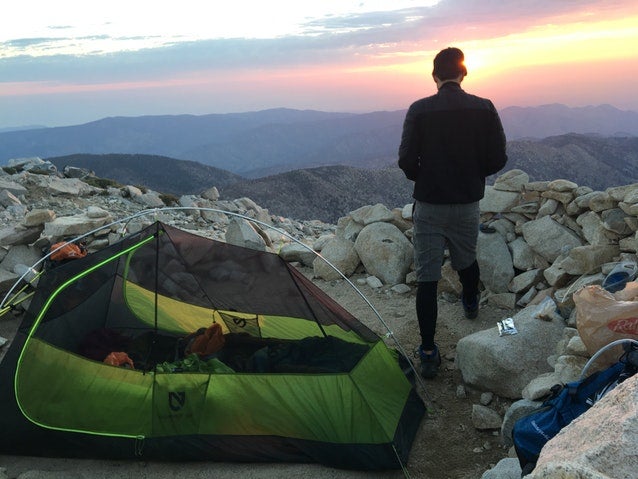 As the tallest mountain peak in Southern Caliornia, San Gorgonio is full of challenging bucket-list hikes to conquer. These are trails that even the most… 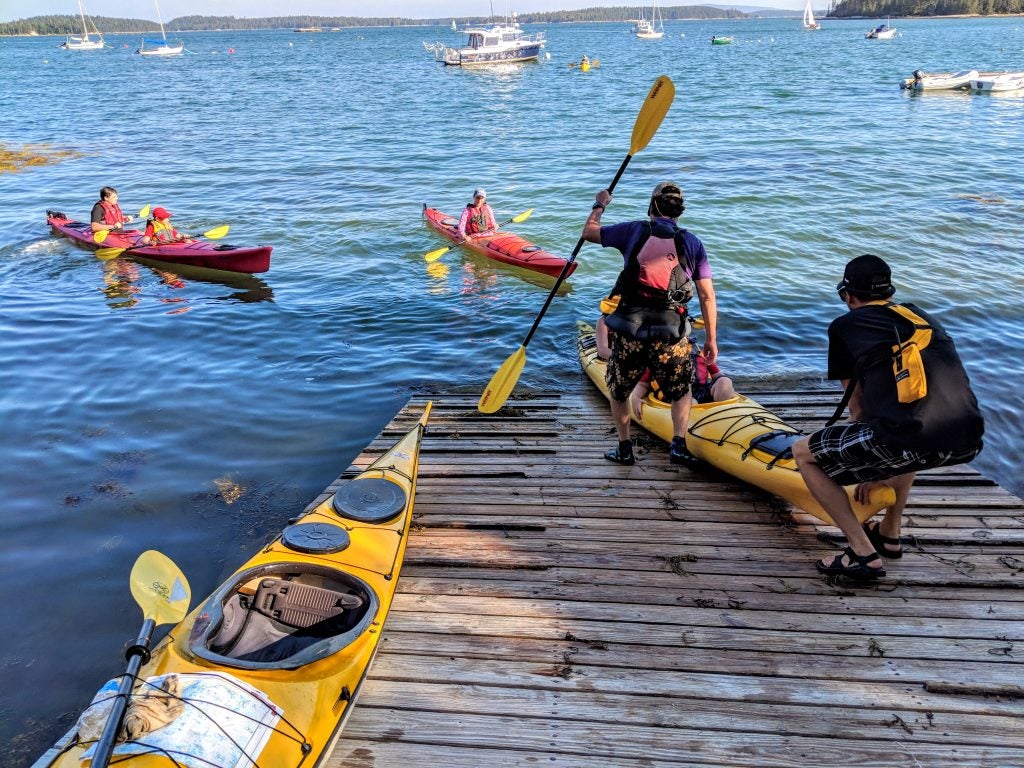 Full-Time Campers on The Reality of Working in "Paradise"

Shari and Hutch live on the road full-time in their vintage “canned ham” trailer. This week they’re covering the necessary evil of full-time camping: balancing work…