This Retired Couple is Hitting the Road, Despite a Dementia Diagnosis 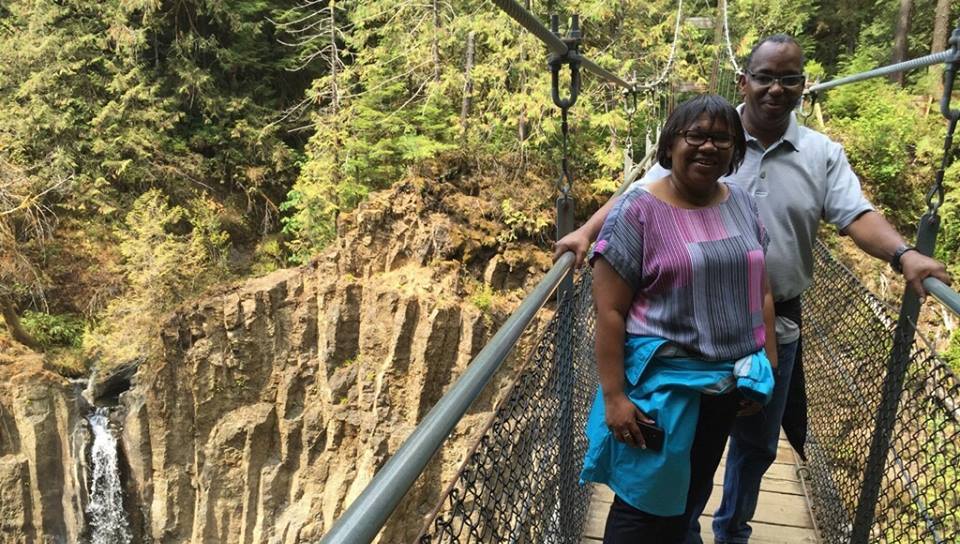 Myrna and Sheldon Green are seasoned pros when it comes to packing up and moving to a new destination. For 12 years, the couple followed military orders to Montana, Florida, Alaska, and Nebraska as Sheldon served in the United States Air Force. All that packing may sound exhausting to some, but Myrna says it runs in her blood.

We meet on a Saturday in April, and the couple exchanges frequent inside jokes and “I love yous” as we talk about their past and future. In the small amount of time I spend with them, it’s easy for me to assume they’re just like any other couple in their late 50s or early 60s—enjoying retirement, spending time with the grandkids, traveling across Route 66 in an RV. And in many ways, they are.

Sheldon is retired from his post as an architectural designer, a career he picked up after completing college through the GI Bill. Myrna is also retired from working for over 20 years in the hotel industry. They live within an hour’s drive from all of their grandchildren and they’ve recently purchased Clovis, a 2018 Ram City Wagon, which they’ll convert to accommodate a memory-foam bed and gear storage.

But their retirement isn’t exactly playing out the way they planned. On September 6th, 2016, Sheldon was diagnosed with vascular dementia. 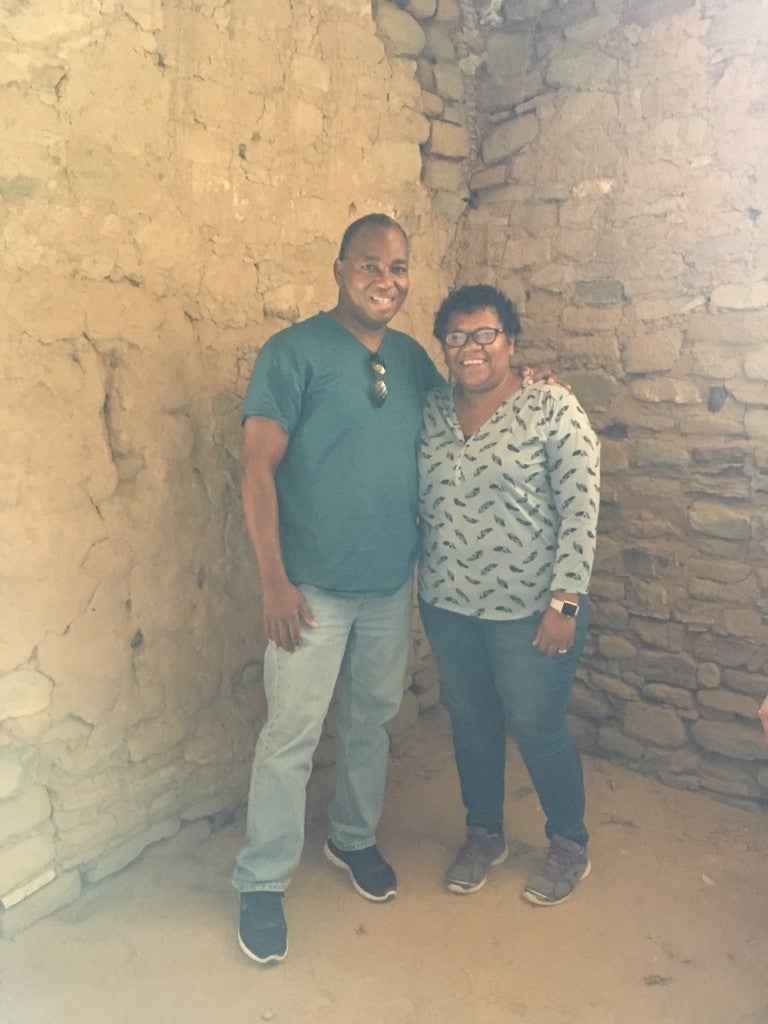 Image of Myrna and Sheldon

Adults are most commonly diagnosed with one of four types of dementia: Alzheimer’s, Lewy body, frontotemporal, and vascular. In Sheldon’s case, vascular dementia symptoms (including confusion and difficulty with speech) appeared following a stroke in 2012. The doctor read his vitals as he sat in a sterile room, and the outlook was bleak. “His blood pressure was 200/180 and the doctor told us he should be dead,” Myrna says.

Vascular dementia has to do with a lack of blood reaching the brain, which can be caused by a stroke or other conditions that damage blood vessels or reduce circulation to the brain. Vascular dementia leads to memory loss, a reduced ability to make decisions, trouble concentrating, and depression. Sheldon tells me he isn’t too worried about depression.

“My mantra is this,” he says. “Stop thinking about what you can’t do and ask yourself what can you do?” Sheldon and Myrna have always lived by this motto, though it’s become more relevant since his diagnosis—as have his relatively morbid jokes. In the nearly two hours I sat with the Greens, Sheldon turned to Myrna multiple times to say “Who are you?”, and she’d say “Stop that!” with a gentle wrist slap. It’s clear that throughout his diagnosis, Sheldon hasn’t lost his sense of humor.

Myrna and Sheldon’s Wild Past

The Greens have lived in some wild and remote places, where they’ve found a connection to the outdoors. They tell me about raising kids in Alaska and Montana, and the various creatures and critters they encountered. Before Myrna landed a job in the hotel industry, they used to load up the van and take the kids out for camping trips on the public land of the Last Frontier.

They tell me of one particularly memorable camping trip, when Sheldon cooked marinated ribs. Gourmet food over a campfire or BBQ was common for Green family camping trips.  Once the ribs were over the fire, Sheldon walked over to a bush behind their tent to dump the remainder of the marinade.

It was too late for Myrna to stop him. “I asked him if he thought that was a good idea, and he replied, ‘It’s done now!’” Myrna says. Later that night, a rustling near their tent woke Myrna, who tried not to panic. Sheldon, (“being Sheldon”, she says) told her it was nothing—but they woke the next morning to find fresh bear scat just outside the walls of the tent.

Their wildlife encounters have been varied and extensive, like seeing moose across rivers and spotting fresh mountain lion tracks near their van. “Of course, Sheldon wouldn’t admit to seeing them,” Myrna says, “because all he wanted to do was fish!”

Fishing has been a love of Sheldon’s for a long time, though his diagnosis now prevents him from casting flies on the river. This isn’t uncommon for the stage of dementia Sheldon now experiences. While his family jokes about placing a GPS tracker behind his ear in case he wanders off, the sentiment is based in legitimate concern for their husband and father.

For Sheldon, time isn’t as linear as it used to be; thirty minutes can feel more like five. To him, wandering off feels inconsequential, whereas Myrna feels the beginning stages of panic. Many of their immediate family and friends wonder if the two of them taking off on a road trip in a converted van is a bad idea. 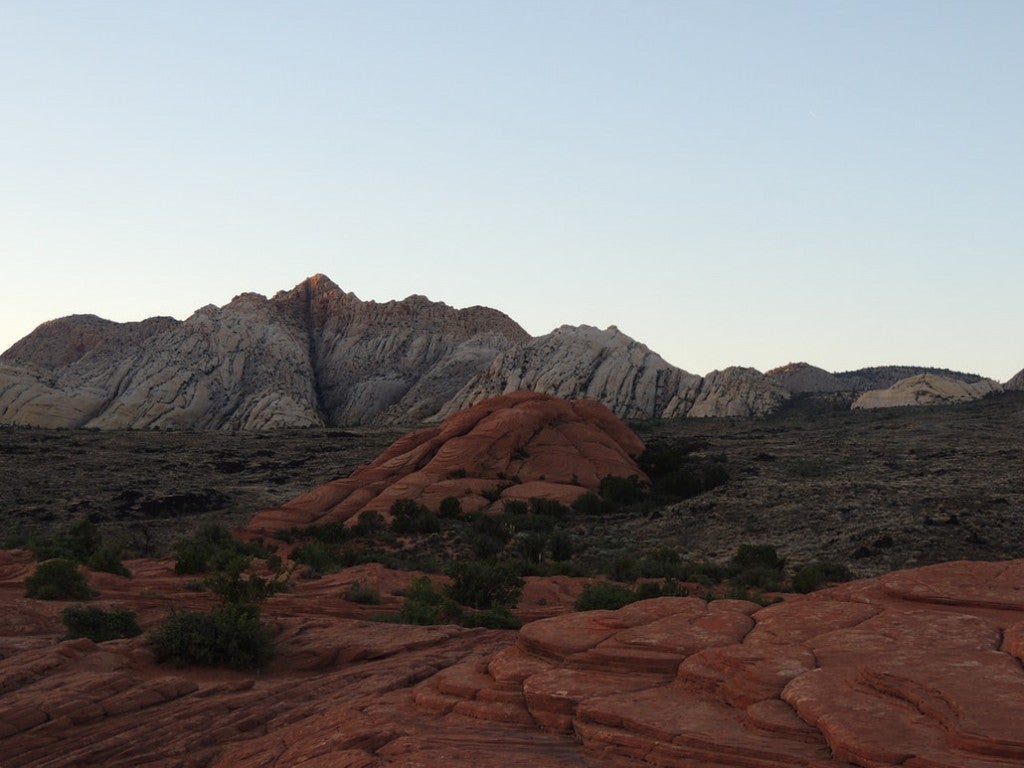 “So many people are like, ‘you’re dumb to take your husband out like that,’” Myrna says. But she refuses to let him “shrivel up and die.” Instead of staying home and binge-watching Netflix, they’ve made a plan to hit the road. First stop: Snow Canyon, Utah. After that, the open road.

Starting in June, Myrna and Sheldon will take off on an open-ended road trip across the United States. They’ve loosely planned a route that passes by friends and family scattered across the veins that pump through the heart of America.

In the process, they’ll visit Grand Teton National Park, Billings, Theodore Roosevelt National Park, Minnesota, Wisconsin, Kansas City, then head back through Colorado. “And we’re camping the whole way!” Sheldon says. Though, they’ll likely post up at a hotel or two for a little R&R once they’ve been on the road for a while.

Come August they’re set to take the grandkids to Mount Rushmore National Memorial for a week. Each child will be expected to complete a self-directed report on one of the presidents, “because I want them to feel a connection of place,” Myrna says. From there, another trip, this time south.

Their main goal is to keep it simple because things could go wrong at any minute. “We have to be able to pack up at the drop of a hat if we need to,” Myrna says. Sheldon is looking forward to the simplicity as well. When he’s surrounded by too much activity it sounds like a swarm of bees has descended on him. “Like those buzzing towers,” he says, “I can’t tell where the noises are coming from.”

Given the difficulties and some backlash from family, friends, and members of various Facebook groups, I asked Myrna why they’re doing this. Why set off on an open-ended camping trip in a brand-new rig, especially now that all their children are local and fully supportive?

“Why are we doing this?” she says. “We enjoy it. It’s like our therapy, our medicine.” She emphasized how it would feel to sit around and do nothing: “We’re all dying.” Her own father died of a heart attack three days after his 61st birthday. “He still had so much he wanted to do.”

And so for Myrna and Sheldon, the real question was: Why not now? With Sheldon’s diagnosis, the future is uncertain; what they do have is now.

While Myrna does her best to keep it together, she’s had moments at the steering wheel, at home, in public, where it all seems overwhelming. Of course she thought they had more time. But if there’s one thing the Greens are good at, it’s finding the silver lining. “We’re like ‘let’s go, let’s do it’,” Myrna says, and I tell her I can’t wait to follow along.

Mobile RV repairs can be expensive and stressful. One experienced road tripper offers her advice.  Let me spare you $1,200 in RV repairs by telling… 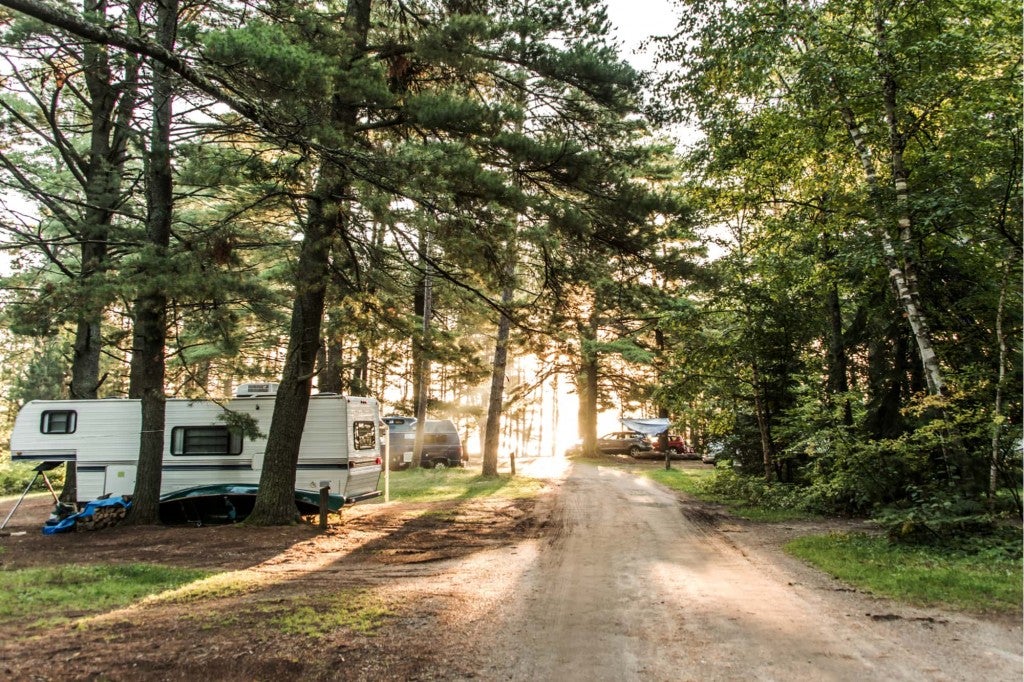 Here’s What Campers Look for in the Perfect RV Campground

Finding the perfect RV campground is like searching for a unicorn—you’re pretty sure it doesn’t exist, but you’ve still got hope that it does. And…