Update: The Latest on the Glacier National Park Fire Damage 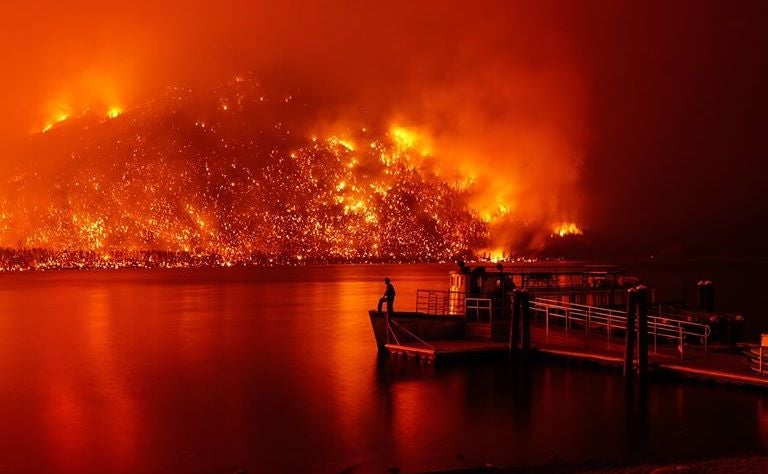 Park Officials will be reopening the portion of the Going to the Sun Road that was evacuated due to the Howe Ridge Fire weeks ago, on a limited basis at least. As of September 7th, park shuttle busses and vehicles operated by Sun Tours and Red Bus Tours will once again be able to drive along the section of Going to the Sun Road between Apgar and Logan Pass. Private vehicles are still not allowed through that area.

The East side of Glacier National Park has been operating as normal despite the evacuations of a few campgrounds on the West side, which were threatened by ongoing wildfires. Sprague Creek, Avalanche, and Fish Creek Campgrounds remain under evacuation orders. In addition, Rising Sun campground is currently restricted to hard-sided camping due to bear activity in the area. That means no tents and soft-sided campers at that site— only vans, RVs, and pickup trucks without exposed pop-ups.

The good news is that the several wildfires burning near Glacier National Park haven’t exactly gotten worse, thanks to a little precipitation. They’re still burning and only partially contained, however, so the fires’ intensity continues to depend on the weather.

Meanwhile, U.S. Customs and Border Protection has officially shuttered the Port of Goat Haunt for an unspecified period of time. That decision is due to the Boundary Fire, near Campbell Mountain and Upper Waterton Lake north of Glacier National Park, close to the Canadian border.

As long as you stick to those guidelines, however, there’s still plenty of places to camp in Glacier National Park and other Montana campgrounds while the summer season lasts.

Rain and snow are headed towards Glacier National Park, and though the several inches of precipitation will be welcome, they probably won’t be enough to put out the Howe Ridge Fire. The snow will, however, make for slick roads and tricky driving conditions.

If the Howe Ridge fire, two new adjacent blazes— the Boundary Fire and the Whale Butte Fire— continue to grow, residents and visitors may have to evacuate, though no official order has been given yet.

Fortunately, despite the ongoing blaze, much of Glacier National Park and Flathead National Forest are still open and welcoming visitors. If you want to double check air quality conditions, consult the smoke outlook for northwest Montana. To see which trails are open, you can check the park’s official trail closure list.

Further evacuations took place this weekend at the Glacier National Park fire spread to new areas of the park. Fish Creek Campground was evacuated on Sunday, and preparations are being made to bug out of Apgar Village Lodge and its surrounding businesses and campsites.

Both are at the southern end of Lake McDonald. Just a week ago, that end of the lake was opposite the Howe Ridge Fire and a good nine miles removed from the blaze, which was started by lightning strikes the evening of August 11th. Unfortunately, the Glacier National Park fire has grown from 2,000 acres to nearly 8,000. Weather officials warned that wind conditions might expand the blaze this weekend, and as predicted the wildfire grew by almost 5,000 acres since Friday, August 17th.

The danger to area residents comes not just from the flames (which nearly trapped a father and his adult son this weekend, an escape captured in a dramatic dash cam video), but from the massive amount of smoke produced by fires like these Glacier National Park officials have been working hard to keep visitors and residents abreast of air quality changes via Twitter, park webcams, and their website. That’s crucial, given how cities downwind of other wildfires burning in the West have been affected. Spokane, Washington, for example is currently experiencing “hazardous” levels of smoke from wildfires further south.

You've likely been seeing a lot of news coverage lately about smoke. Air quality questions are some of our top inquiries right now at the park. One of your best sources for information is the park's webcams. https://t.co/DduMBSG2C4 pic.twitter.com/UZadHkrO7W

Where the smoke from the Glacier National Park fire will settle— and where the fire will expand next— depends on current wind advisories. The National Weather Service issued a warning for strong north-east winds through Monday evening, with gusts up to 40 miles per hour. Those gusts may be especially fierce near Badrock Canyon and Essex, where evacuation efforts began in Thursday afternoon ahead of these predicted storms.

Campgrounds on the east side of Glacier National Park remain open, including Two Medicine Campground, Many Glacier, St. Mary, and Rising Sun. However, availability may be limited due to evacuations on the West side of the park. Many visitors have moved to the east side as conditions have deteriorated. Call ahead for the latest conditions and for updates on capacity.

Close to a week after the Glacier National Park Fire on Howe Ridge was started by lightning strikes, the fire has grown from 2,000 acres to 3,500, and fresh evacuation warnings have been issued. Thus far, the weather has held steady with little wind. That changed Thursday afternoon, prompting the Flathead County Sheriff to urge some residents near Essex to evacuate. More winds are expected this weekend along with a chance of more lightning strikes, suggesting that the Howe Ridge fire and several smaller fires nearby could escalate.

In addition to the Essex evacuations, Glacier National Park is continuing to make emergency preparations. The Missoulian reports that the Apgar Village Lodge and nearby cabins, shops, and restaurants are using hoses and sprinklers to soak the grounds and buildings as the fire encroaches from the north end of Lake McDonald, where the fire started, in a southerly direction with the wind. There is a good chance that winds could shift to the north, however, increasing the possibility that the Glacier National Park fire might also expand north towards a pair of smaller blazes at Numa Ridge and Heaven’s Peak.

There are a total of ten fires currently active in Montana, threatening not only property and wildlife, but also the tourist economy that sustains small western towns like those around Glacier National Park. While fire season just got started, it’s still peak season for outdoor enthusiasts. With several campgrounds and lodges closed on the West side of the park, not to mention cancellations at hotels nearby, KPAX reports that some estimates suggest the Glacier National Park fire could reduce revenue for Flathead Valley businesses by at least $2 million dollars.

Campers enjoying late summer at Glacier National Park were evacuated starting Sunday and into Monday after lightning strikes set the forest around Lake McDonald ablaze Saturday night. The Howe Ridge Fire is still fairly small, covering 2,000 acres, but is encroaching on the busiest end of the park and surrounding community. Despite efforts by land and air to extinguish the flames, the Glacier National Park fire continued to grow, and firefighters struggled to access the burn area. On the fourth day since the fire ignited, it seems efforts by firefighters and calm weather conditions have kept the Howe Ridge Fire contained for the time being, though the situation is still ongoing.

The Glacier National Park Fire is One of Many this Summer

Glacier National Park is now the second National Park to be significantly impacted by wildfire this year. Yosemite has been closed for close to a month due to the infernos currently sweeping California. Parts of Glacier, however, are still open for the time being, although rangers have evacuated campers from several Glacier National Park campgrounds, including Avalanche Creek Campground, the Lake McDonald Lodge, and Sprague Creek Campground. The McDonald Lodge is still closed, as is a stretch of the Going-to-the-Sun Road between Lake McDonald and Logan Pass.

So far, the Glacier National Park fire nearly burned down a ranger station and has claimed seven homes in Kelly’s Camp, a small enclave of historic cabins. In addition, a compound built by former Senator Wheeler saw several losses, though the main cabin was saved after efforts by fire crews. In addition to the Howe Ridge Fire, smoke jumpers and heli-reppelers are battling two smaller blazes at Numa Ridge and Heaven’s Peak to the north of Glacier National Park and Lake McDonald.

Melinda Walker, an employee at the park, initially reported that a ranger station had been claimed in the fire. It now seems that firefighters were able to save the structure, though it did sustain damage, and a nearby boathouse was lost, according to the latest from the Missoulian. Walker noted on August 13th that Apgar Campground and Fish Creek Campgrounds are still open, though the former is first-come-first-serve and the later is available only by reservation. Both are at the south end of the lake, nine miles removed from the Howe Ridge Fire. The east side of Glacier National Park is also still open, including the Many Glacier Hotel, Many Glacier Campground, as well as the Two Medicine Campground.

What the Howe Ridge Fire Could Mean for Glacier National Park

It’s good news that, so far, the east side of the park is untouched. Montana hasn’t seen significant rainfall in over a month, and the east side of the park tends to have dry, windy weather conditions that are more conducive to wildfire. Almost exactly a year ago on August 10, 2017, another Glacier National Park fire sparked— the Sprague Fire. It eventually claimed the beloved Sperry Chalet, a hundred year old lodge that once served the Great Northern Railway. The Sprague Fire burned 16,982 acres, and wasn’t full extinguished until early November snows smothered the last smoldering logs. That may be the case again for this latest Glacier National Park fire, which has so far resisted efforts by firefighters to douse the flames by plane with water from Lake McDonald.

It’s not even peak season yet, and already 2018 is earning a reputation as one of the worst years for wildfire on record. Big blazes have sparked up and down the West Coast, torching parts of Washington, Oregon, and California. The Mendocino Complex Wildfire in California has engulfed 300,000 acres and is considered the largest recorded fire complex in the state’s history. Smoke from Mendocino has blown all the way to New York State, and it’s still burning. Meanwhile, a thousand miles away, it remains to be seen just how severe an impact the Howe Ridge Fire will have on Glacier National Park and the nearby towns surrounding it.

This article was updated on August 15th to reflect the latest damage reports and closures in Glacier National Park. We will continue to update this article as new information becomes available.

To read more about natural disasters impacting National Parks, you can follow our coverage of the Hawai’i Volcanoes National Park eruption. 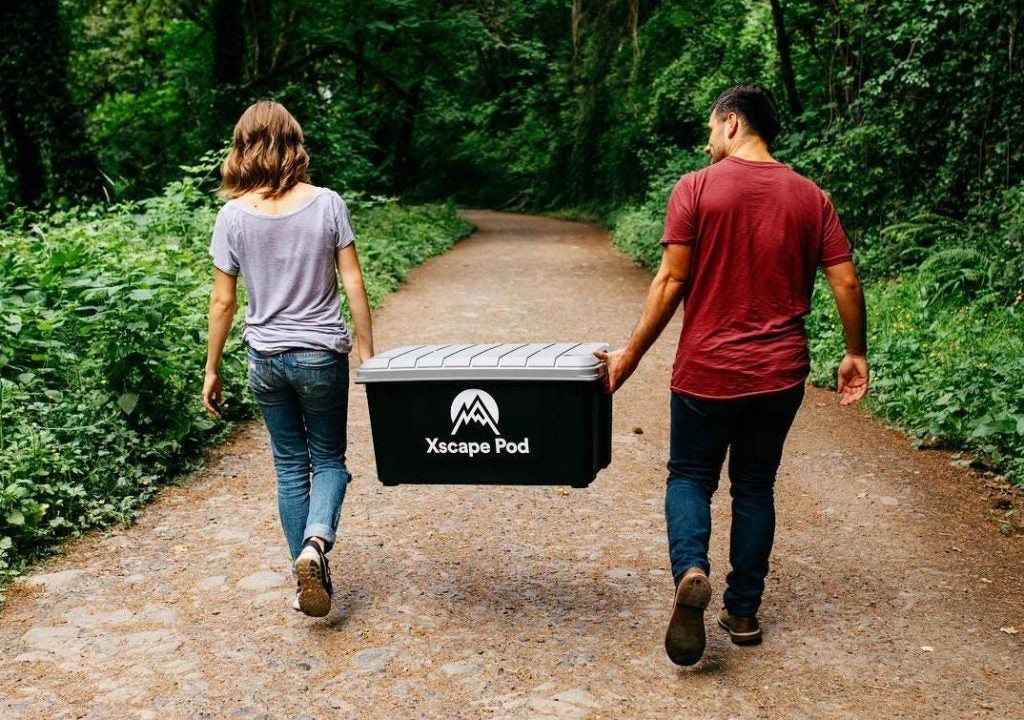 Anyone who doesn’t own camping gear has a pretty good excuse to deny any camping weekend invitations, unless they attempt to rent gear.  Purchasing the… 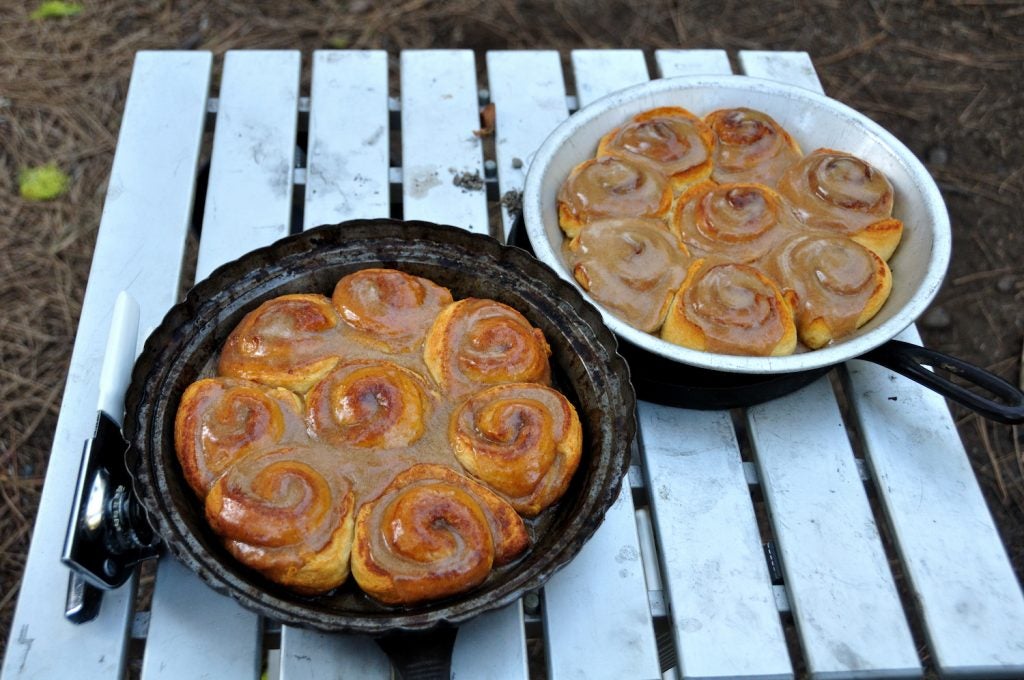 This article is brought to you by Nature’s Coffee Kettle. Their portable kettle of coffee is the perfect addition to these ooey, gooey, easy cinnamon rolls….