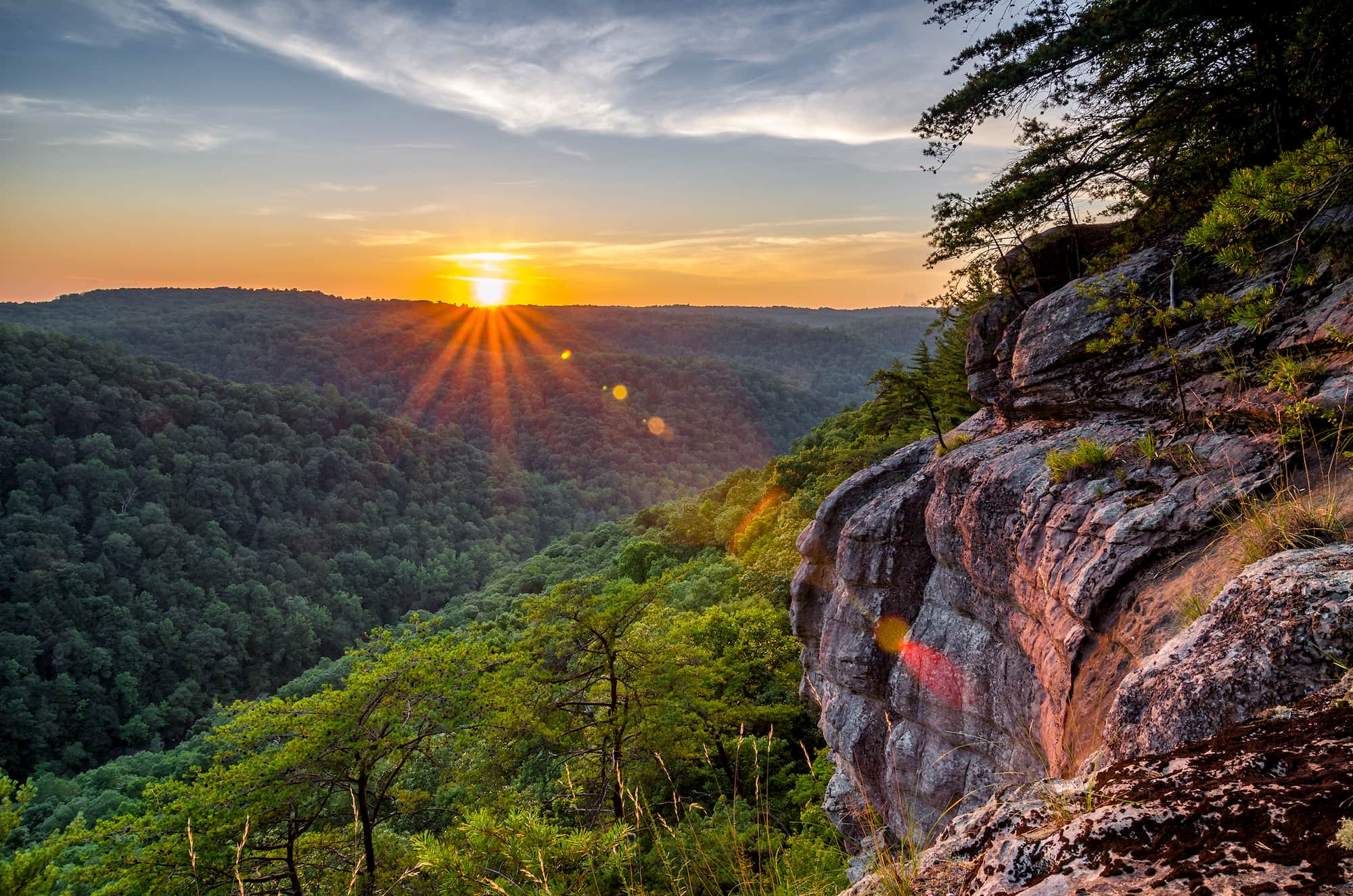 This article about Kentucky National Parks is brought to you by Tentsile. Tentsile’s innovative hammock tent hybrid products, make for a comfortable camping experience in Kentucky, or wherever else your adventures take you.

While the American West often gets all the attention for its national parks, states east of the Mississippi have just as much to offer. Kentucky National Parks offer countless scenic spots from the Appalachian Mountains in the east to the rolling hills and gorges in the west, not to mention the world’s largest cave system and several significant historic sites that make up the middle of the state. 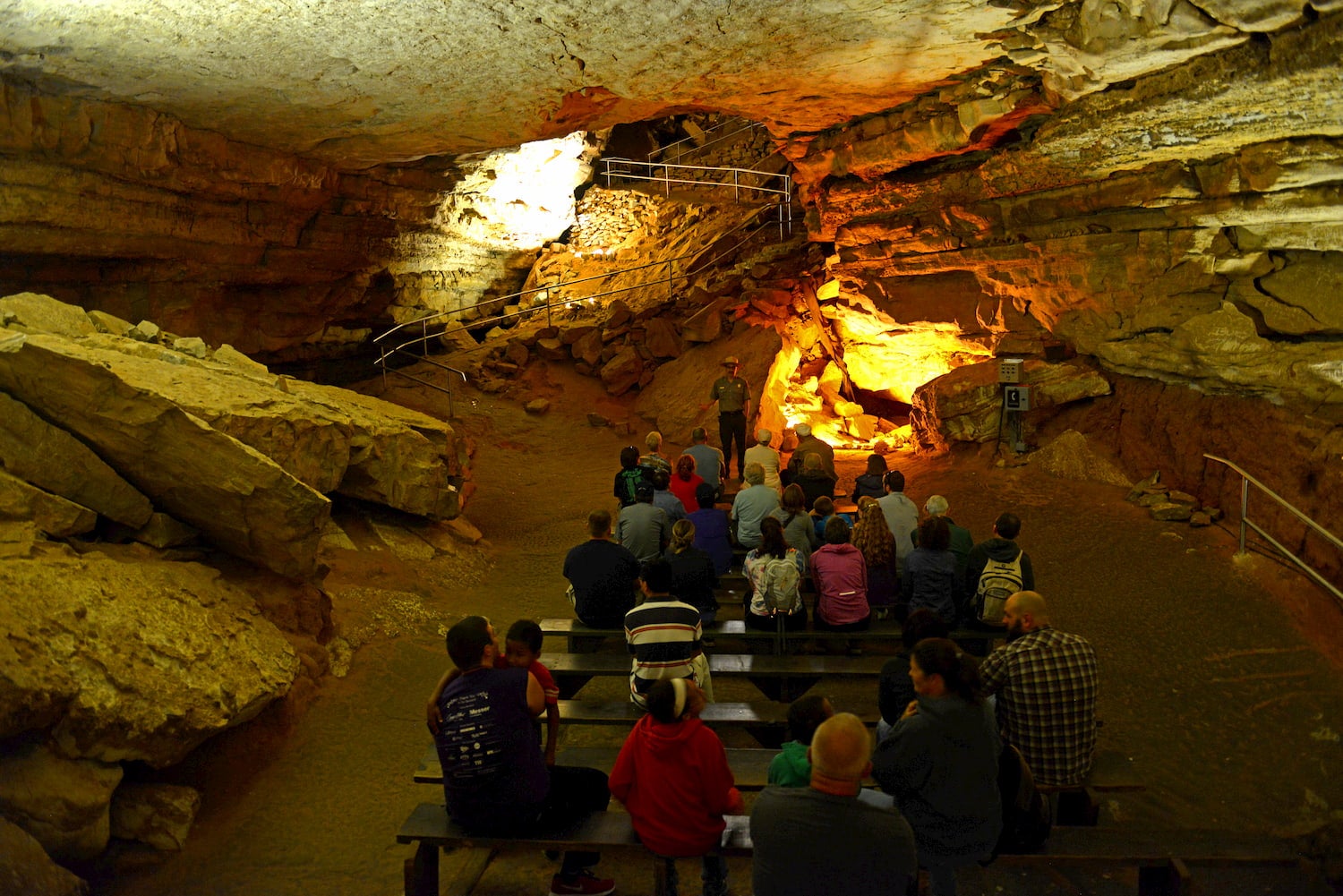 With a whopping 400 miles of known passageways twisting through layers of limestone rock, Kentucky’s Mammoth Cave is the longest known cave system in the world. A variety of guided cave tours bring visitors deep underground into a maze of caverns and passages. Visitors can choose between short introductory and wheelchair-accessible tours to challenging all-day adventures and tours led by lantern light.

Mammoth Cave National Park is more than just a cave; the surrounding forest provides more than 80 miles of hiking and cycling trails. The Green and Nolin Rivers also meander through the park and offer great fishing spots and canoe and kayak trips. There’s also plenty of Mammoth Cave camping options from developed campgrounds to backcountry and riverside primitive sites.

Designated a National Monument in 2018, Camp Nelson was a supply depot and hospital for the Union Army during the Civil War. Camp Nelson became an important recruitment and training center for African-American soldiers and the monument is dedicated to telling the stories of African-American history in Kentucky.

This 525-acre park houses a visitor center, museum, reconstructed Union Army barracks, and the Camp Nelson National Cemetery. The park has five miles of hiking trails and interpretive markers point out the remnants of old forts, fortifications, corrals, and other historic sites. No camping is available within the monument, but you’ll find camping right outside the park at the Camp Nelson RV Park.

The Big South Fork National River and Recreation Area protects 125,000 acres of the Cumberland Plateau in southeastern Kentucky and northeastern Tennessee including the Big South Fork of the Cumberland River and its many tributaries. The Big South Fork carved an interesting array of unique geological features including natural bridges, bluffs, hoodoos, and magnificent gorges. Hiking, whitewater rafting, canoeing, fishing, and rock climbing are popular outdoor activities in the park, and you’ll find 45 campsites with hook-ups at the Blue Heron Campground in the Kentucky portion of the park.

Located forty miles north of Mammoth Cave National Park in rural central Kentucky, the Abraham Lincoln Birthplace National Historic Park celebrates the early life of President Lincoln. The park preserves both the Sinking Spring farmsite where he was born and the Knob Creek Farm where he spent much of his youth. Visitors can view a replica of the one-room log cabin in which Lincoln was born at Sinking Spring and then tour his childhood home at Knob Creek Farm. Both sites have hiking trails and picnic areas, and camping can be found at the nearby Glendale Campground.

Cumberland Gap is a natural mountain pass within the Appalachian Mountains near the point where Kentucky, Virgina, and Tennessee meet. It was the first great passageway to the American West and was a strategic stronghold during the American Civil War. In 1940, 24,000 acres of the Cumberland Mountains were set aside by President Roosevelt to “commemorate the story of the first doorway of the west.”

Today, Cumberland Gap National Historical Park features over 85 miles of trails, numerous historic sites, and camping at the Wilderness Road Campground. Guided tours are available of the historic Hensley Settlement and Gap Cave. The nearby Red River Gorge is also worth a visit, and camping is available at Koomer Ridge Campground.

This thousand-acre national military park marks the site of the Union Army’s first major victory in the American Civil War and much of the original battlefield has been preserved. Visitors can tour the battlefield and cemetery to learn how the events of this 1862 battle led the Union Army to eventual victory. Camping is available at the Hillman Ferry Campground in the nearby Land Between the Lakes National Recreation Area. 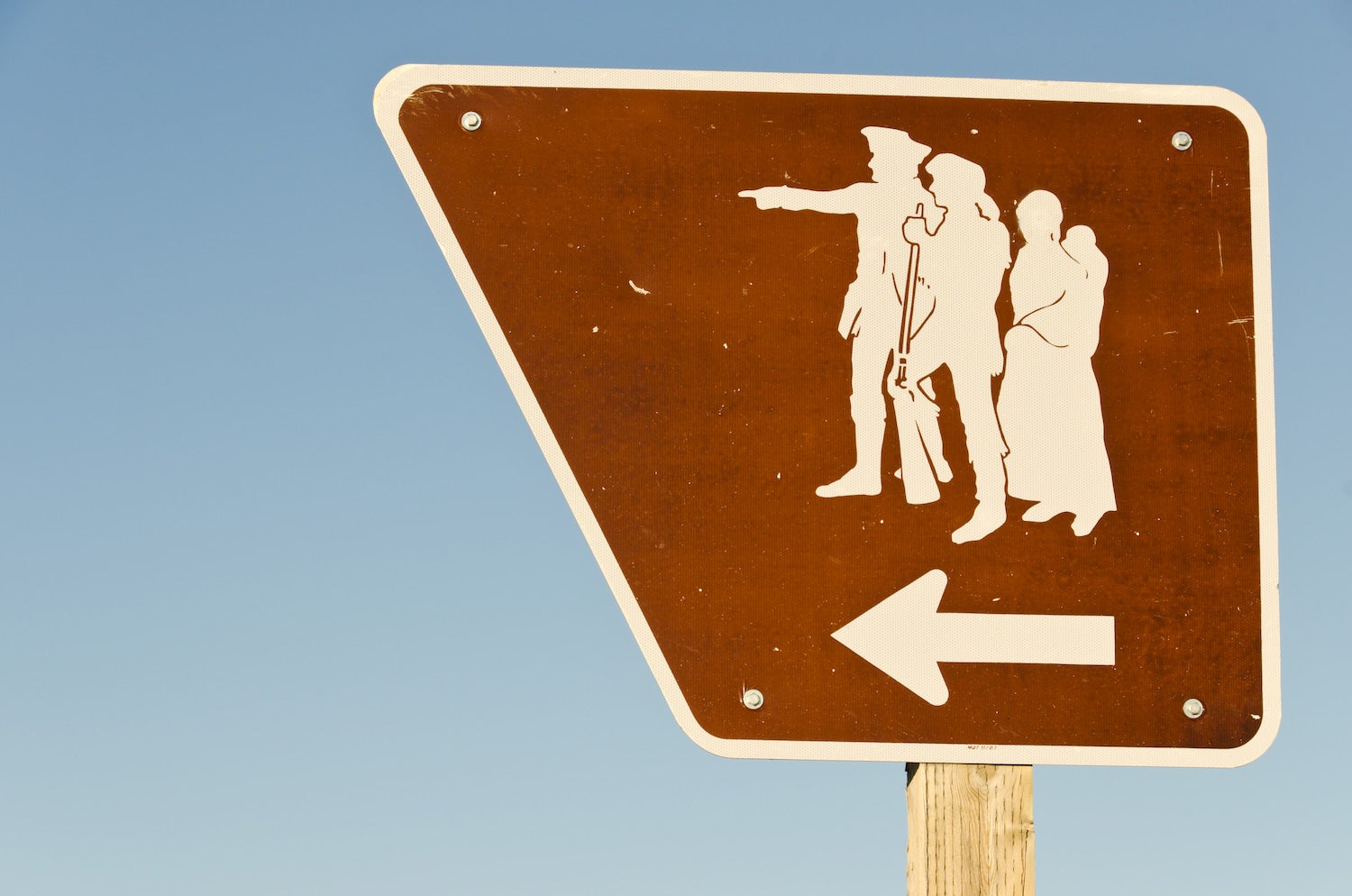 The Lewis and Clark National Historic Trail begins in Pittsburgh, Pennsylvania and travels 4,900 miles through 16 states to its terminus at the mouth of the Columbia River, near Astoria, Oregon. The official visitors center for the trail is in Omaha, Nebraska, but several historic sites and exhibits are located along the route. The Filson Historical Society in Louisville holds a significant collection of Lewis and Clark artifacts and the Locust Grove farm site in Jefferson County is one of the few remaining Lewis and Clark structures in the east.

Designated a National Historic Trail in 1987, the Trail of Tears commemorates the forced relocation of an estimated 60,000 Native Americans from their ancestral lands in the Southeastern United States to areas west of the Mississippi River. Between 1830 and 1850, thousands of Cherokee, Seminole, Creek, Chickasaw, and Choctaw people perished on this harrowing journey. Today, the Trail of Tears National Historic Trail traverses portions of nine states including Kentucky. The Trail of Tears Commemorative Park in Hopkinsville preserves an original campground used by the Cherokee Indians, and includes a Heritage Center and a burial site for two Cherokee Chiefs.

This article was brought to you by Tentsile.

Check out their great selection—from 1-person hammocks & double hammocks, all the way up to their 6 person tent! 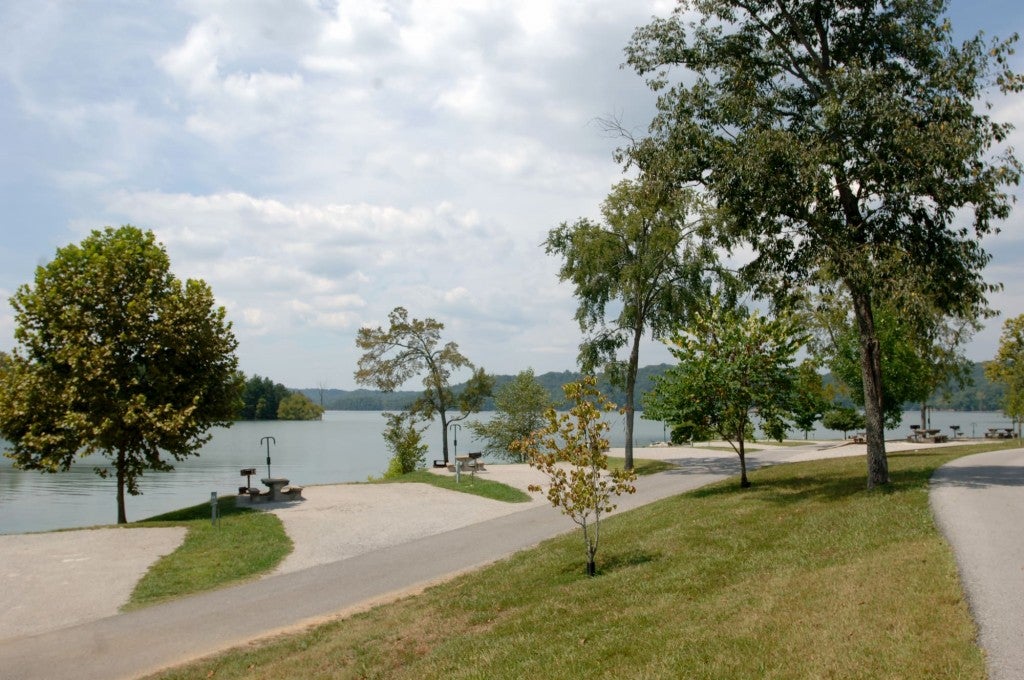 This article about Army Corps of Engineer campgrounds is brought to you by Wenzel. The perfect combo of a Wenzel camping quilt & one of…

This article about the Lost Coast Trail is brought to you by Midland. You can never be too prepared while exploring nature — that’s why…