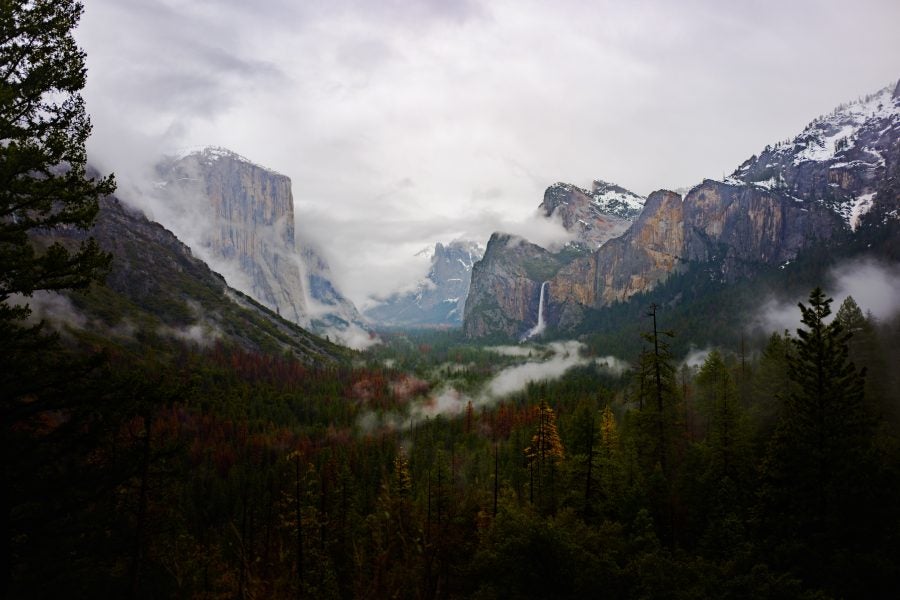 This article is brought to you by our friends at OOFOS. Exploring U.S. National Parks is a worthy endeavor, and one made easier with the right supportive footwear from OOFOS. Their sport slide sandals will keep you comfortable, and ensure that you are up for the adventure ahead.

More Americans than ever are spending their leisure time outdoors, and that in turn means that National Parks are more popular than ever. Zion National Park, which includes the ‘grammable Narrows, saw 4,504,812 visitors in 2017, a 248,236% increase in traffic since the first 1,814 visitors in 1919. Arches sees 1.5 million visitors each year— that’s like if all of Philadelphia showed up to see the park’s famous sandstone arches, spires, and canyons. 20,460 people apply every day just to climb the cables up Yosemite’s Half Dome, and only 25% of those hopefuls win a coveted permit in the lottery. From the monumental views of the Grand Canyon to Ansel Adam’s shots of Bryce’s beautiful hoodoos, there’s no shortage of reasons why Americans are flocking to experience some of the country’s most precious resources first hand. And these are just some of the more well-known destinations protected by the National Parks Service.

There are many other National Parks to explore that are just as stunning, and well-worth a visit. These lesser known parks offer visitors significantly smaller crowds, less competition for shady, private campsites, and a much more intimate vibe. Instead of getting stuck in an impossibly long line to get in to Yellowstone, you can get straight to the good stuff. Here are a few of the top contenders: 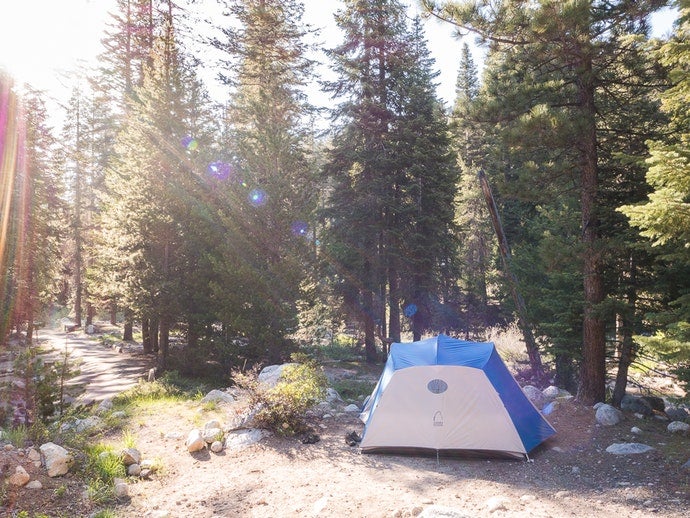 Muir Woods National Monument is almost synonymous with redwood groves, thanks in part to its proximity to San Francisco. It doesn’t have a monopoly on these enormous, ancient trees, however. Sequoia and Kings Canyon, about seven hours away from Muir Woods, sit not far from Fresno and Visalia in Eastern California. It’s home to the second largest tree in the world—the 1,650 year old General Grant tree—which is smaller in comparison only to the Hyperion Tree, hidden somewhere in Humboldt Redwoods State Park.

In addition to big trees, Sequoia and Kings is a great way to experience the unspoiled Sierra Nevada. There are rivers, alpine peaks, and canyons to enjoy, not to mention the tallest mountain in California, Mount Whitney. If you want to bag a 14,505 feet peak, go for it from Sequoia and Kings by approaching the mountain’s western slope.

The park is also home to some nice campgrounds that are frequented by plenty of wildlife. “We stayed at site 12 for two nights and on our last morning we woke up to see a bobcat snoozing in the sun,” gushed The Dyrt Ranger Katie C. about her stay at Potwisha Campground. “We also lucked out and came across a mama bear and two cubs near Moro Rock which was incredible!!!” 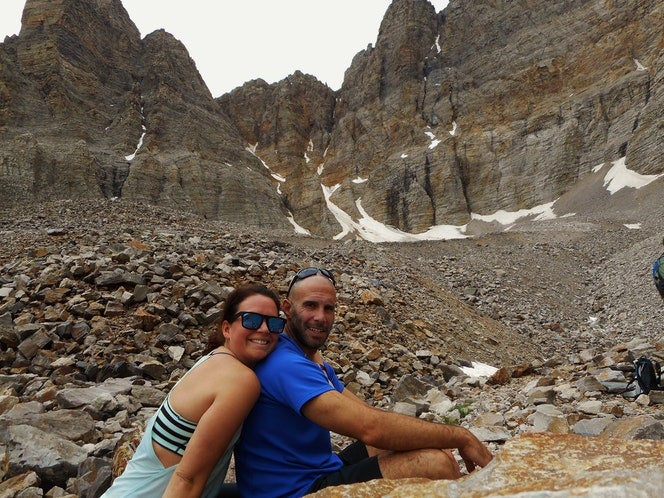 For those who are into chasing summits, the 13,000 foot Wheeler Peak is pretty tempting. You’ll find this peak inside Great Basin National Park, along with many other alluring destinations. At the foot of Wheeler Peak, the Lehman Caves, which were once used as a burial site by Native Americans, are now available for exploration by guided tour. The huge limestone chambers are a wonderful way to see the park’s geography from a new angle.

Above ground, Great Basin’s bristlecone pine trees might not be as large and grand as the California sequoias, but they are some of the oldest living organisms on earth. Sadly, Methuselah, a 4,845-year-old Great Basin bristlecone pine, died in 2013. However, there are still many prime examples of this hearty tree species that are just as impressive and almost as old.

You definitely won’t feel crowded in Great Basin campsites, either. “The campground was clean, quiet, and sites were spread out enough to allow for some privacy,” wrote The Dyrt Ranger Sunshine S. Another The Dyrt Ranger, Samantha M., noted that the Baker Creek campground “also has “quiet hours” at night so it’s very peaceful out there. There is also a small river inside of the campground and you can hear the water running from your space. It’s amazing! I would recommend this campground to everyone!” 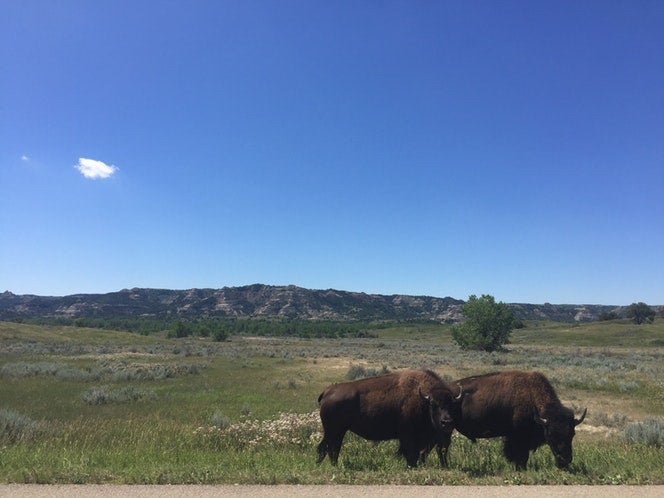 Have you ever wanted to see North Dakota’s infamous Badlands up close? Head to Theodore Roosevelt National Park. This is where the 26th president of the United States started his journey towards becoming the Rough Rider he would be known as later in life. It’s easy to see what transfixed him about this place.

Not only is the rolling prairie a sea of grass and rocks, it’s also largely untouched and home to a variety of wildlife. There’s a good chance you’ll see bison, mule deer, wild horses, bobcats, porcupines, and long horns.

The Dyrt Ranger Susan H. said of the park’s Juniper campsites, “This campground sits on the riverbank of the Little Missouri River. There is a resident bison herd that is very comfortable in the area. We woke up one morning to see one grazing 20 feet from our tent.” The Dyrt Ranger Lynn G. added that this National Park campground is a “really beautiful site here with lots of easy and moderate trails to explore with lovely sunrise/sunset and wildlife! Similar feel to Badlands with fewer crowds. You can’t choose a bad place to camp, but be sure to drive through both the north and south areas.” 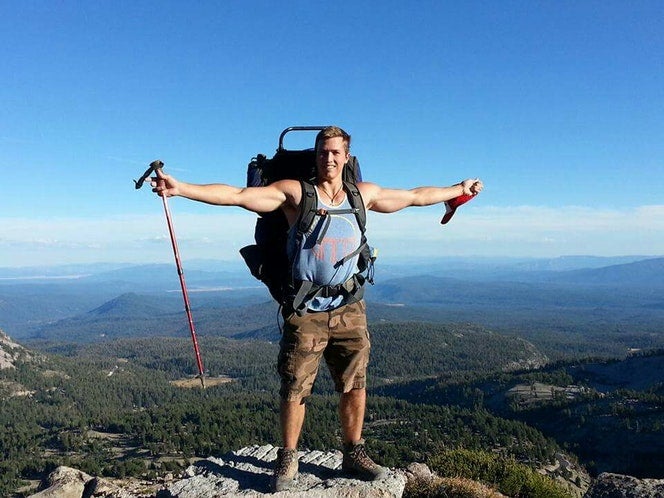 Any time you throw the word “volcano” into the mix, you know you’ve got something special. Lassen Volcanic National Park has the distinction of being home to the largest plug dome volcano in the world. It’s also the southernmost volcano in the Cascade Range, which includes famous peaks like Mount Hood, Mount St. Helens, Mount Rainier, and Mount Shasta.

Like some of its northern cousins, Mount Lassen is a great area for hiking, skiing, and relaxing afterwards in hot springs. Within the national park, you can catch native species, including rainbow trout, tui chub, speckled dace, Lahontan redside and Tahoe sucker. The Dyrt Ranger, Michael K. said of Lassen campgrounds, “You like to fish, Lassen is a great spot to catch a boat load of fish! Lassen is without a doubt an amazing and under-appreciated NP. Great hiking!”

Volcanic soil makes for gorgeous wildflowers, too, and the hike around Manzanita Lake is one of the most iconic in the park. The Dyrt Ranger, Colin S., noted that the campsites on Manzanita Lake are “large and there must have been around a hundred on different loops. There are trees that provide shade and the ground was flat enough to lay two tents down. Each site had a large bear box. Near by is a trailhead and a convenience/grocery store.”

It’s hard to believe that the stretch of desert that is currently home to the highest point in Texas was once under the Permian Sea millions of years ago. What is now Guadalupe National Park was once an ancient reef, and today it is brimming with fossils. Nearby, Carlsbad Caverns get far more traffic, which that means you’ll have this west Texas gem almost all to yourself.

The Dyrt Ranger Aaron S. says of the primitive sites on Guadalupe Peak, “if you continue along the South Rim trail, there are breathtaking views atop the ridge that look out over an immense canyon. On a clear day, you can easily see the Rio Grande, Mexico, and the cliffs and mountains across the border.” Two other parts of the park, McKittrick Canyon and Dog Canyon, are especially lovely in the fall and spring when the desert bursts into bloom.

You’ll want to be sure to gas up your car and bring enough water. Guadalupe is a little remote and you won’t be able to pop out for supplies easily. That said, visitors highly recommend this place for the amenities and gorgeous sunsets. The Dyrt Ranger Lynn G. writes of Pine Spring Campground “This is a beautiful park with stellar camping. It is close to all the things you’ll want to do in the National Park. You are nestled among the famous cliffs and mountains of the area surrounded by interesting plants and wildlife. There are separate loops for tents and RVs with the full amenities of a state park…thankfully including water.”

If you are hooked on camping in National Parks and would like to find your perfect park, get tips from people who have camped there, and learn more about the history of these wonderful, wild places, by checking out our Ever-Expanding Guide. It’s updated regularly with all the latest information.

You can win free gear from OOFOS and 19 other outdoor brands by reviewing campgrounds on The Dyrt. Share past camping experiences, photos, and videos to earn points towards monthly prizes in The 2018 Great Camping Giveaway! 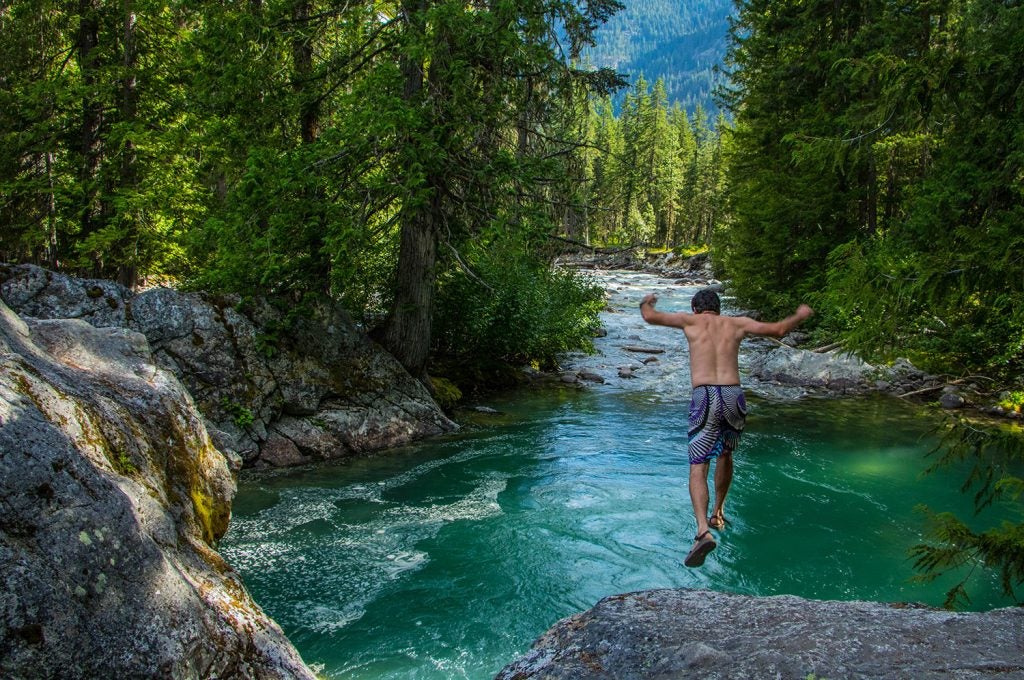 Improve Your Nature Photography with Top Tips from Full-Time Campers

Shari and Hutch live on the road full-time in their vintage “canned ham” trailer. Every Thursday, they’re bringing us stories from the road. This week,… 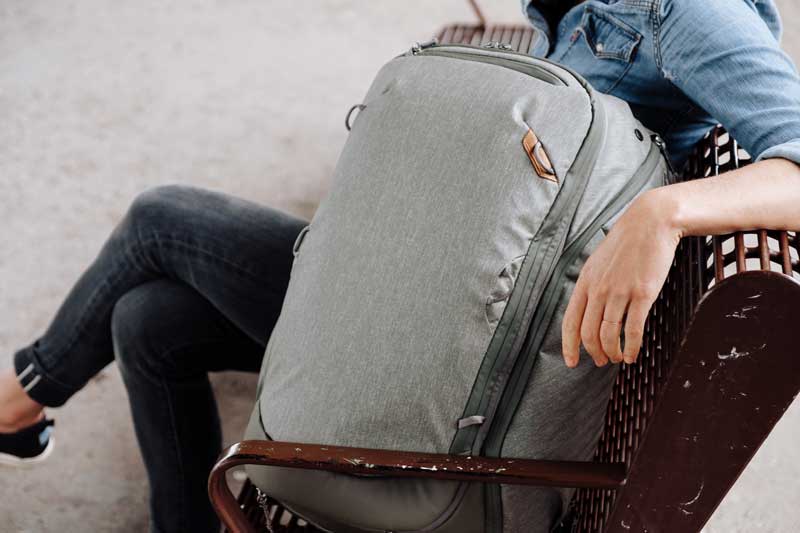 This Year's Best Travel Backpack is Basically a Transformer

Every year, The Dyrt attends Outdoor Retailer to find the best new gear for outdoor enthusiasts. We see gear that we’ve seen before: a variation…