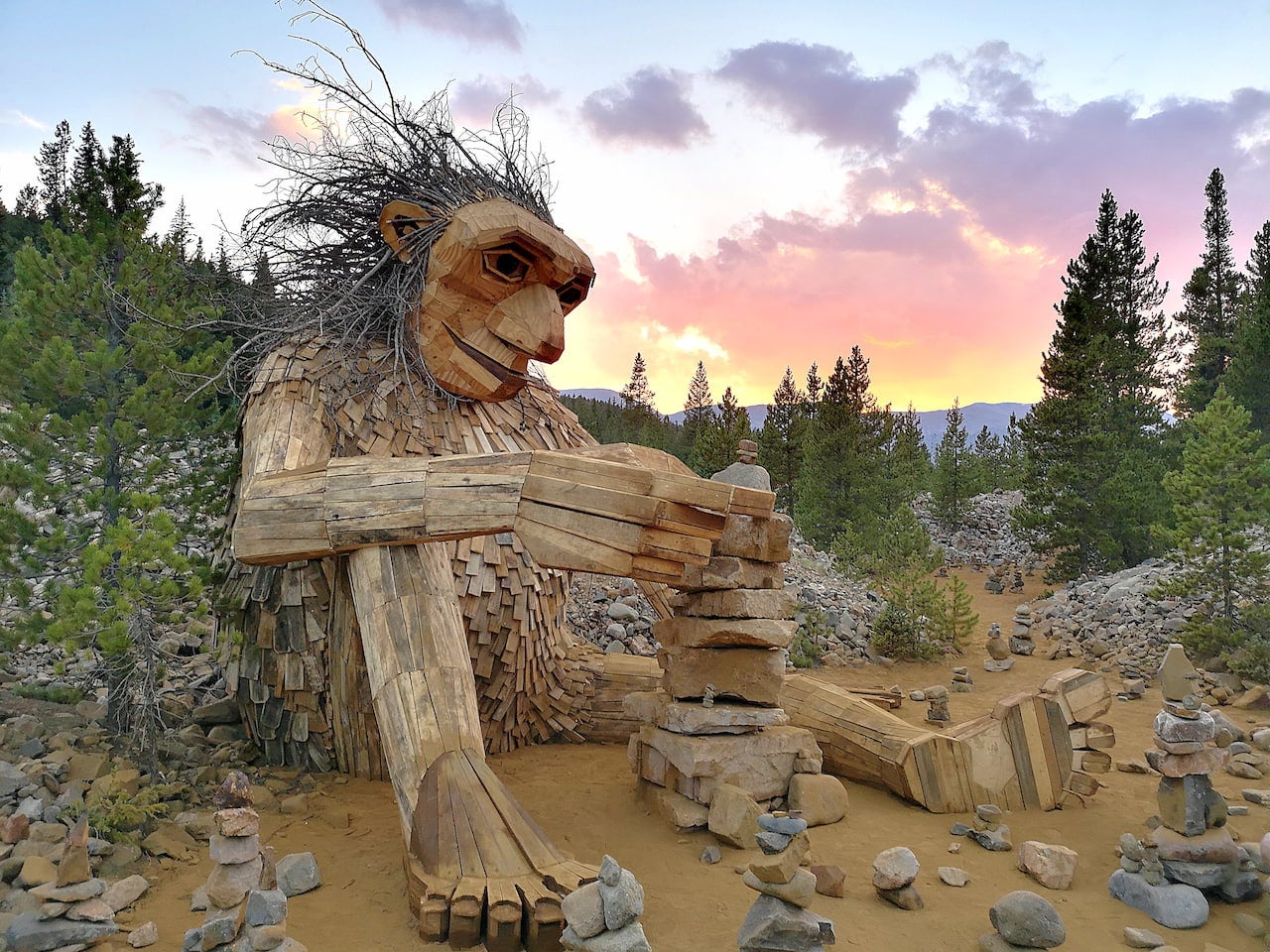 In the town of Breckenridge, Colorado, where 14,000-foot peaks surround a thriving ski and outdoor recreation industry, a quiet troll named Isak Heartstone sat beside a trail. For three months he built cairns and attracted an adoring fan base, who loved his peaceful smile and reclaimed wood materials. But on November 15, 2018, the city council of the town had Isak torn apart because of complaints from local landowners.

The story wasn’t over, however, and massive protests from residents, visitors and the artist himself have brought Isak back to life.

A Giant Wooden Troll Has Found a Home in Breckenridge, Colorado

Constructed in August 2018 by Danish artist Thomas Dambo using reclaimed wood pallets, other recycled material, and a heart-shaped stone, the unique and personable troll sculpture named Isak Heartstone made a big impact on the community. Sitting, the troll was about 15 feet tall and appeared to play with rocks, smiling quietly at the Wellington Trail trailhead.

Dambo is an internationally acclaimed sculpture artist who uses his art to send a message about recycling resources. Isak was no different, as Dambo used wood pallets he found in and around the mountain communities of Colorado. With help from locals, and even the anonymous street artist known as Banksy, Dambo built the troll in the summer of 2018 as part of a local summer art series. Three local girls brought Dambo the actual heart-shaped rock, which gave the troll his name. Isak is number 38 in a worldwide series of giant trolls that now numbers 40.

What Happened to Isak Heartstone?

By the fall of 2018, Isak Heartstone had inspired thousands of visits in only a few months. In fact, the local bus route that dropped off near the Wellington trailhead quickly became known as the “Troll Trolley,” bringing up to 3,000 people a day to visit Isak.

By September, residents in the nearby Wellington neighborhood were filing complaints with the city about illegally parked cars, crowds, and loss of aesthetic appearance due to the popularity of this new landmark. In October, the troll was given a stay by motion of the council, but the lobbying from a small group of locals only increased, leading to Isak’s sentence being carried out in November.
Despite the popularity of the troll and the loud protests from his creator, the city council sided with the landowners and took Isak apart piece by piece.

Fans and followers of Dambo reacted strongly against this decision on Dambo’s Facebook and Instagram accounts—and in real life. One woman even snuck into the demolition site to rescue the heart of Isak, the large heart-shaped rock.  After a massive protest from the troll’s fans locally and around the world, the Breckenridge City Council agreed to bring Isak Heartstone back to life, just one day after his destruction.

According to The Denver Post, Dambo has been invited to return to Breckenridge and will begin re-construction on or around May 5, 2019. The troll’s new home will be near the downtown ice arena on a piece of land owned by the city. This central location will resolve traffic issues and bring tourists closer to local businesses. The cost of the rebuild is around $20,000, which will be split between the city and the tourism board.

Dambo constructs his trolls often with the help of local volunteers and gives them an internal structure that allows them to survive up to three years in local weather conditions. He was deeply disappointed by the council’s original decision, but is overjoyed to bring the stone-loving troll back to life again.

How to Visit Isak this Summer in Breckenridge

According to the Summit Daily News, visitors are asked not to visit the troll until early June. The reason for the delay, even though the structure is complete, is to allow the town to develop what is now an informal ‘social’ trail in order to sustain higher traffic over the long term.

The ice arena near Illinois Creek in downtown Breckenridge is a central location, accessible by several forms of public transportation, bike or car. There are many beautiful campgrounds nearby to stay in that will keep you near Isak Heartstone for even longer. Here are just a few.

Just a few miles north of Breckenridge up scenic Highway 9, Lake Dillon has multiple National Forest campgrounds. These campgrounds are relatively primitive, with only vault toilets and basic electrical hook-ups. They all border the beautiful reservoir with access to fishing, local bike trails, and they are just minutes away from I-70.

*Please note that all of these campgrounds are still recovering from the pine beetle infestation that required nearly all standing timber to be razed. Shade is scarce, but the views are unbeatable.

Breckenridge is surrounded by land owned by the National Forest. Most of the Forest Service roads that lead up to the base of these giants allow dispersed camping. Dispersed camping at altitude requires one to be fully prepared for rapidly changing weather conditions as well as packing in and out all forms of waste. Be sure to respect private property holdings. Find your perfect spot in the following areas. 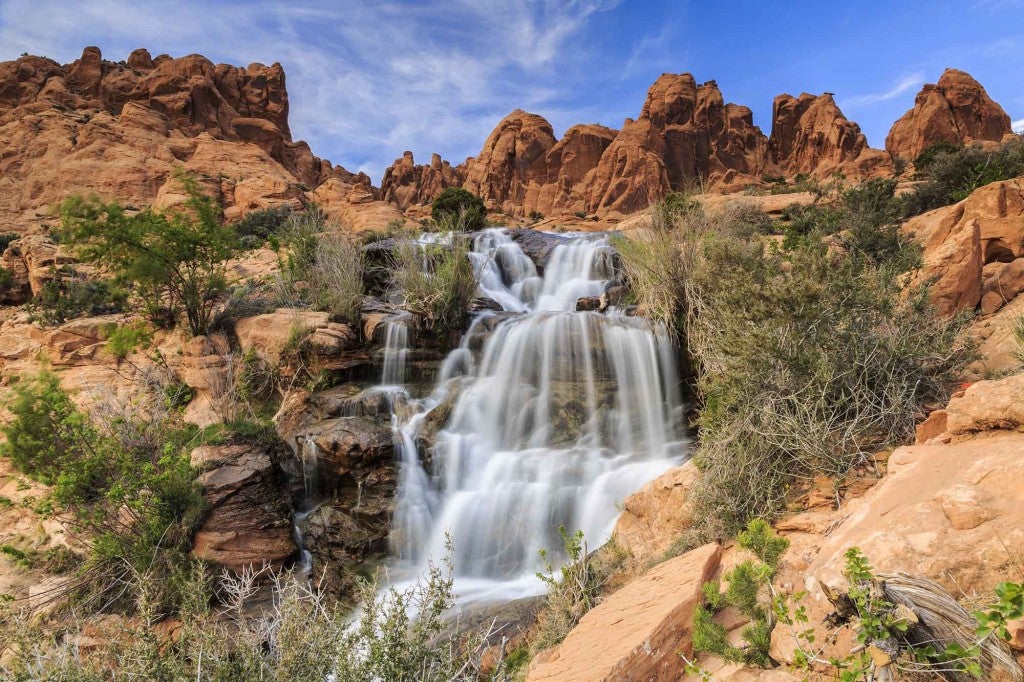 Where to Camp Near 5 Spectacular Waterfalls in Utah

As a native of the Pacific Northwest, I’m not ashamed to admit I’m a waterfall snob. Where I’m from, you can barely hike a mile… 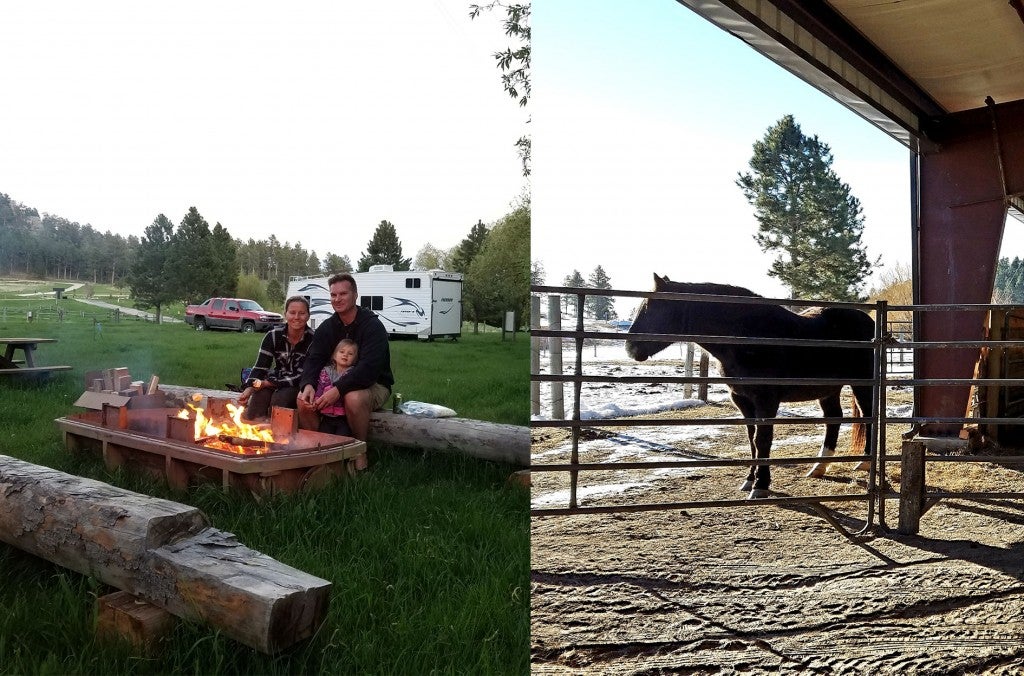 Camping in the Black Hills? Stay at a Working Horse Ranch

The Black Hills region of South Dakota is famous for monumental sites like Mt. Rushmore and Crazy Horse Memorial. These are iconic places that most…