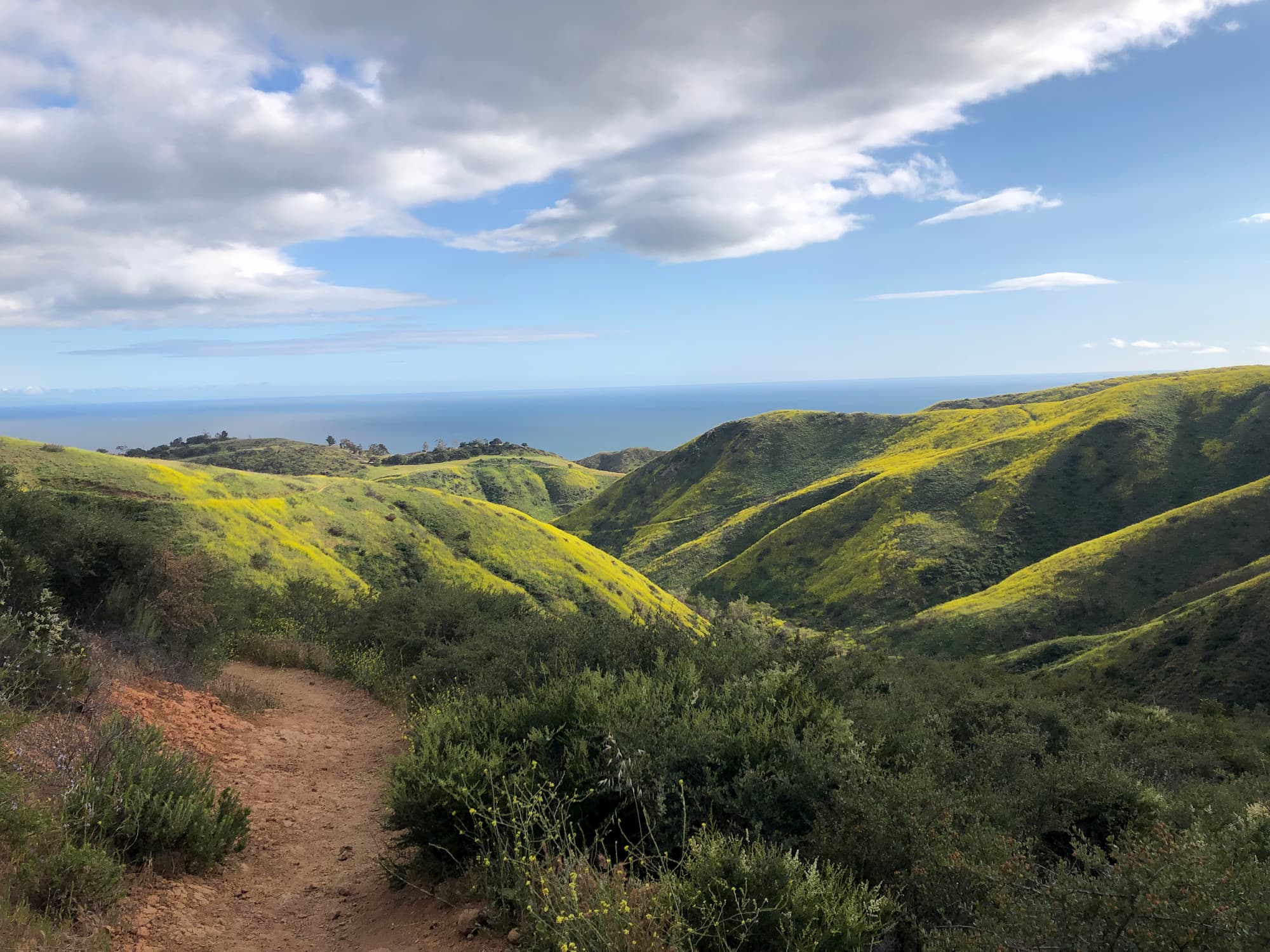 Super blooms, common in the early spring months in places like Southern California or Texas, have gone viral. Popular social media accounts fawn over them, even to a dangerous level, and tourists travel near and far to view the massive fields of multi-colored natural wonder (that can even be seen from space!). The latest group trying to cash in on this craze? Invasive weeds.

Ecologists in the Santa Monica Mountains National Preserve have discovered that alongside the native wildflower super bloom in California this spring, there has been a widespread bloom of pernicious weeds called black mustard, filling the formerly scorched mountainside with vibrant greens and yellows. While a stunning sight, these weeds are dangerous imposters that could damage the areas surrounding the Santa Monica Mountains National Preserve. 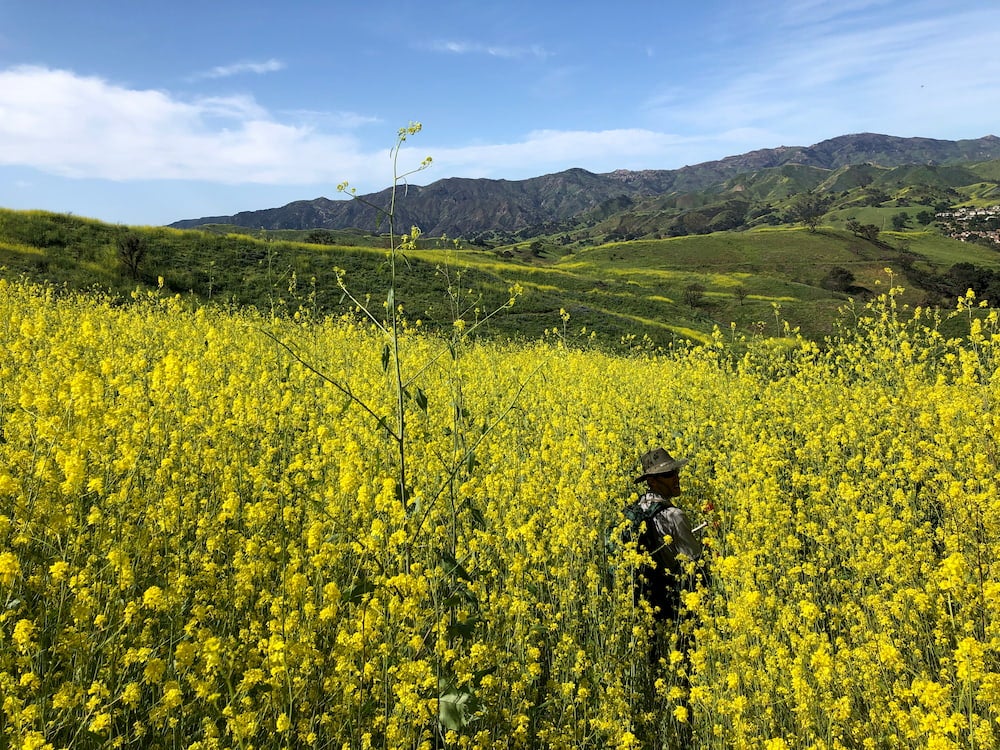 According to a press release from the National Park Service, the black mustard weeds are known to push out native vegetation, which could threaten a future wildflower super bloom in California. When their overgrowth reaches hiking and biking trails, their thick, clumped stalks can make the trails virtually impossible to use. Beyond their active threat, the weeds can also damage the landscape after death.

“In a couple of months, the mustard will dry out, turn brown and become tinder for wildfire,” said Joseph Algiers, a restoration ecologist for Santa Monica Mountains National Recreation Area, in the park’s press release. “Sadly, newly burned sites are more subject to invasion.”

The black mustard weeds have been a recorded invasion for decades, and have become too large to truly eliminate their presence from the Santa Monica Mountains. “It would probably be easier to get another man on the moon than to get rid of this invasive plant on a regional scale,” Algiers remarked in the press release. To combat this invasion, Algiers currently operates a team of volunteers who pull weeds and re-introduce native species to the area about twice a month. 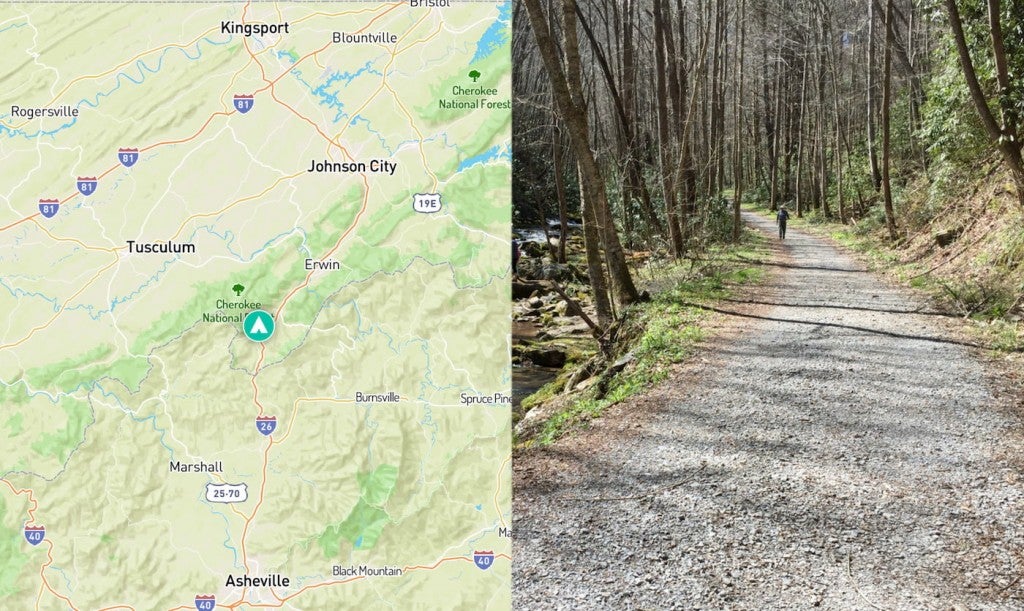 Tennessee's Newest State Park is Also Its Highest and Most Rugged

Rocky Fork in Tennessee is a foray into the woodlands of southern Appalachia. Thick with rhododendron bushes and rugged with mountain terrain, this plot of… 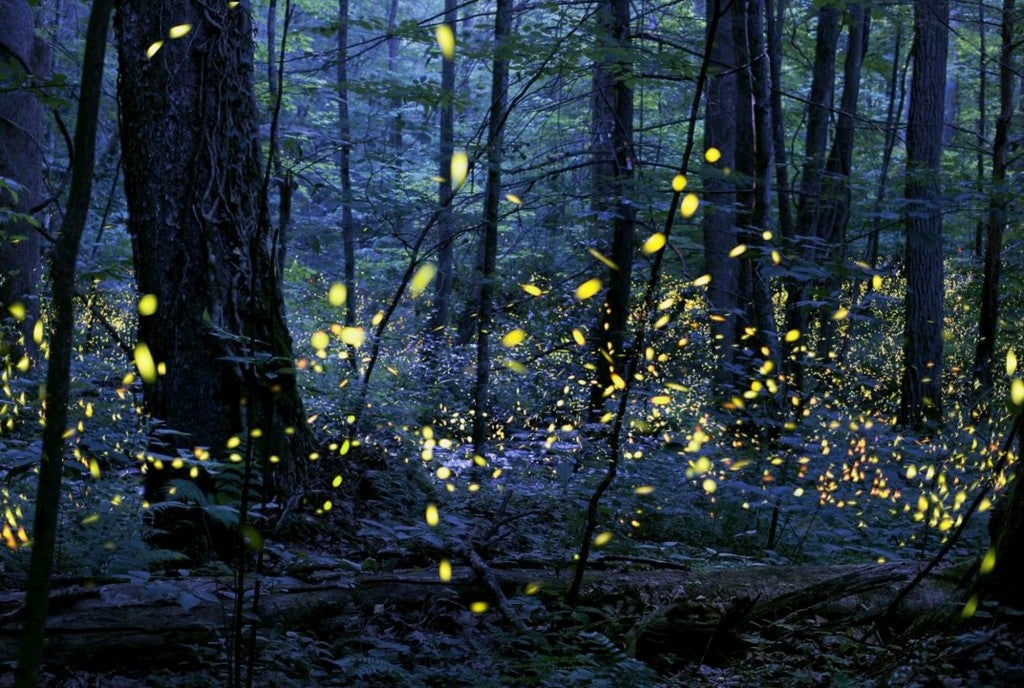 How To Watch Synchronous Fireflies in the Smoky Mountains This Summer

This article on synchronous fireflies in the Smokies is brought to you by Aftershokz, whose wireless headphones rest outside of your ears so you can…