What You Should Know About Drones in National Parks, State Parks, & Public Land 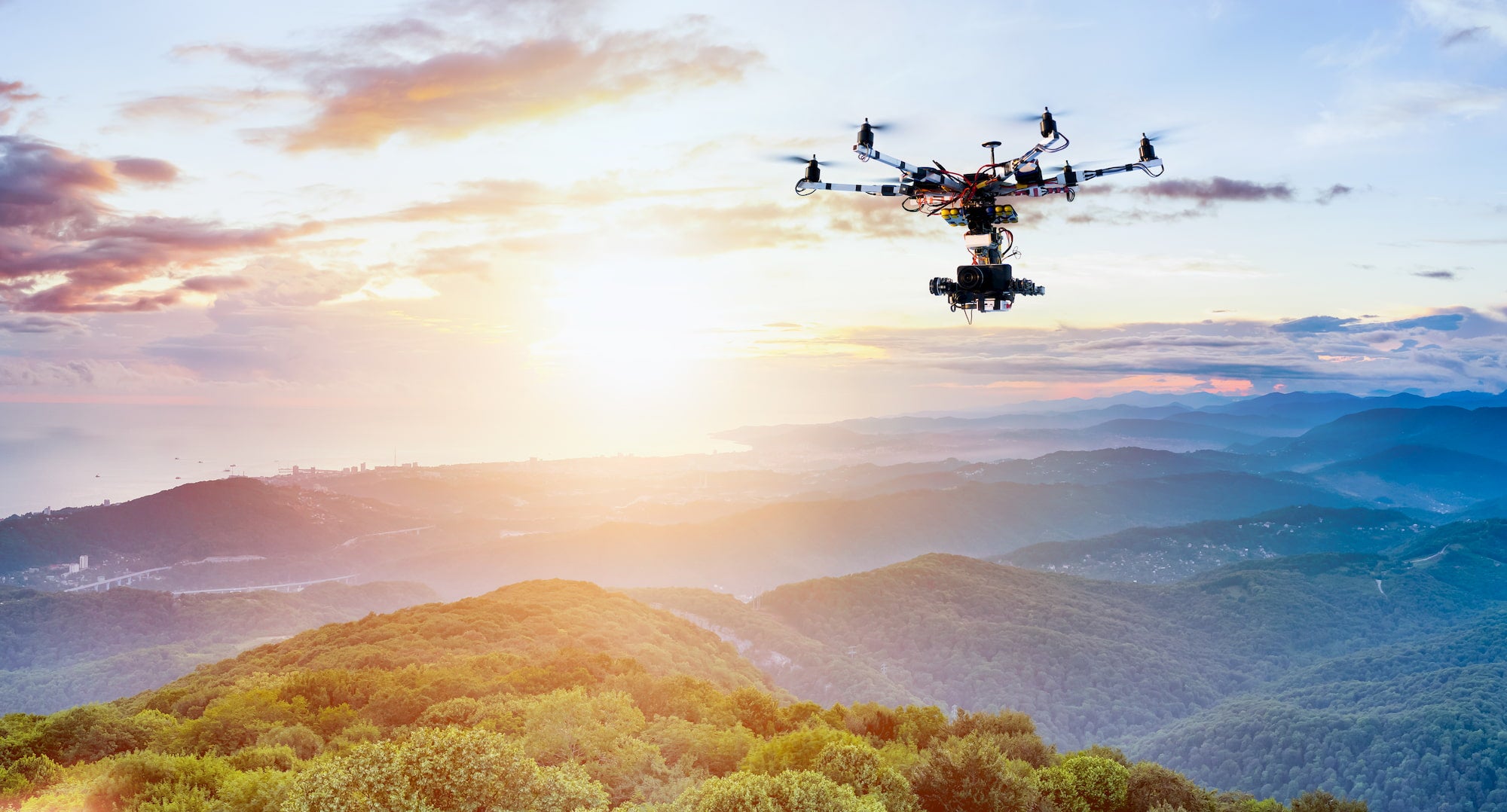 This article about drones in national parks and public land is brought to you by IceMule. Their long-lasting backpack coolers will keep food and drinks cold well after you burn through all your drone batteries.

The popularity of drones in the United States has absolutely exploded over the past five years. Many avid travelers bring their drone on every trip they take—jumping at the opportunity to snag some bird’s eye view footage of their most recent destination. And when done responsibly, it’s a fun hobby that has revolutionized photography and videography for the masses.

However, there are some unique rules for anyone wanting to pilot their drones in national parks, state parks, or on some other publicly-owned land. As campers and outdoor enthusiasts ourselves, we want to help you understand the laws so you can enjoy your drone while also prioritizing the natural environment around you.

What You Should Know About Drones in National Parks, State Parks, & Public Lands 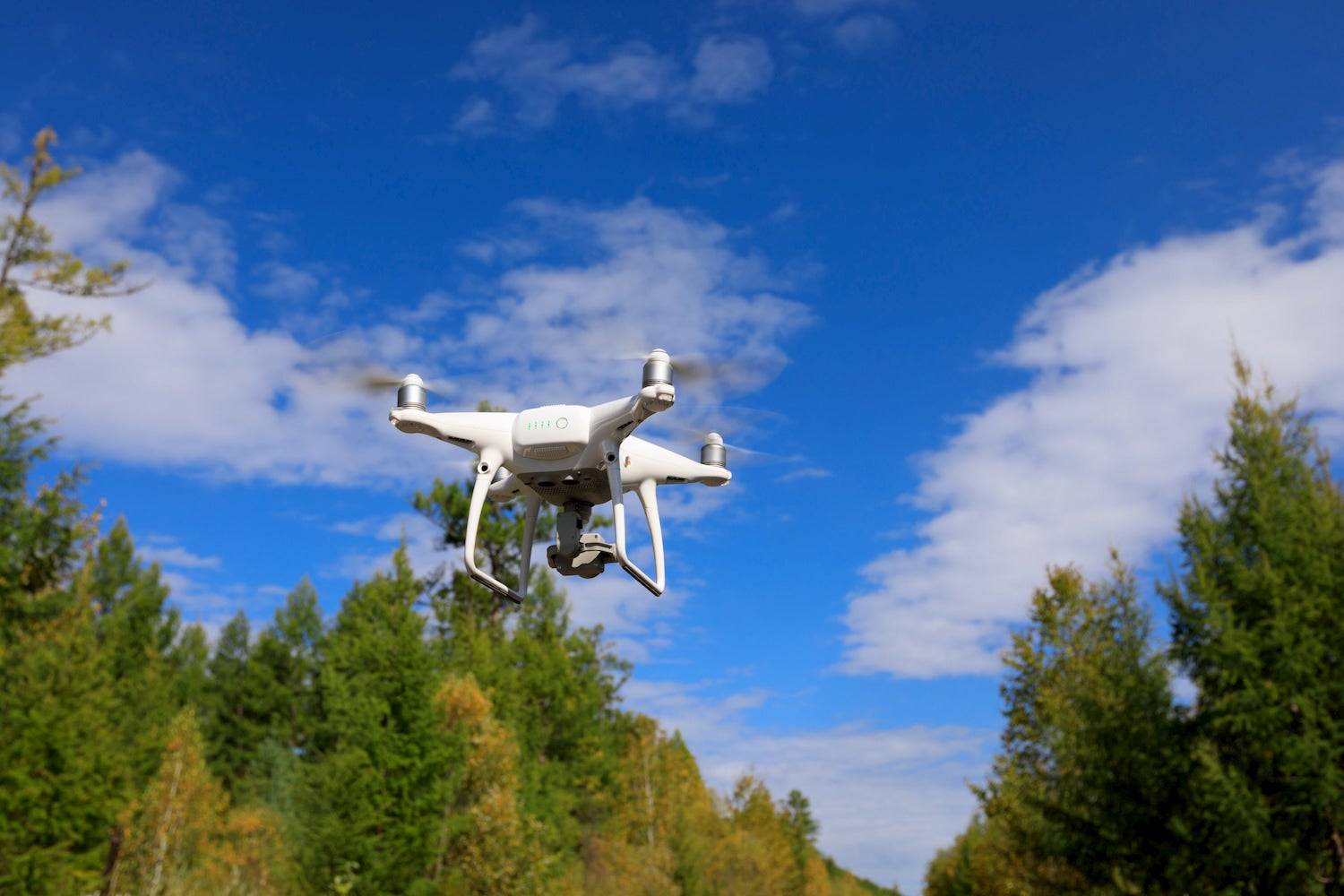 If your next camping destination is in a national park, then you will definitely need to leave your drone at home. Because, since 2014, the use of drones (also referred to as an ‘unmanned aircraft’) has been prohibited in all national parks across the United States. To quote directly from the National Park Service’s Policy Memorandum 14-05, under the authority of 36 CFR 1.5:

“Launching, landing, or operating an unmanned aircraft from or on lands and waters administered by the National Park Service within the boundaries of [insert name of park] is prohibited”

Notice that this prohibition affects any “lands and waters administered by the National Park Service.” Therefore, this ban on your ability to fly in national parks applies not only to places like Yellowstone National Park or Grand Canyon National Park, but to all of these areas too:

(Confused about these public lands delineations? Here’s our guide to the different types of public lands.)

So, the rule of thumb is, don’t bring a drone to any area that’s governed by the National Park Service. Anyone found in violation of this law can have their gear confiscated by NPS rangers, plus a maximum penalty of up to six months in jail and a $5,000 fine. 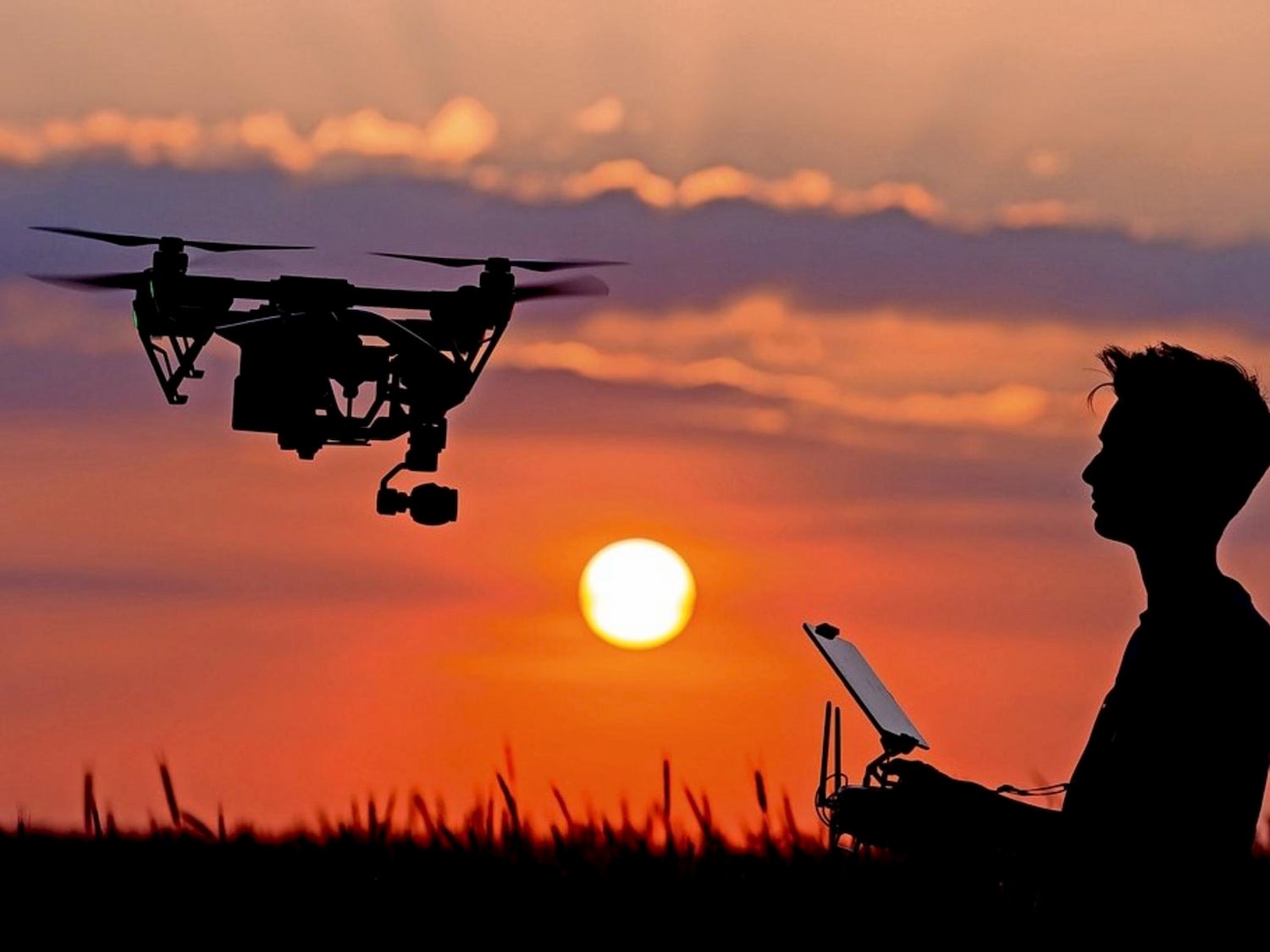 With all national parks, seashores, monuments, and recreational areas off limits, you may be surprised to learn that there is a huge category of public land where visitors are allowed to use their drones; national forests.

The National Park Service falls under the control of the Department of the Interior. National Forests, however, are under the umbrella of the US Department of Agriculture (USDA). These two departments have laid out very different policies on drones, resulting in the permittance of flying a drone within national forest land.

According to former USFS Chief Thomas Tidwell, there is only one situation that requires you to have a special use permit before using a drone in a national forest. That situation is reserved for people using their drone for commercial photography or videography in a location “where members of the public are not allowed, or (if the photography requires the) use of models, sets or props.” If you’re just hoping to get some awesome footage of your latest camping trip, then you can rest assured that this type of drone use is a-okay. If you still find yourself questioning whether or not it’s okay to use your drone in some specific situation, just remember this line from Tidwell:

“If the activity presents no more impact on the land than that of the general public, then it shall be exempt from permit requirements.”

While this mostly differs from policy on drones in national parks, there are still more specific regulations drone-flyers must adhere to anytime you bust out a drone.

This rule echoes the FAA guideline that flying over unprotected persons, moving vehicles, and vulnerable property is always prohibited.

By definition, wilderness areas are protected, delicate natural environments where human impact is kept to a minimum. Motorized vehicles and equipment are prohibited in any designated wilderness area nationwide. And since drones clearly fall under that motorized equipment/vehicle category, they are prohibited completely in these areas. 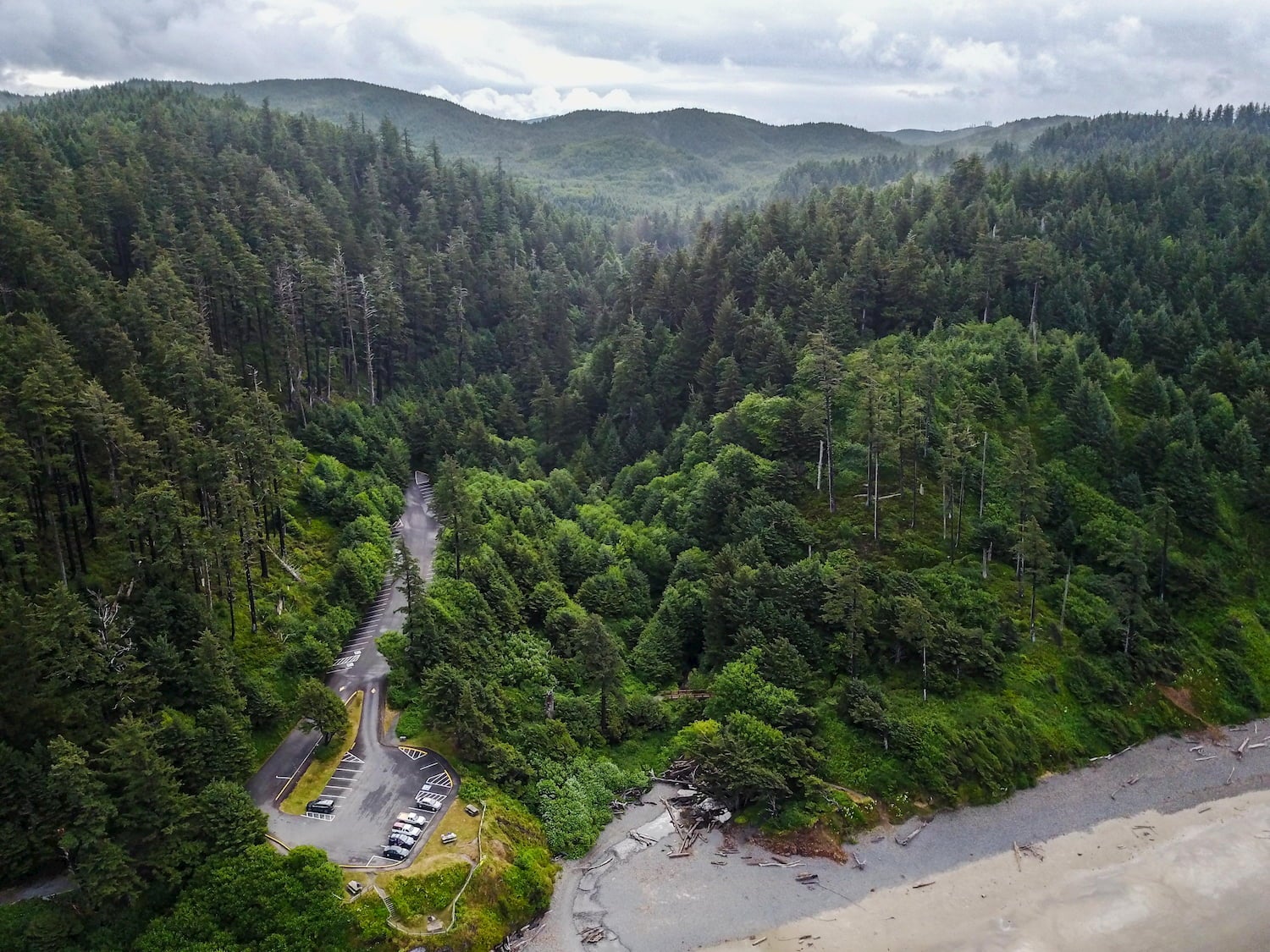 Parks at the state level tend to be a mixed bag of accessibility. But while it’s true that state park rules differ based on which one you’re at, that’s just one part of the full story. Things get very complicated when you consider that each state, county, and even city, can make their own rules for how drones operations are regulated. And if there’s an airport within five miles of the state park, then that activates a whole different set of rules again.

So, unlike drones in national parks or national forests, there are no easy answers for flying drones in state parks. The only way you’ll know with any certainty is to research the policies of the specific park you’re going to; this means calling ahead or stopping by a state park ranger station before flying. The penalties for flying a drone in a state park, where it’s prohibited, could result in heavy fines and the confiscation of all your expensive gear. That does not sound like a risk worth taking.

In the end, the best answer is to do your research and prepare accordingly. Local, state, and federal laws are rarely unified, so don’t assume you know the rules. Just take ten minutes to learn for yourself, before you head out on your next trip. 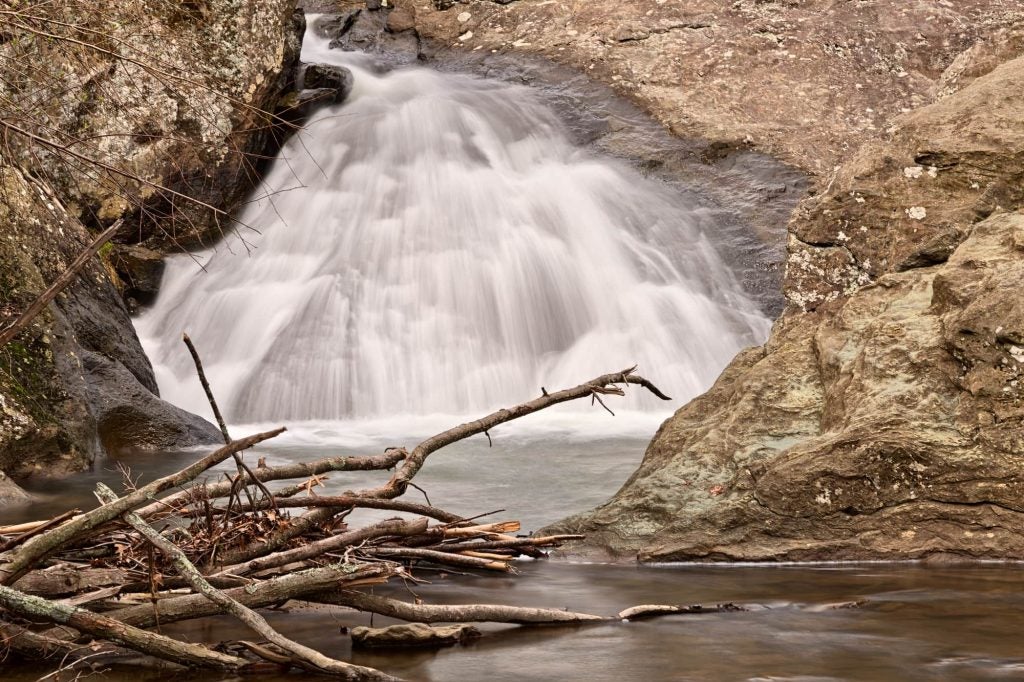 Don’t make the mistake of underestimating Maryland’s mountains. Catoctin Mountain is essentially one 50-mile-long ridge in the eastern Blue Ridge Mountain Range, and home to…

This article on Oklahoma state parks is brought to you by Mountain House, whose freeze dried backpacking food like the Fusilli Pasta meal is the perfect…