5 State Parks That Prove Oregon Has it All 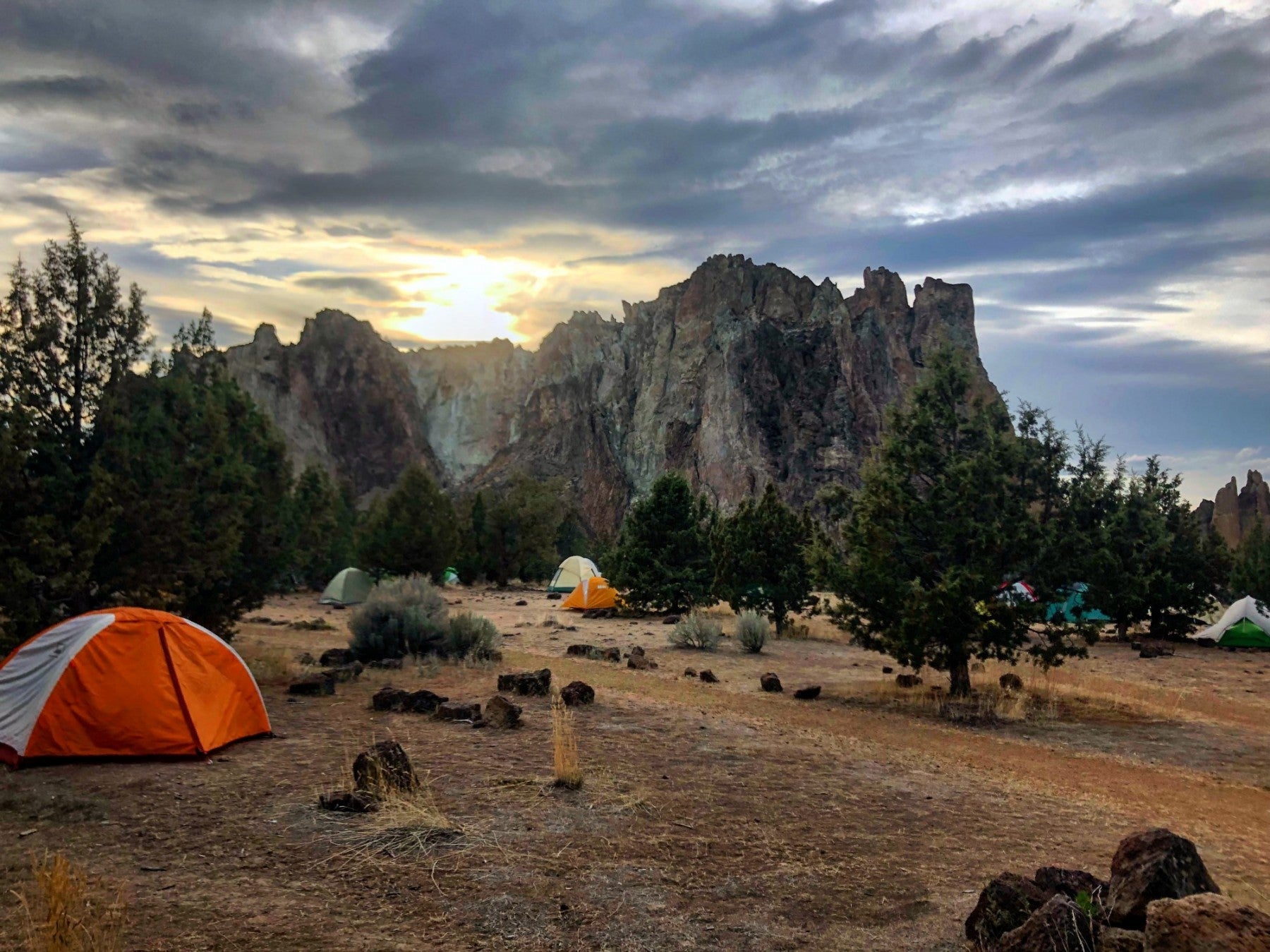 Oregon is home to only one national park. But with 195 Oregon state parks, there’s clearly no lack of natural scenery worth protecting, or lack of enthusiasm about camping in Oregon State Parks. Oregon state parks are found in every corner of the state, from the Cascade Mountains to the High Desert, from the Columbia River Gorge to the Oregon Coast. The latter is literally lined with state parks—there are more than 50 of them along the coast.

So, it shouldn’t be a surprise that Oregon state parks camping is a hugely popular pastime, among both locals and tourists, who come from far and wide to enjoy Oregon’s varied scenery.

Yes, there are an overwhelming number of state parks in Oregon. All of them are worth a visit, but some are head and shoulders above the rest. Their scenery, wildlife and outdoor activities may even rival that of some of the U.S. national parks. To prove that bold statement, we’re exploring the best places for Oregon state parks camping. 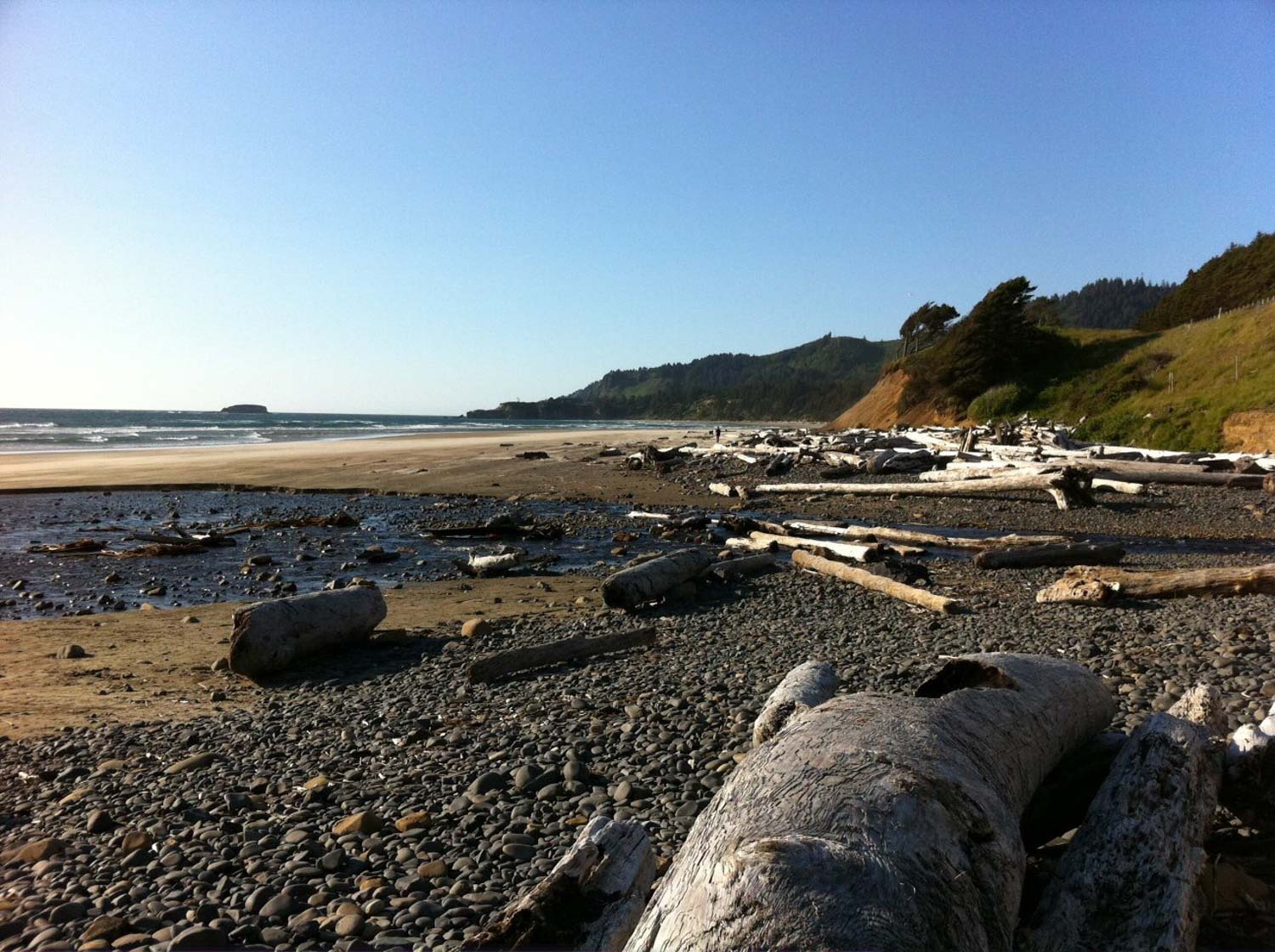 The most-reviewed campground on The Dyrt, Beverly Beach State Park is undisputedly one of the best Oregon state parks camping destinations. Situated about halfway down the Pacific Coast Scenic Byway, the park’s convenient location between Newport and Depoe Bay makes it a superb base for whale watching in Oregon.

From the campground, a short walkway leads to the beach, which extends from the Otter Rock headlands to Yaquina Head. This is beachside camping in Oregon at its very best. The campsites are scattered in coastal forests within a stone’s throw from the water’s edge. You’ll be mere minutes by car from other attractions such as the Oregon Coast Aquarium.

“This campground has easy access to the beach as well as a great playground for kids. There are clean facilities and great areas to bike with littles around camp. The combination of the river, ocean, and trees makes for a wonderful getaway. The only drawback is it can get crowded.” —The Dyrt Camper Megan P. 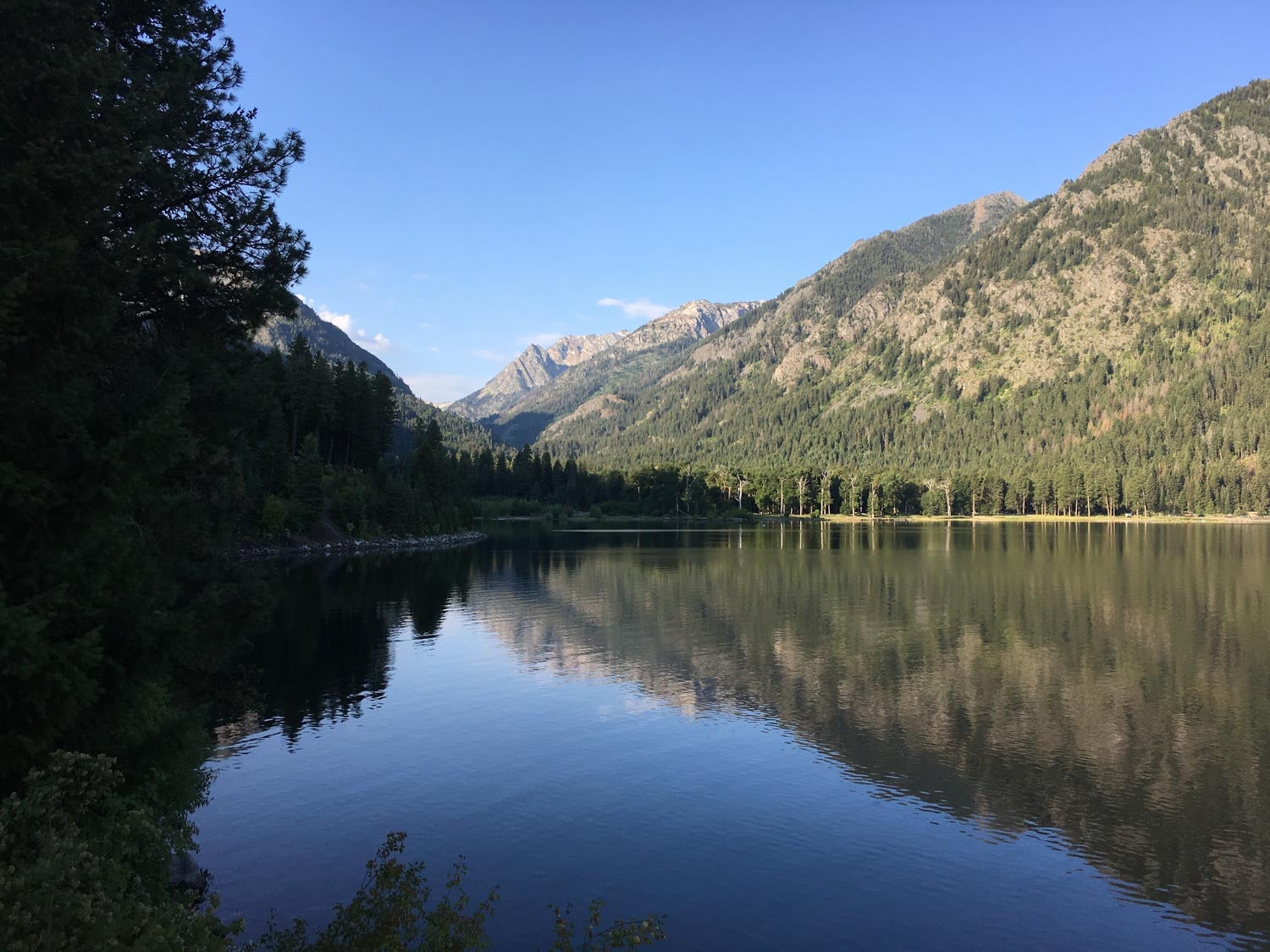 Image from Justin S.’s campground review on The Dyrt

Set within an alpine wonderland, Wallowa Lake State Park is surrounded on three sides by 9,000-foot mountains, which are reflected beautifully in a clear lake. The state park itself is rather small, but you’ll find a plethora of outdoor adventures in the area.

Wilderness trails lead deep into the glorious Wallowa Mountains, one of the Seven Wonders of Oregon, while more leisurely activities such as horseback riding, bumper boats, a tramway to a mountain peak, and mini-golf can be enjoyed nearby as well. A drive to Hell’s Canyon is always worth it, too.

“Wallowa Lake is known for its natural beauty, fishing, and water sports. The surrounding mountains and wilderness area are spectacular. Ride the tram to the top of Mt Howard (not cheap, but worth it). Take advantage of the amusement spots. Stop by the lodge for a meal, a night’s stay, or a beverage. Nearby Joseph is a fun spot with shopping, a brewery, galleries and eateries.” —The Dyrt Camper Sherrie B. 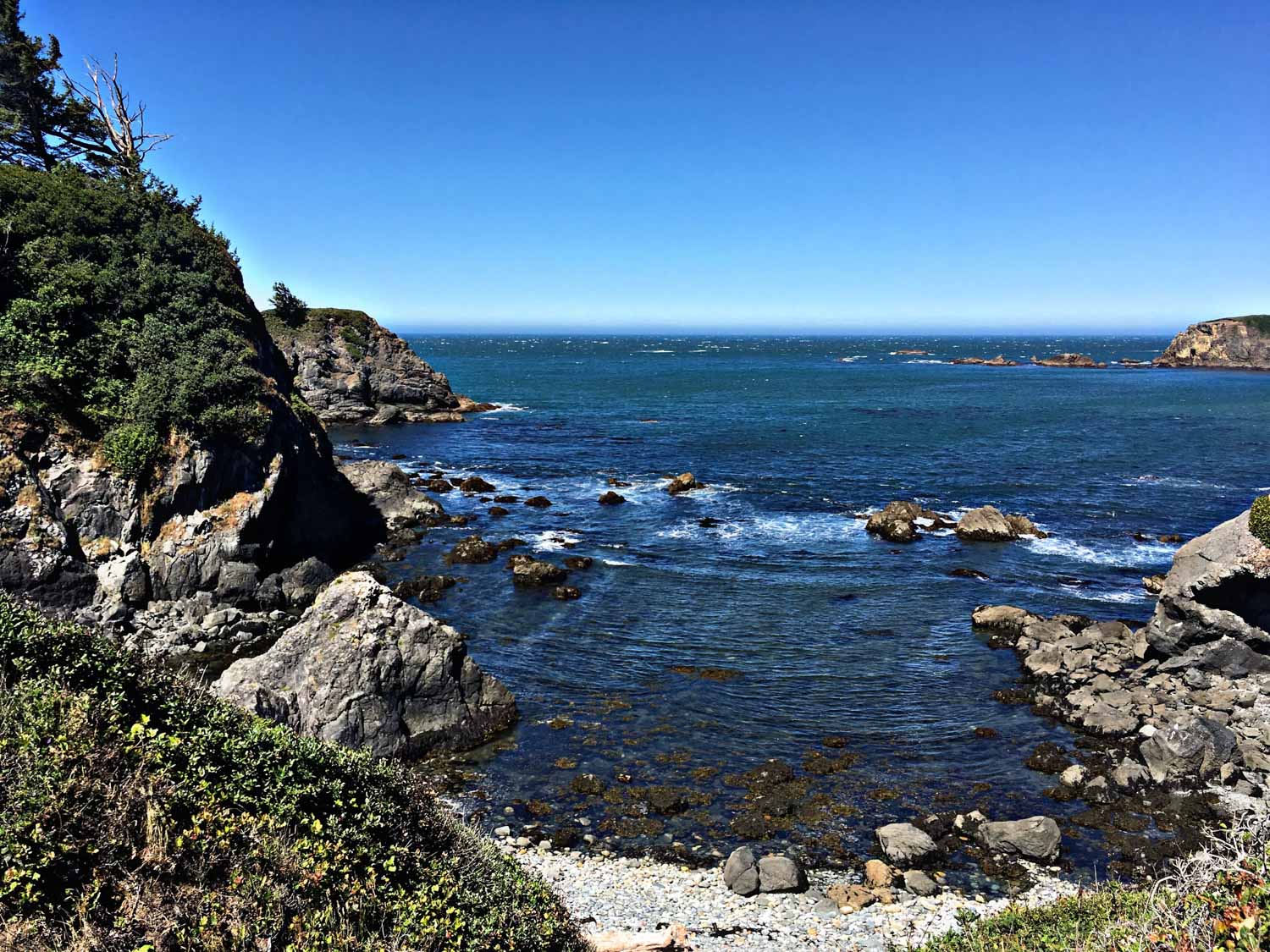 Hop in your car and explore the Samuel H. Boardman State Scenic Corridor just north of the park, a stretch of beautifully rocky coastline. It’s exceptional even by Oregon standards.

“I wish I could have stayed longer. Super close to Samuel Boardman Scenic Corridor on the southern Oregon coast and 27 miles from the northern borders of Redwoods National Park. 1 mile from town. Lots of kids on bikes and families having a great time. One of the highlights of my month-long trip.” —The Dyrt Camper Ellen H. 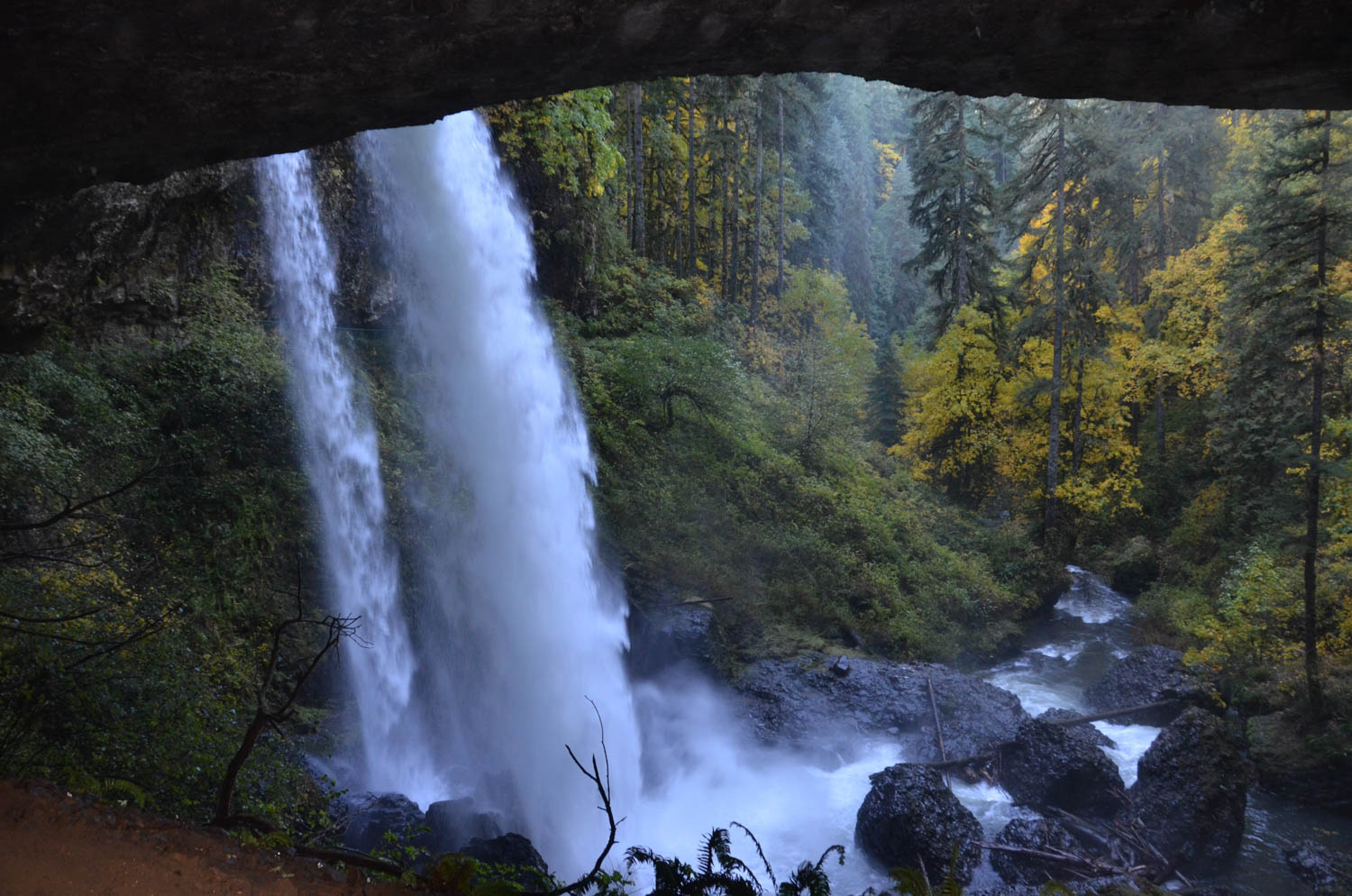 Set up camp at the large campground, featuring 45 tent sites, 52 electrical sites, 2 group camp areas, and even two ranches, and head out for one of the best day hikes in the state.

“Where else can you walk behind waterfalls?” the official website asks. And they’re right. The Trail of Ten Falls takes you behind 177-foot South Falls. As its name suggests, nine more waterfalls await you further down the trail.

“Truly awesome site in every sense of the word. There is a gorgeous trail from the campsite through a deep green canyon that takes you by 10+ waterfalls. This place is straight out of Jurassic park. The hike itself is easy to moderate and takes you behind a couple falls as well. […] This is a must-see destination for true Oregonians as well as transplants. Great photo ops, swimming spots and has an interpretive center.” —The Dyrt Camper Tj B. 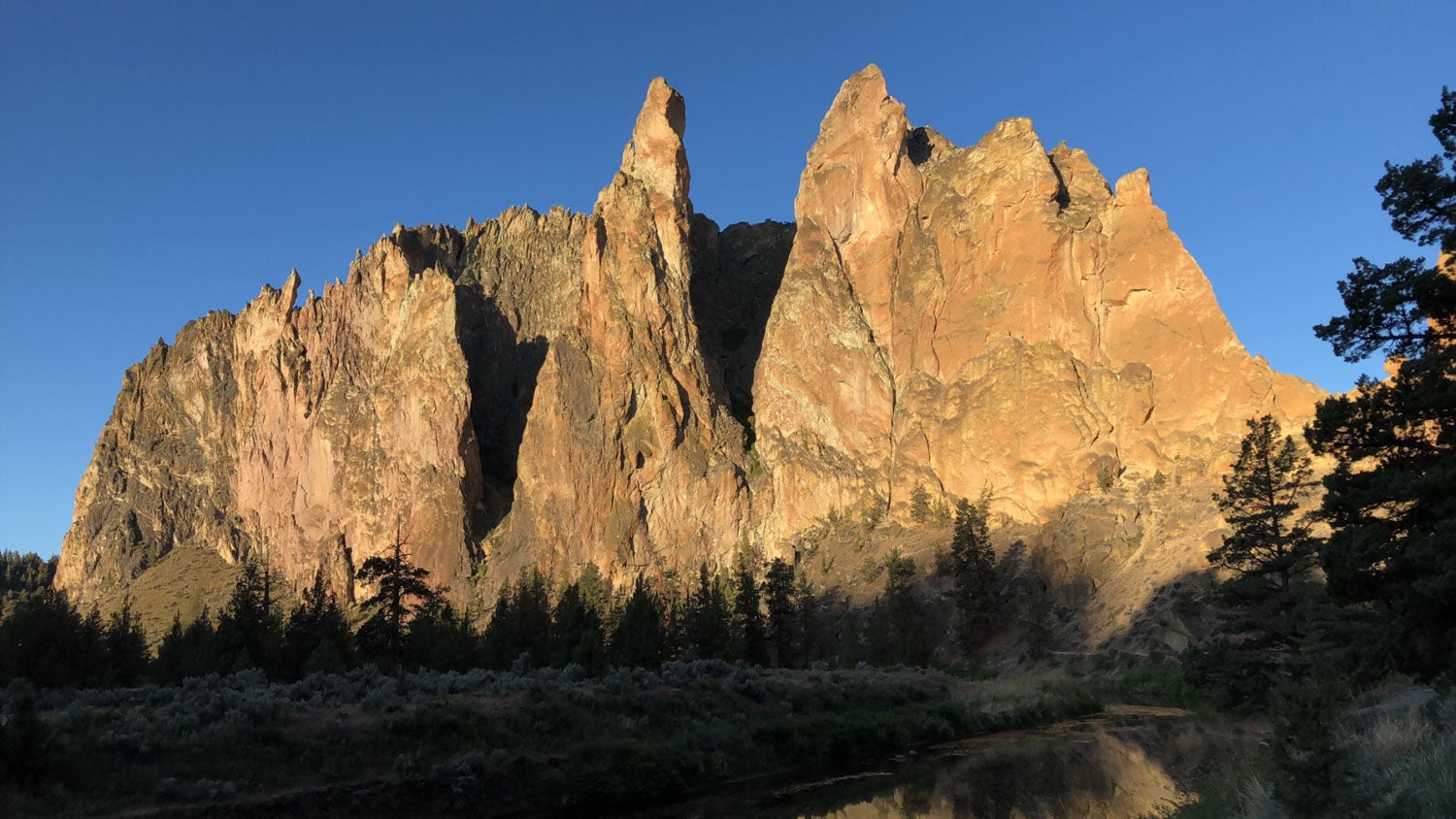 The only state park in Oregon that’s also one of the Seven Wonders of Oregon, Smith Rock lies in the High Desert, just north of Redmond and Bend. Rising majestically out of the surrounding plains, these towering rock spires, cliffs, and pillars are an imposing sight. It’s considered one of the greatest rock climbing destinations in the world.

In fact, this is where modern American sport climbing originated in the 1980s. Nowadays, there are literally thousands of different climbing routes in this relatively small state park. Additionally, mountain biking, horseback riding, and hiking trails wind their way around the rugged rock formations, along the peaceful, slow-flowing Crooked River.

“Smith Rock always surprises me. Here you are, driving through the farmlands of Central Oregon and BAM. There is Smith, rising out of the ground. Although there are no actual “sites”, the area for tents is peppered with naturally formed sites amongst trees. You may need to search a little for some space, but I’ve always found a secluded spot for a tent or hammock.” —The Dyrt Camper Gabrielle S.

Don’t Have Time for the AT? Hike Mount Katahdin, the AT’s Northbound Terminus

This article about Mount Katahdin is brought to you by AfterShokz, the designers of out-of-ear headphones that let you listen to your surroundings and your…

6 Caves in Missouri Made for Scenic Spelunking

Long known as the “Cave State,” Missouri is a popular destination for cave tours and spelunking. From early Native American artifacts to astoundingly old rock…