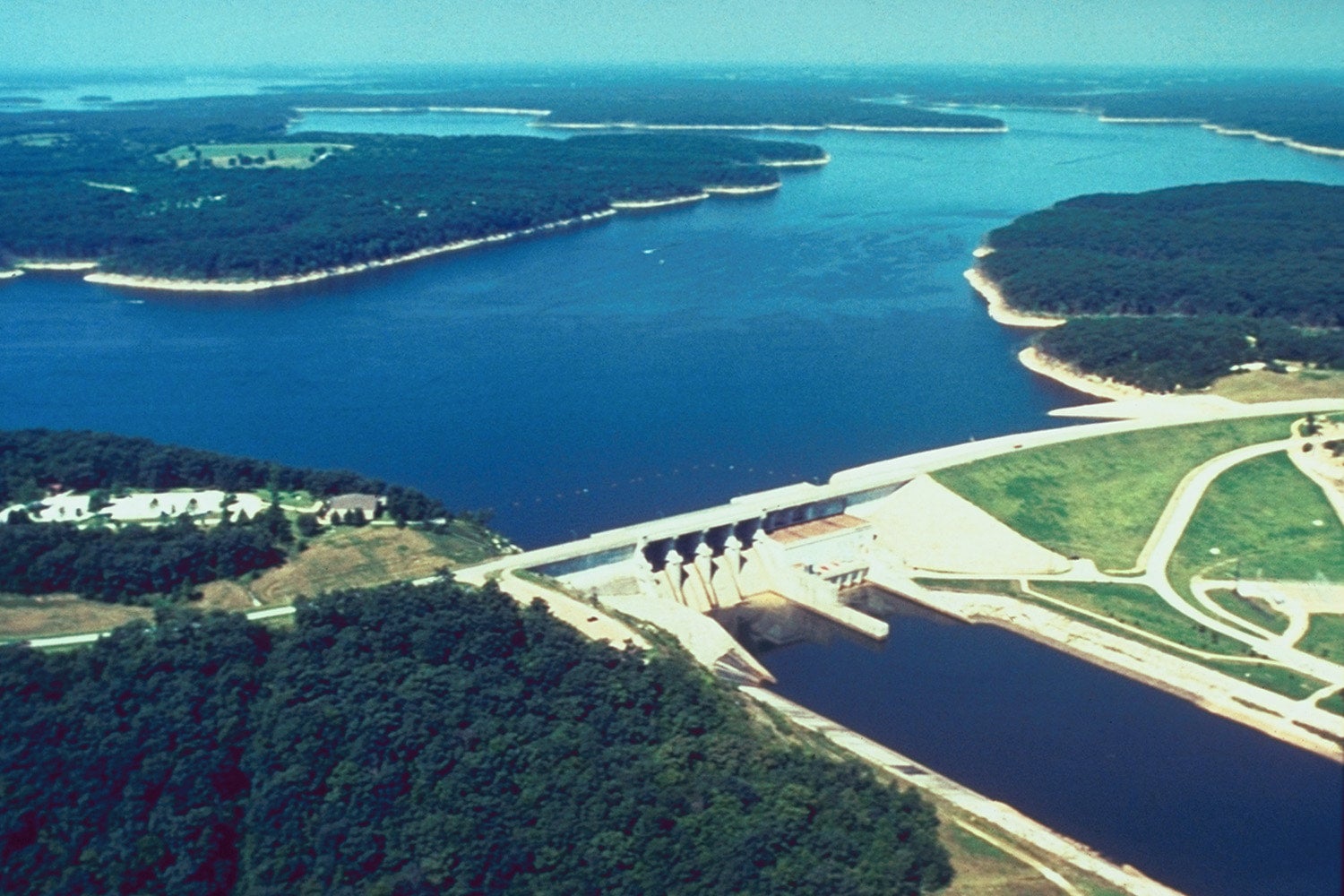 American author Mark Twain (pen name of Samuel Clemens) often delighted audiences with stories set in his humble hometown of Florida, Missouri. The town rests next to what is now known as Mark Twain Lake. Twain once called the town a “nearly invisible village,” saying, “The village contained a hundred people, and I increased the population by 1 percent. It is more than many of the best men in history could have done for a town.”

The Clarence Cannon Dam, constructed between 1970 and 1983, created an 18,000-acre lake that now sprawls out from Florida, connecting several recreation areas along its shores. The lake and area surrounding it were later named Mark Twain Lake and Mark Twain State Park in honor of the hometown author.

With over 18,000 acres of water and 285 miles of shoreline, Mark Twain Lake is perfect for water activities. Visitors can enjoy boating, swimming, fishing, and lakeside camping. Plus, proximity to the history-filled cities of Florida and Hannibal make it the perfect spot to stay as you explore the area. 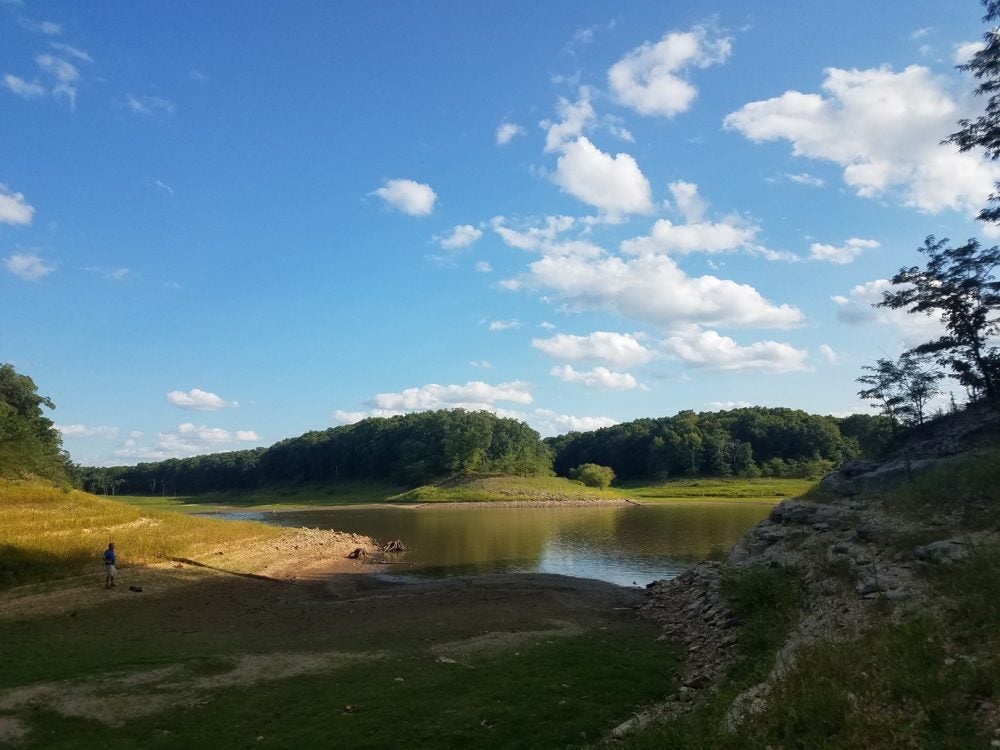 However, the lake and dam offer more than just recreation to Missouri residents. Mark Twain Lake and the neighboring dam provide hydroelectricity, flood control, wildlife conservation, and water supply navigation to the area.

Visitors can camp at Mark Twain Lake in areas developed by the U.S. Army Corps of Engineers, and in several private recreation areas around the lake. Many of the areas have electric hookups, showers, restrooms, fire grills, picnic tables, and playground equipment.

Visitors can also camp at the Mark Twain State Park, part of Mark Twain Lake. Here, it’s easy to find a secluded spot between the forest and the water. Campers are welcome to bring firewood, but the park asks that they comply with current firewood advisories.

“There is something really magical about the campground we stayed at in Mark Twain! The designated spots feel secluded since they are bordered by forest. We got a spot right off the water and woke up to the sound of it in the morning. The hiking trails nearby are also really beautiful and right along the river. Definitely recommend!” – The Dyrt Camper Susanna P.

Bluffview is a popular location for boating and fishing near the lake. Campers can relax in the Salt River that runs through the campground, or enjoy bird watching in the tree-topped hills nearby. Birdwatching and wildlife viewing are also popular activities in the area.

“This place was such a wonderful getaway! The views are absolutely amazing, and the campground has never been packed when I visit, adding to the peacefulness and privacy,” she writes.

Adjacent to Spalding Beach, the John Spalding Recreation Area is a perfect location for water activities on Mark Twain Lake. Visitors will love the clean and sandy beach area, and its proximity to the Joanna Trail, a 32-mile trail for hiking, biking, and horseback riding.

The campgrounds don’t allow outside firewood, but visitors can purchase firewood at the location itself if they’d like to have a campfire. Plus, the recreation area is just a stone’s throw away from Mark Twain’s birthplace in Florida, as well as the many attractions in Hannibal, MO.

Mark Twain Lake and the Clarence Cannon Dam offer a variety of activities for campers as well. Boating, swimming, sailing, and fishing are popular in the area. Several tributaries come together to form the lake, making it a perfect place to paddle. Kayaking has become so popular at Mark Twain Lake that city officials have begun organizing kayak races when the water levels are favorable. 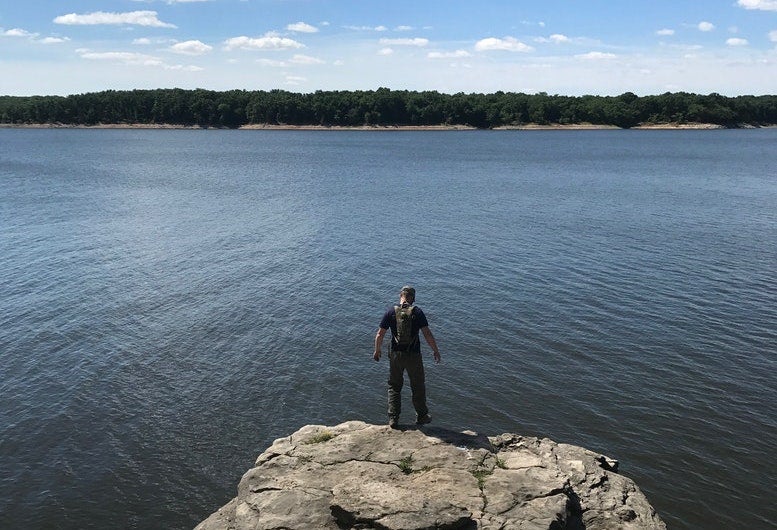 In addition, visitors can enjoy the recreation area’s hiking and climbing routes, horseback-riding trails, beaches, picnic shelters, and managed wildlife habitats. The Dogwood Trail is the longest hiking trail in the park, giving hikers ample time to enjoy the oak-hickory woodlands and dogwood blooms in the spring. The trailhead rests at the historic Buzzard’s Roost overlook for a scenic start and finish.

Nearby, campers can visit the many historic locations of Mark Twain’s hometown. The Mark Twain Birthplace Historic Site is located in the now uninhabited village of Florida, Missouri. Here, visitors can view rare exhibits such as first edition books and a handwritten manuscript of The Adventures of Tom Sawyer, and furnishings from Mark Twain’s home.

Visitors can also picnic at the Mark Twain State Park Picnic Shelter at Buzzards Roost. Built in 1941 by an all African-American Civilian Conservation Corps company, the shelter is made of stone in a rustic style. It was listed on National Register of Historic Places in 1985. 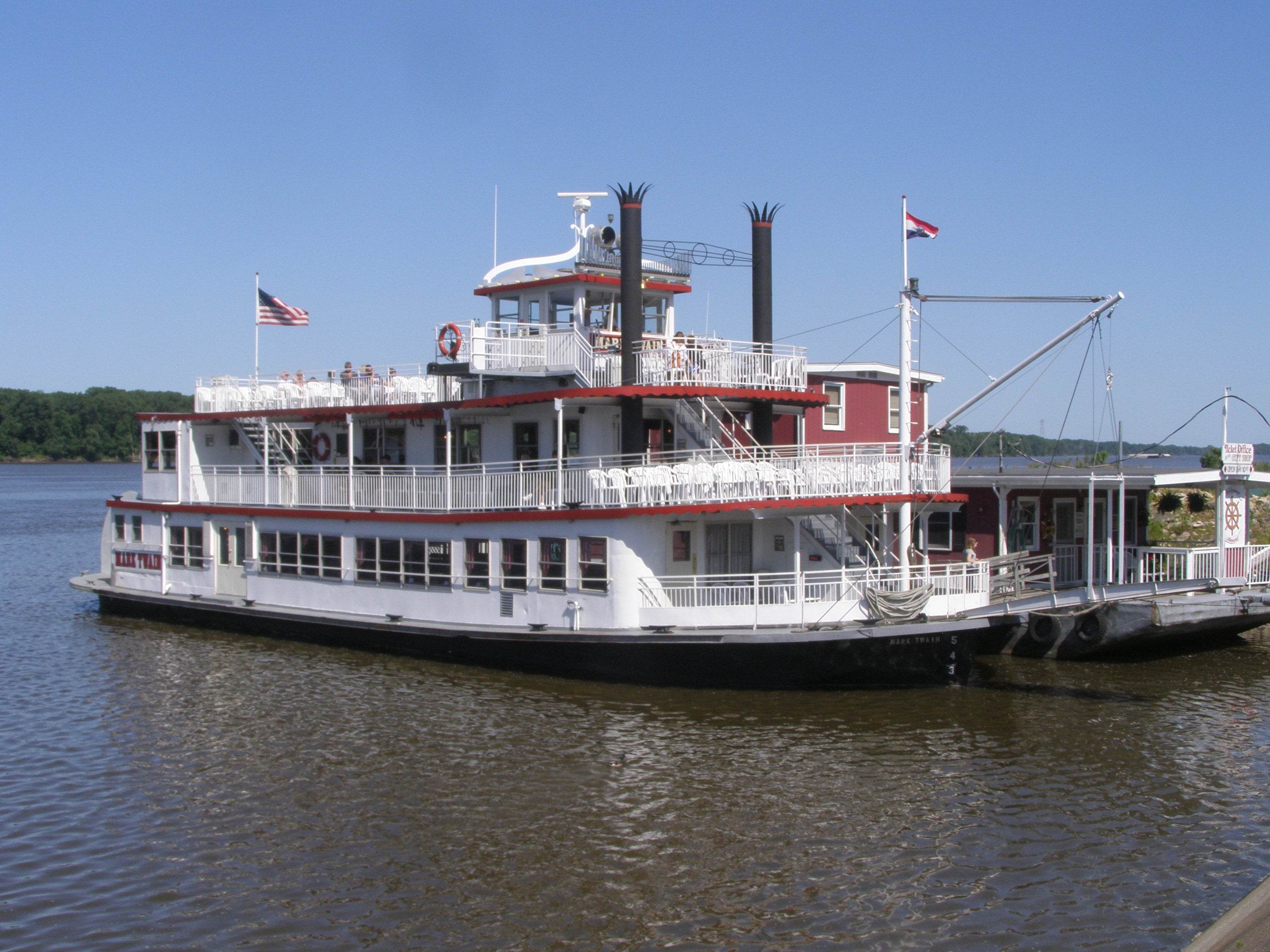 Hannibal’s Old Baptist Cemetery is less than 30 minutes away. This famous cemetery is where Mark Twain sets the murder of Doc Robinson in The Adventures of Tom Sawyer. During the summer in Hannibal, the Mark Twain Riverboat offers four cruises a day. Just a stone’s throw away lays the Mark Twain Cave. Featured in five of his books and the once hideout of Jesse James, the cave is full of fascinating stories.

Campers won’t get bored during a visit to Mark Twain Lake between water recreation, forest exploration, and historic sites nearby. Be sure to take a final look at the town from Holliday’s Hill in Hannibal before you go. It’s a bit of a climb, but the hill offers a hard-to-beat view.

From the top of it, Mark Twain wrote, “From this vantage ground the extensive view up and down the river, and wide over the wooded expanses of Illinois, is very beautiful– one of the most beautiful on the Mississippi… it was satisfyingly beautiful to me, and it had this advantage over all the other friends whom I was about to greet again: it had suffered no change; it was as young and fresh and comely and gracious as ever it had been.” 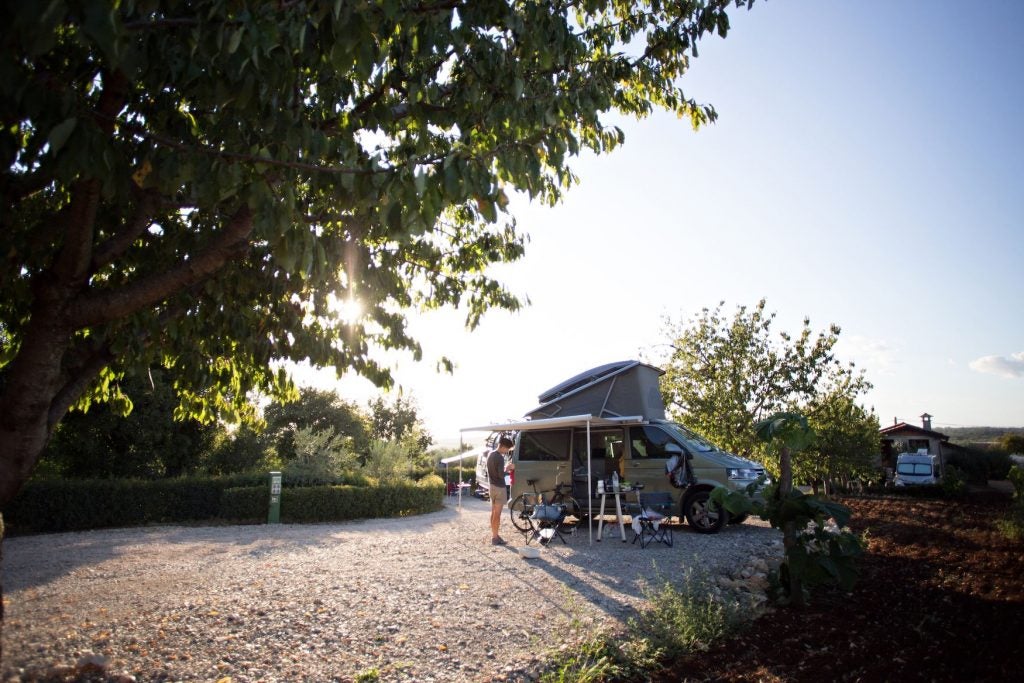 How to Park Your RV at Wineries Instead of Walmarts

Harvest Hosts is a network of farms, wineries, and unique parking opportunities for RV travelers.  The freedom to move from place to place and take… 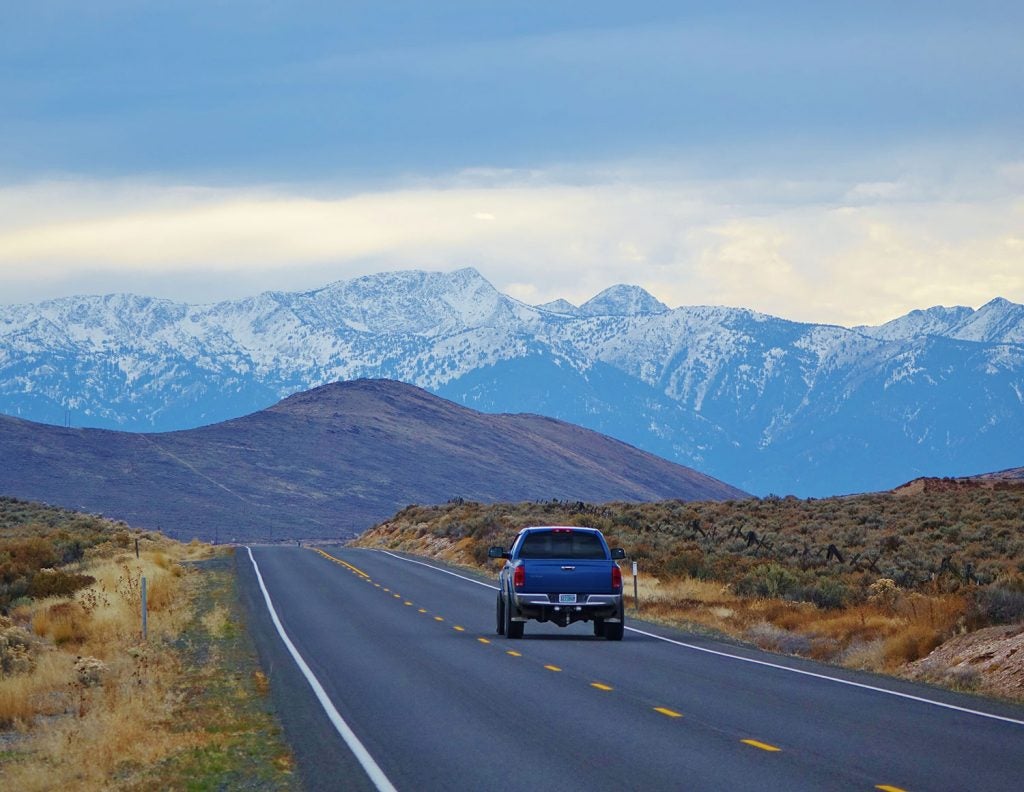 No other state in the U.S. has as many designated scenic drives as Oregon, placing it firmly among America’s best states for road trips. In…