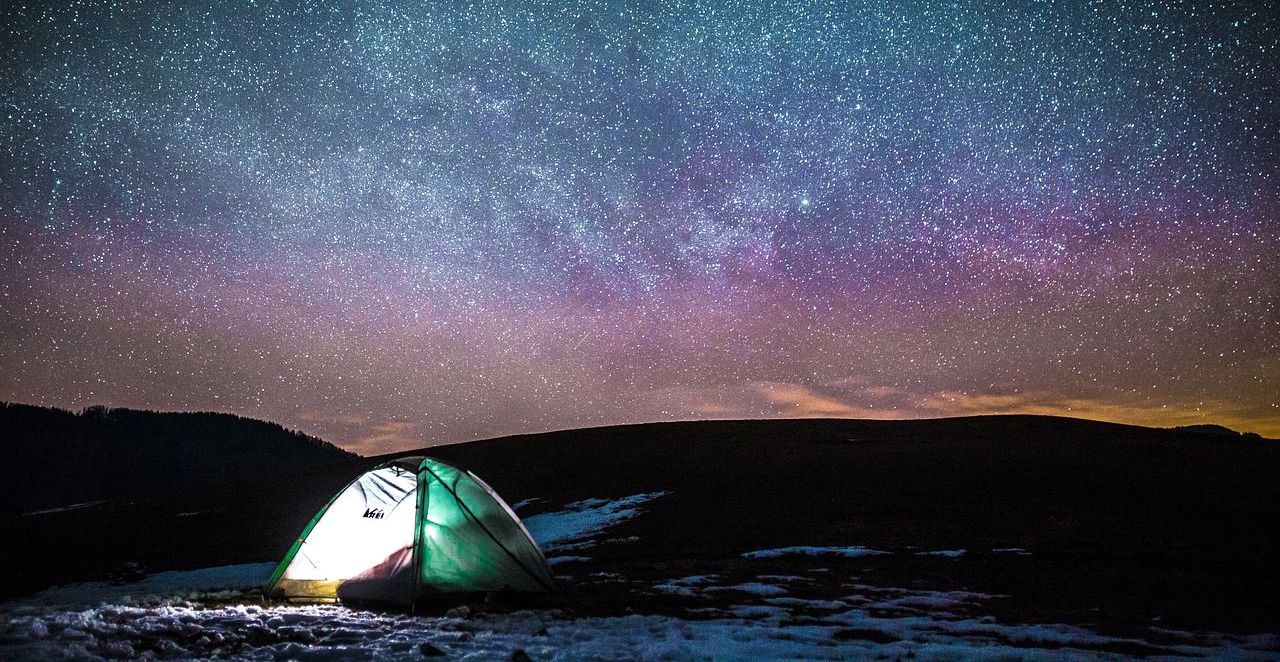 The John Glenn Astronomy Park in Ohio opens on June 21st, 2018, just in time for the summer solstice.

One of the big draws of camping is being able to sleep under the stars, counting constellations, and seeing all those beautiful balls of light winking back at you. Unfortunately, it can be hard to catch a glimpse of some of the more distant sites in the night sky if you’re anywhere near a major metropolitan area. If you’re craving some quality time with the stars, you don’t have to go deep into the desert or across the Atlantic to Stonehenge.

There’s a new dark sky park just an hour outside of Columbus, Ohio and a day’s drive or less from cities including Cincinnati, Pittsburgh, Ann Arbor, Buffalo, Nashville, Asheville, and Chicago. The John Glenn Astronomy Park is perfect for stargazers and it is about to open on June 21st— just in time for the 2018 summer solstice.

The astronomy park has been built on an old piece of farmland, which was donated. In an effort to preserve the historic integrity of this place, you can still see the classic Ohio farmhouse near the street as you enter. The dark sky magic happens further back on the property, in a large clearing free of tree canopy, where the glow from Columbus is just a distant murmur on the horizon.

Park Director Brad Hoehne is very excited about how the park’s design makes it easy for even amateur astronomers to get a sense of the universe’s grand scale. At the center of a stone plaza is a circular bench with a slim metal column topped with a silver sphere — the three elements are scaled in proportion to the size difference between the sun (the plaza), Jupiter (the bench) and Earth (the sphere). At one end of the plaza is a flag pole, which marks celestial north, and makes it easier to know where to aim your telescope.

The plaza is ringed by a wall that is punctuated with stone pillars, each with a diagonal hole down the middle. Those gaps will be precisely pierced by the sun’s rays on equinoxes and solstices. The angle of the diagonal holes are set to mirror the angle at which the sun rises and sets at this particular latitude in Ohio.

“It’s better than Stonehenge!” quips Hoehne during a special preview tour, as he shines a red laser to demonstrate where the sun’s rays would fall if it weren’t 10 o’clock at night during a full moon. Just behind the plaza, you also will find a building with a retractable roof, which is home to the park’s 28-inch telescope.

The John Glenn Astronomy Park officially opens just before the summer solstice sunset at 6:30 PM on June 21st, 2018. A long weekend of festivities is planned, with programing on the 22nd and 23rd, including use of the observatory if weather permits. Visitors are encouraged to bring their own telescopes and binoculars, too.

You can drop by the park to stargaze on your own during open hours. However, if you want more of a formal experience, you can also wait for Hoehne’s informative solar system walks, which will take place regularly to view prominent solar events, such as the Great Orion Nebula, meteor showers, and comets.

You will have to wait for the park to officially open to enjoy it, but afterwards you can go anytime as long as you sign in when you get there. Keep in mind that camping here is prohibited, and so are open flames (the smoke and firelight can obscure stargazing). You can, however, camp at these two places nearby:

Inn and Spa at Cedar Falls

You might also enjoy staying in one of the yurts at the nearby Inn and Spa at Cedar Falls, which each feature central skylights — all the better for gazing at the night sky. The Inn also has cabins and cottages, and an on-site restaurant if you work up an appetite. 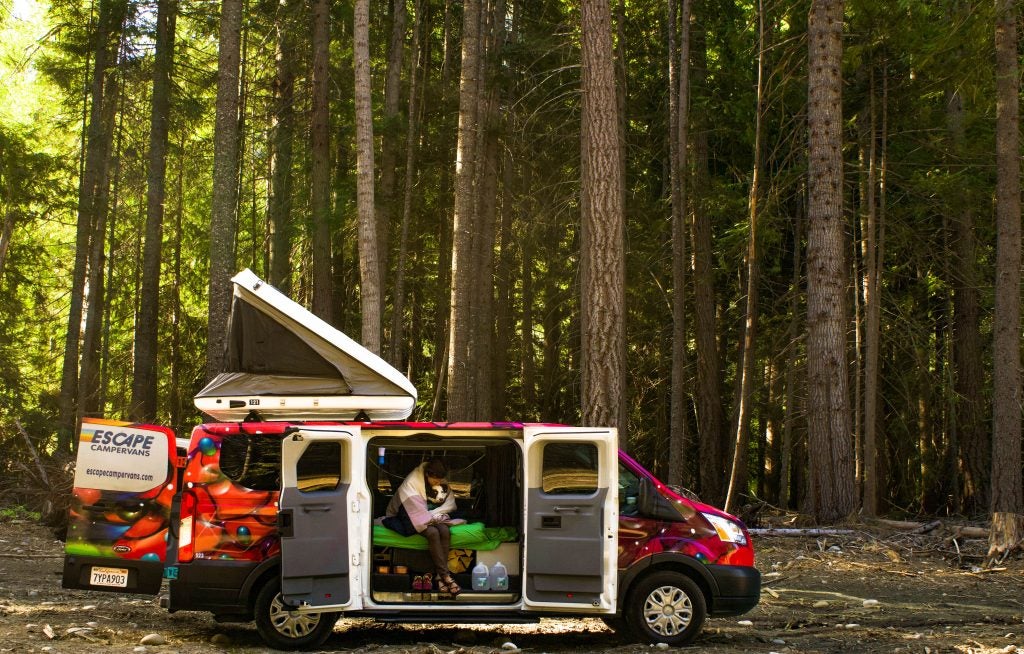 After A Weekend in an Escape Campervan, I'm Stoked for Vanlife

Use code DYRT15 to save 15% on your own Escape Campervans rental.  There are 3,026,050 #vanlife pictures on Instagram. This number grows by the minute… 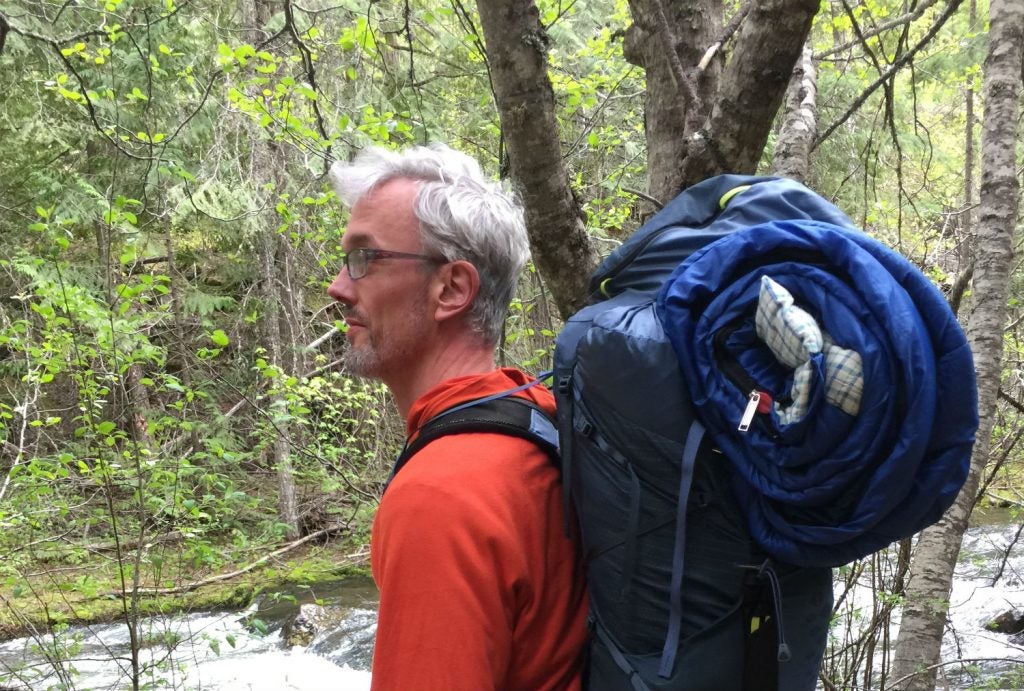 How Camping Saved Me After Divorce

“The trouble with hello is goodbye.” —Dave Grusin The thing about big breakups is that they take the ground from under your feet. You’re thrust,…