Camp Near This Unusual Connecticut Castle, Once Home to “Sherlock Holmes” 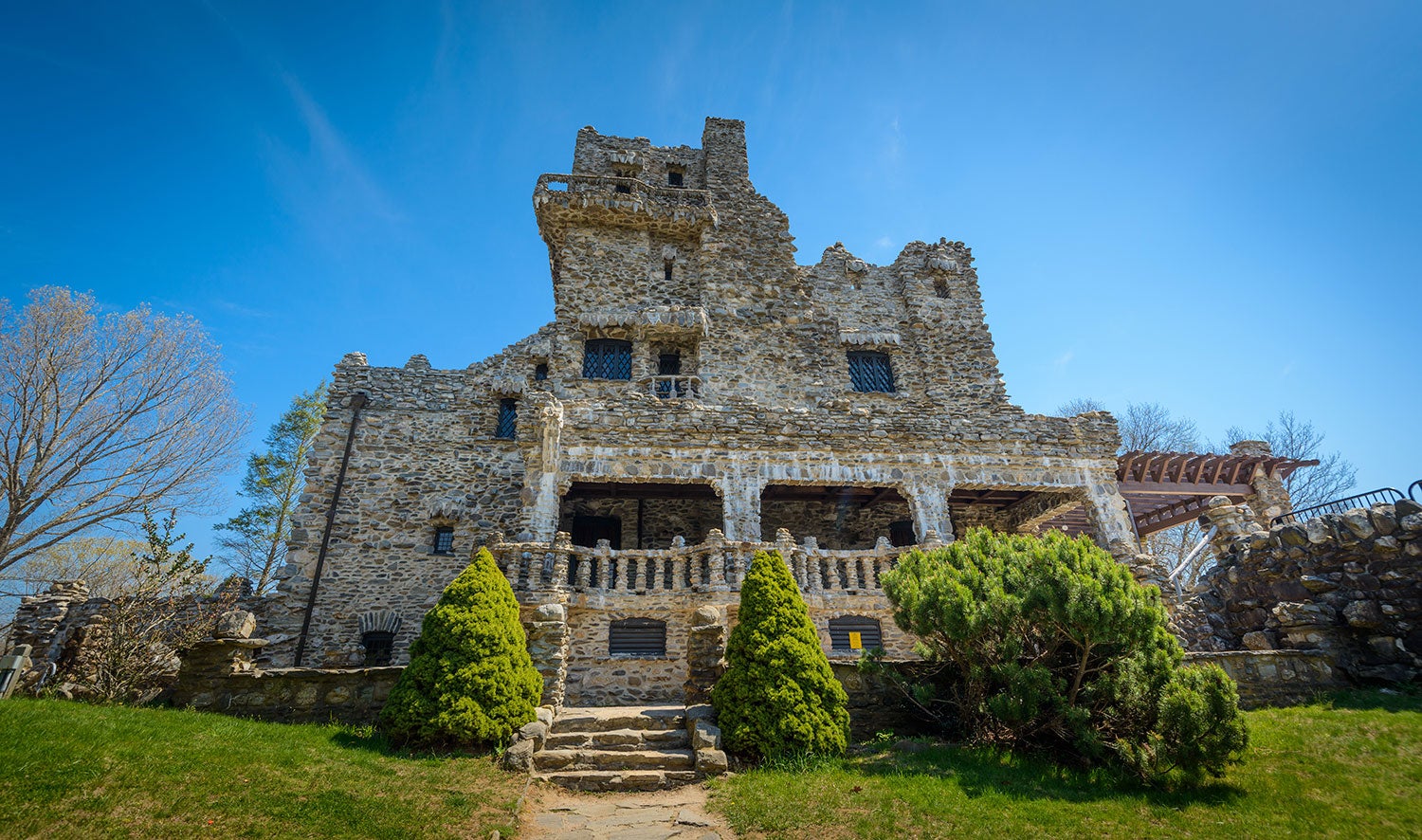 In a quiet town on the Connecticut River sits a majestic, stone castle that looks like something out of a fairy tale. And while you won’t find Rapunzel or Sleeping Beauty in any of its 24 rooms, you will find quirky details of creative genius from the mind of a man best known for portraying another fictional character.

Gillette Castle State Park was named after William Hooker Gillette, actor, playwright, and director, most well-known for his role as Sherlock Holmes. Sometime in the 1890s, Arthur Conan Doyle asked Gillette if he would adapt the Sherlock Holmes stories into a play. Gillette agreed and wrote a play based on Doyle’s character. He, himself, played the leading role, portraying the Sherlock Holmes character.

As for the “castle”: According to legend, Gillette was sailing down the Connecticut River when he spotted seven striking hills towering over the water. He’d been thinking of constructing a retirement home for himself in the Hamptons, but upon seeing those majestic seven hills, called the Seven Sisters, decided to alter his plans and build his retirement home there instead.

He built his 24-room mansion on the southern most hill of the Seven Sisters. In 1943 the state of Connecticut purchased the castle and its surrounding land from the executors of Gillette’s estate and created Gillette Castle State Park. 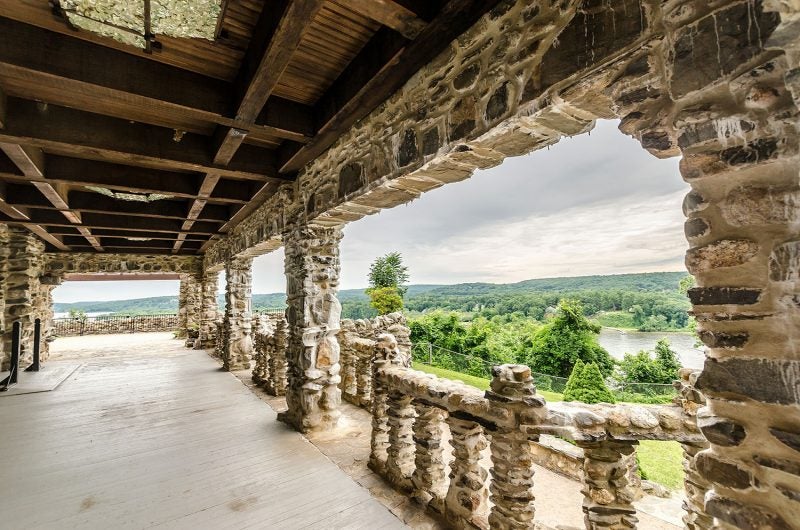 In the spirit of his most famous character, Gillette designed his home to include secret rooms and passageways, as well as stunning examples of wood craftsmanship.

Hand-carved white oak woodwork fills the castle. Every single one of the forty-seven doors within the mansion is unique, each with an intricately carved external latch.

Castle furnishings include built in couches, a heated bed, hand carved wood light switches, and a moveable table on tracks. A poorly lit dungeon-like room greets visitors upon their entrance to the castle. There’s a secret door in this entrance room near the staircase that leads to rest of the house.

The story goes that Gillette enjoyed emerging unexpectedly from this door to welcome (and startle) his guests. The house’s sprawling great hall is outfitted with a series of mirrors, one of which allowed Gillette to look out his bedroom door and see guests arriving and leaving.

Some of the other mirrors are positioned in a way that permitted him to play pranks on his guests. He loved to watch the reactions of his visitors trying to open a bar that could be rigged to open only for him.

Finely crafted cat toys also fill the mansion. Apparently Gillette was quite the cat person, having as many as 17 felines living with him at a time. 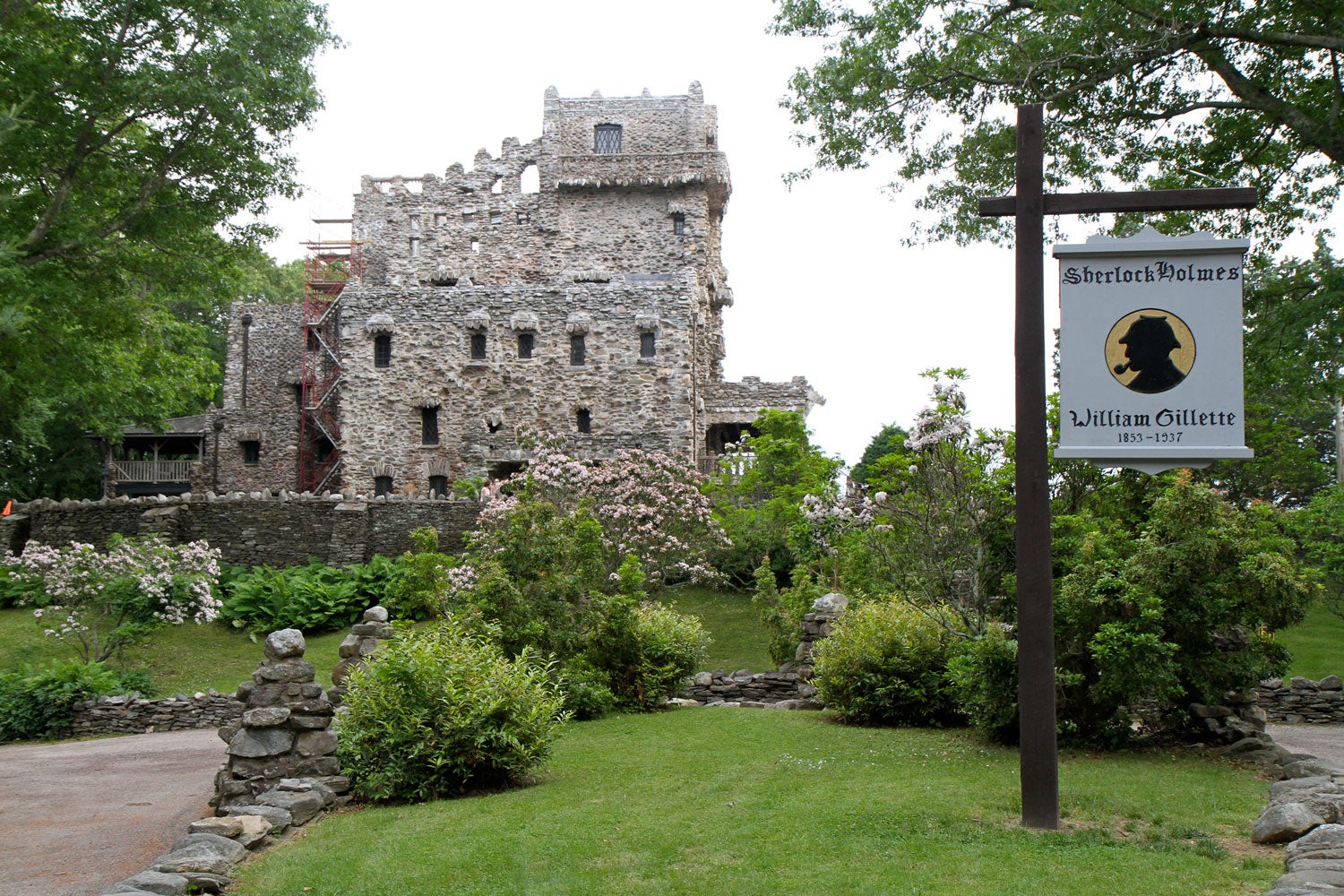 “Gillette Castle” by Jason Eppink is licensed under CC BY 2.0

The grounds outside the mansion are no less wonderful and distinctive. The walking paths have near-vertical steps, stone-arch bridges, and wooded trestles. There’s also a vegetable cellar, a railroad station fashioned after Grand Central, and a goldfish pond. Gillette Castle State Park is truly a whimsical and unusual place.

The park is open year-round but tours of the castle are only conducted between Memorial Day and Labor Day.

Gillette Castle State Park is also a Viewpoint Exhibit Host Site, part of a joint project of the Connecticut Commission on the Arts, the Connecticut Art Trail, and the Department of Energy and Environmental Protection. Outdoor exhibits of reproduced works of art from the nineteenth century make up the Viewpoint Exhibit Host Sites. The exhibits contain information about the artist as well as the location.

During the Impressionist period, artists came to the state to paint en plein air, or outdoors –“in the air”. They formed colonies at the Holley House in Cos Cob and Greenwich and Miss Florence Griswold’s boarding house in Old Lyme. Well known artists who were a part of these colonies include J. Alden Weir, William Chadwick, Childe Hassam, Theodore Robinson, John Twachtman and Elmer Livingston MacRae. 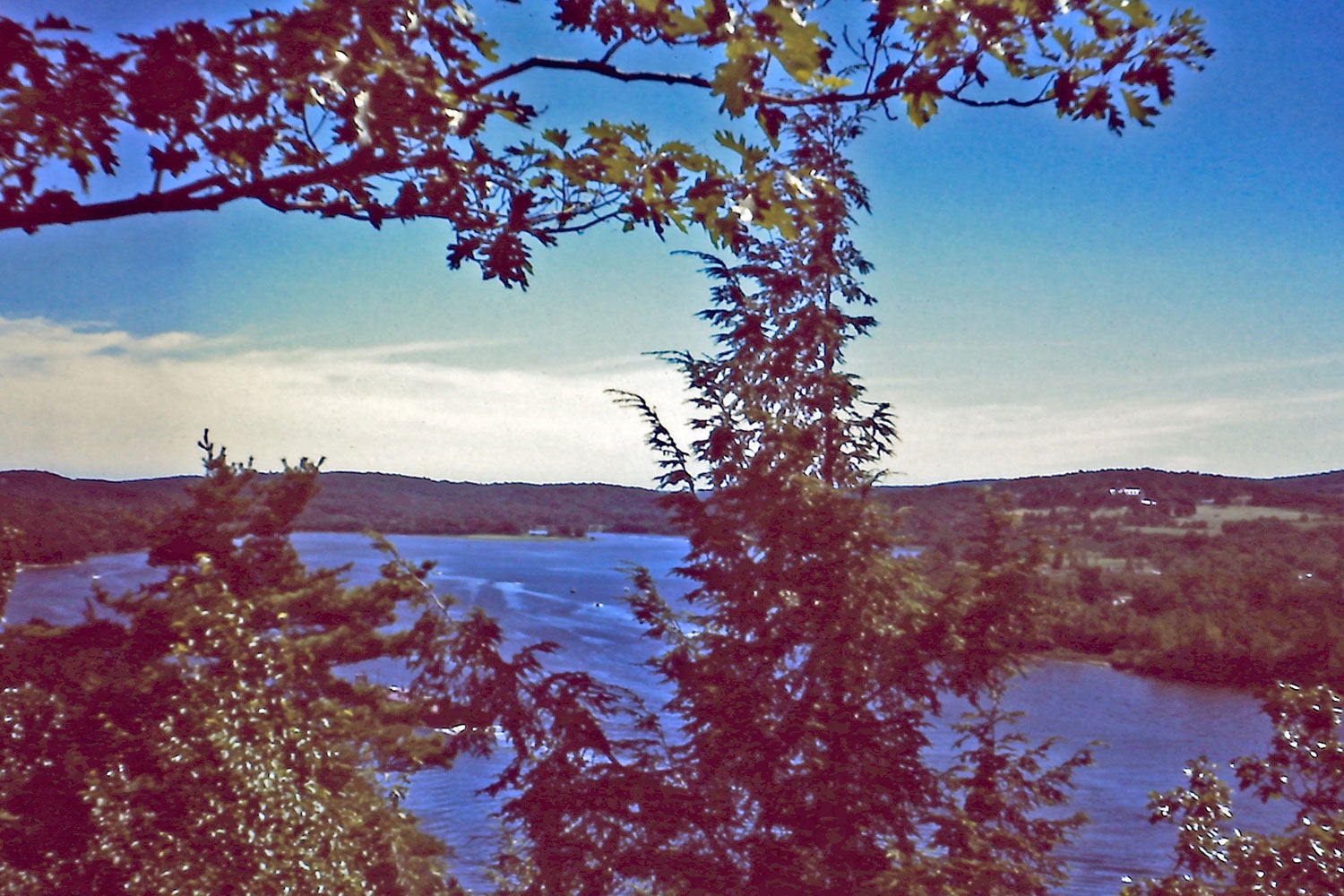 “Connecticut River from Gillette Castle” by rickpilot_2000 is licensed under CC BY 2.0

All of the camping available at Gillette Castle State Park (and nearby river sites) is primitive river camping. There are no vehicle sites or sites with hook-ups. 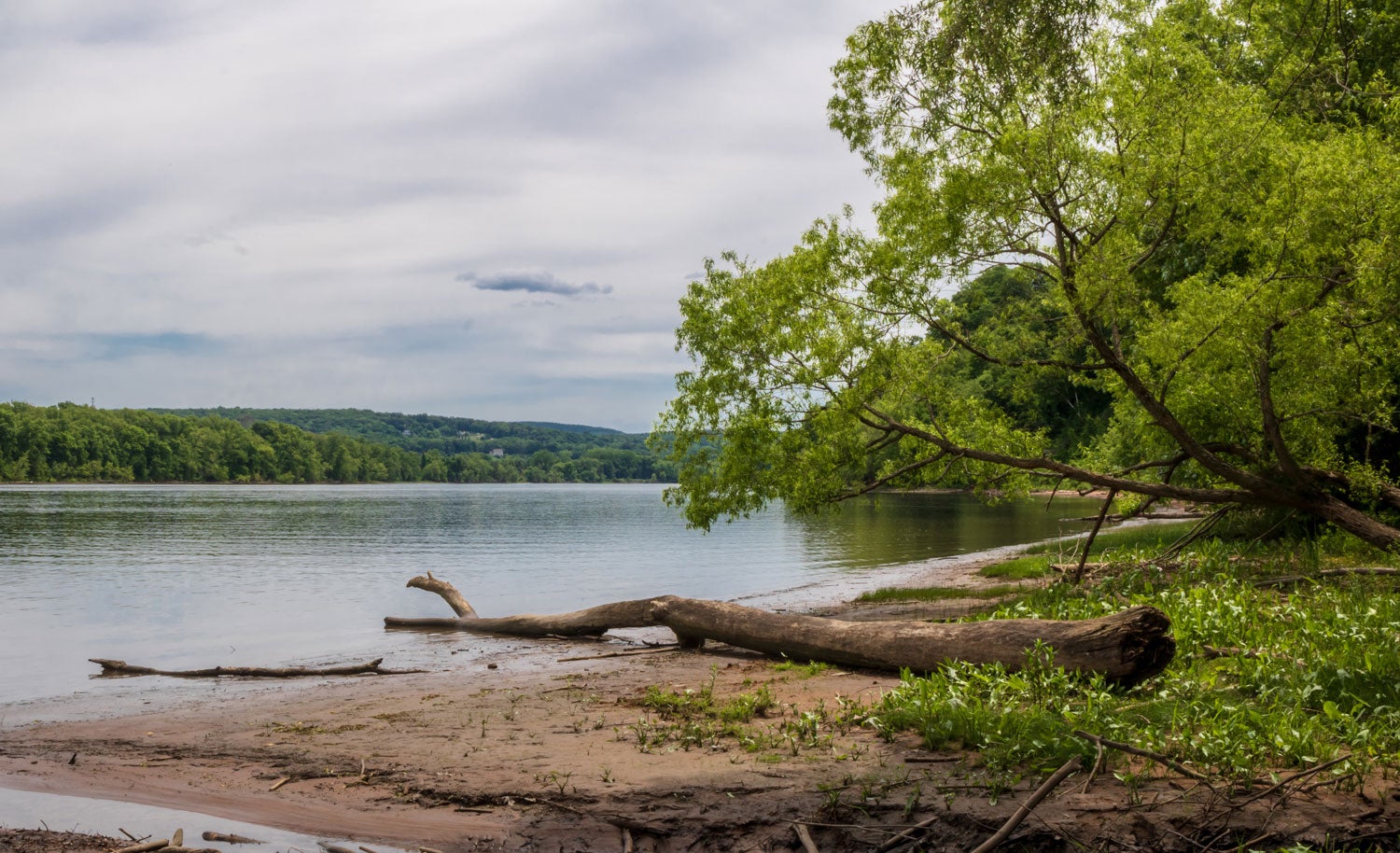 All of the Connecticut river campsites near Gillette Castle State Park are primitive and only accessible by boat. The only amenities at the sites are fire rings and pit toilets. There are no mooring or docking facilities.

When starting a fire at a primitive campsite, make sure to use only downed branches. No tree cutting of any kind is allowed.

The camping fee is $5.00 per person per night. You may only stay at a campsite for one night. 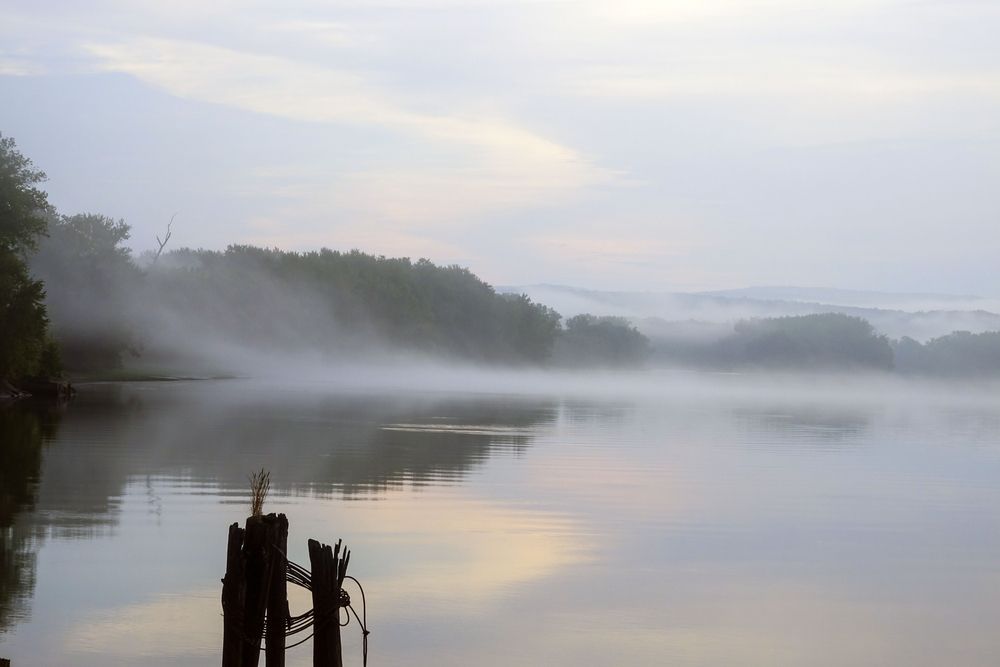 River Highlands State Park, in Cromwell, CT, sits on the bluffs about 150 feet above the Connecticut River. The entire park is designated as a walk-in facility. A relatively recent addition to the parks system (dedicated in 2001), River Highlands provides a quiet, nature-filled escape in the middle of a thriving densely-populated landscape.

The most incredible part of the park are the views of the Connecticut River from the bluffs. There are two public riverbank campsites available for those traveling by canoe or kayak.

Six campers are allowed at each site. The sites are open from May 1st through September 30th. 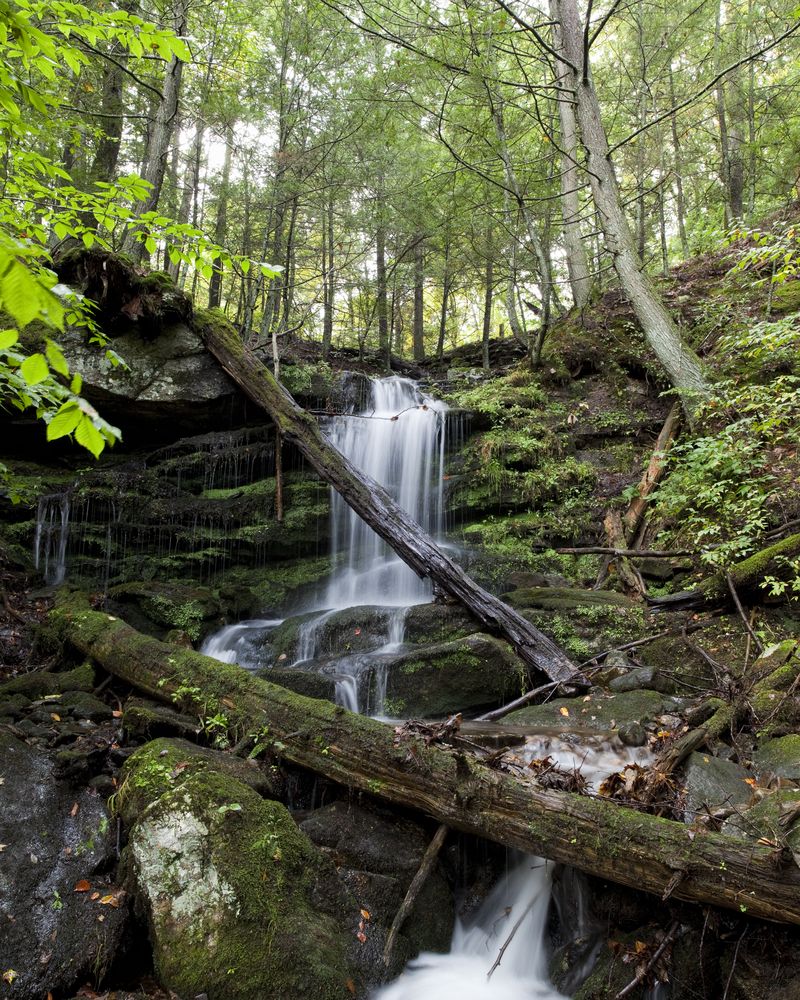 Located in East Hampton, on the east bank of the Connecticut River, Hurd State Park encompasses almost 1000 acres of land.

Popular among the small boat owning crowd, Hurd State Park is recognizable by the “split rock” landmark visible above the tree line. The park gets its name from the Hurd family who settled on the land in 1710.

Hurd State Park, like River Highlands, is a walk-in only facility. The camping area along the Connecticut River can accommodate up to twelve people at a time.

“We have camped on the south end of Hurd Park several times via boat access. It is amazing with the views of the CT River and being able to watch the sunrise and sunset.” –The Dyrt camper Jackie G.

Selden Neck State Park, located in Lyme, CT, is accessible by water only. The park was once the site of a farm and stone quarry. In the spring of 1854, excessive water runoff from the quarry cut the farm off from the mainland. Its been an island ever since and the largest one on the Connecticut River.

The 607 acres of Selden State Park do not have any roads or permanent dwellings. There are numerous island trails (some marked better than others) which lead through the wooded vegetation and offer exploration of the remains of the farm and quarry.

One of the marked trails near the Quarry Knob campsite traverses an old causeway once used to transport granite stones from the quarry to the shoreline. There are four boat campsites: the Cedars (20 campers), Hogback (6 campers), Springledge (8 campers), and Quarry Knob (12 campers). All of these primitive sites have outhouses, picnic tables, and pit fire rings.

Find even more top rated campgrounds in Connecticut on The Dyrt.

Vanessa is a writer, cyclist, and outdoor adventure lover based in New York City. In her spare time, she works as a tailor and pattern maker for television shows and movies. 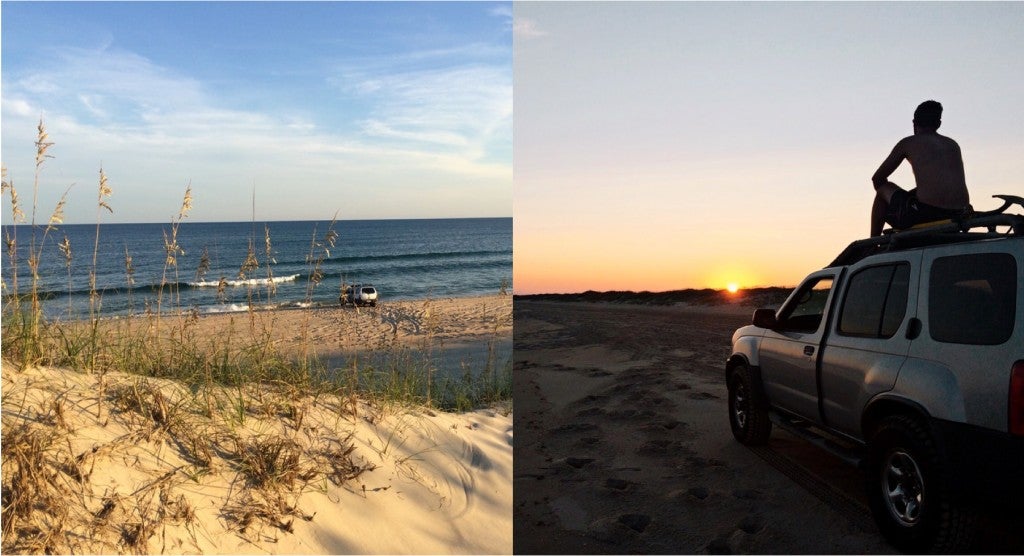 The 200-mile string of barrier islands known as the Outer Banks span most of the North Carolina coastline and feel like the south’s hidden gem…. 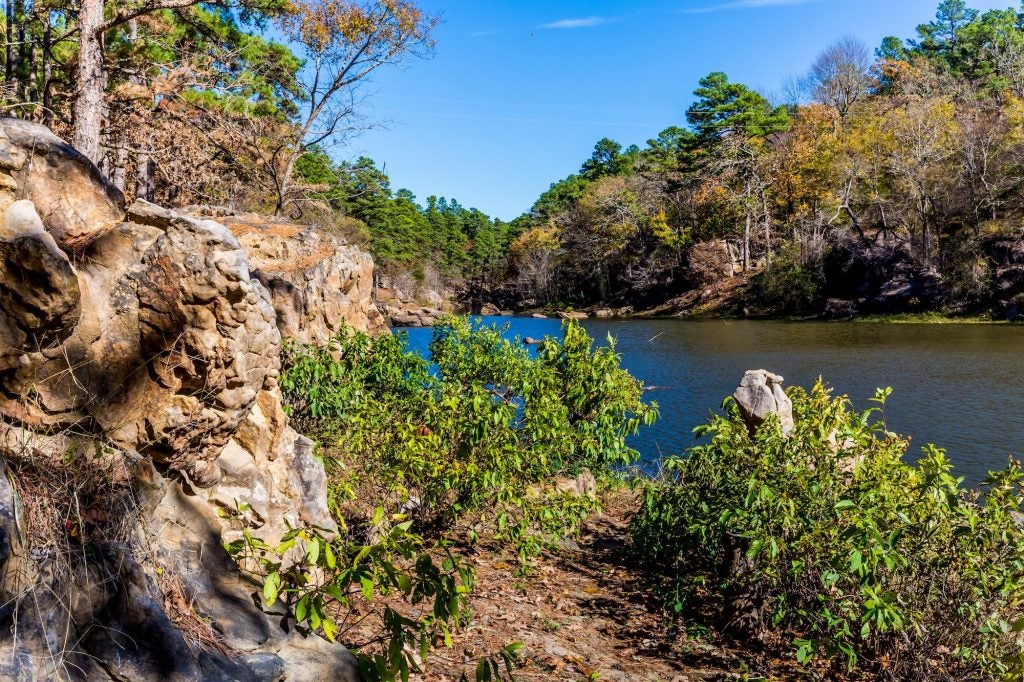 Nestled in Southeastern Oklahoma, Robbers Cave State Park offers all of your standard camping amenities, along with a haunted cave. (We’ll get to that later.)…