Beach Access in California is Too Expensive. You Can Help Change That. 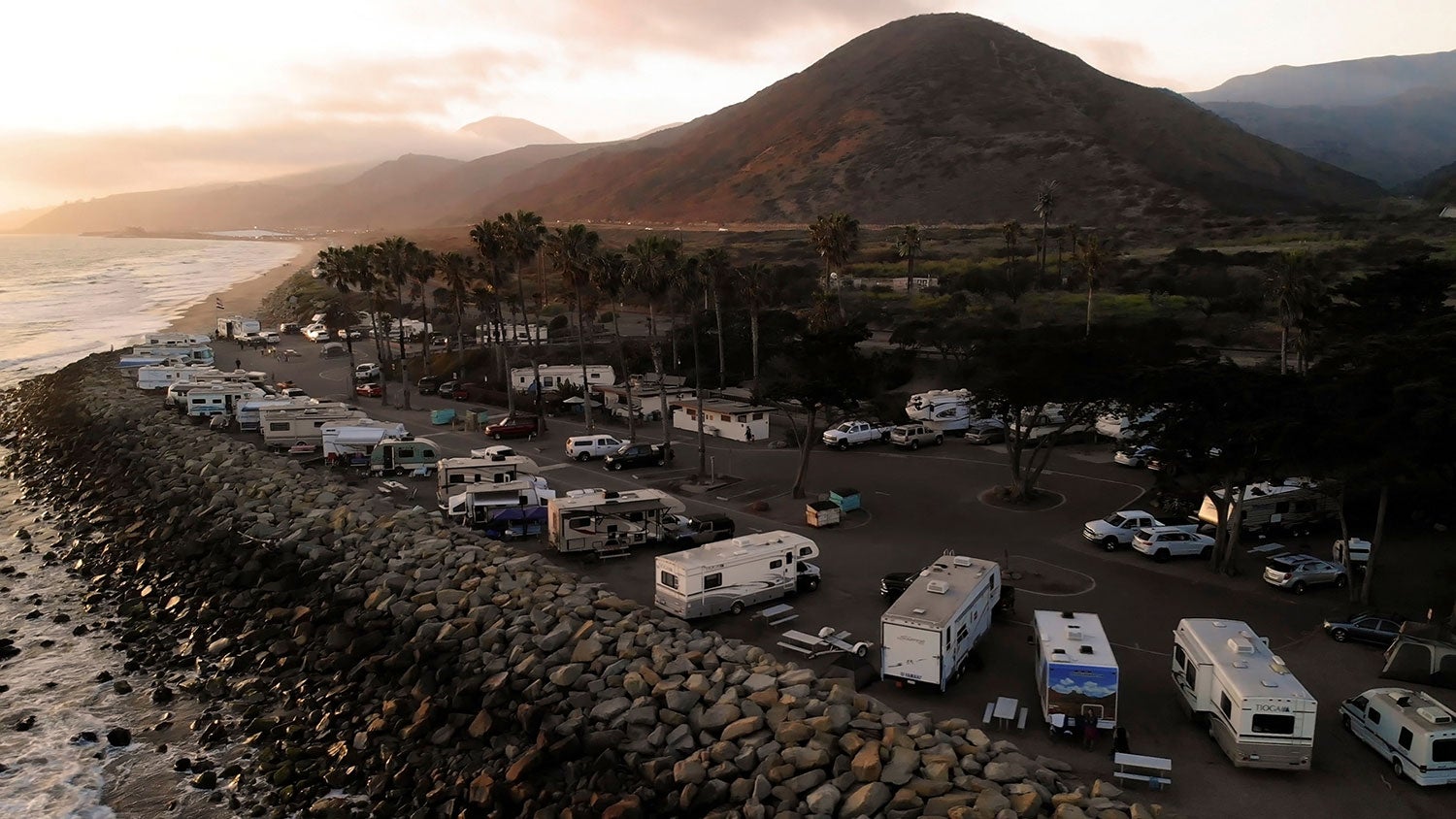 Staying overnight on the California coast, whether in a tent, an RV, a cabin, or a vacation property, is a cherished experience for those who are able to have it. Think of beach camping in California at beautiful, iconic spots like Point Mugu State Park with its grassy hills and trails, or Big Sur with its cliffside views.

The coast is so important to California that access to the ocean is a right guaranteed to residents by state law. The California Coastal Act of 1976 says that the beach is public from the high tide line seaward. Right now, the courts are handling two cases where private landowners cut off access to the beach to the public.

But there’s another obstacle to spending time near the ocean: cost. It’s an obstacle far bigger than figuring out where the public can walk on the beach, because it affects the entire coastal region. Beach camping in California can be prohibitively expensive, if there are even spots available.

Could Beach Camping in California be the Answer to a More Accessible California Coast? 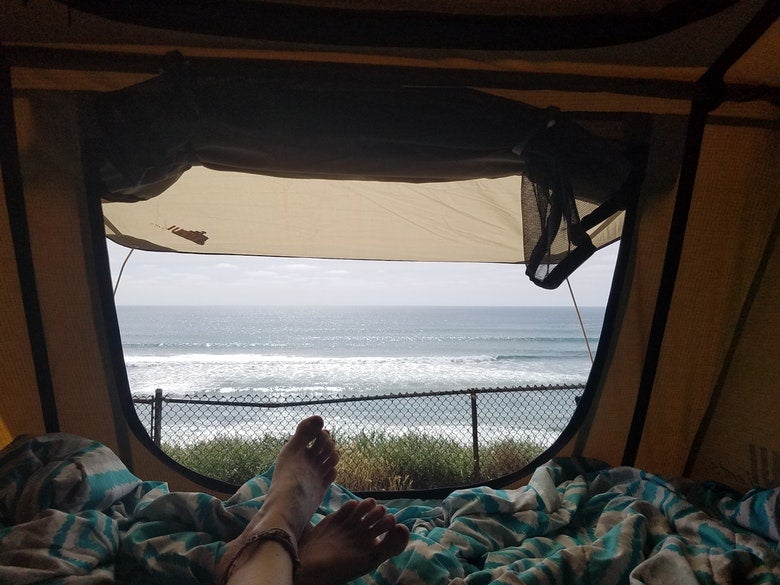 That could change. Right now, California authorities are working on a plan to give residents more and cheaper options to find beach camping in California. The State Coastal Conservancy, a state governmental agency, is leading the initiative, per a 2017 state law. Their plan is to help existing sites become more accessible to lower- and middle-income visitors and develop brand new camping destinations.

The California State Coastal Conservancy wants the input of those who would like more affordable lodging at the beach. In November, they released a report detailing their initial findings and ideas. The deadline to send them your feedback is Jan. 26, 2019. But the program is an ongoing project, so there will be more opportunities to follow along and get involved.

Here are some of the main findings of the initial assessment:

The people who are least likely to stay overnight at the coast are young people, people of color, and those with lower incomes.

The California State Coastal Conservancy hired Probolsky Research to do a phone survey and lead focus groups in 2016 and 2017 to gather data. They found that the only California populations with a majority who say they ever stay on the coast overnight are white, aged 55 or more, and/or with a family income greater than $200K. Those with medium incomes were less likely to stay overnight at the coast. Those with low incomes were even less likely. Only 25 percent of those who makes less than $25,000 said they stay the night at the coast.

Similarly, those aged 18-34 were the least likely to stay the night, at 27 percent of those surveyed. Only 27 percent of Latinos reported ever spending the night at the coast; that goes up to 51 percent for whites.

Costs are a major factor in not staying overnight.

The most common reason people cited for not staying overnight at the coast was the cost. If you’re looking to stay the night at the coast for less than $112 a day, you’re limited to just 21 percent of the accommodations available. More than two-thirds of those options are at campgrounds. This means there’s just one lower cost room available on the coast for every 1,000 households in the Bay Area, and just two for every 1,000 households in Southern California.

California is at risk of losing existing affordable overnight options.

Hotels, hostels, motels and private campgrounds are constantly hiking their prices. That could further limit the availability of cheap overnight options. Of the lower-cost options, around 38 percent are on public lands, and thus protected to a degree from the market fluctuations that can lead to price hikes. The rest are privately-owned. Add sea level rise and erosion to the mix, and the costs of staying overnight at the coast will keep going up.

The people who don’t stay at the coast are more likely to want to camp there than those who do.

Nearly half of those who say they stay at the coast now go to hotels. The second most popular option was staying at a campground, at 19 percent. But those who aren’t going to the coast as much are more likely to want to camp.

Here’s what California wants to do about it. These are pulled from the State Coastal Conservancy report:

If you’re a camper in California, you know that often the most difficult part of camping on the coast is snagging a reservation. During the summer, many campgrounds fill up six months in advance. California’s already working to streamline its reservation system, and there are a few ways it could focus specifically on lower-income campers. It could designate and reserve some spots as lower-cost. It could issue flexible fees or discounts to targeted groups.

One idea mentioned in the report is to set up a camping equipment rental service for those who can’t afford (or don’t want) to invest in a full set-up, but still want to camp. Another would be offering transportation to the coast to cut down on costs.

There’s also the fact that camping and outdoor recreation in general is often dominated by white, wealthy people in the public imagination, so the state is looking into breaking that down by focusing on social and cultural barriers, too. That could look like developing more outdoor leadership or environmental education programs with students. The cultural and historical interpretation at various coastal sites could be redeveloped to more accurately reflect the presence of indigenous communities and people of color on the coast.

Projects from Humboldt to San Diego

Finally, the report lists projects in various phases of planning and funding that could cater to lower-income visitors to the coast. For example, the Bureau of Land Management is considering doubling the campsites at the Mattole Beach Campground in Humboldt County. It’s a popular campsite as the jumping off point for the three-day, 25-mile Lost Coast Trail that lets backpackers camp on the beach.

The privately-owned Jugandle Creek Farm and Nature Center in Mendocino County wants to build a new bunk house. Another private company is building a campground on Port San Luis Obispo land near the popular beach town of Avila. The San Diego County Department of Parks and Recreation is planning a new campground possibly including tent, cabins, and yurt camping, about one mile inland of the beach in Tijuana River Valley Regional Park.

Share Your Thoughts About Accessibility to Beach Camping in California

Now it’s your turn to tell California what you think. What would make it easier for you to camp at the beach in California? Where would you like to stay? There are a few ways to provide input:

The plan will be presented to the State Coastal Conservancy’s board on March 14, 2019 at a public meeting in Riverside, California. 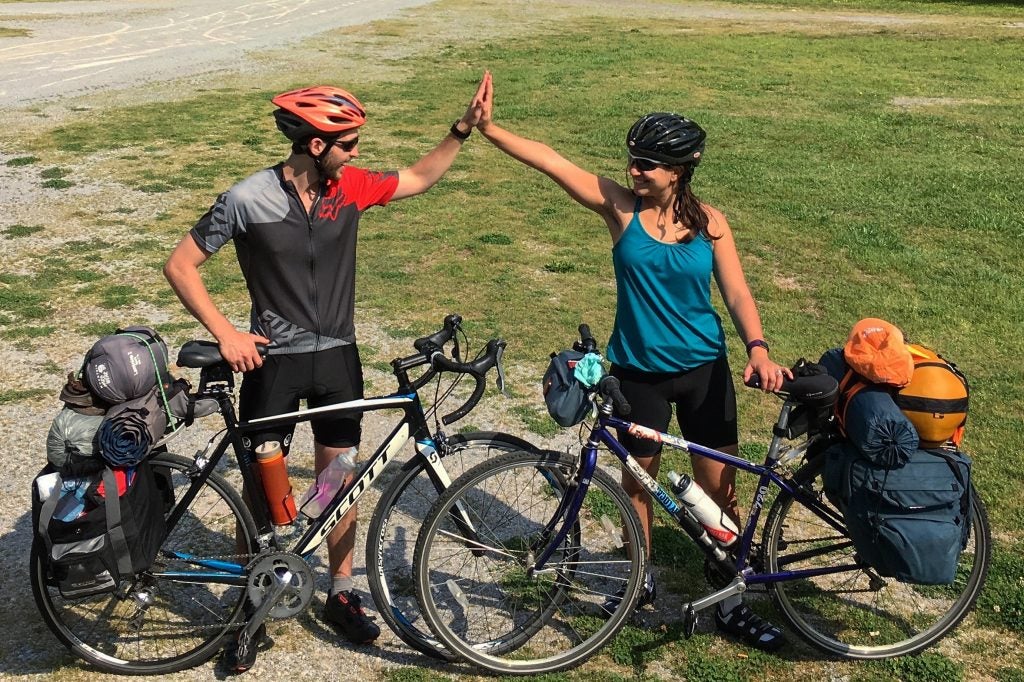 The Shining Sea Bikeway has Beachy Bikepacking for Beginners

This guide to the The Shining Sea Bikeway in Cape Cod is brought to you by INNO, the makers of innovative and technologically advanced car racks for… 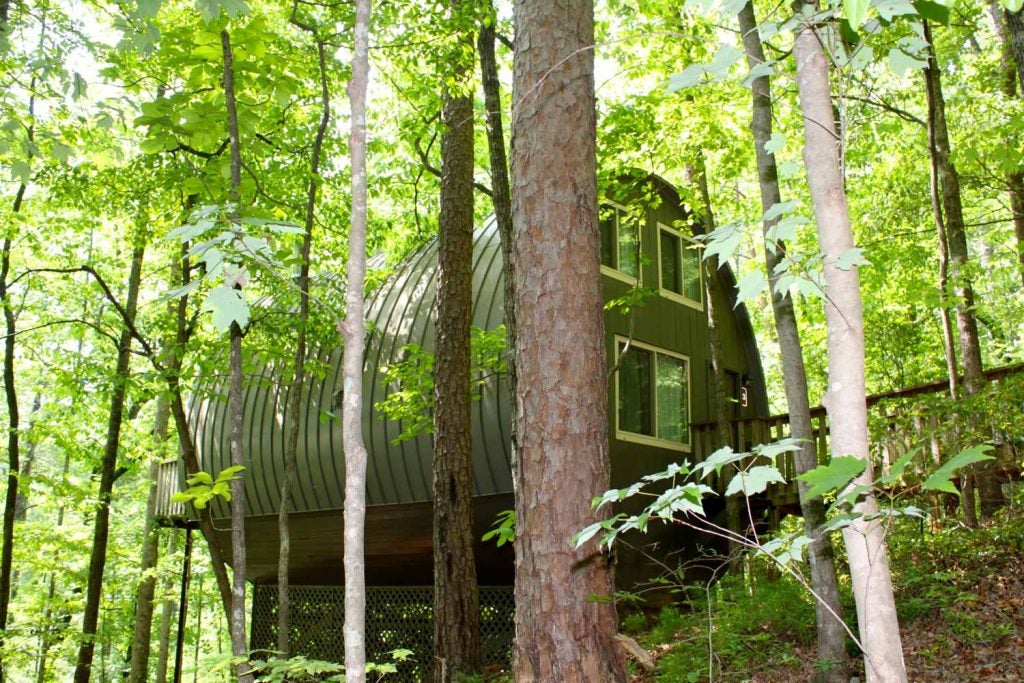 Unicoi State Park is Home to These Bizarre Barrel-Shaped Cabins

A barrel has never registered in my mind as the type of structure someone could camp—or even fit—in. That’s exactly why the Unicoi State Park…