Quench Your Thirst At These 5 Breweries Near Campgrounds 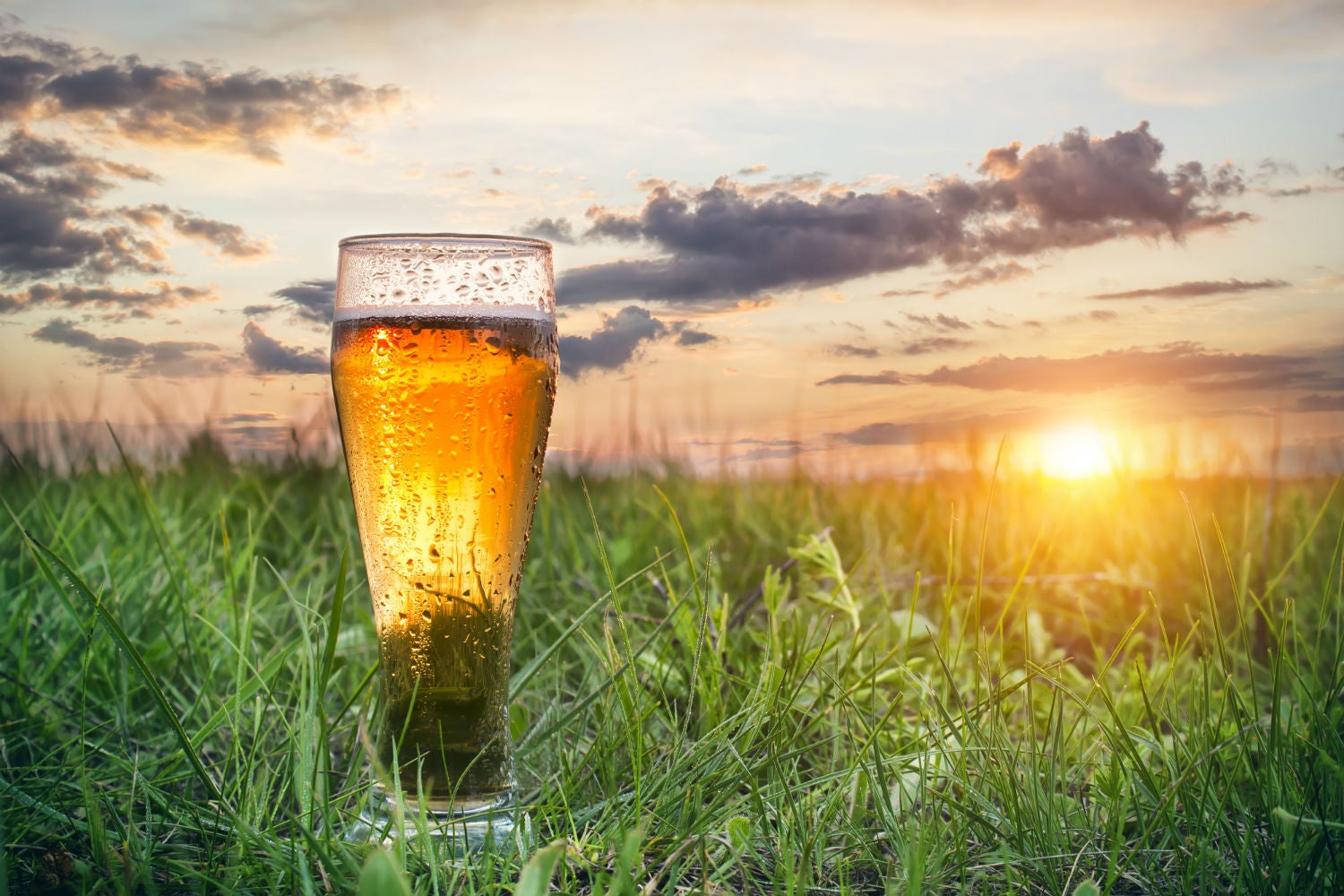 This article about camping near breweries is brought to you by our friends at IceMule Coolers, who make it easy to bring beer and keep it ice cold with their best backpack coolers, which you can carry from the trail to the campground to the nearby brewery for a refill.

After a long, sweaty hike — the kind where your shirt is soaked and your skin is crusted with dust and salt crystals — is there anything better than the “psssst” and pop of a beer can opening?

Sure, water and sports drinks are best for hydrating, but just knowing that slightly sweet, funky flavor of a nice cold beer is coming has motivated many a hiker to power through the last portion of a trail. Brewers know this, and many have kindly set up just a short distance from some really splendid natural areas. All you have to do is find camping near breweries, fill up IceMule’s best backpack cooler with ice, and get your drink on.

Top Shelf Choices for Camping Near Breweries Across America

If you thought wine and cheese made a great pair, wait till you try camping near breweries.

Just a ways up the road from Hocking Hills State Park and Hocking Hills Canopy Tours, and High Rock Adventure Eco Tours, Brewery 33 is the perfect place to grab a beer after seeing Cedar Falls, Old Man’s Cave, or whipping through the trees on a zipline over the Hacking River. They don’t just have a beer menu, they have a whole beer book describing what regional features, historic figures, and geographic phenomena each beer is named after. One example is the Mingo Mango, named for the Mingo branch of the Iroquois Nation who once lived here. Another is the Paver Pale Ale, named for the famous bricks manufactured in this region. Grab a flight and you can literally drink your way through an introduction to Appalachian Ohio.

A post shared by Blue Mountain Brewery (@bluemountainbrewery) on Feb 9, 2018 at 3:08pm PST

If you’re looking for camping near breweries in the Blue Ridge Mountains, you’ll be excited to hear that they grow their own hops at this Shenandoah stop. Every year, Blue Mountain Brewery even hosts Hop Stringin’ Days. If you put in two hours of honest hop stringing work, lunch is on the house. With one brewpub in Afton, Virginia, Blue Mountain is balanced right in between Shenandoah National Park and Lesesne State Forest. If you come out of the woods famished, they have a full service restaurant, including Sunday brunch. Blue Mountain’s core and seasonal styles are always welcome treats, but if you’re feeling a little extra, go for their Barrel House Series. These beers are aged in old bourbon barrels, giving them an extra depth of flavor.

You know a brewery loves the land when it names a beer not just after a geographic or geologic feature in the area, but after the region’s energy vortices — or as Pisgah Brewing puts it, their “local gravitational phenomena.” If you’re a fan of the Sedona energy vortexes, you’ll want to check this out. Electromagnetism aside, Pisgah makes excellent beers that blend West Coast hops with North Carolina malts. They have food trucks out five nights a week, pre-filled growlers to go, and brewery tours if you want to see how the magic happens. Just twenty-two minutes away is the stunning Catawba Falls. This spot is perfect because you’re completely surrounded by forests and mountains, including Pisgah National Forest, Nantahala National Forest, Cherokee National Forest, and Great Smoky Mountains National Park.

St. Petersburg Florida, Tampa’s artsy brother to the south, is really earning its rep as a beer city. Green Bench’s excellent brews pair perfectly with a Sunshine State thunderstorm. The Les Grisettes is particularly nice in the heat— it’s a style of beer originally evolved for French miners to enjoy on their lunch breaks. You really can’t go wrong with any of the selection here, especially if you’ve been enjoying a weekend of camping, fishing, and biking down at Fort De Soto County Park right on the coast. When you’ve had enough of swaying in a hammock under the palm trees and exploring the old military fort that the park gets its name from, come up to Green Bench for a cold one or two and then check out some of nearby vintage stores and maker spaces— not to mention Motorworks Brewing and Three Daughters Brewing, which shouldn’t be missed either.

This is a climber’s pub, with beers named after different types of rocks and geology jokes that blend seamlessly with beer humor, like the house slogan “This Beer is Good Schist.” Enjoy the breeze from the open garage door while you sip on a pint of impeccable Rope Gun Rye and Bivouac Black IPA. If you’re still thirsty afterwards, you’re a stone’s throw from other breweries big on local flavor like OddStory, which is just across the way. Also in close proximity is the great outdoors. Thirty minutes in any direction will find you climbing at Sunset Rock, hiking Cloudland Canyon State Park, or four wheeling at Prentice Cooper State Forest. The ambitious can start at Signal Point and work their way through the Tennessee River gorge to Snooper’s Rock along the Cumberland Trail. Grab a crowler and stow it in IceMule’s best backpack cooler so you can toast to your success.

Most national parks and state parks technically have a ban on alcoholic beverages in public areas of the park. A private campsite might have no problems at all with packing in a few cold ones. So if you are a good law-abiding citizen, you can always swing by the brewery after your camping trip is complete and fill up your beer cooler backpack with freshies to take home. Either way, victory tastes sweet, and beer always tastes better after you’ve exerted yourself.

You can win free gear from IceMule—including their best backpack cooler—and 19 other brands by reviewing campgrounds on The Dyrt. Share past camping experiences, photos, and videos to earn points towards monthly prizes in this year’s camping contest! 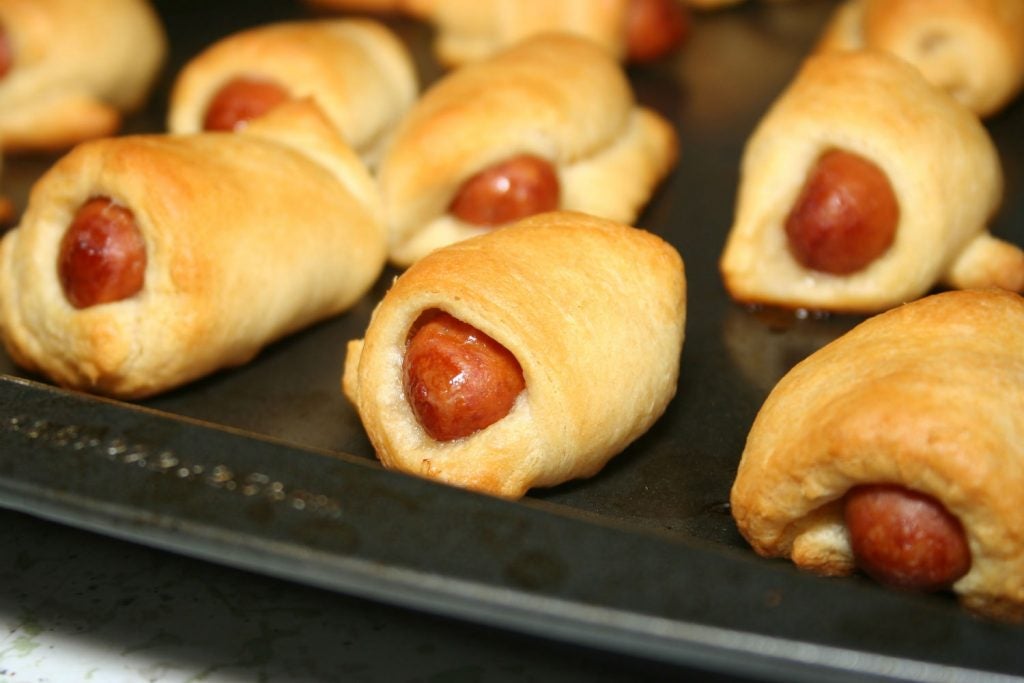 Pigs in a Blanket: 8 Fun Ways to Enjoy a Campfire Favorite

Pigs in a Blanket are a campground treat that’s both classic and fun. The classic recipe is a hot dog wrapped in cheese and a… 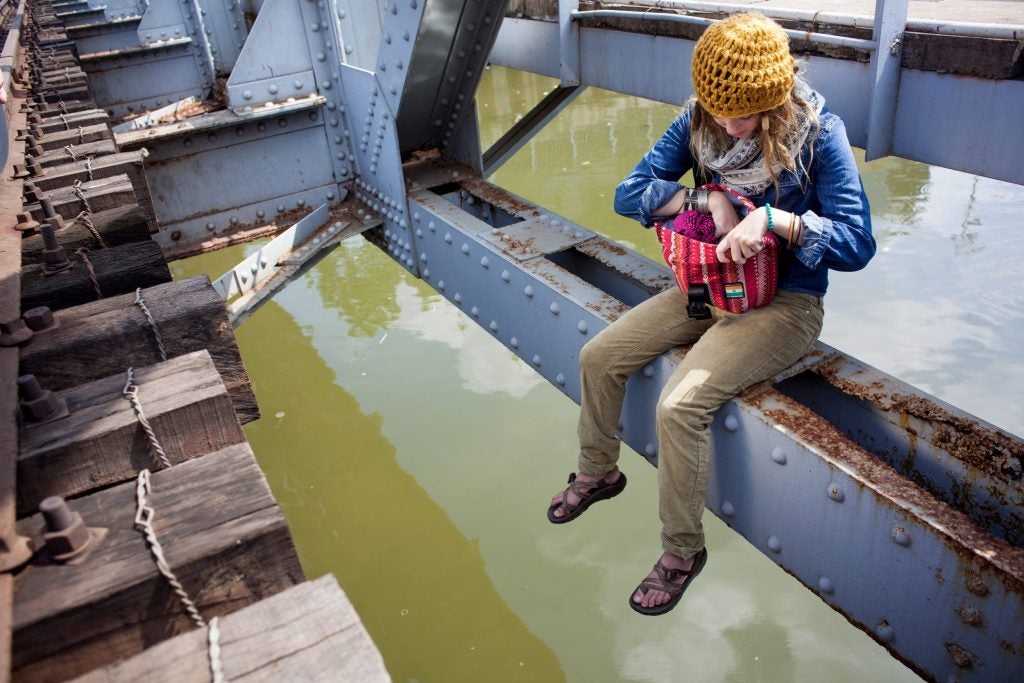 5 Camping Destinations You Can Reach Via Public Transportation

No car? No problem. You can still go camping at these 5 public transit accessible parks across the country.  This article is brought to you…