This Island Camping Paradise Is Right Off The Coast of Georgia 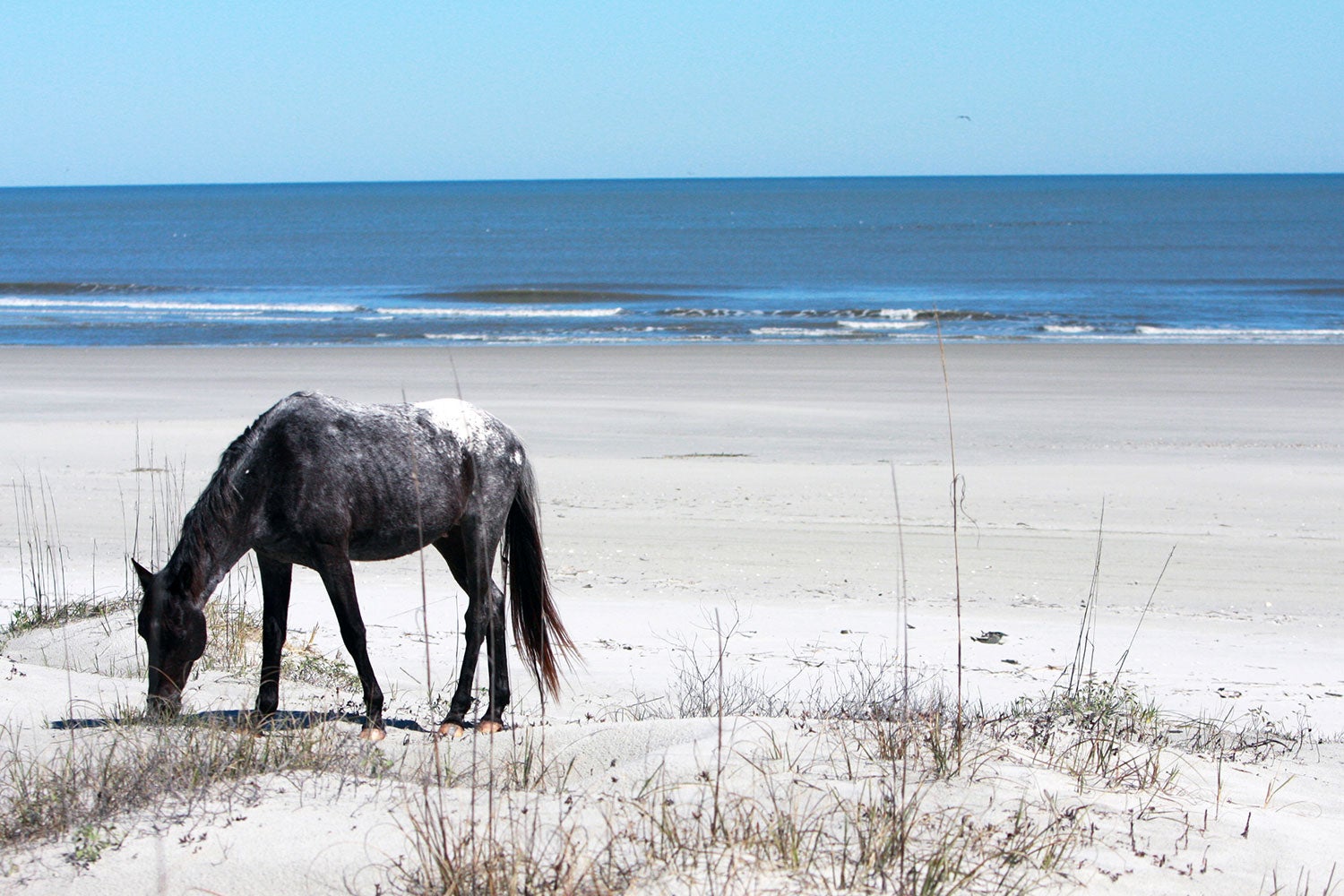 This Cumberland Island camping article is brought to you by our paleo pals at Wild Zora, whose meals-to-go are the perfect companion on any camping trip, backcountry or otherwise.

For the eager adventurer, the East Coast camping scene holds no shortage of places to visit, many of which are unique from both a historical and ecological perspective. At the top of your list of far-out camping destinations should be a little-known island off the coast of Georgia. This easily-overlooked destination features salt marshes, a maritime forest, and a 17-mile-long beach that’s a protected National Seashore. If rugged and beachy Georgia camping is what you’re after, this is your place.

Reachable by ferry only, Cumberland Island is the perfect place to find uncommon (and uncrowded) adventure, whether through traversing the varying landscape, or taking in the multiplicity of wildlife that exists on and around the island.

Where to Camp on Your Cumberland Island Camping Trip

Camping on Cumberland Island allows you to experience this hidden Georgian paradise without paying to stay at its luxurious yet pricey Greyfield Inn, constructed by the Carnegie Family in 1900, and the only non-camping accommodation available on the island.

Here’s a peek at your Cumberland Island camping options: 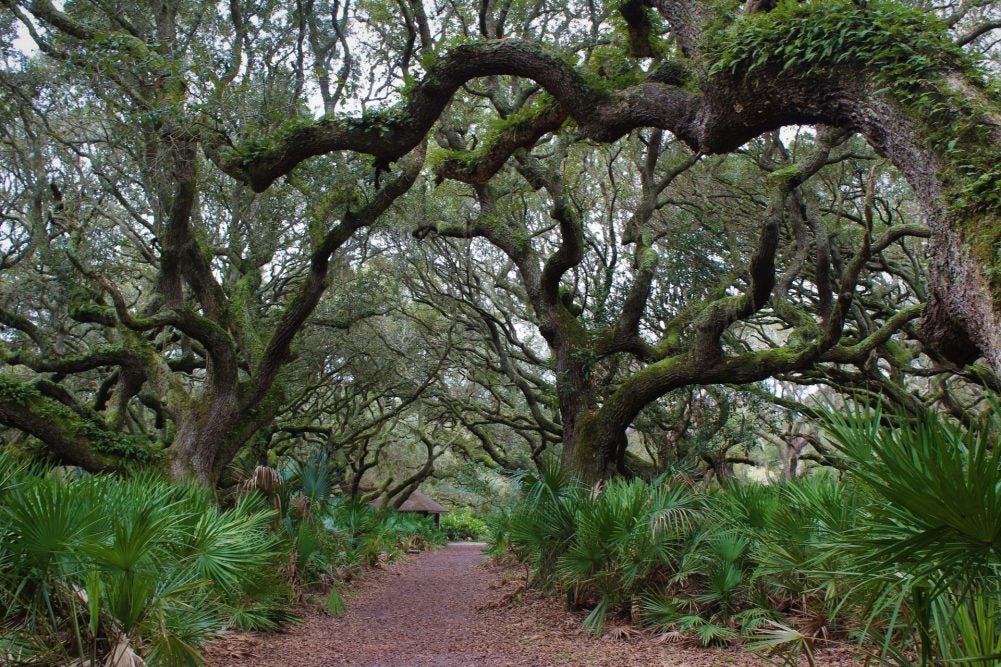 Sea Camp is a first-come, first-served, walk-in style campground that sits only a half mile from the Sea Camp dock (the shortest walk of the three camping destinations on the island). Sea Camp features 16 individual campsites along with two group sites. The campground itself borders the Sea Camp Trail, which means that a beautiful and historically rich hike, featuring landmarks and structural remnants dating back to the late 1800s, is only steps away from your site of choice. The campground itself contains most of the common amenities of traditional car camping sites (minus the cars, since the ferry to the island does not compensate vehicles), but its placement on the island and relatively small size creates a remote camping atmosphere that brings high appeal for those wanting a serene experience.

“This is one of my favorite campgrounds in Georgia. The island is only accessible by boat, and there are a limited number of people allowed on the island daily which means it is never over-crowded.” –The Dyrt Camper Kayla S. Camp Here 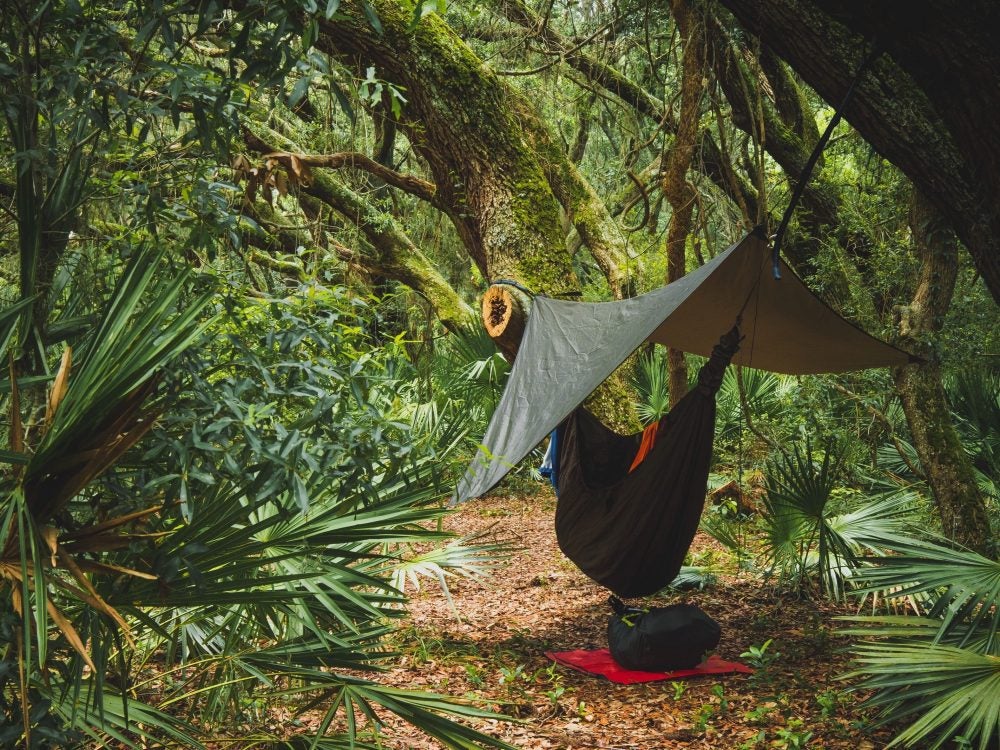 Located 3.5 miles from Sea Camp, Stafford Beach Campground is an even more remote hike-in campground that offers 10 large campsites year-round. Located just above the Pratts Trail, Stafford Beach is the most remote organized campground on Cumberland Island, and is known for its access to great views, including glimpses of Cumberland Island’s diverse wildlife population, which features everything from sea turtles to wild horses.

For those looking for an even more remote Cumberland Island camping experience, three select backcountry camping areas on the island are accessible via hikes between 5.5 – 10.5 miles from the Sea Camp ferry station.

“We absolutely adored this campsite. It is quieter and there are less campers than Sea Camp, but you still get amenities like showers, bathrooms, campfires, and a non-potable water source…highly highly recommend this campsite.” —The Dyrt camper Renee B. Camp Here 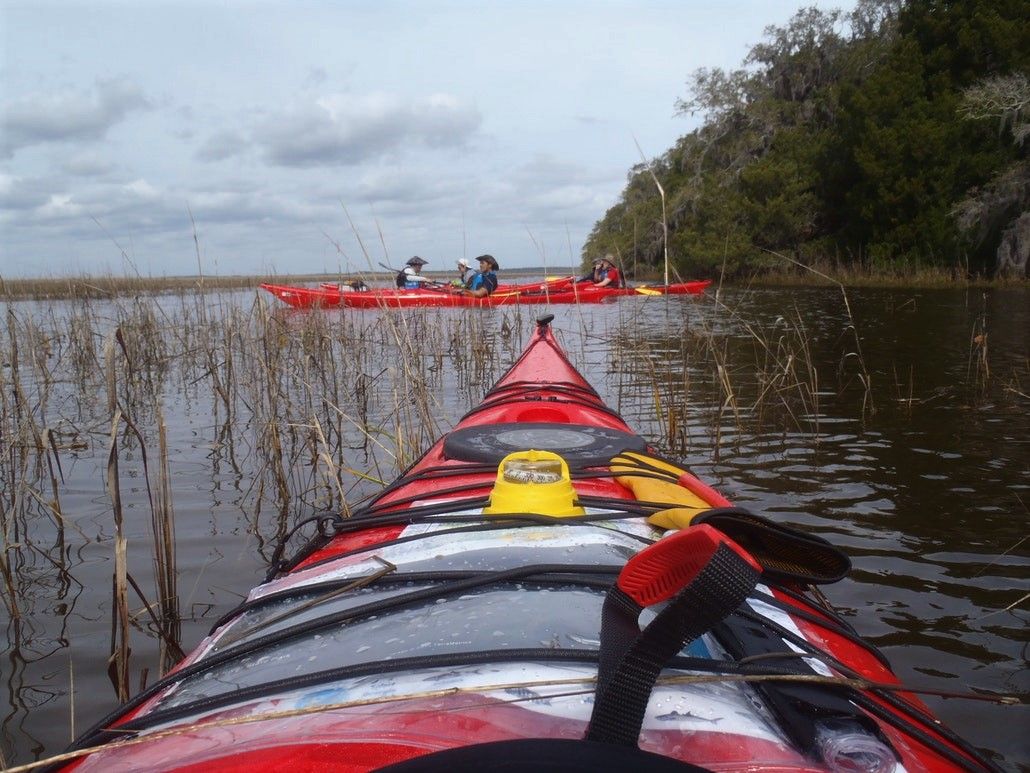 Hickory Hill is located 5.5 miles from the Sea Camp ferry station, and, contrary to the organized campgrounds on the southern portion of the island, it provides unique access to the wetland interior of Cumberland Island.

Two miles past Hickory Hill, Yankee Paradise sits almost directly in the middle of Cumberland Island, offering equidistant access to both the beach and the inland attractions that the island plays host to. Along with being right along the Duck House trail, which leads straight to the Cumberland Island Seashore, Yankee Paradise is only a few miles hike from the Plum Orchard Mansion, a notable landmark on the island that’s officially designated on the National Register of Historic Places. Constructed in 1898, Plum Orchard Mansion remains open for free tours at 11am, 1pm, and 2pm daily.

The furthest of the backcountry sites is Brickhill Bluff, located a whopping 10.5 miles from Sea Camp on the Brickhill River. Though a lengthy hike to get there, Brickhill Bluff is both remote and rewarding, offering the chance to spot dolphins, manatees, and other marine wildlife. In addition, just a short hike north of Brickhill Bluff is another set of Cumberland Island’s historic landmarks, the Cumberland Wharf Ruins and The Settlement, which features the ruins of the First African Baptist Church, originally constructed in 1893.

Kids Camping Gear Guide: 19 Gifts That Will Make Them Love the Outdoors Even More

This kids camping gear guide was brought to you by Gregory, the makers of durable, kids hiking backpacks designed to grow with your child, for… 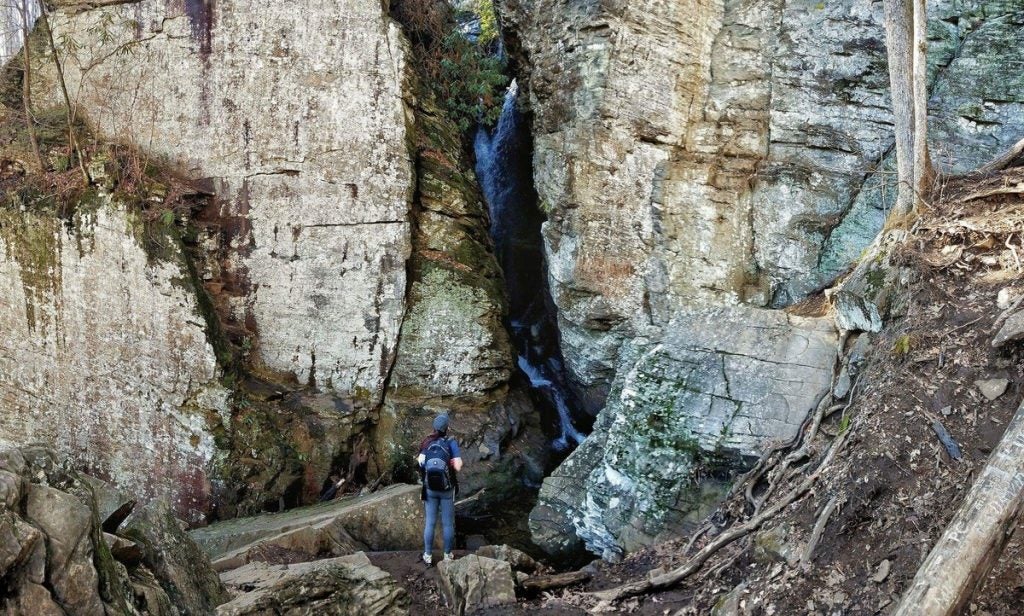 Raven Cliff Falls is a three-tiered waterfall that appears to slash through a massive granite outcrop. People from all over come to stand in the…