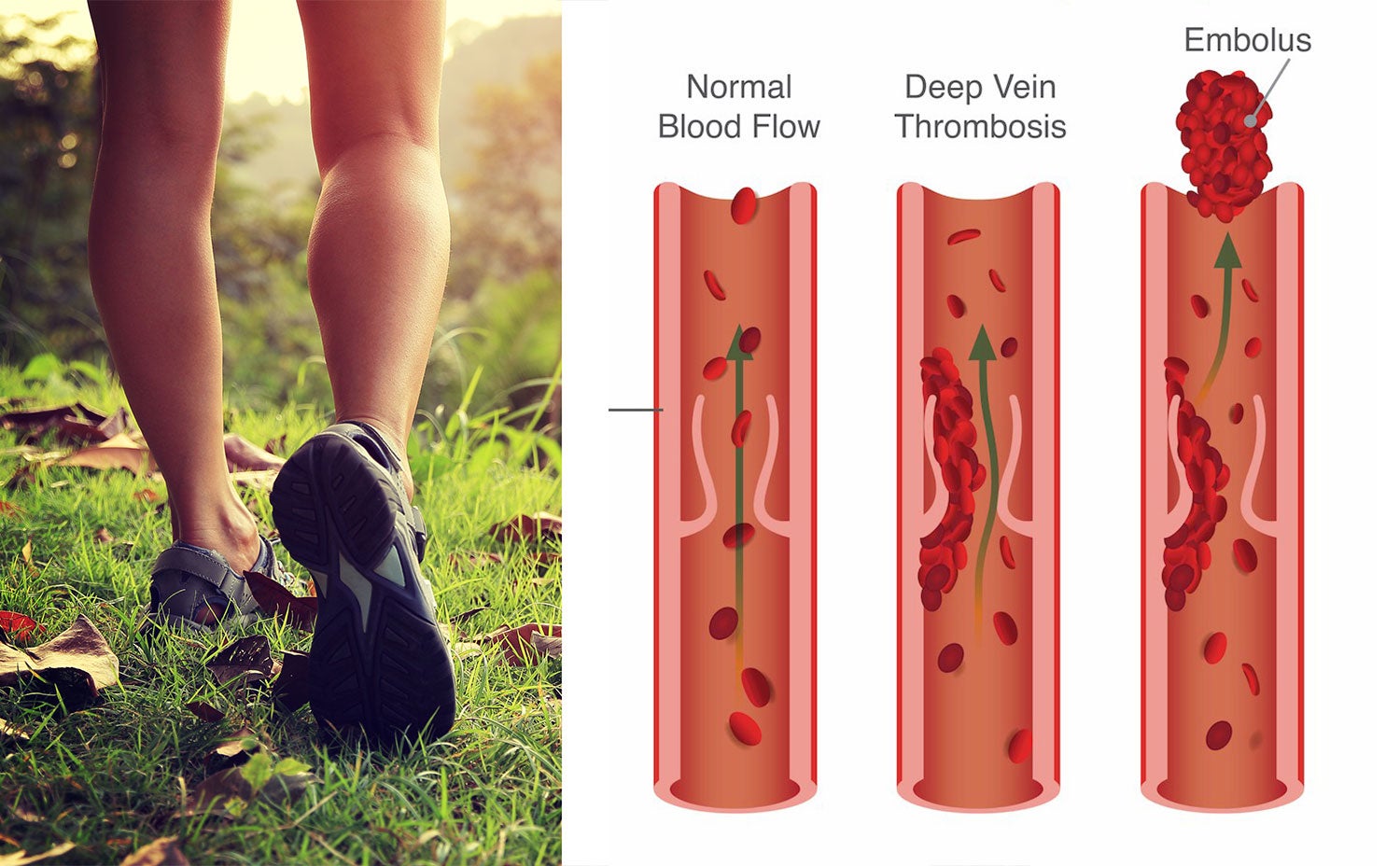 It started the way many adventures do. Kim Burgess and her friends loaded up her car with the essentials—hiking boots, trail snacks, road trip music. The plan was to knock out the miles from Washington D.C. to Colorado quickly, arriving within two long days of driving. That would leave plenty of time to hike as much as possible, including bagging Colorado’s highest peak, the 14,439’ Mount Elbert.

Instead of swapping trail stories on the drive home and basking in the vibrancy of sore muscles, Kim, 26, found herself short of breath and in severe pain. Her travels would end with a diagnosis of VTE — venous thromboembolism — and a new appreciation for simply being alive. The experience also sparked a mission for Kim: to raise public awareness of the condition.

Kim knew something was wrong after the first few days of her hiking trip. She experienced a throbbing pain in her left leg and noticed a large knotted vein on the back of her knee. It was red and warm to the touch. Kim and her friends left the trail for the emergency room, where doctors used an ultrasound to diagnose her with superficial vein thrombosis, or a blood clot close to the surface of her skin. These types of blood clots typically clear up on their own, so doctors recommended that Kim take a low dose of aspirin and use a warm compress on the area.

“I specifically asked [at] the emergency room if I could go climb Mount Elbert the next day,” Kim said, slightly chuckling only now that enough time had passed. “They said, ‘Oh, yeah, you’re fine.’ They said I shouldn’t be in any great danger, so I was cleared to hike on.”

Kim and her friends bought a small heater that could be plugged into the car to warm her compresses before hitting the trail again. She tried to make the most out of the remainder of their hiking time, but struggled more than the others as they ascended Mount Elbert.

Hikers (and Everyone) Should Be Aware of Thrombosis 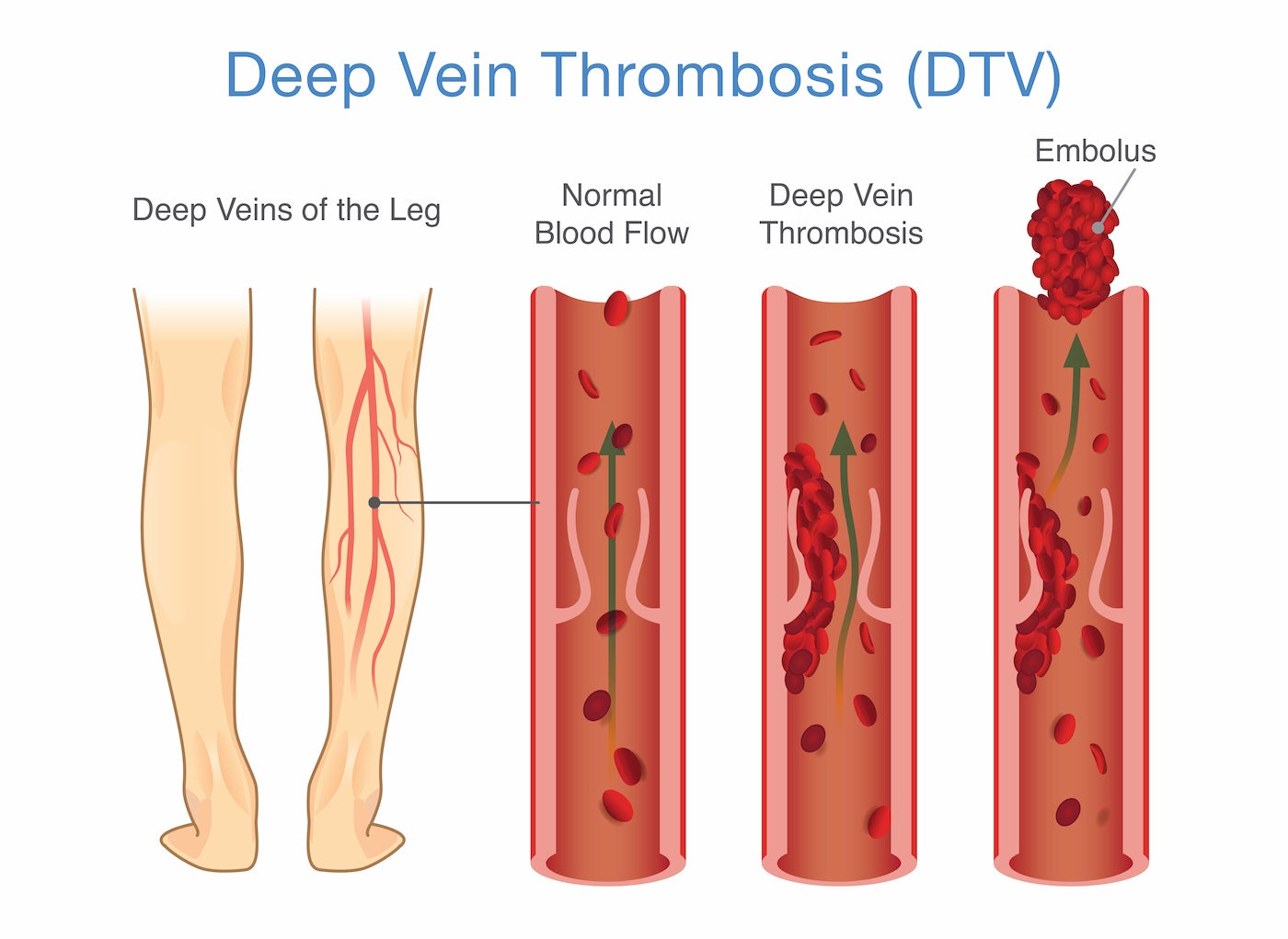 During their recovery day after hiking Mount Elbert, Kim felt worse. She returned to the emergency room, where another ultrasound showed her clot, once again, as being superficial, though it had spread along her leg. She was now in serious pain, so the doctor prescribed an anticoagulant and painkillers. She spent the rest of her trip on crutches, unable to fully bend her knee.

While it was missed in her ultrasounds, at some point, Kim’s superficial vein thrombosis had become a deep vein thrombosis, or DVT. Essentially, this meant that Kim now had a blood clot in one of the deep veins in her leg, rather than right on the surface.

This type of thrombosis is dangerous because those deep veins connect with the lungs. A blood clot in a deep vein can break off and travel through a person’s bloodstream to an artery in the lungs, where it blocks blood flow. A blood clot in the lung’s arteries is called a pulmonary embolism, or PE. When a person has a DVT and PE at the same time, it’s called a VTE, a particularly deadly combination.

Signs and Symptoms of Thrombosis

“I had two or three clots that were in my lungs,” Kim said. “And the symptoms of this were, unfortunately, very similar to the symptoms of altitude sickness. I was having trouble catching my breath. My heart rate was really high, I was feeling a little bit nauseous, and didn’t have much of an appetite because I wasn’t feeling good.”

In the beginning, Kim had even chalked up some of her muscle soreness to hiking. Given their outdoor activities, it was easy to brush off the symptoms as something normal.

“We only realized that it was a really big problem when we got all the way back down to Kansas, and I still couldn’t catch my breath,” Kim explained. Once back in lower elevation, Kim set up an appointment with her primary care doctor. Her oxygen saturation was low, and her doctor noticed the VTE after ordering a CAT scan. While Kim experienced several of DVT and PE symptoms, many of them were chalked up as normal for outdoor activities in higher elevation areas. Hikers will need to know their bodies well to recognize the symptoms, which include the following:

Causes and Treatment for Thrombosis 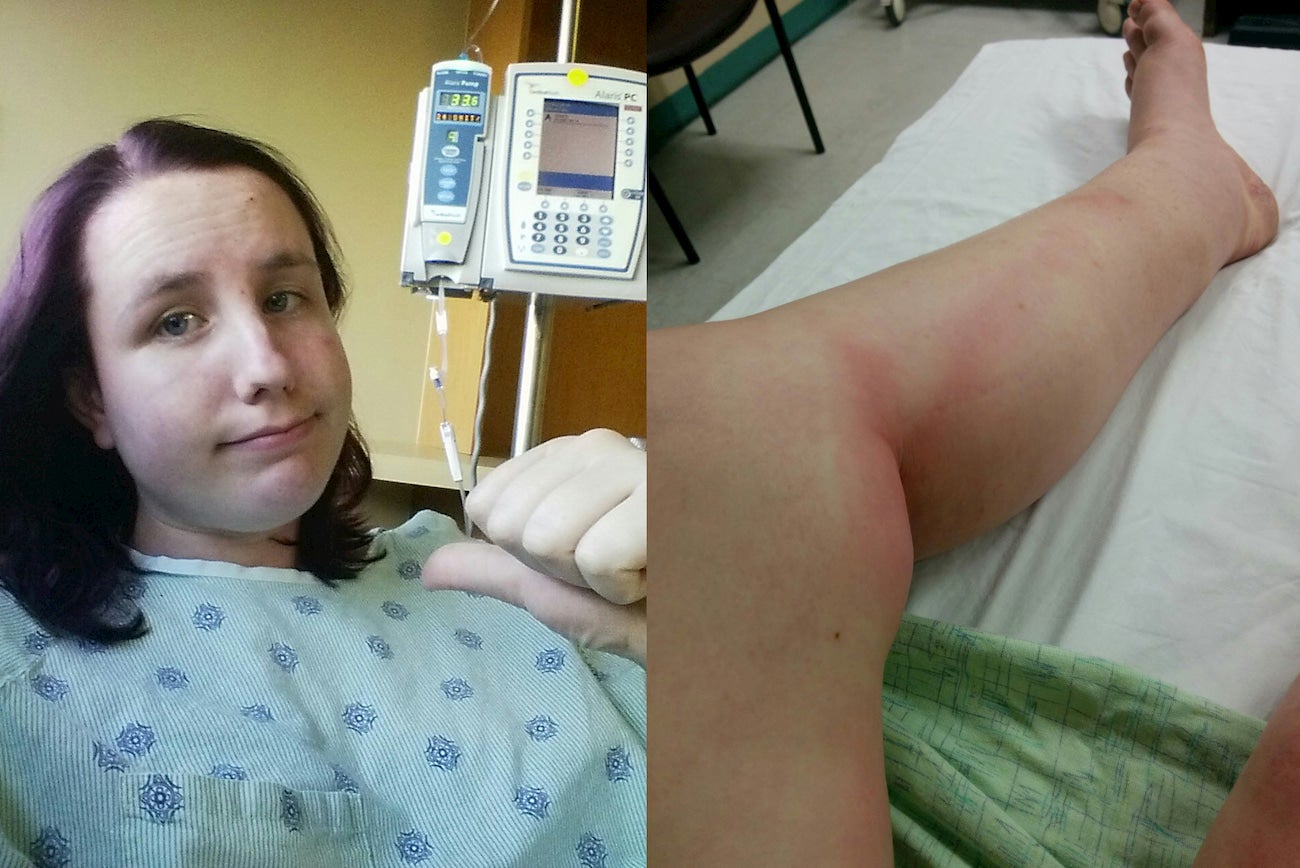 In Kim’s case, she was already living with a hereditary condition called chronic venous insufficiency with lymphedema. This chronic illness makes it difficult for blood to return to the heart from the legs and often leads to swelling in the legs.

However, neither Kim’s mother nor her grandmother, both also diagnosed with the condition, have experienced a thrombosis. Therefore, it’s likely that additional factors contributed to Kim’s diagnosis, including the long hours spent sitting in the car on the drive out to Colorado and her use of hormonal birth control.

Risk factors for developing VTE include:

A medical professional will often diagnose a blood clot using a blood test called a D-Dimer, an ultrasound, or a CAT scan. Treatment for DVT and PE differs by patient, but usually includes medications to thin the blood and prevent new clots from forming; mechanical devices, such as compression stockings to maintain blood flow and decrease swelling; and thrombolytic therapy.

After Kim’s diagnosis, her doctor directed her to take a heavy-duty blood thinner called Warfarin for about a year before being cleared to continue on a low-dose prescription of aspirin. She hasn’t had a recurrence since.

Kim Burgess Teams Up with the World Thrombosis Day Campaign

“Honestly, thrombosis isn’t something I knew about until I got one,” Kim said.

The Centers for Disease Control and Prevention estimate that the first symptom for 25% of people who have a PE is sudden death.

“It was really, really scary,” she said. “The statistics were a lot to deal with. I’ve had a chronic illness all of my life that’s really impacted my feet and legs, but that’s something I knew how to deal with. I knew what my body’s limits were. I knew how to cope with them, and how to still live my life around that. But, VTE threw that all away. It was this moment where I realized that things could get serious at any moment. It’s really cliché, but it was one of those near-death experiences where I just decided that, out of spite, I was just going to keep living my life.”

Hiking to Heal Herself and Help Others 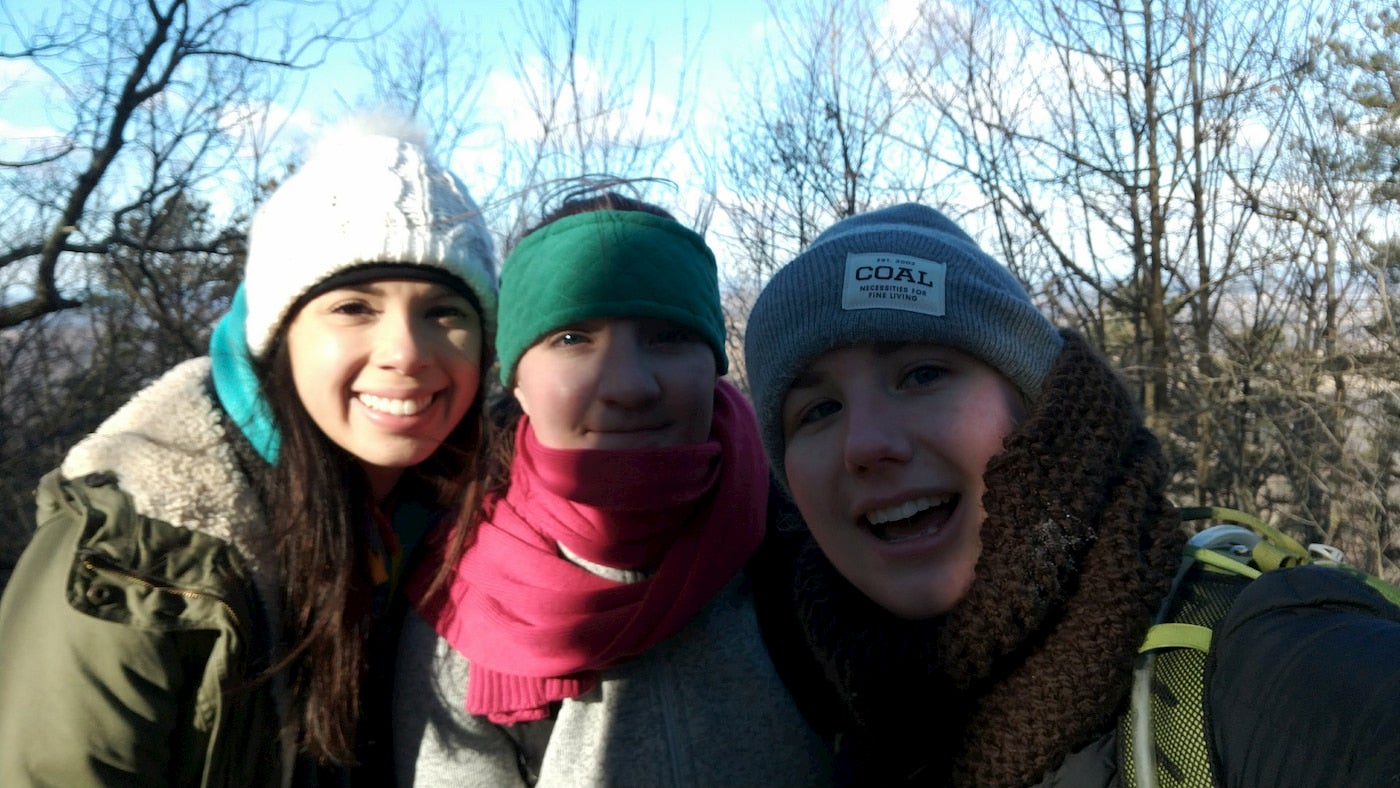 After her experience, Kim understandably had some fear around getting back on the trail. A year ago, she decided to participate in the 52 Hike Challenge as a way to work through her fear. She found the weekly hiking goal empowering and a perfect opportunity to listen to her body again with heightened sensitivity and care.

“Hiking every week last year became kind of like a religion for me,” Kim said. “It became a way for me to hike through that fear. I was really, really, really afraid for a really long time after everything.”

Kim is now planning to hike the highest peak in each of the 50 states as a way to inspire others to listen to their bodies, and to raise awareness about the importance of recognizing and preventing thrombosis.

So far, the “out of spite” peaks she has bagged include:

As an elementary school art teacher, Kim has the summers off, and is already making plans for her next summits. As she does, she encourages all hikers to listen to their bodies. She now uses a FitBit to track her heart rate, never hits the trail without her compression stockings, schedules regular visits with her primary care doctor, and takes breaks to walk around after long periods of sitting, such as when driving to a remote trailhead.

“A lot of times, I think in outdoor communities you sacrifice your personal health,” Kim continued. “You’re used to sacrificing temporary feelings of discomfort for long-term accomplishments. It provides a lot of emotional satisfaction. But, it can also be dangerous if you don’t know where your limits are. I don’t ignore my body’s subtle signs anymore.” 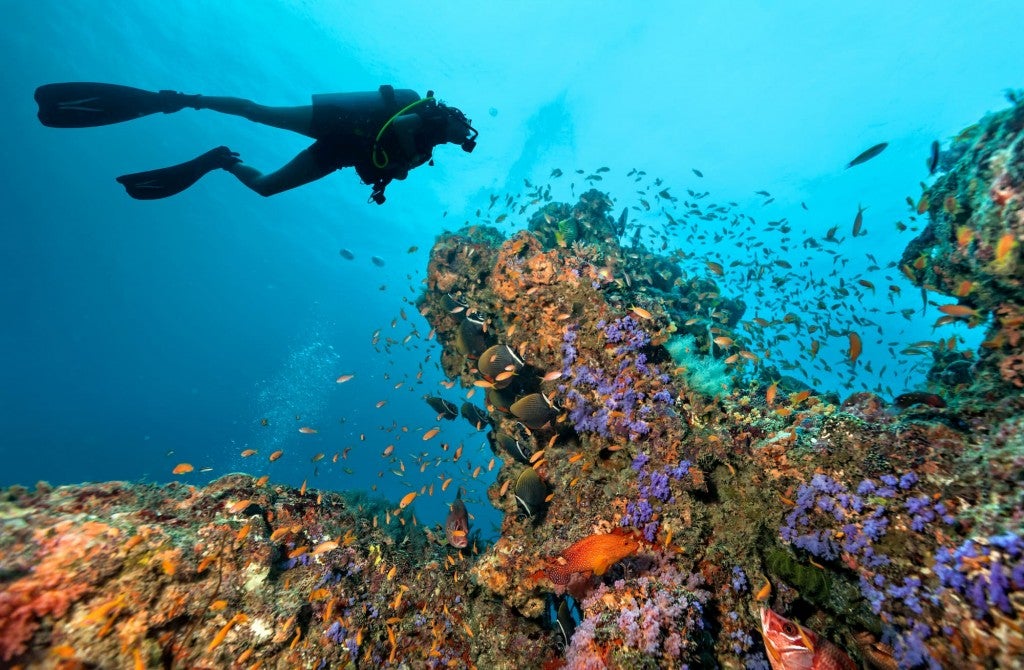 This article on scuba diving in Florida is brought to you by OOFOS, whose flip flops with arch support are made with revolutionary Oofoam technology… 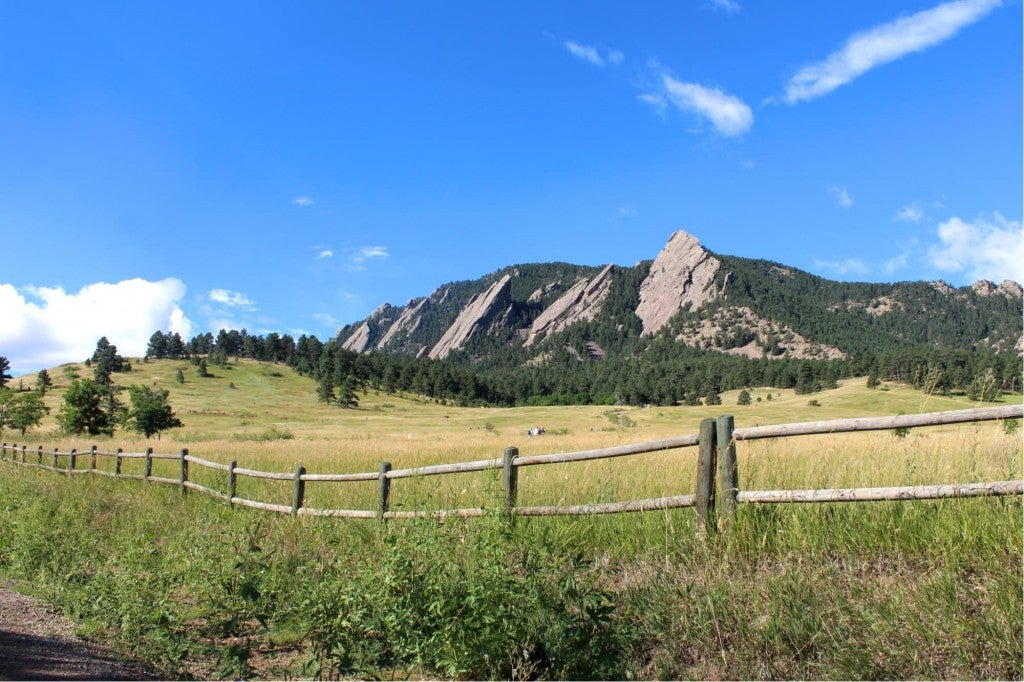 Colorado is known for its appreciation of public lands — more than 40 percent of Centennial State’s land is allocated to the public. The state’s…