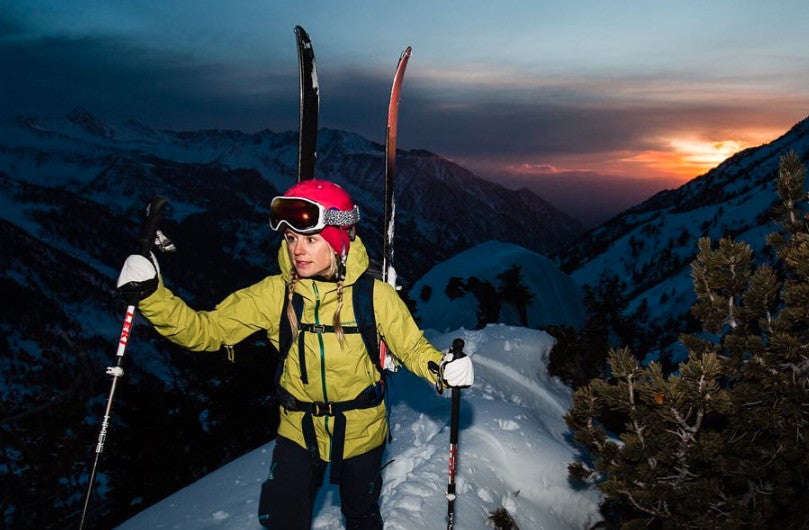 Caroline Gleich’s Climb For Equality is inspiring conversation around gender inequality, in the mountains and beyond.

The barrier to summiting Mount Everest is very high. (About 29,000 feet high.) Climbing the tallest peak in the world is so challenging that only about 1,000 people will attempt to reach the top each year. It requires a level of physical fitness obtained only by years of training and time spent in technical mountain terrains. It also requires a large sum of money for training, guides, equipment, and more.

Caroline Gleich has often doubted that Mount Everest was something she could conquer. But she’s also been preparing for “my whole life.” She has sponsors and a large platform of supporters and fans on Instagram. She also has a specific mission that fuels every workout, every checklist item, and every sleepless night spent in her oxygen-deprivation Hypoxico tent: Gender equality.

Of those 1,000 people who attempt to summit Mount Everest each year, only about 11 percent are women. Caroline’s mission is not only to increase that percentage by making it to the top herself, but also to use her platform to promote conversations around gender inequality, with the goal of getting more women to the top of mountains and corporate mastheads.

“I know people are going to be paying attention,” she says in explaining why she started the #ClimbForEquality campaign.

Since announcing her intent to summit and ski the North Col, Caroline’s received backlash from internet trolls who gaslight her experience as a woman in the mountains—something that, unfortunately, isn’t new to her. People are certainly paying attention. Sadly, not all of them are supportive.

While attempts at civilized conversations with internet trolls can be exhausting, it’s one of the central points of the Climb For Equality campaign–to create space for difficult conversations. “It’s an uncomfortable thing to bring up and talk about,” Caroline says, “but the only way to normalize the conversation is to increase the number of people taking part.”

She emphasizes the role men can play in the #ClimbForEquality, noting that the only way to take this campaign to the next level is with people of all genders speaking about the importance of creating space for women at the top.

“It’s really important to me and my fiance Rob that we talk about something that’s deeply important to us while we have people’s attention,” says Caroline.

Climb for Equality: Standing Up for Women on The World’s Tallest Mountain

Beyond the lack of female representation on the world’s tallest mountain (whose Tibetan name is Chomolungma or “Goddess Mother of the World”), women are disproportionately represented in many aspects of society. Only 5% of CEOs are women and women make up only 20% of Congress, despite representing 50.8% of the American population.

The amount of women on mountain summits isn’t due to a lack of desire but dozens of other reasons. Like the fact that 8000-meter mountaineering boots don’t exist in sizes smaller than 39–a women’s 8. And even if women can find boots that fit their feet, they’ll likely be trekking in ill-fitting gear since Eddie Bauer is the only company that makes high-altitude mountaineering suits specifically for women.

And that’s on top of barriers less tangible than gear, like a lack of representation, blatant sexism, and the way that society raises girls differently than they raise boys (with more caution and less focus on outdoor pursuits).

“I had this limitation on what I thought I was worth,” Caroline says, “I didn’t think Everest was possible for me.”

“It’s just not the story I want to tell.”

The day after she paid her deposit for Mount Everest, an amount she called “absolutely terrifying,” Caroline tore her ACL while skiing in the Wasatch Mountains near Salt Lake City. The frightening fall and her gut-wrenching realization are captured in “A Climb for Equality,” the short film produced by Rylo.

But Caroline is fiercely committed to this pursuit.

“It’s just not the story I want to tell,” she says, recalling her initial fear that a summit was no longer possible. After the first doctor appointments and the MRI, though, Caroline learned she’d be able to summit Mount Everest. “Once the doctor told me I didn’t have to cancel my trip, everything changed.”

This unexpected challenge resembles what so many women face when trying to get to the top. She’ll have to work even harder with a torn ACL, to reach the summit of a male-dominated field.

When I ask her what she would say to women and girls interested in mountaineering, she talks about the need for womxn to take ownership of their accomplishments. “If you don’t take credit and step up to the plate, someone else will.”

“Honestly, if I hadn’t torn my ACL I would have been spread so thin,” she says, hinting at her exhaustive winter schedule which is often loaded with photo shoots, speaking engagements, and human-powered skiing. “But now,” she adds, “I’m going in hungry and well rested.” 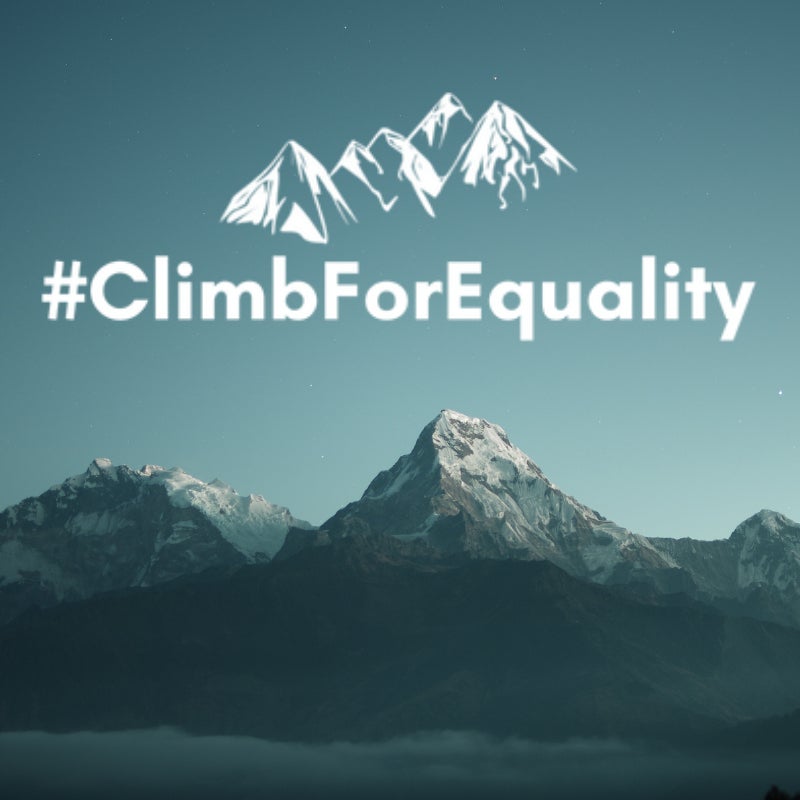 You can follow updates on Caroline’s “Climb For Equality” campaign and her journey to the top of Mount Everest, but signing up for her newsletter or following her on Instagram. 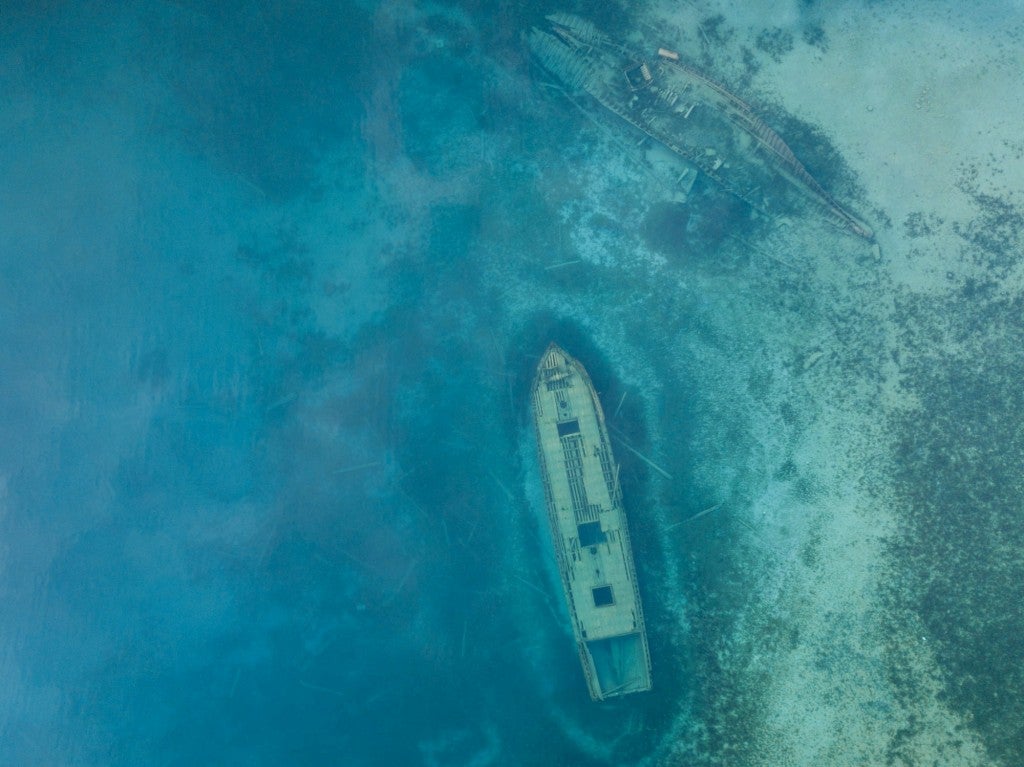 Shipwrecks in the Great Lakes are the stuff of legends and lore, from the infamous sinking of the Edmund Fitzgerald in a raging November storm,… 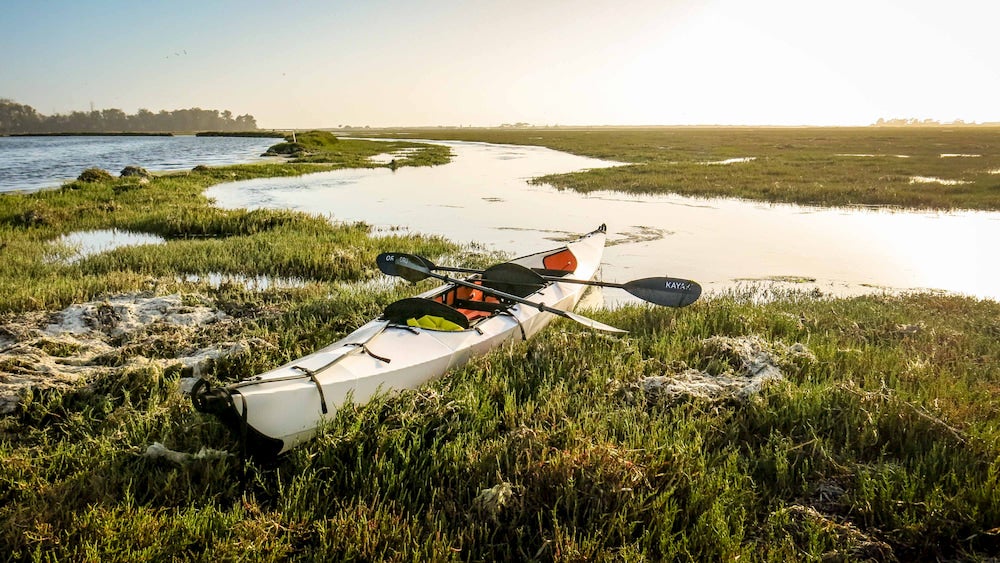 This Two-Person Kayak Uses Origami to Collapse into a Backpack

Oru Kayaks have been making waves since they first introduced their folding kayak line in 2013, creating an origami-like product from a single sheet of…