The US’s Largest National Park is 6x Bigger Than Yellowstone 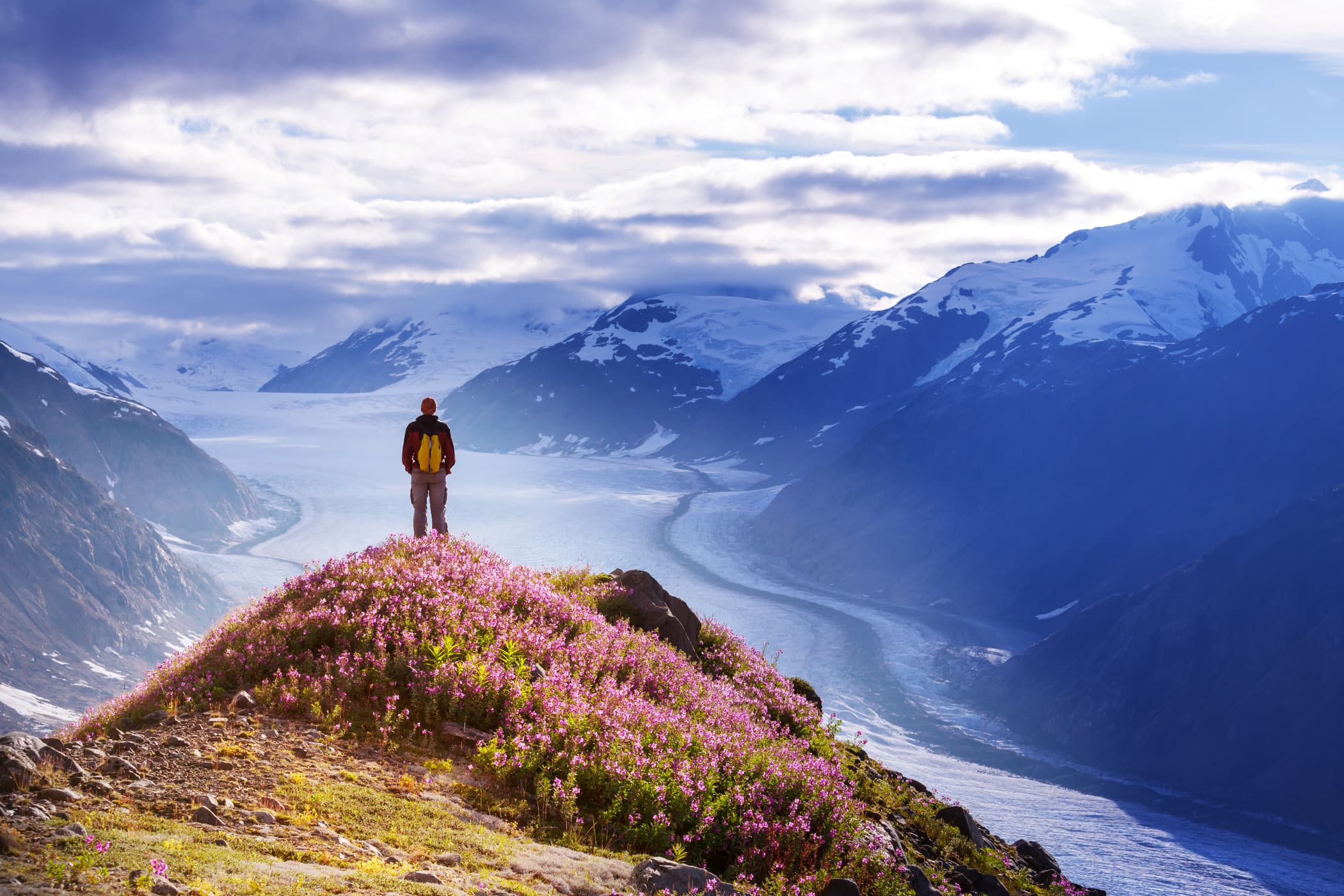 This guide to Wrangell St. Elias is brought to you by Mountain House, whose freeze dried meals make easy camping food even easier.

Officially established in 1980, Wrangell St. Elias National Park is a natural world of its own located in south central Alaska. Spanning over 20,000 square miles, Wrangell St. Elias is the largest national park in the country, by far, and includes four mountain ranges, thousands of miles of glaciers, and the largest icefield in North America.

For perspective, Wrangell St. Elias is so large that it could fit Yellowstone National Park inside its boundaries six times. Need more perspective? The park is 25 percent larger than Switzerland, and could fit the entirety of Yellowstone, Yosemite, and Switzerland within itself!

Wrangell St. Elias is so big that it nearly encapsulates all 43,440 square miles of the Saint Elias mountain range, and extends all the way out to the Yakutat Bay, the Tongass National Forest, and the Gulf of Alaska, making it as ecologically diverse as it is large.

While you might’ve known about the size and expanse of Wrangell St. Elias, but feats of size are not all this national park has to offer. We’ve compiled some of the coolest things about the world’s largest (and least understood) national park.

1. Malaspina Glacier is the largest piedmont glacier in the world, with a surface area of over 1,500 square miles 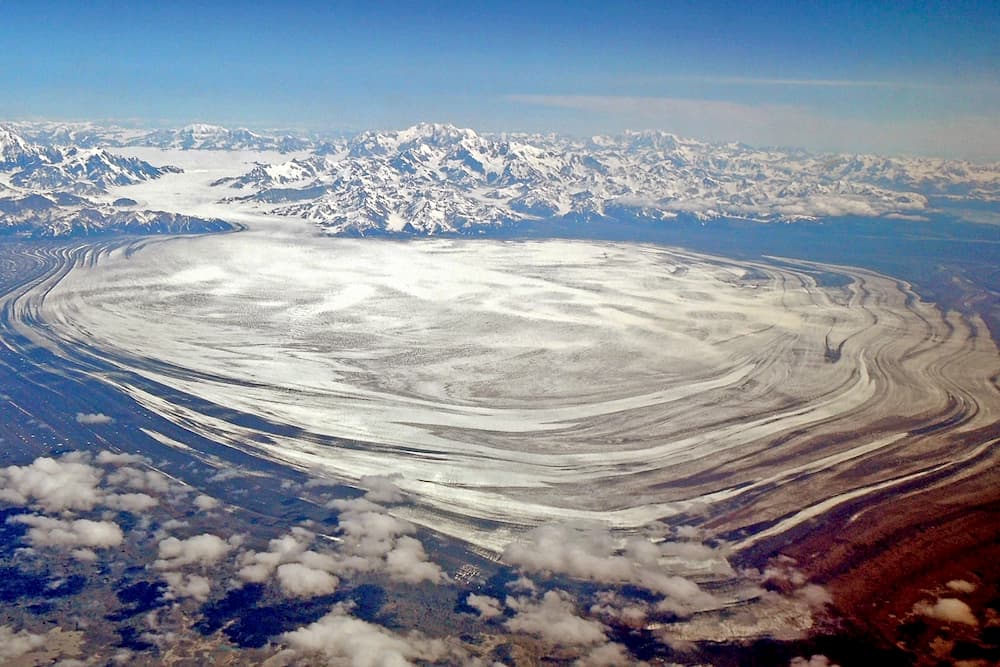 Valley glaciers, formed in steep, walled valleys (often following an old river path) are one of the most common varieties of glacier in North America. Wrangell St. Elias is home to the Nabesna Glacier, which bears the prestigious distinction of being the longest valley glacier in the world, stretching over 53 miles.

In addition to the massive glaciers within its boundaries, Wrangell St. Elias’ interior is almost completely covered by the Bagley Icefield, which includes 60% of all of Alaska’s permanently ice-covered land.

2. St. Elias is home to some of the largest volcanoes in the United States and Canada

The last major eruption of the volcano occurred in 1900, although steam is a common sight above the massive peak.

3. At 18,008 feet, Mount Saint Elias is the second tallest peak in the United States and Canada, and the highest point in Wrangell St. Elias National Park 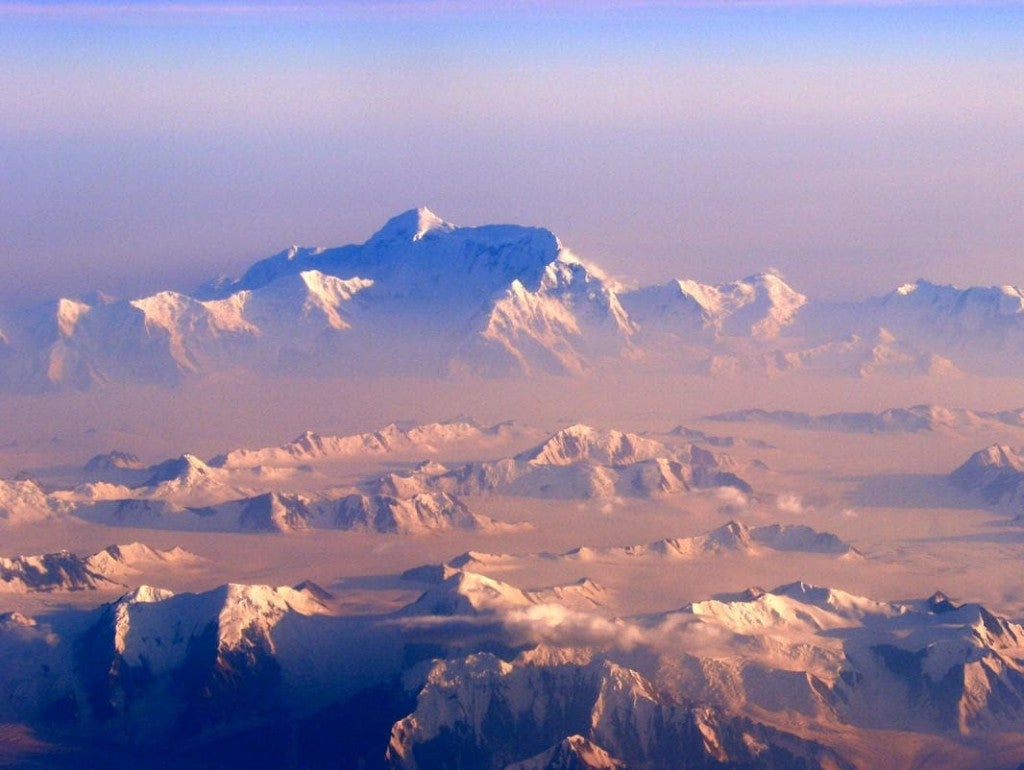 The park itself includes the entirety of the Wrangell mountain range, the western part of the Saint Elias Mountains, and the eastern portion of the Chugach Mountain range. Out of the tallest mountains found in North America, Wrangell St. Elias is home to nine of the top sixteen, giving it one of the highest average mountain heights in the country.

Wilderness areas like these are critical for the development of the flora and fauna to preserve natural species from the dangers of environmental pollution and contaminants.

5. Wrangell St. Elias has more Dall sheep than anywhere else in North America 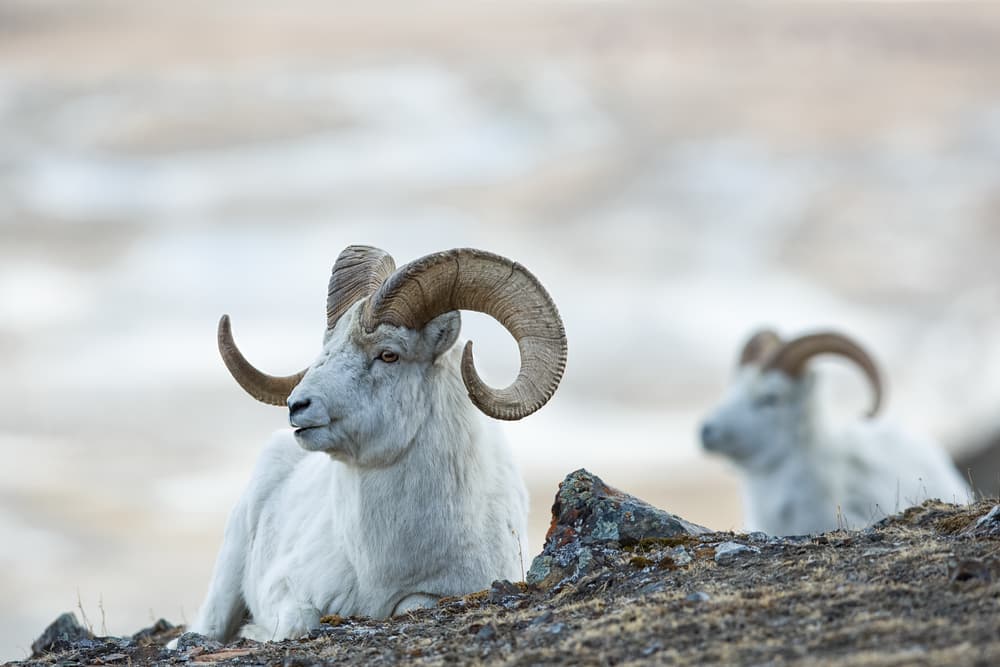 Along with thousands of other species, the park is home to the largest population of Dall sheep in North America. Dall sheep, commonly mistaken as bighorn sheep, inhabit mountainous regions of Wrangell St. Elias in the thousands, with the latest count coming in at over 13,000.

In addition to sheep, other mammals in the park include black bears, Alaskan grizzly bears, ranging in size from 500 to 1,500 pounds (4.5 feet to 7 feet). Standing, Alaskan grizzly bears in Wrangell St. Elias can range up to ten feet tall. Moose and caribou can be sighted throughout the park as well. In the Alaskan wilderness, caribou outnumber the entirety of the human population.

Smaller species in the park and preserve include lynx, wolverines, beavers, martens, foxes, and coyotes. Snowshoe hares and arctic ground squirrels are also commonly sighted amongst the stark winter terrain.

7. Wrangell St. Elias is home to one of the last remaining populations of the Kittlitz’s Murrelets

Wrangell St. Elias is also home to one of the only populations of Kittlitz’s Murrelets, an endangered species of seabird about which little is known. Scientists and naturalists in the park have been trying to figure out the exact cause of the Murrelets’ endangerment since it made the list in 2004. Murrelets can be spotted at night on the waters that border Wrangell St. Elias.

In addition to the Murrelets, Wrangell St. Elias National Park and Preserve plays host to hundreds of species of birds. Bald eagles frequently nest in the park, as well as their closely related cousin-species the golden eagle. Since portions of the park (Copper River Basin and Yakutat Bay) sit along migratory routes, trumpeter swans, geese, showls, and warblers make their home in the park for the warmer months. Due to the extreme winters, the majority of birds exist the Alaskan interior by the time colder weather hits, leaving only a few select species of birds to wait out the winter.

8. But you won’t find any maintained backcountry trails 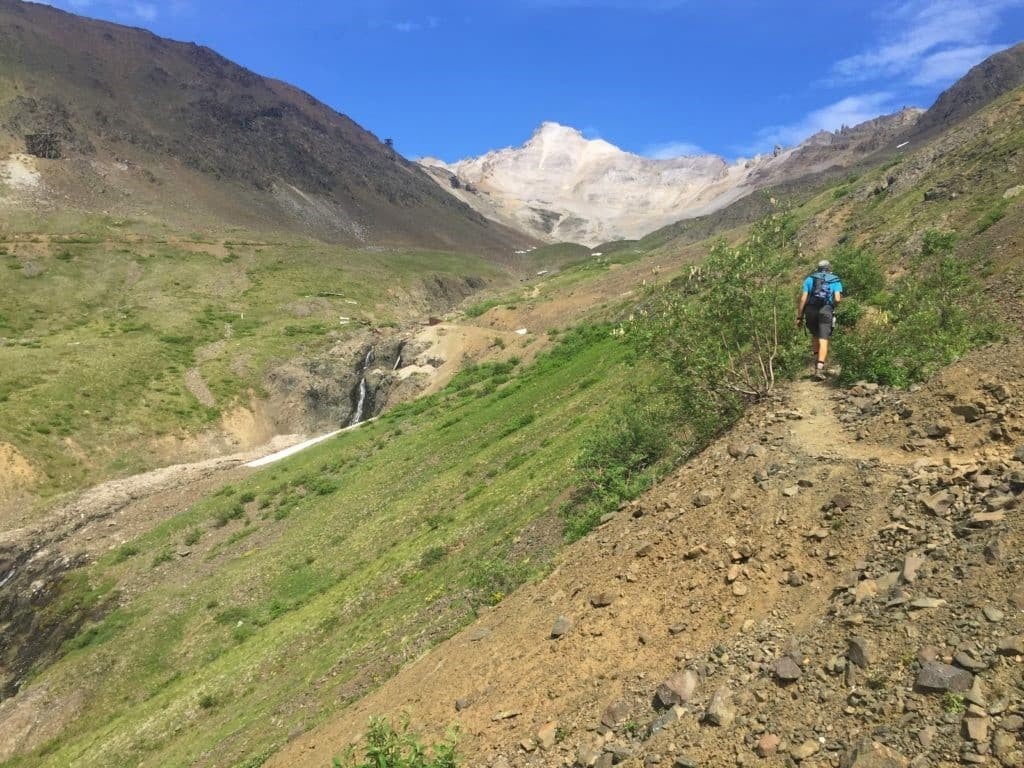 Hiking through Wrangell St. Elias // Image from The Dyrt camper The Switchback Kids

Going off into the wilderness at many national parks means following the backcountry trails to the same vistas that many hit. This isn’t the case at Wrangell St. Elias—with no maintained backcountry trails, you’re truly venturing off to find unexplored wonders. This makes camping and hiking in the backcountry a difficult (albeit rewarding) experience.

Although permits are not required for hiking or backcountry camping, it is recommended that hopeful hikers fill out an optional backcountry itinerary at the park visitor center prior to entering the wilderness. In conjunction with the park’s commitment to keeping its wilderness wild, there are no designated trails within the park. A bear can is required for all hikers, and it is highly recommended that you purchase maps, food, and gear prior to starting your trip, as the opportunities for purchasing goods in or around the park are extremely limited.

For those interested in a slightly less daunting hiking option, there are maintained trails in the frontcountry of Wrangell St. Elias in the Nabesna and McCarthy areas.

9. There are only two public roadways in the entire park

Though the park only contains two significant roads, chartered aircraft are allowed into the park on a case-by-case basis. The McCarthy and Nabesna Roads allow for backcountry campers and hikers to enjoy the scenery of Wrangell St. Elias without putting too much strain on the wildlife and natural scenery.

10. You can visit some of the oldest mines in North America 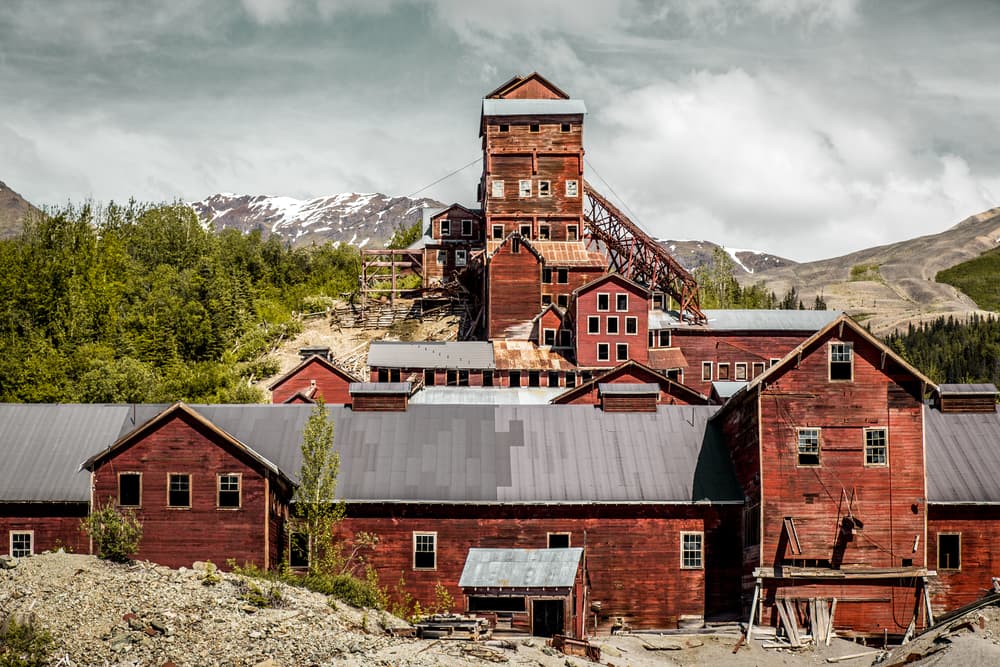 The Kennecott Mining Co. began mining near McCarthy in the early 1900s, when the prevalence of metals and success of the mines drew many people to the area. The mine shutdown in 1938, and the ruins of the mines were eventually placed on the National Register of Historic Places.

Planning a backcountry camping trip to Wrangell St. Elias? Keep us posted on The Dyrt!

This article was brought to you by Mountain House

Check out Mountain House’s new fusilli pasta for the best of backpacking meals while you’re out on the trail. 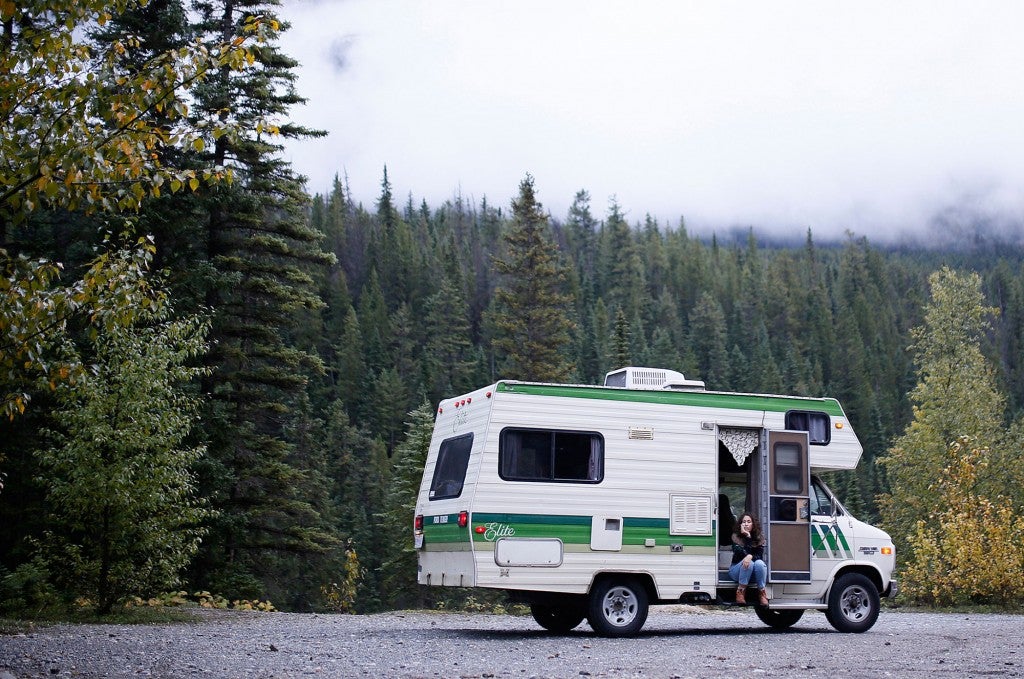 Van campers might have the more popular hashtag (we see you, #vanlife!), but RV campers are carving out their own corner of Instagram with stunning,… 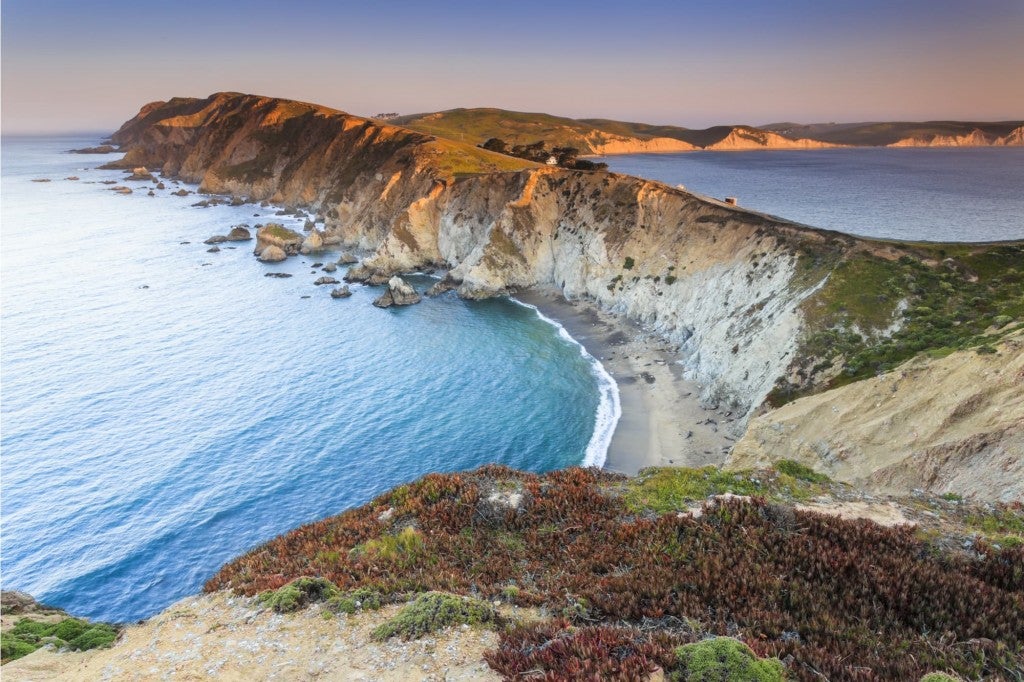