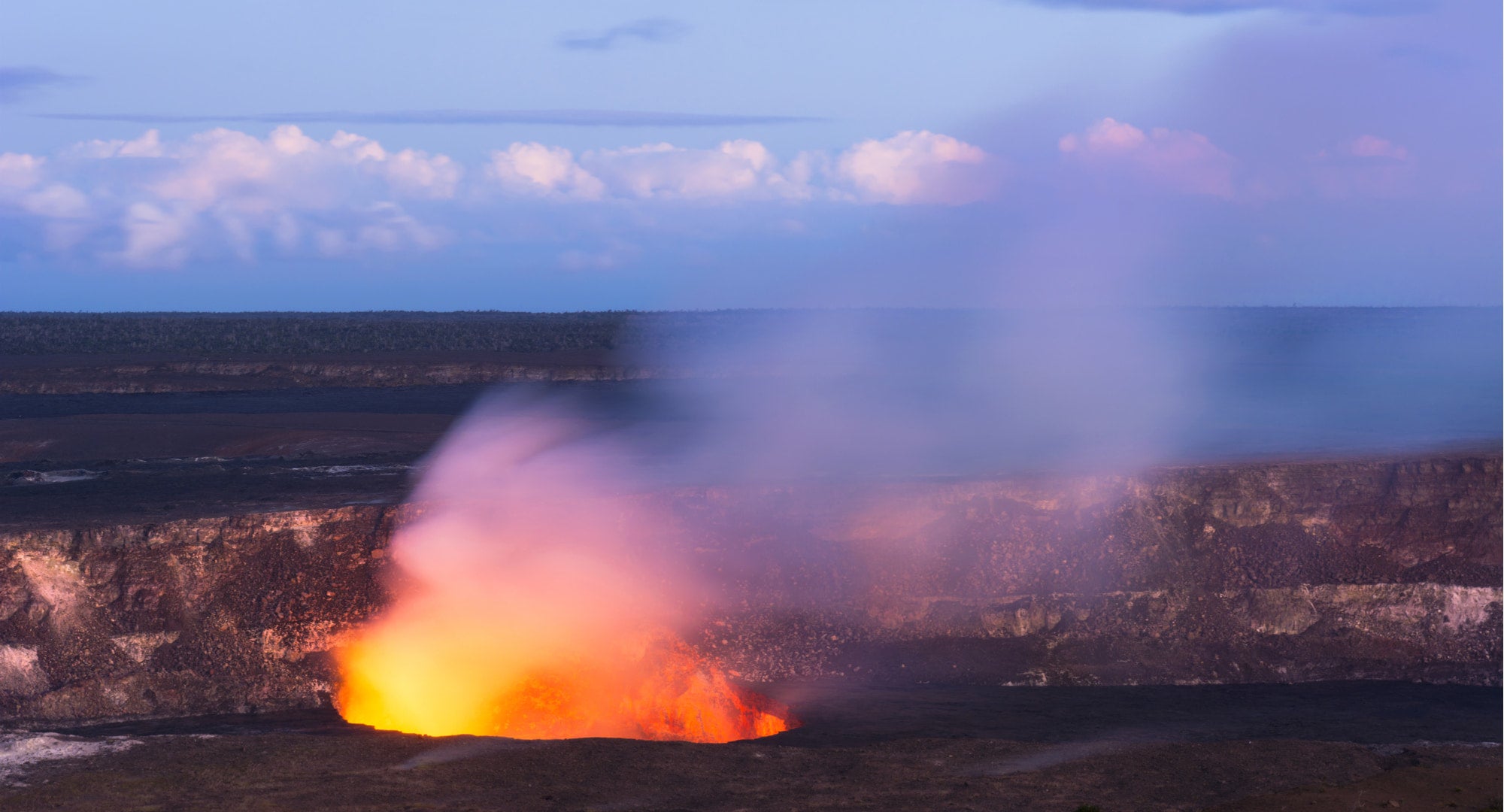 A U.S. Army soldier visiting Hawai’i Volcanoes National Park fell from a 300-foot cliff into the Kilauea Volcano caldera after climbing over a guard rail, according to a press release from the National Park Service. Acting park spokesman Ben Hayes said another visitor saw the man lose his balance at about 6:30 p.m. on Wednesday, May 1, and immediately alerted authorities. Hawaii News Now reports that the visitor was a U.S. Army soldier stationed at Schofield Barracks on Oahu. 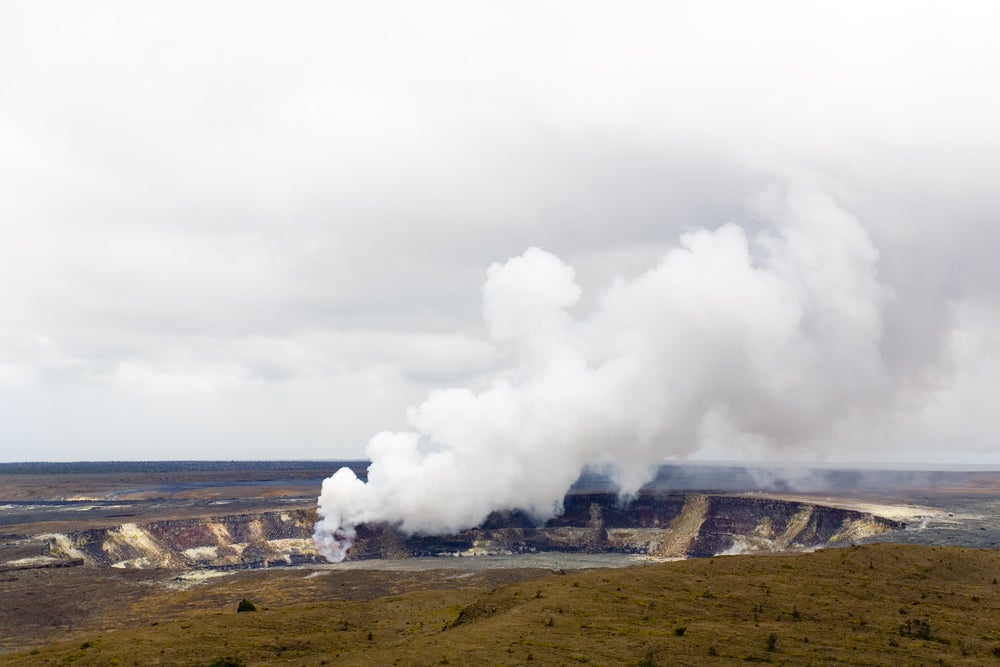 According to Hayes, responders rushed to the caldera after the report was made and began a coordinated search for the man. Stunningly, the man was found on a narrow ledge about 70 feet down from the cliff edge at about 9 pm, alive but seriously injured. Rescue parties from the park, the county, and the Department of Defense were able to rappel down the crater and secure the injured man, who was subsequently airlifted to Hilo Medical Center for urgent care.

The Kilauea Volcano made headlines last summer when a sudden eruption rocked the Big Island, causing devastation for months.

Visitors are encouraged to never attempt to bypass barriers or boundaries in any and all national parks. Visiting and camping the Hawai’i Volcanoes National Park can be done safely when visitors understand the rules of the park. 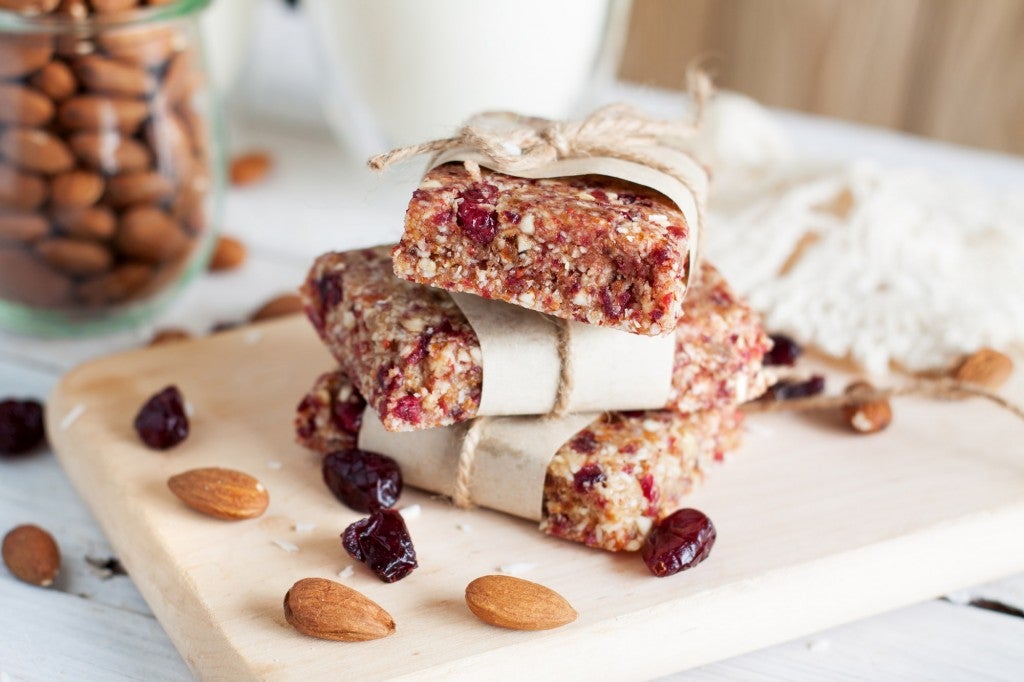 These homemade energy bar recipes are brought to you by Gregory, the makers of backpacking packs that fit your needs for anything from day hikes… 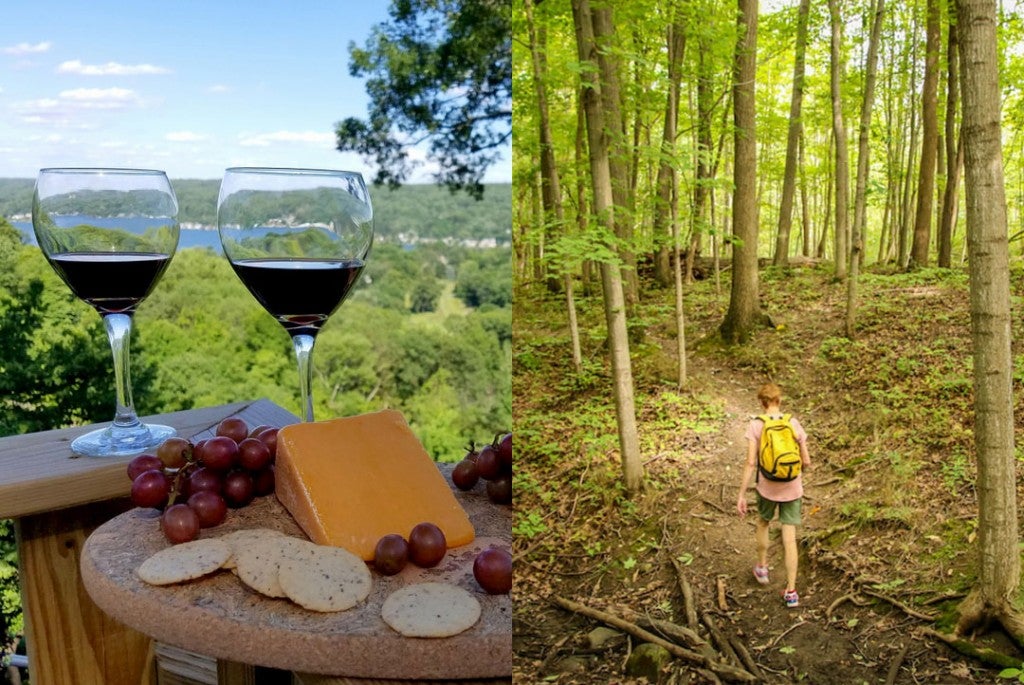 This article on Finger Lakes wineries was brought to you by our friends at IceMule, who make some of the best backpack coolers for…