We’d Stay Inside for These 8 Movies About Camping 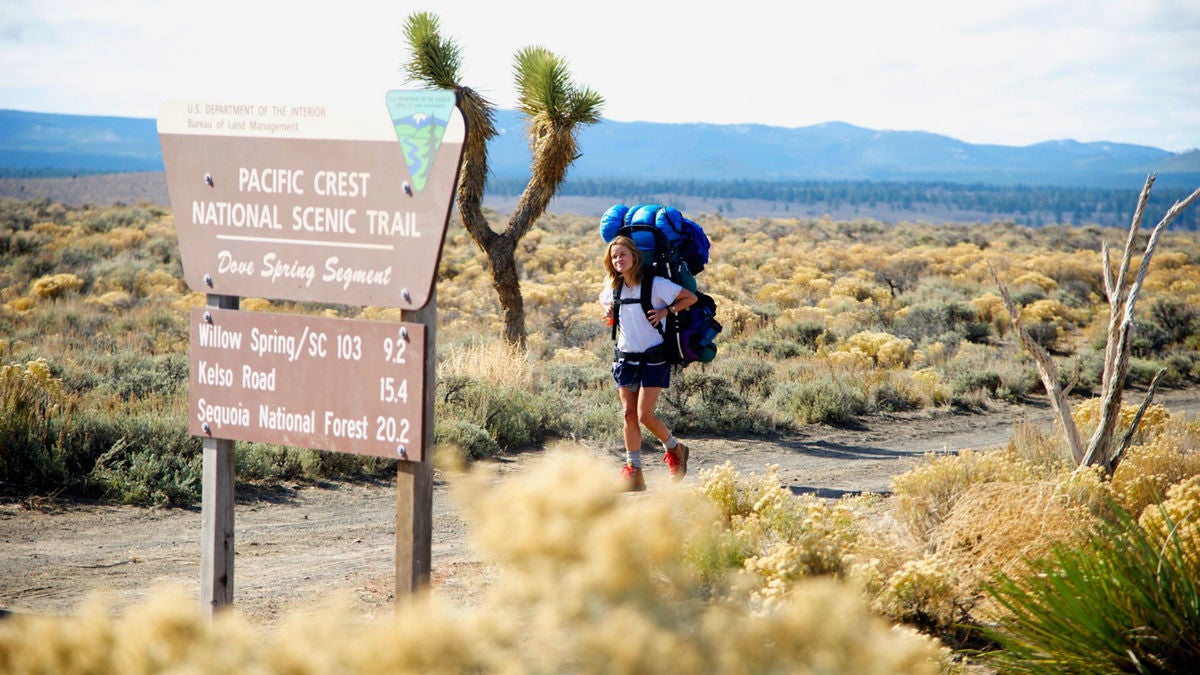 Obviously, we’d rather be camping right now. After all, the best entertainment can usually be found outside, along an old hiking trail, just beneath the water’s surface of a fishing hole or illuminated by flickering campfire light.

But jobs, family obligations, severe weather and all the distractions of modern life have a way interrupting precious camping time. When you can’t make it to the campground, bring the great outdoors inside with these favorite movies about camping.

8 Movies About Camping To Motivate You On Your Next Trip 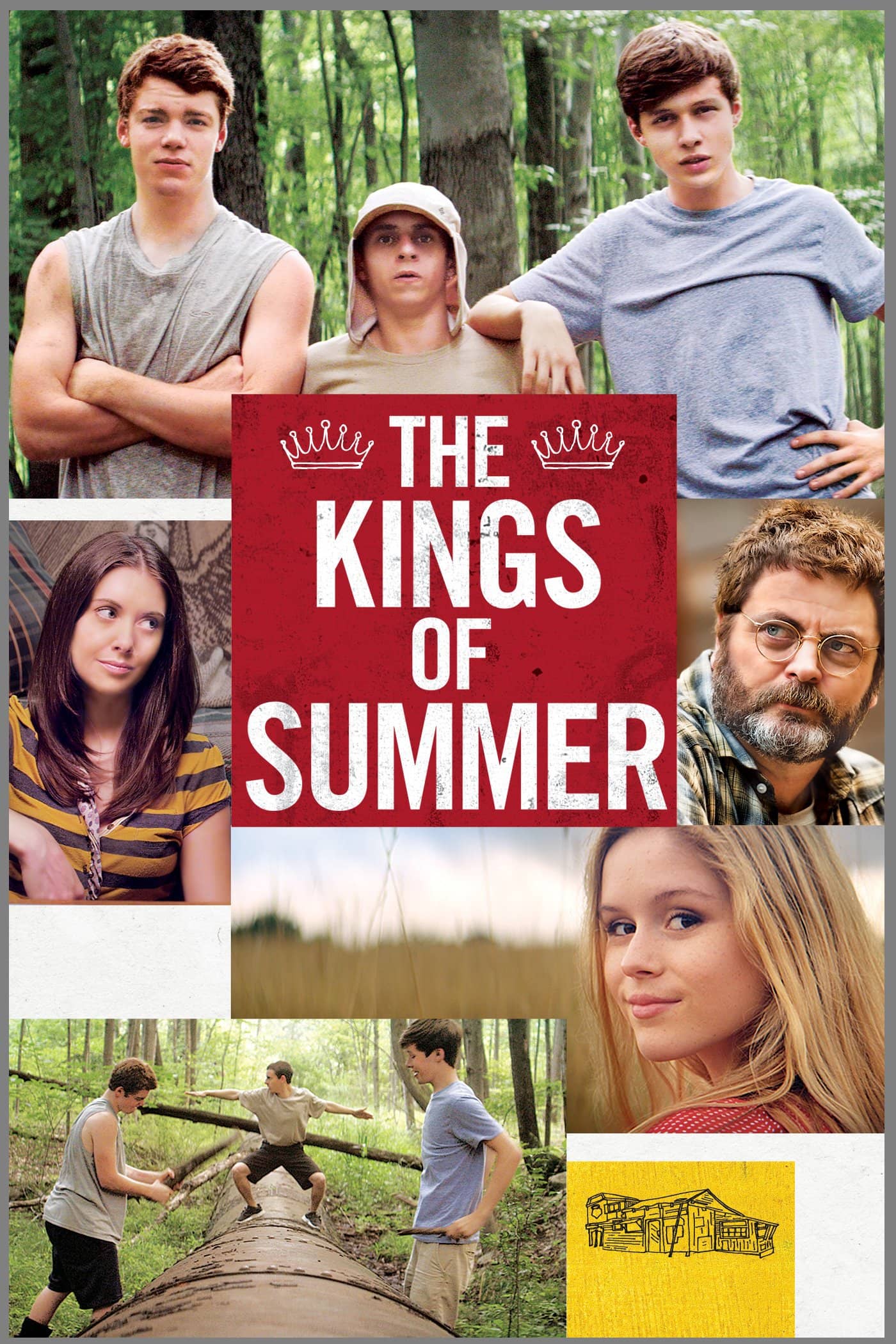 “The Kings of Summer” premiered in the 2013 Sundance Film Festival and was later picked up for distribution from CBS Films. Despite its indie origins, this film has a big name cast, like Nick Offerman of Parks and Recreation, Megan Mullally of Will and Grace, Alison Brie of Community.

This coming-of-age flick tells the story of three high school boys on the edge of adulthood who are ready to shed the last of their reliance on their parents. Almost a reverse version of Peter Pan’s The Lost Boys, the boys seek full independence and adulthood before they’ve fully left childhood. Their venture into the woods to survive starts as a naive expression of autonomy but turns into real lessons in growing up as the boys try to make it for themselves in the wild.

Poignant, funny and honest, “The Kings of Summer” is one of the more recent movies about camping that reminds viewers that nature can bring out the kid in us while the relentless wilderness can force us into maturity all too quickly. If you’re an Amazon Prime member, this movie is free to stream on the platform. Non-members can still watch on Amazon for $3.99. While this comedy is a coming-of-age story, it’s also rated R and intended for those who have already “come of a certain age.”

Hopefully your next camping trip doesn’t resemble “Friday the 13th” at all. But scary as the wilderness can be, this movie serves as perfect inspiration for a chilling campfire story. After a young boy drowns at Camp Crystal Lake in 1957, a mysterious killer begins slaying camp counselors in a rampage.

If you’re looking for an update to the slasher film, the reboot was released in 2009. For obvious reasons, both horror movies are rated R. The original movie is available to stream on Amazon Prime Video for $3.99. 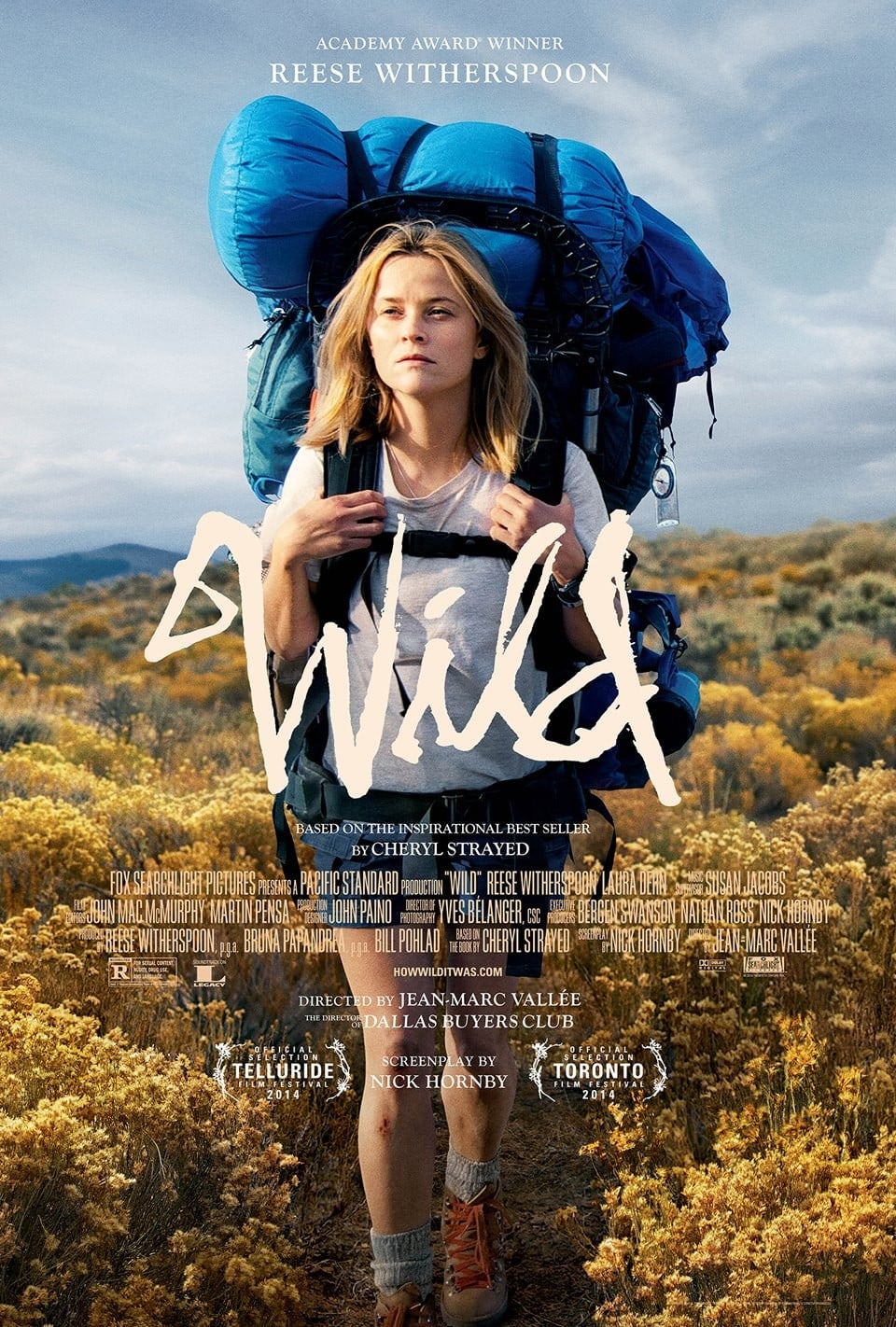 Chucking a boot of a cliff on the Pacific Crest Trail turned into an iconic moment after Cheryl Strayed’s “Wild: From Lost to Found on the Pacific Coast Trail,” was turned into a movie staring Reese Witherspoon and became a blockbuster hit.  And while it’s not wise to set out on a 2,650-mile trail with boots that fit incorrectly, the movie still delivers on inspiration.

Strayed’s life is in shambles when she makes the radical and questionable decision to hike the entirety of the PCT with little knowledge of backpacking beforehand. But the trials and obstacles she overcomes from man, nature, and her psyche create a mental clarity that helps her move forward from her past demons, which include everything from heroin use to adultery. Nothing like raw nature to set a person straight again!

“Wild” is available for streaming on Amazon Prime Video for $3.99, for both members and nonmembers alike. This movie is not family friendly; is rated R for sexual content, nudity, drug use and language.

“Stand By Me” is the story of four boys in the stage of adolescence that blurs innocence and maturity. They set out on a days-long hike to see the rumored corpse of a boy who has gone missing from town. Along the way, they laugh at grotesque campfire stories, escape a junkyard dog and barely evade getting run over by a train. This is the perfect camping movie if you’re looking for maximum nostalgia and are into coming-of-age stories that take place on the cusp of adolescence, when young kids are forced to reckon with their future.

“Stand By Me” can be streamed on Amazon Prime Video for $3.99. But if you start a Starz free seven-day trial, you can watch Gordie, Chris, Teddie and Vern on their adventure to see the dead body for free. This movie is an adaptation of the Stephen King novella “The Body,” and is rated R for language, smoking and brief violence between preteens and teenagers.

In “We’re the Millers,” a drug dealer enlists the help of a stripper, a thief and his neighbor to pose as a bland conservative family, all while attempting to get drugs to Mexico in his RV. While fending off the Drug Enforcement Agency, a drug lord and a Mexican Redknee tarantula, the unlikely group actually forms a lasting bond with each other.

This camping comedy is rated R and can be streamed on Amazon Prime Video for $3.99. 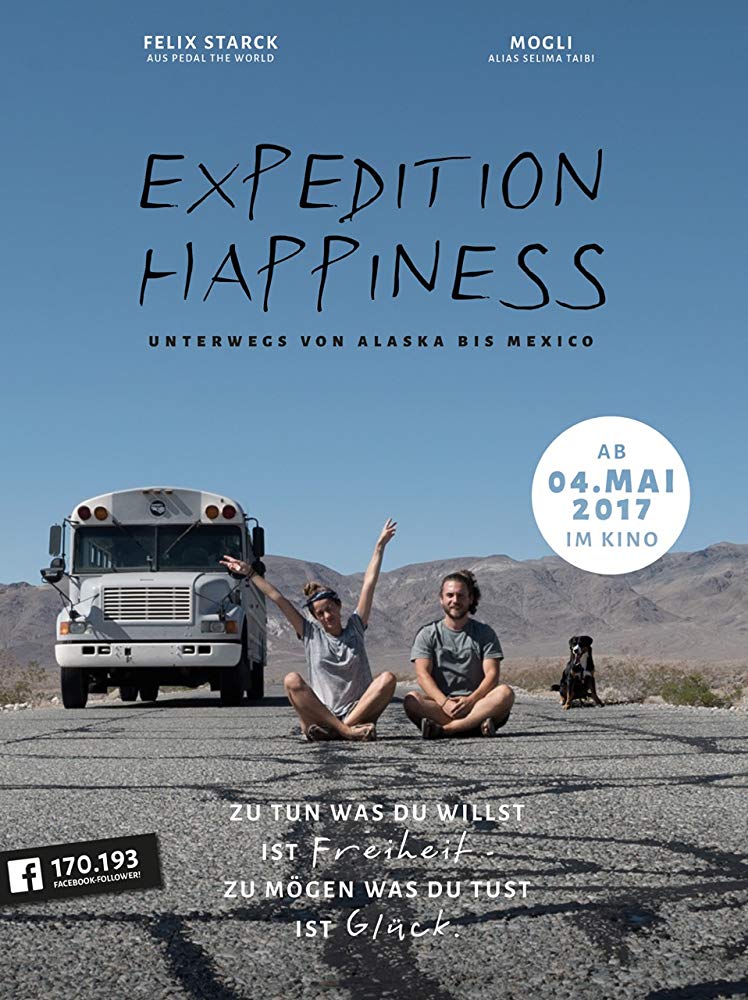 “Expedition Happiness” is perfect for those who prefer documentaries about camping. Selima the musician, her boyfriend, Felix, the filmmaker, and their dog travel across North America in a refurbished school bus. The German couple has no problem living the minimalist lifestyle, but surprises at the border and unexpected illness make their trip more difficult than they planned.

This is not a movie with an epic climax or heart-pounding conflict. It’s more of a chill ride along as the trio seek what nature has to offer. Watch as the travelers attempt to RV (or, uh, school bus) from Alaska to Mexico.

“Expedition Happiness” is available for streaming on Netflix and is rated PG.

Wes Anderson doesn’t disappoint with his signature quirky design, awkward characters and poignant moments in “Moonrise Kingdom,” making it one of the cutest movies about camping out there. Sam and Suzy are 12-year-olds who have fallen in love on their home island of New Penzance. The young kids boldly run away to be together, and Sam uses his Khaki Scout training to help the two survive their runaway camping adventure. Meanwhile, their absence spurs a search and rescue party from the adults in their lives.

Moonrise Kingdom is rated PG-13 and is available to stream on Sundance Now, which offers a free trial. 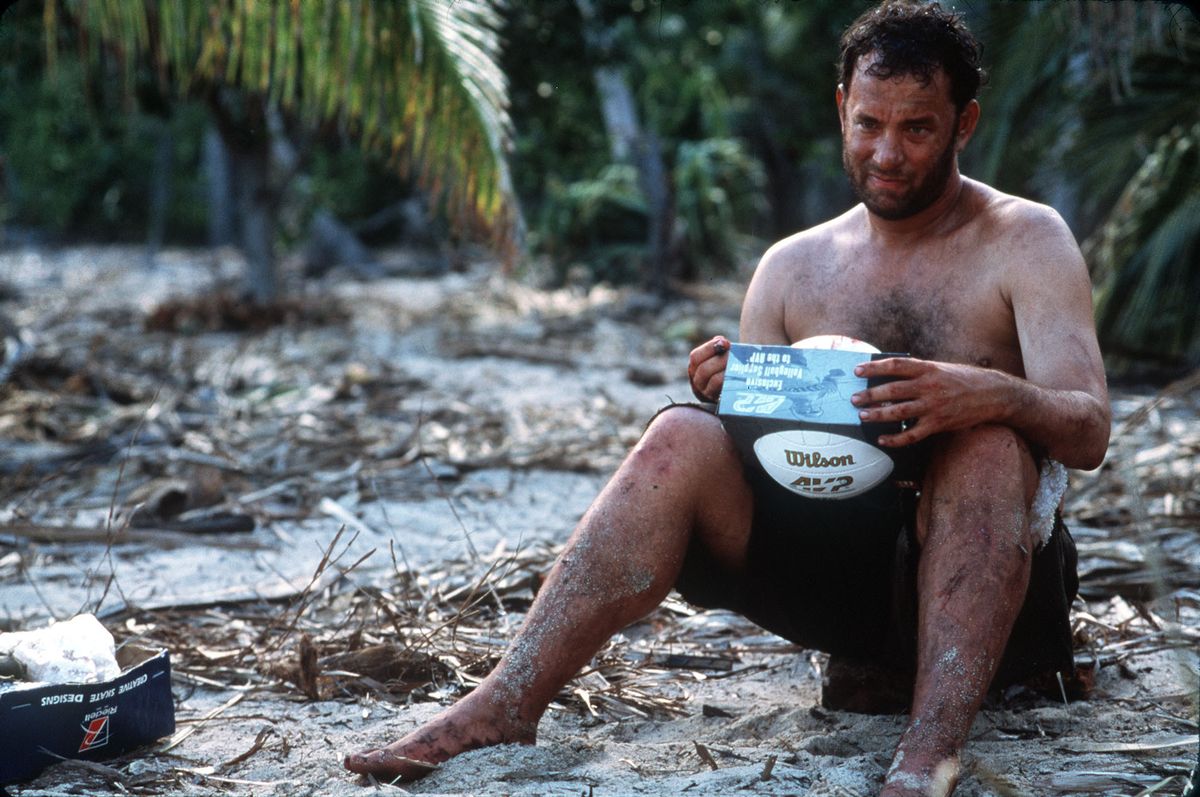 “Cast Away” may not be the film that conventionally comes to mind when thinking of movies about camping, but the survival film is essentially a story of involuntary camping — for four years. Chuck Noland, played by Tom Hanks, has his life wildly taken off course when the plane he takes for a business trip crashes into the Pacific Ocean. Chuck survives by learning to spear fish, make fires and eventually build a raft to make an attempt at escaping the island.

Cast Away is rated PG-13 for intense action sequences and some disturbing images. Stream Castaway on Amazon Prime Video for $3.99. 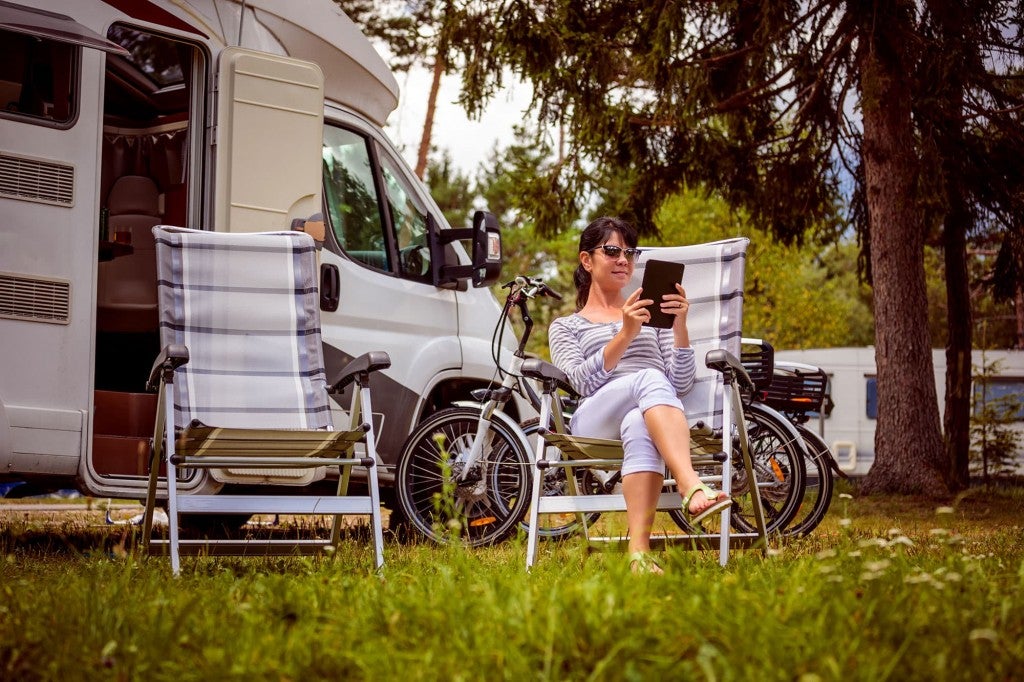 How to Buy Your Very Own Campground

Here’s how it happens: You’re sitting around a campfire with a glass of wine and good company, and the thought crosses your mind: If I… 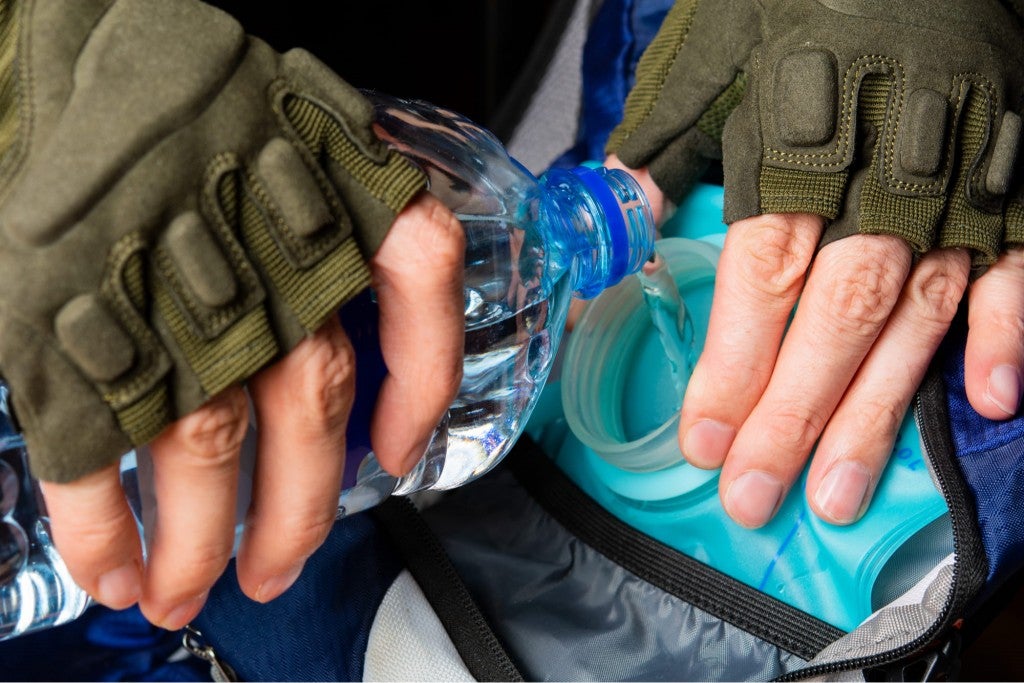 How to Clean a Water Bladder On and Off the Trail

Water bladders have revolutionized hydration in the backcountry; instead of stopping to pull out buried water bottles that inevitably add pack weight to your thru-hike…