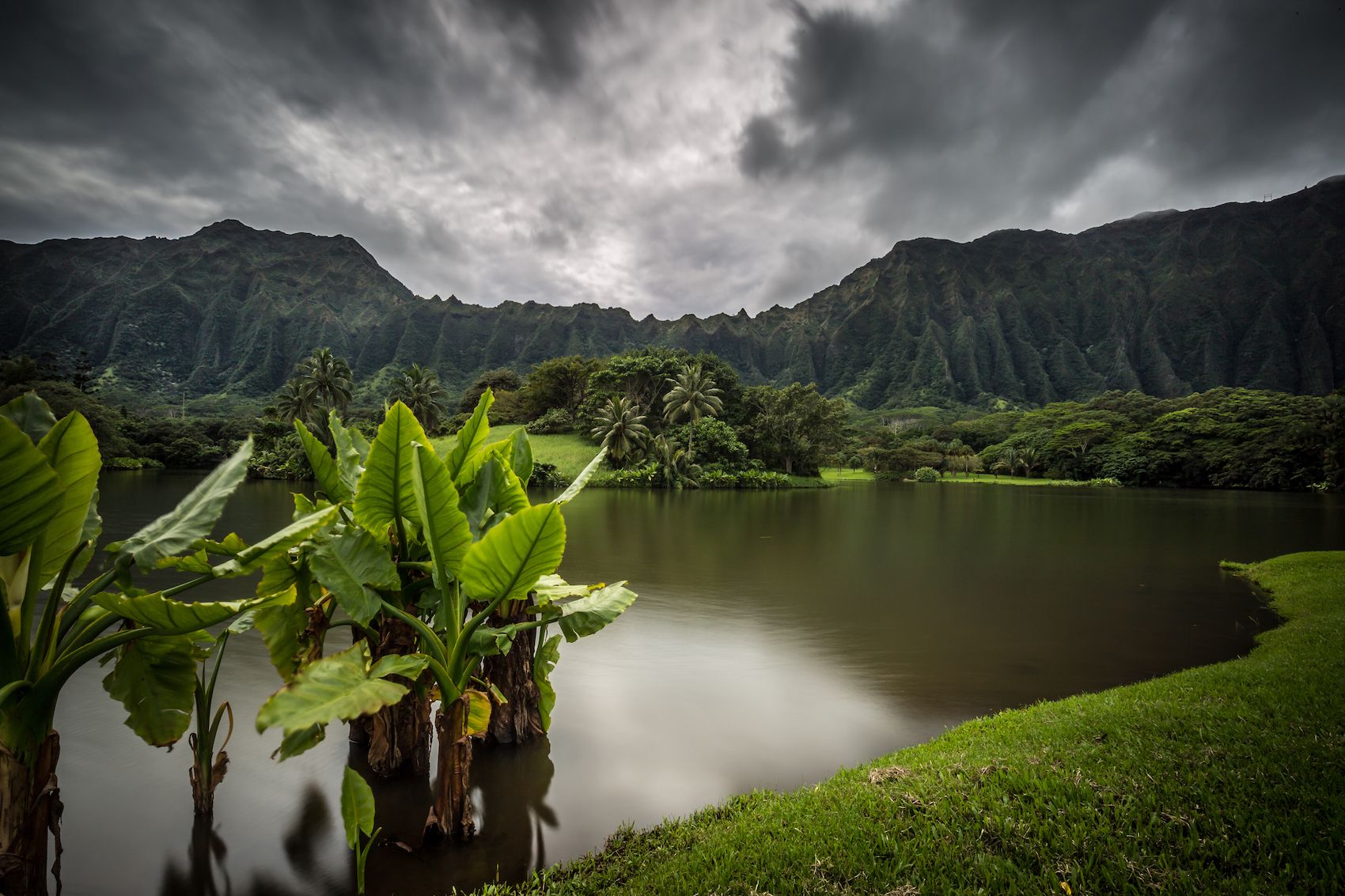 This weekend, Hurricane Lane was downgraded to a Tropical Storm after weakening over Hawaii’s mountains. This announcement comes after the storm dumped almost four feet of rain on the island state, creating dire flooding conditions. Lane is barely back out to sea, but Hawaiians are already offering one another kokua, or helping hands, with recovery efforts.

As of Monday the 27th, all County Parks and facilities are open again, as are all State Parks and facilities except for the Wailoa Visitor’s Center. Haleakala National Park, famous as a sunrise viewing spot, reopened its beloved Summit District at 3 a.m. in time for the usual dawn show. The Kipahulu District reopened at 7 a.m. The World War II Valor In the Pacific National Monument at Pearl Harbor also reopened Monday morning.

All DLNR outdoor recreation areas and reserves will remain closed for further assessment. Hawai’i Volcanoes National Park also remains closed, as it has been since an increase in volcanic activity this spring. Hurricane Lane created a rare whiteout phenomenon when the storm’s intense rainfall made contact with the still-cooling lava fields surrounding Kīlauea, producing vast clouds of volcanic steam.

Campers and outdoor enthusiasts eager to return to these parks should take caution, as ongoing rain from the storm could continue to contribute to flooding and the potential for rock and mudslides.

Many roads are still closed, both due to flooding and a brush fire on Maui that was exacerbated by hurricane-force winds. That fire is now fully contained. You can see which roads are impassible thanks to this handy map. In addition, the Hawai‘i State Department of Health warns that storm water could contain contaminants such as septic tank overflow, so be extra cautious about refilling your hydration pack or water bottle.

Hurricane Lane hadn’t even made landfall before its outer rain bands caused major flooding on Hawaii’s Big Island, which has received over a foot of rain so far.

Two campers had to be rescued from the Waipio Valley on the Big Island after they were trapped by flooding. Rescue efforts were hampered by those same flood waters, which made roads impassable. However, a helicopter retrieval was successful, and the campers weren’t injured.

Another rescue was necessary to get five people out of a house they were trapped in due to flooding. It was also successful, with no injuries.

In addition to causing flooding and landslides, the storm’s approach has also aggravated a brush fire in Lahaina on Maui. Maui County reports that Kahekili Highway from Nakalele to Waihee is now completely closed, as is Honoapiilani Highway due to the blaze. Winds ahead of the hurricane have been helping the fire to spread, but rains from Hurricane Lane haven’t arrived yet.

Those same conditions and the approach of the storm have prompted United Airlines and Hawaiian Airlines to ground flights in and out of Maui. However, extra flights have been added out of Honolulu to help people get back to the mainland ahead of the storm, which is still over 200 miles from Oahu.

Lane has been downgraded from a Category 4 to a Category 3 storm, a shift that could actually spell trouble for both the Big Island and Maui as Lane continues its slow crawl across the Hawaiian islands. The storm slows as it weakens, while still packing a wallop with winds over a hundred miles an hour. Instead of battering Hawaii before quickly moving back out, Hurricane Lane will hold its position in the Pacific, which means even more local rainfall.

Hawaii has already had an eventful year with the ongoing Kilauea eruption at Hawai’i Volcanoes National Park on the Big Island. Now in a rare occurrence, Hurricane Lane is headed for several Hawaiian islands, prompting the closure of several national and state parks and the evacuation of various establishments, including campgrounds.

On Maui, officials closed Haleakala National Park ahead of the storm, shutting down the Kipahulu and Hosmer Grove campgrounds at noon on Wednesday. Backcountry campers were asked to evacuate by 4PM, the same time that the Summit and Kipahulu Districts of the park locked their gates yesterday. In addition, Puuhonua o Honaunau and Kaloko-Honokohau National Historical Parks closed, as well as the Kilauea Point National Wildlife Refuge and Kealia Pond National Wildlife Refuge.

All state parks throughout Hawaii, except for those in Kauai, are closed to overnight camping until further notice.

Waianapanapa State Park and Nuuanu Pali State Wayside Park in particular face landslide risk. As for Hawaii’s camping-friendly beachfront parks, all from South Point north to Kohala are shut down until the storm passes. Public parks usually open to camping in Oahu are closed. So is Waimea Valley on Oahu’s North Shore, a popular tourist and camping destination (not to be confused with Waimea on the Big Island).

While Pacific hurricanes themselves aren’t unusual, it’s very rare for one to make landfall with either the West Coast or Hawaii. In fact, a major tropical cyclone hasn’t touched down on any of the Hawaiian Islands since Hurricane Iniki in 1992. Even if Lane doesn’t make history with a direct hit, the excess rain and high winds from its outer bands could impact most of Hawaii’s islands and many of its major cities, including Kailua-Kona and Honolulu.

It remains to be seen how Hurricane Lane’s track near Kilauea will impact hopes to reopen parts of Hawaii Volcanoes National Park by National Public Lands Day, which is exactly a month to the day from when Hawaii began its pre-storm closures.

While all of Hawaii is susceptible to mudslides, areas affected by the Kilauea eruption could be extra vulnerable to a phenomenon called lahars, a kind of mud-avalanche that can occur during or after volcanic activity.

#HurricaneLane in the early morning hours near #Hawaii. The crew of the @iss sends much aloha to everyone there.

Tensions are high already, as Hurricane Lane’s progress slows, causing even more rain to dump onto the Hawaiian islands. Both the Governor and President Trump signed emergency proclamations/disaster declarations to fast-track resources and response ahead of Lane’s arrival. That could prove to be a much-needed measure as this unusual natural disaster unfolds.

If you have been evacuated from a campground due to Hurricane Lane and need to seek shelter, the Honolulu Star Advisor has published a list of Hawaii emergency shelters throughout the state, including information on which take pets and provide food. Many airlines are also offering wavers or reduced fees to change tickets, so if you have upcoming travel plans that may be disrupted by Hurricane Lane, call ahead to find out what alternative arrangements can be made.

We will continue to update this article as more information becomes available. 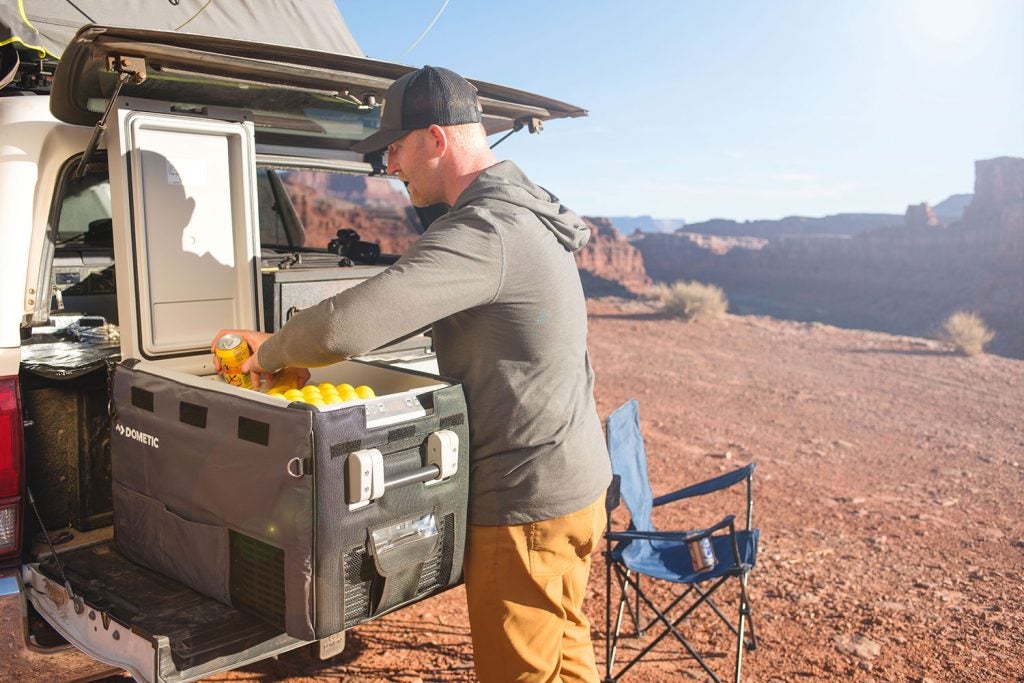 This New Electric Fridge & Freezer is Perfect for Car Campers

The Dometic CFF line will be released in Spring of 2019.  Dunking your hand into a pool of half melted ice is a familiar sensation… 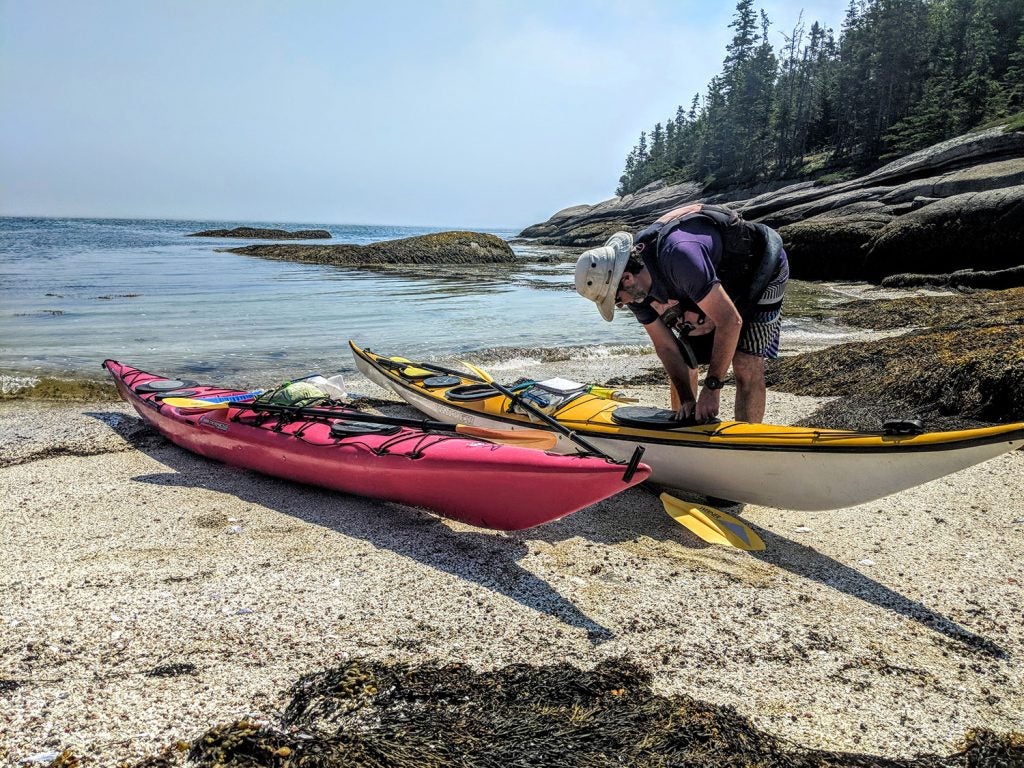 The Best Places for Sea Kayak Camping Across the States

Shari and Hutch live on the road full-time in their vintage “canned ham” trailer. Every Thursday, they’re bringing us stories from the road. This week, we’ll…