Live Your Own Scary Story at These 6 Haunted Campgrounds 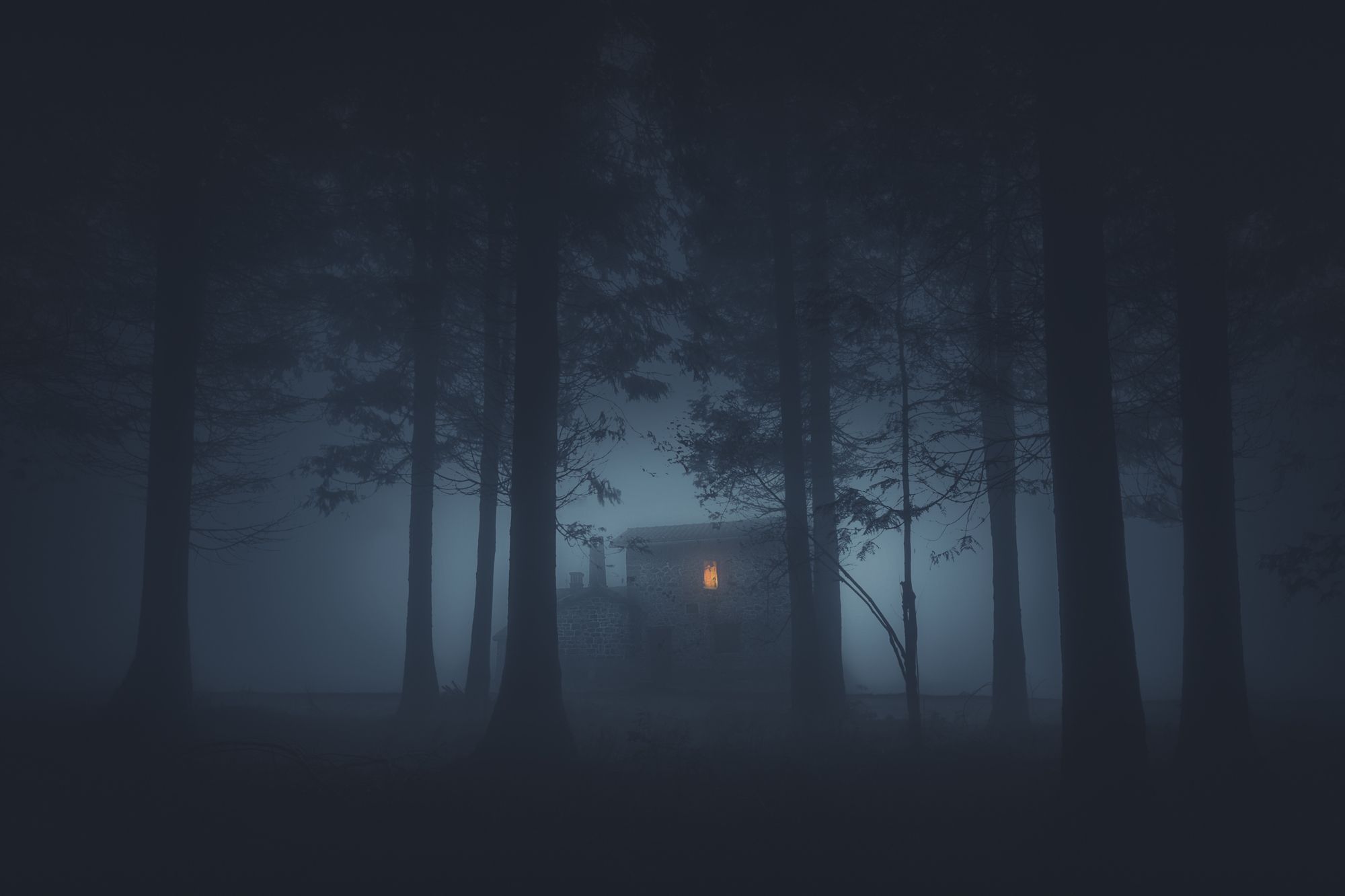 This article on haunted campgrounds is brought to you by our friends at Vivobarefoot who developed a sturdy, comfortable shoe made from 17 plastic bottles. Like your best ghost story, these trail shoes come in handy on camping trip after camping trip. They’re also re-boo-sable!

There is something about exchanging scary stories with friends, while snacking on roasted marshmallows around the campfire. If you want to turn the heebie-jeebies up a notch, try sharing scary stories while camping at some of the most haunted places in America. A little paranormal panic makes the s’mores taste sweeter and the sleeping bag feel cozier.

Are You Brave Enough To Sleep Overnight at These Haunted Campgrounds?

Ghosts have reportedly been seen at, or close by, these 6 haunted campgrounds. You’ll be glad to have a headlamp on hand — just in case you hear something go bump in the night. 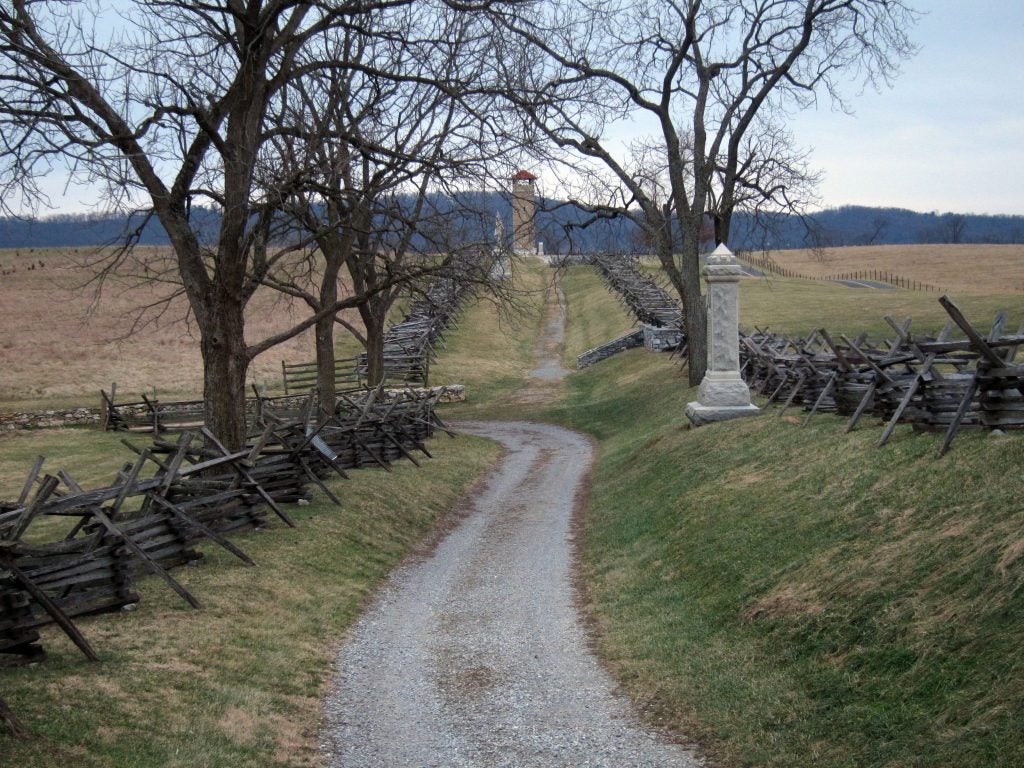 It would be surprising if a campground located near the bloodiest battle of the Civil War weren’t considered haunted. Antietam Creek is located just a few miles from where the thickest Civil War fighting took place, and where 23,000 men died. Visitors at the campsite have reportedly seen ghostly soldiers, or heard the firing of guns, cannons and the rata-tat-tat of military drummers.

A narrow country road, now called Bloody Lane, separates the two farms where Union and Confederate troops formed opposing lines. You can also check out the Burnside Bridge,  and the Antietam National Cemetery. All of these locations played a pivotal role in the Battle of Antietam over a 150 years ago. If you aren’t too unnerved after visiting the battlefield and spending the night at Antietam Creek Campsite, opt for a lighter outdoor experience the next day at nearby South Mountain State Park. 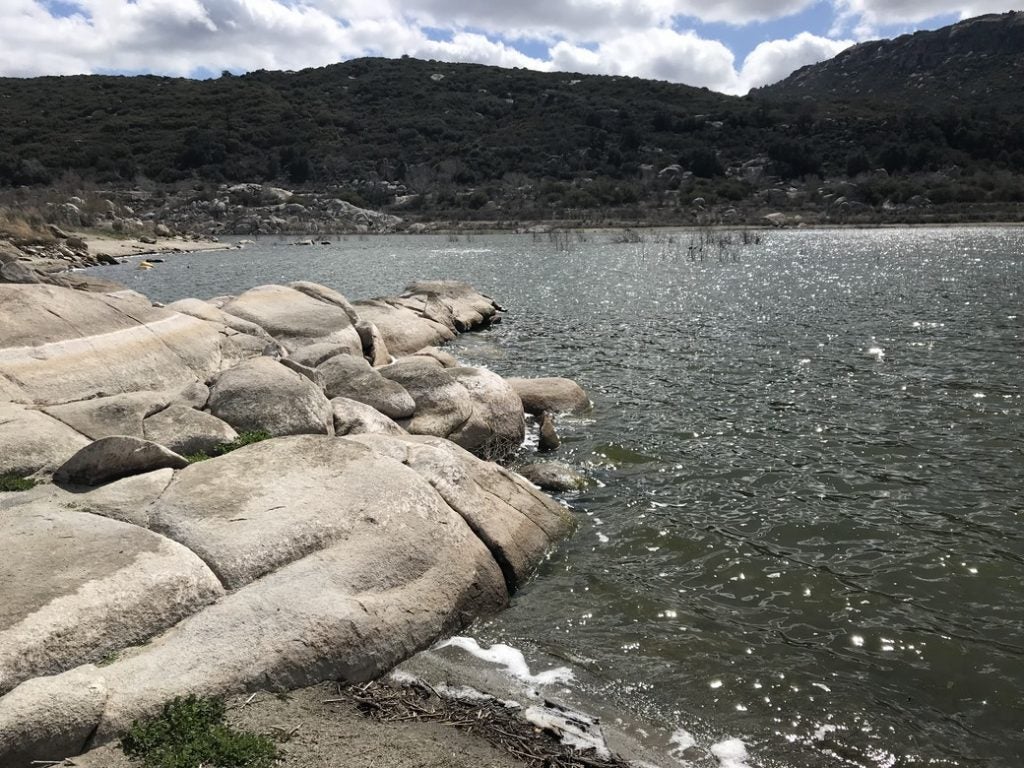 Reviewers of Lake Morena will tell you about the level campsites, the playground for the kids, and the call of the wild turkeys in the morning. All those things are true and The Dyrt Ranger verified. However, according to local lore, Lake Morena also has an elusive resident ghost.

The ghost is usually described as a woman dressed in white, doomed to wander the fringes of the Laguna Mountains until her earthly business is settled. Campers say they hear a woman’s voice even when no one else is around, or hear strange singing and laughter. If you find yourself unable to sleep, and you are feeling brave, just slip on your trail shoes and go for a lap around the lake and its haunted campgrounds. Maybe the ghost of Lake Morena is just lonely and looking for some company.

Braley Pond attracts hikers and campers with dispersed campsites, a pond, and a nearby creek. This campsite is located in the George Washington and Jefferson National Forest, but don’t let the tranquil forest environment fool you, this place is also known for strange supernatural sightings.

There are many different stories about the ghost that haunts Braley Pond. Some say you can see the spirit hovering over the creek. Others say you can hear horses trotting down the road and the mysterious laughter of children. One account claims that staying here overnight drove a paranormal investigator insane. Whatever you see when you visit, don’t miss out on the more serene offerings found here, which include trout fishing, plenty of firewood, and trails along the pond’s edge. There’s plenty to explore at Braley Pond— if you dare. 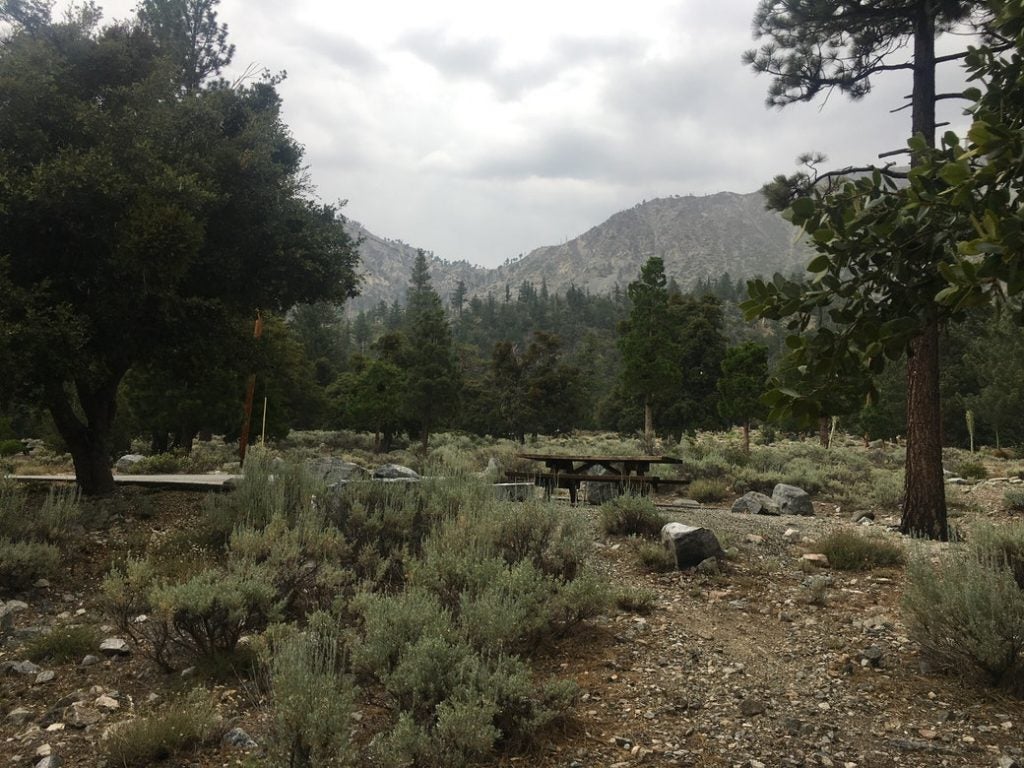 Photo courtesy of The Dyrt Ranger Katarina A.

If your mind just conjured up images of the haunted campgrounds occupied by Jason Voorhees, you’re not alone. This particular Crystal Lake is a sprawling first-come, first-serve campground in the valley, where visitors can enjoy views and hiking in the surrounding San Gabriel Canyon. Crystal Lake has been attracting visitors for a long time, but according to stories about the place, some visitors never leave.

An amphitheater and dance studio were built here in the 1930s. At the time, the campground was filled with workers and their families who were contracted for the project. The story goes that one night a bear entered the camp and attacked a man’s wife and children. He ran to their defense, but ended up being mauled as well. The family was buried near the dance studio, and the bear was never seen again. Visitors say that the ghosts still haunt the campground.

If you feel spooked by the story,  just remember to bring along your bear spray.

5. The Heceta Head Lighthouse in Florence, OR 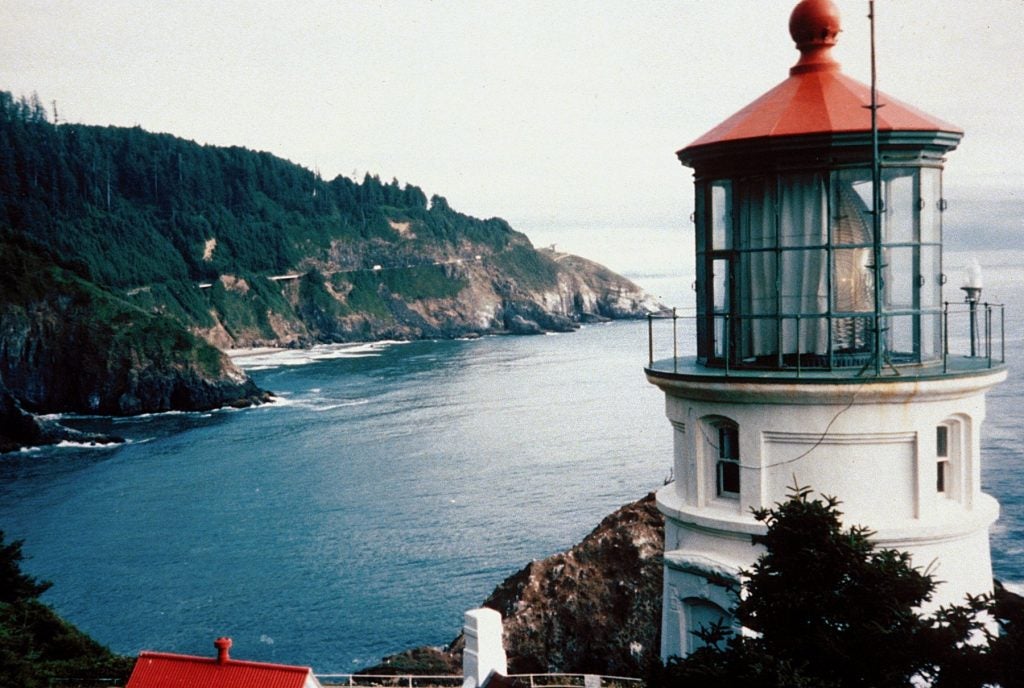 Heceta Head Lighthouse in Florence, Oregon is such a stunning place that one former caretaker may have stuck around for good. Stories say that Rue, a former resident and employee, still haunts the lighthouse, keeping up her duties in the afterlife. According to those who have seen her, Rue haunts the old house in a fairly peaceful fashion, occasionally moving objects, sitting down on freshly made beds, and on rare occasions appearing to handymen who are working on the property.

You can book a room in the lighthouse if you are looking for a creepy night, or, you can camp down the beach from the lighthouse at the Carl G. Washburne Memorial State Park. In the morning, take the 2-mile hike to the lighthouse and step inside — maybe you’ll meet Rue yourself.

This campground has “ghost” in its name for a reason. Holy Ghost Campground is rumored to be haunted by a Catholic priest who died here in the 1700s. Some say he was attacked by the Pueblo people who were defending themselves from colonizers. Other stories about why Holy Ghost Campground is haunted involve more recent tales of tragic car crashes, biker brawls, and state troopers run amuk. Once a place gets a reputation for being haunted, it seems to attract new myths, as well as an onslaught of visitors hoping to see mysterious lights in the trees, orbs hovering in the distance, or eerie sounds in the night.

Your goosebumps might be soothed by the stunning scenery of the Pecos Mountains once daylight returns. This spot is undeniably creepy at night, but it’s also hauntingly beautiful during the day.

After visiting these campgrounds you’ll be able to tell your friends a real scary story around the campfire, about the time you braved one of these haunted campgrounds — and lived to tell the tale. 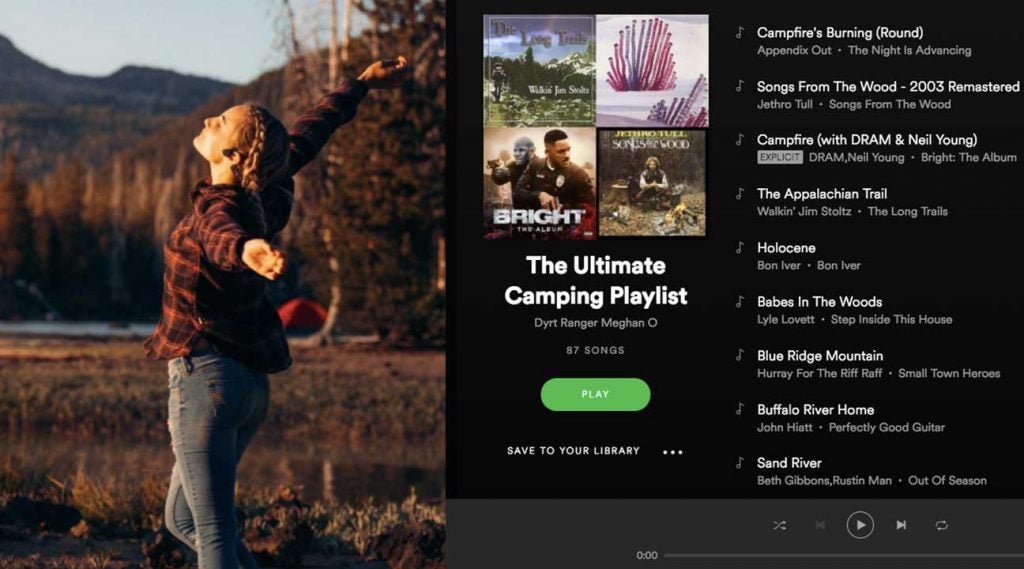 The Ultimate Campfire Playlist: A Collection of Camper Favorites

This campfire playlist is brought to you by our friends at Aftershokz, the makers of open ear headphones that let you safely listen to campfire…

This article is brought to you by our friends at Escape Campervans. Consider a van rental in Las Vegas and follow this road trip guide…