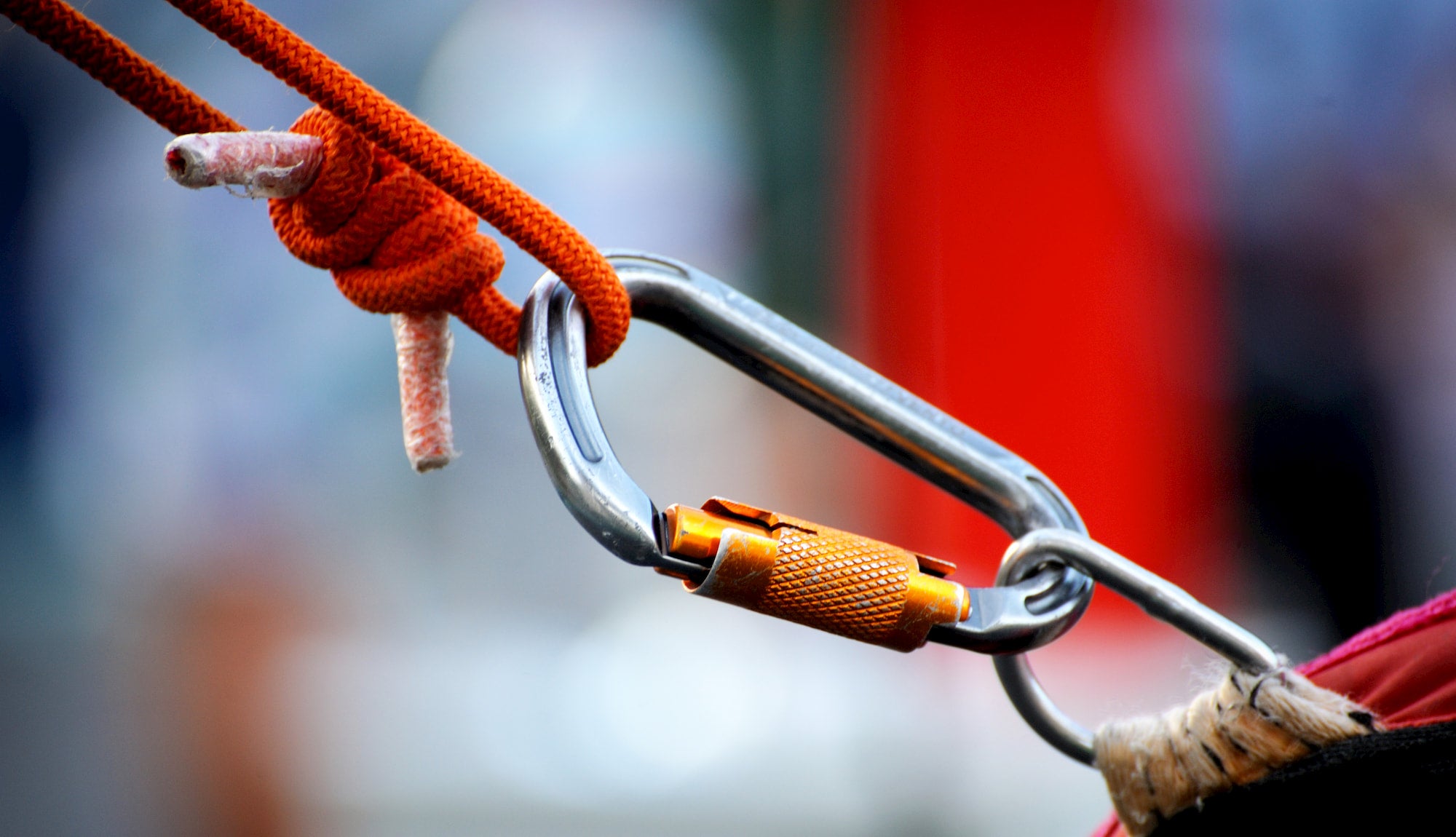 If you’ve kept up with any part of the outdoor news in the last couple of years, then you’ve likely noticed that previously fringe outdoor sports are on the upward swing in popular culture. With the mainstream rise of documentaries like Alex Honnold’s “Free Solo” and cult-classic films like “Valley Uprising,” the outdoor world has experienced somewhat of a Renaissance, and with it has come a slew of new and interested enthusiasts.

Unfortunately, too often the outdoor world can be a place where the lingo, the gear and the wealth of experience of the pros have served as an obstacle to those looking to learn and engage on a beginner’s level. In the world of outdoor sports, things like climbing, backpacking, and kayaking can feel like exclusive clubs reserved for those who already know and understand the language. But the reality is, those are all just different outdoor activities, open to anyone who is willing to give them a shot.

Here at The Dyrt, we’re working to open the outdoor world to everyone, one campground review at a time. To help with that, we’ve created this quick overview of one of the most important tools in the outdoor world: the carabiner.

What Is a Carabiner? 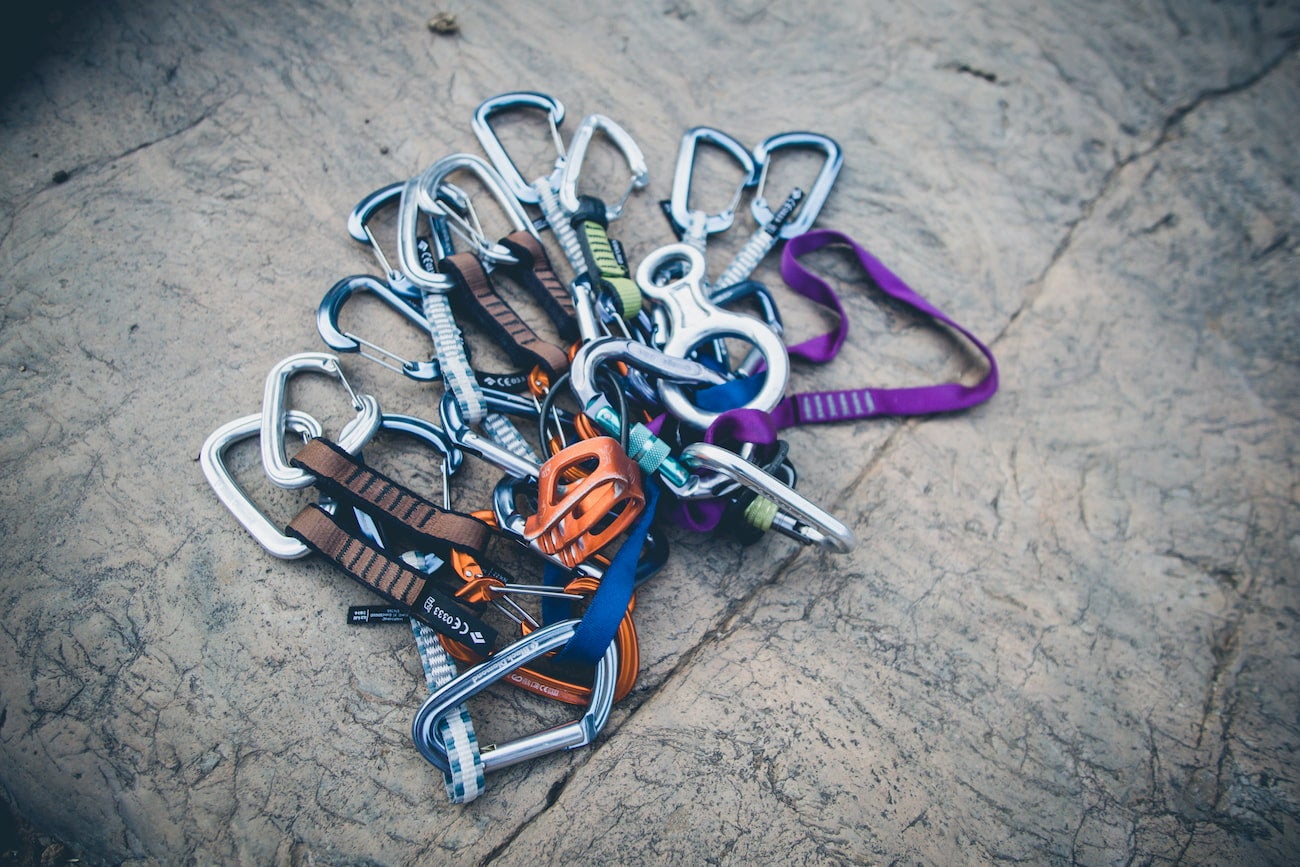 Although commonly found in everyday life, the carabiner’s true functionality is on full display during a variety of outdoor sports.

If you’ve never had the chance to use one, things can get pretty confusing. Is it for climbing? For hanging on? For attaching things? For holding your water bottle? The answer is yes, but it’s a bit more complicated than that.

Generally speaking, the carabiner is a coupling link with a safety closure, meaning it’s basically a tool that’s designed to keep you safe, consisting of a curved body with a straight or curved bar known as the gate that opens and closes.

The locking or closure mechanism on every carabiner is meant to allow for things to be attached to it without the fear of them coming off. Unlike a traditional coupling link, which has no closure point, carabiners offer easy clipping ability and a secure waypoint for whoever might need one.

That said, there are a few different kinds of carabiners, each of which has a slightly different use. 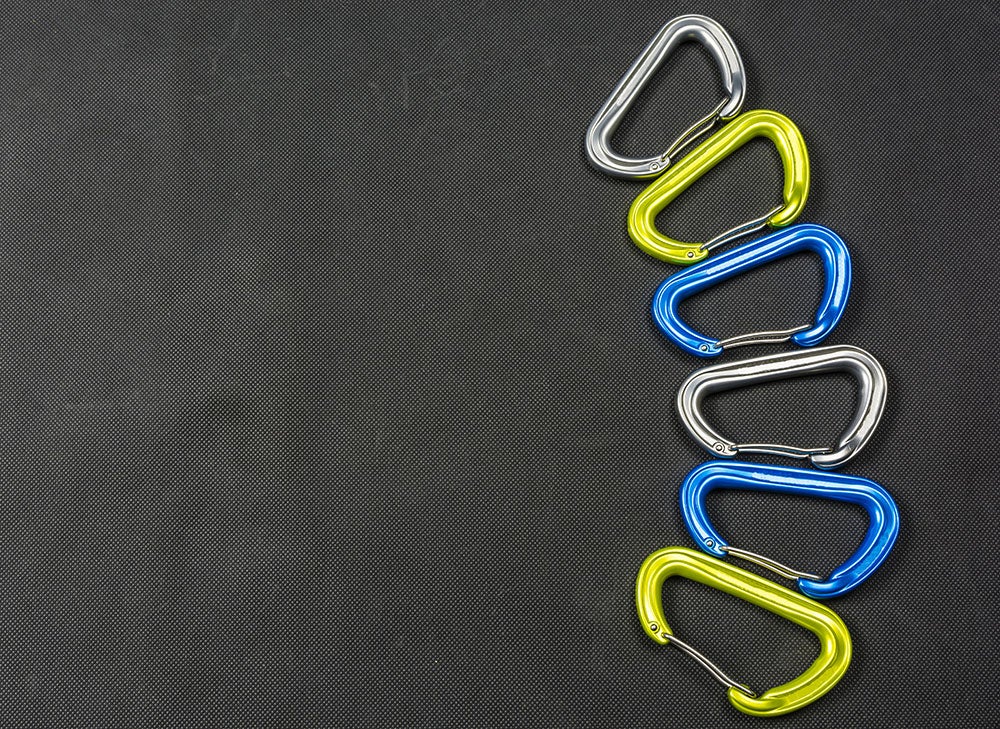 These carabiners are meant to be convenient devices for keychains, water bottles and minor household uses. They can be great for car campers in a pinch who need to hook a rain tarp to their shelter or for tenters needing a way to carry all of their gear, but they’re not ideal for holding much more than your supplies.

These types of carabiners have what’s called an open-lock safety closure, meaning all you have to do is press on the straight edge of the carabiner to get it to open. While safe in terms of keeping a tarp secure, they aren’t safe enough to hold your body weight. They should never be used during activities such as climbing, where your gear plays a large role in determining the level of safety you experience on the wall.

That said, keychain carabiners can be a fun way to carry the outdoors with you wherever you go, and they can be used in a variety of low-stakes situations to make things easier. 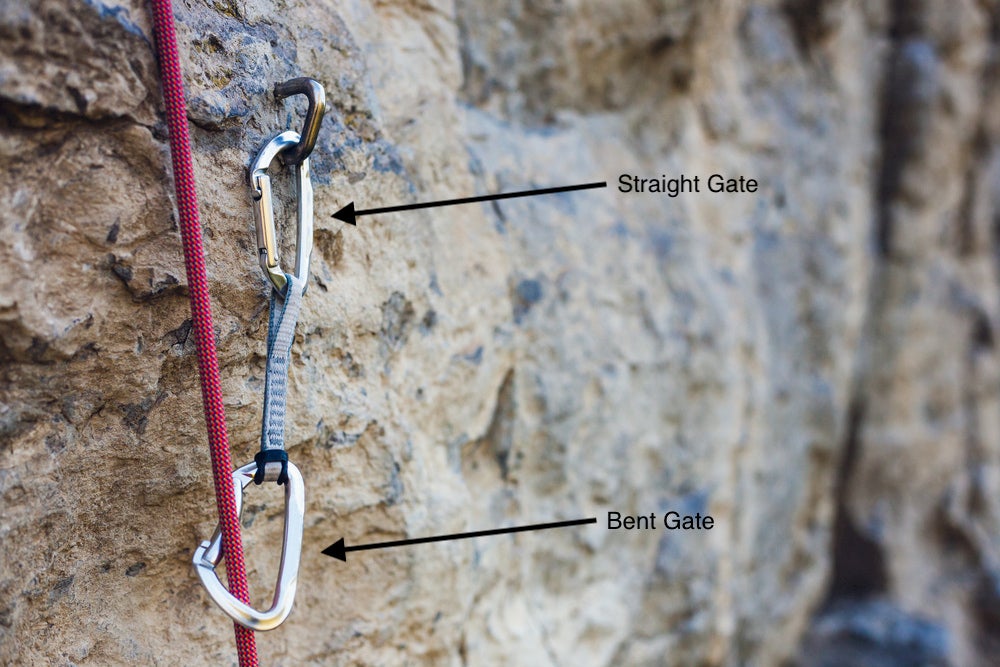 A “straight gate” carabiner is a style of carabiner that can be opened with pressure alone. Straight gaters are known for being easy to latch and operate on the go. Heavier duty versions of this carabiner can be used for climbing, particularly for hooking into a bolt, where the chances of accidental release of the locking gate are slim.

Straight gate carabiners are also found in sports like backpacking or kayaking, where the carabiner is relied upon for simpler duties, like hooking into a dock line or attaching a sled or tool to your pack. The straight gate style of carabiner can be seen as a semi-happy medium between the heavy duty twin gate carabiners and the wire carabiners that frequent keychains and outdoor shows.

Like a straight gate carabiner, bent gates are exactly what they sound like: carabiners with a gate that’s slightly curved. While not as frequently seen in the outdoors, these carabiners are primarily used by climbers, as the bent gate carabiners receive rope much more easily than the straight gates. The curve in the gate allows for extremely quick hook-ins, which can be vital as climbers make their way up the wall.

A relatively recent invention, the twin gate carabiner is an interesting medium between locking carabiners and straight gaters with no lock. These carabiners have two gates that open on opposite ends, creating a sort of lock that requires special pressure to open. While not widely used, they are effective in situations that call for a bit of extra safety; some climbers or outdoor enthusiasts actually prefer them to traditional straight or bent gate carabiners. 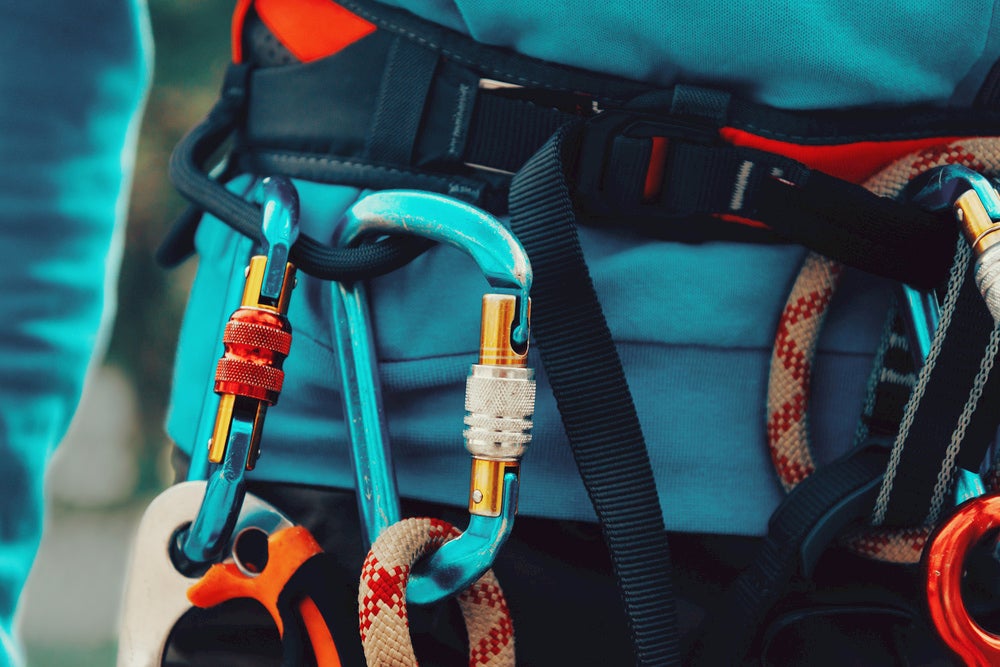 While not necessarily a “type” in itself, the locking carabiner is the carabiner most widely used in outdoor sports, climbing in particular. These carabiners have a gate that’s reinforced by a locking mechanism, which secures the carabiner in its closed position and ensures absolute safety.

Since it requires a double motion to open, these carabiners are ideal for setting up climbing gear and securing kayaks or boats to way-points without the fear of an accidental release. That said, for quick transfer mid-climb, these carabiners are not as quick to open as a straight or bent gate with no lock.

Screw lock: In screw lock carabiners, a metal cylinder must be screwed up to cover the nose once it’s in place or down to allow the carabiner to open.

Twist lock: These auto-locking carabiners have a spring-loaded cylinder that allows the carabiner to open when it is twisted into a certain position. As soon as the carabiner closes, the cylinder springs back into position to lock the carabiner into place.

Magnetic lock: The least commonly used of the locking carabiners, these have magnets on each side of the nose to keep the carabiner locked when it’s closed. It can only be opened when pressed on both sides, which releases the magnets from the gate.

What Else Can a It Be Used For? 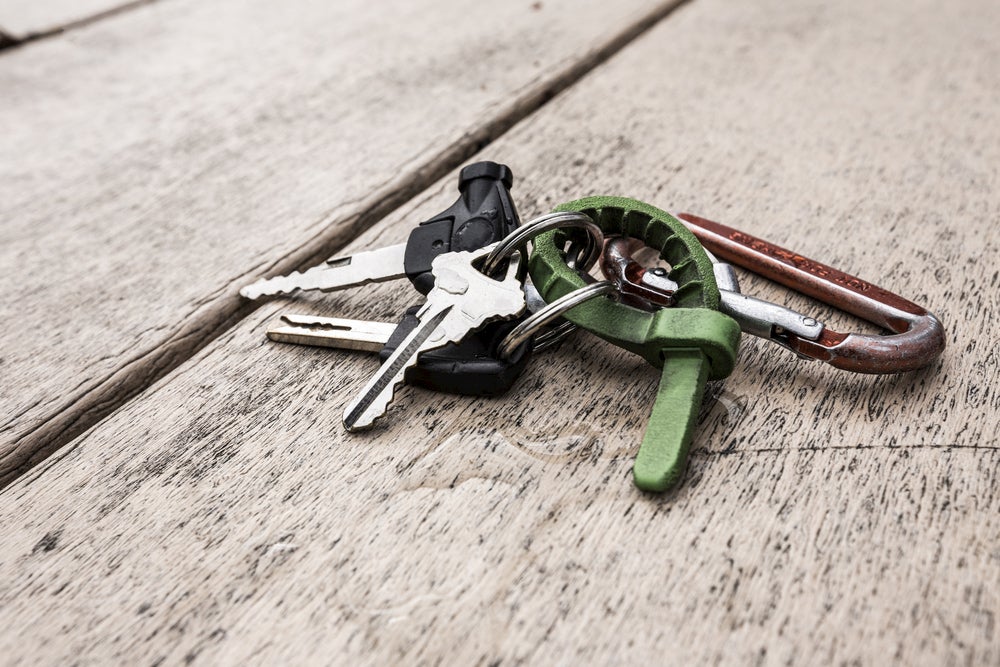 While carabiners are primarily used for climbing, they can be utilized for a variety of things both outdoors and around the house:

While carabiners continue to improve, it’s worth noting that all carabiners approved for climbing will be certified with a CE or UIAA icon. These labels will either be printed onto the carabiner or forged. Some carabiners will have both CE and UIAA on them, while some will just have one or the other. The presence of either one on your carabiners means that they are strong enough to withstand 20 kilonewtons (kN), far above the average force exerted on a carabiner during a fall (5kN).

This article was brought to you by Outdoor Element 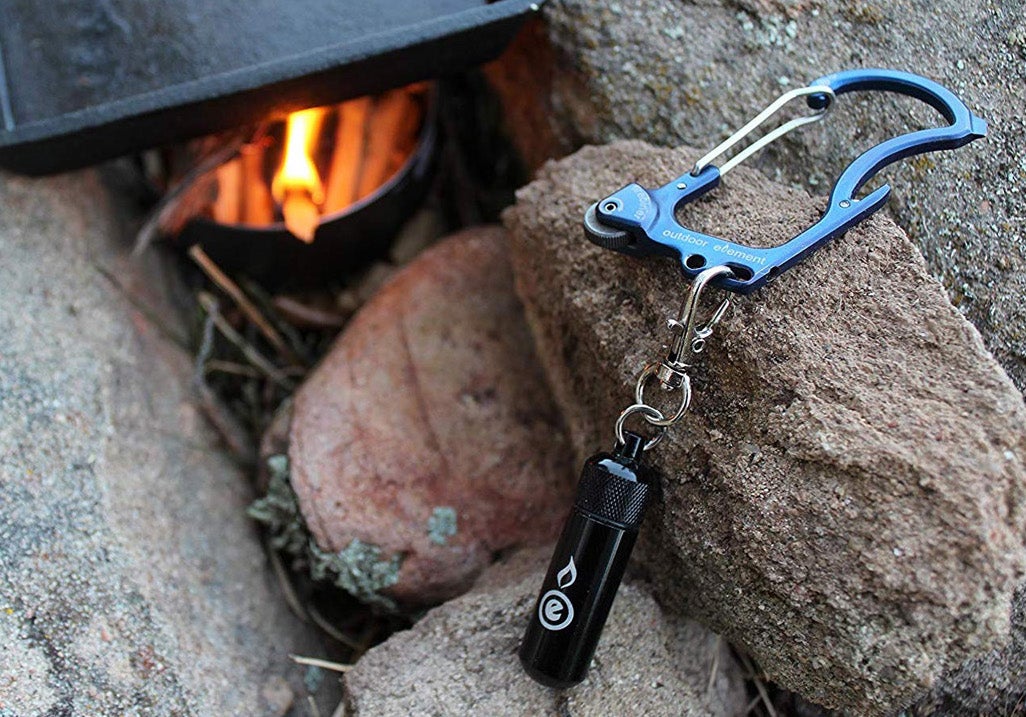 Outdoor Element’s Firebiner is a multi-use carabiner with the ability to start a fire, cut fishing line, open a bottle and more! Pick up your firebiner today! 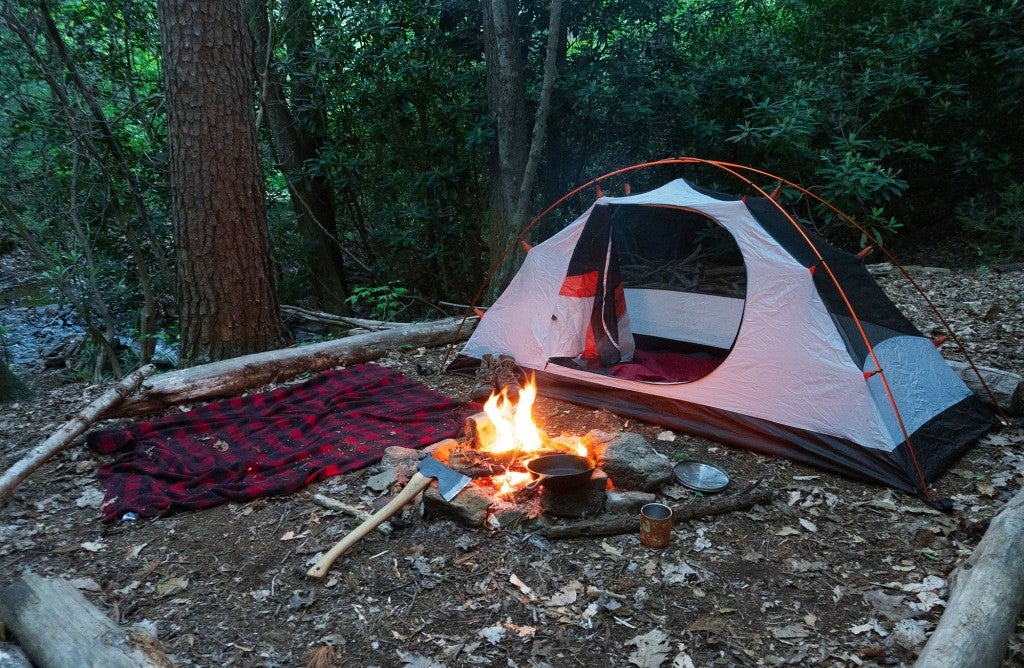 Your Complete Guide to Free Camping Across the Country

This article is brought to you by Banner & Oak, a company with deep expertise in headwear. Their trucker hats are the perfect addition to explore free… 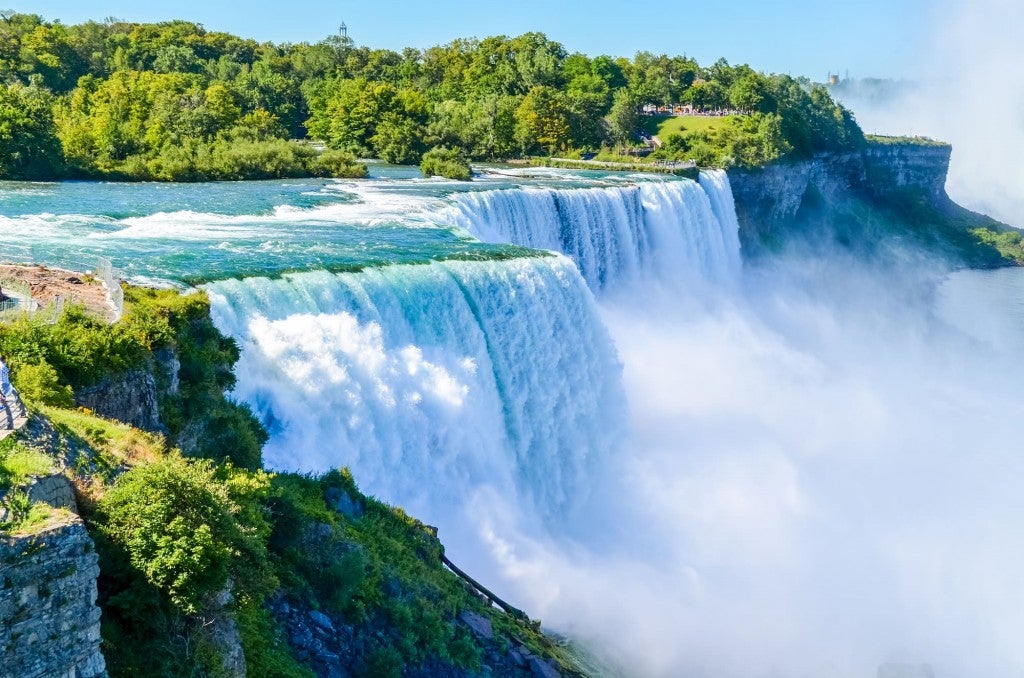 Pack Your Poncho for These 8 Niagara Falls Camping Spots

This article on is brought to you by Red Ledge makers of the best camping poncho.  This lightweight, durable, and packable poncho is a near-perfect item…