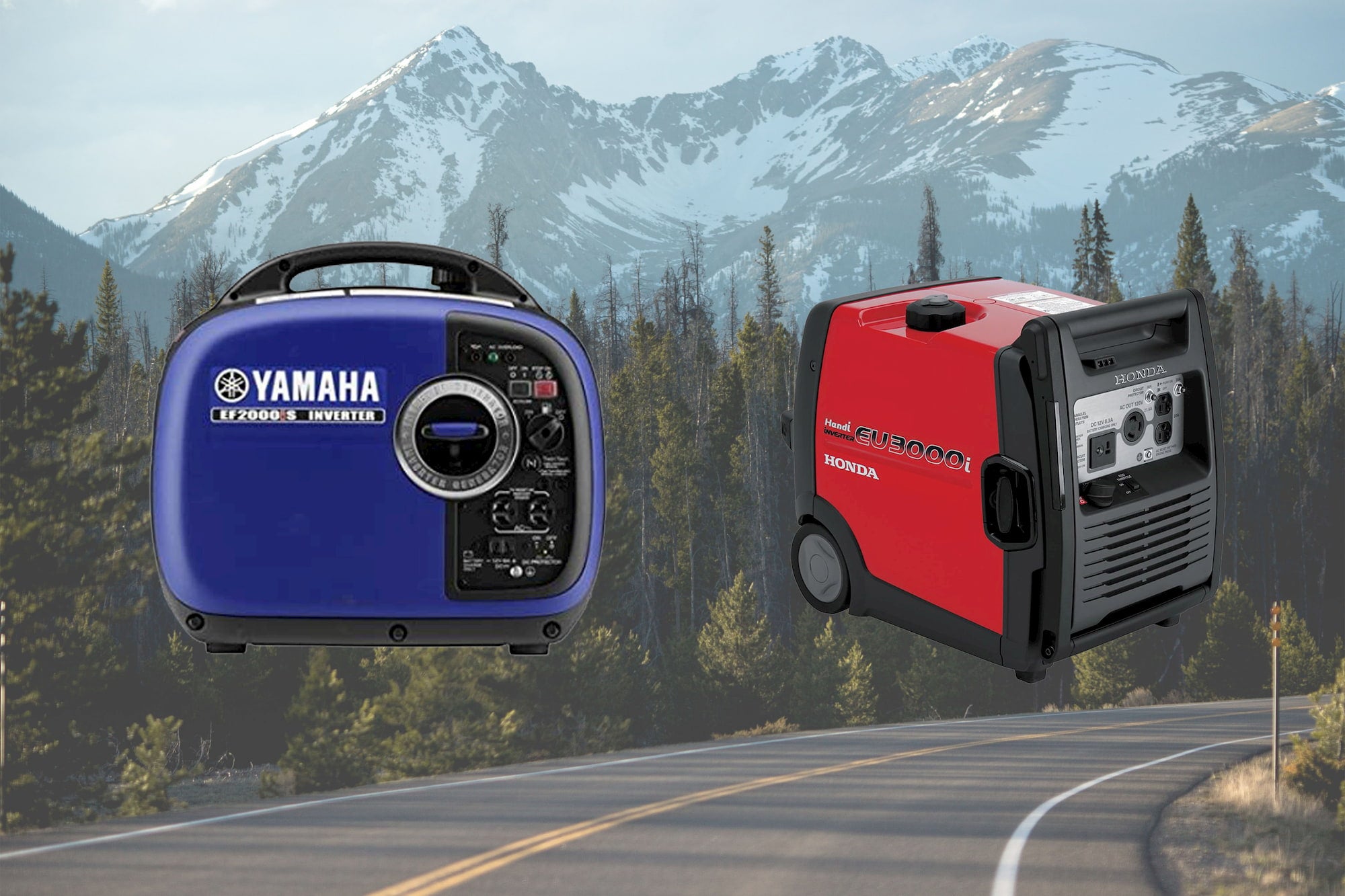 While many RV campers rely on campsites with power hookups, others may travel to dry camping areas and need an alternate source of power. For those that prefer to venture well off the beaten path in their RVs, small generators can supply enough power to handle your bevy of RV amenities. Plus, they can also provide power for a jump-start in case your RV battery dies.

However, not all small generators are the same, and not all of them will fit your needs. That is why it’s essential to understand what kind of generator you’ll need, the ways you’ll typically use it, and how much total power it’s able to provide. Adding a reliable generator to your RV is a relatively easy way to upgrade your rig, and improve its versatility and functionality.

When purchasing a small generator, the first thing you want to know is what kind you’ll need. While larger generators may provide more power, they are not the most practical for RVs—thanks to their large size, high running power, and loud operation noise.

In some cases, large generators may even damage some of your electronic devices due to frequency fluctuations. Inverters address many of these problems, allowing you to run personal electronics such as phones, laptops, and Wi-Fi devices.

Inverters can also run in economy mode, allowing the generator to provide only as much current that is needed to power whatever is being plugged in. That way, when you are running just a laptop or charging a cell phone, the generator runs at a low speed.

Economy mode should only be used with low loads. Used efficiently, one gallon can last more than six hours. Another advantage of inverters is that even at max speed, they don’t produce much noise.

The only drawback to using inverters is that due to their smaller size and portability, they can only produce so much power. For some people, 2000 or even 3000 watts may not be enough startup power for some appliances. However, two of the same generator can be wired together in parallel to provide a higher surge watt rating, allowing you to power large items or even jump-start vehicles.

Here are some of the best small generators for RV boondockers, including models of different sizes. 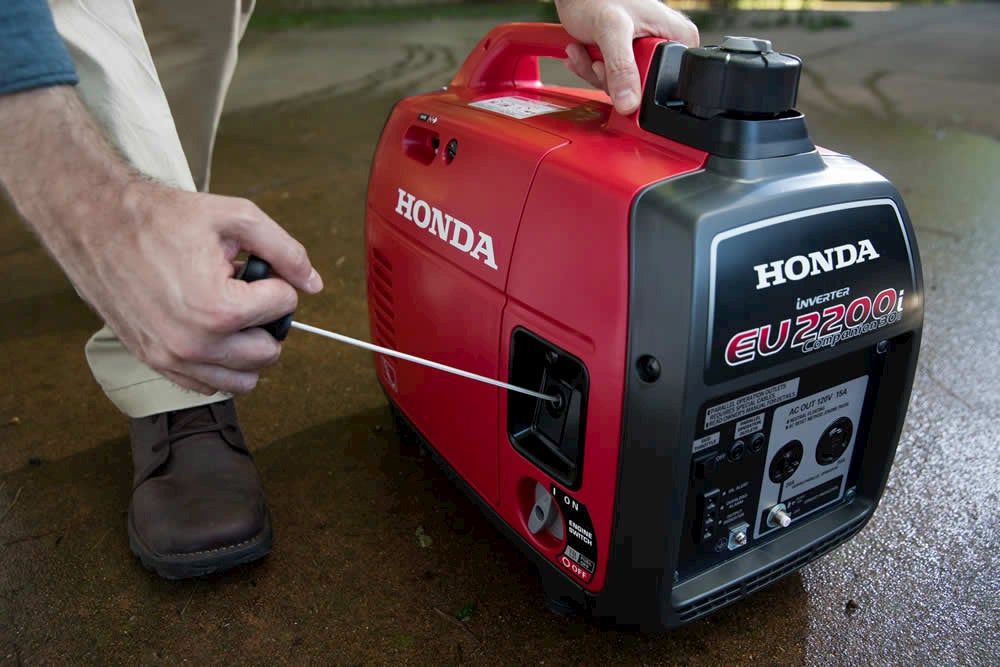 These small generators are great for basic power needs. With 2000-watts you will probably be able to run a freezer, an electric stove or microwave, and a few lights simultaneously. In general, they have enough power to run most electronics and appliances. However, they may fail if you’re running more than two or three appliances at the same time—especially if they require a higher starting wattage.

This is one of the most popular small generators among RV owners. One of the smallest and quietest generators available, the Yamaha EF2000iSV2 weighs only 44 pounds. At that size, it’s a great & convenient companion for an off-grid camping trip. It features ‘Smart Throttle’ technology, which improves gas consumption and keeps it running quietly.

This generator has a starting power of 2000 watts and a running power of 1600 watts. It also includes an overload breaker to assure that you don’t damage any of your electronics or the generator. In addition, two of these Yamaha generators can be daisy-chained together to produce enough power to run 30A appliances. It also features a 12V DC outlet.

This is another excellent generator that has similar features, but delivers a little more power. This makes it a good option for those that need the extra startup wattage for tools or other high-power items. It’s also compact and lightweight, making it easy to carry.

It has a starting power of 2200 watts and a running power of 1800 watts, equivalent to a household circuit. It is very fuel-efficient and also features the ability to connect together for a max wattage of 4400 watts. These highly reliable generators are a little pricier and backed by a 3-year warranty.

If cost is a determining factor, the Champion Model #73536i is a more affordable option, while still maintaining quality. The WEN 56200i is also a good consideration, as it uses the same engine as the Yamaha EF2000is, but is almost half the price. This is especially beneficial since it allows you to daisy-chain the Yamaha and WEN together. 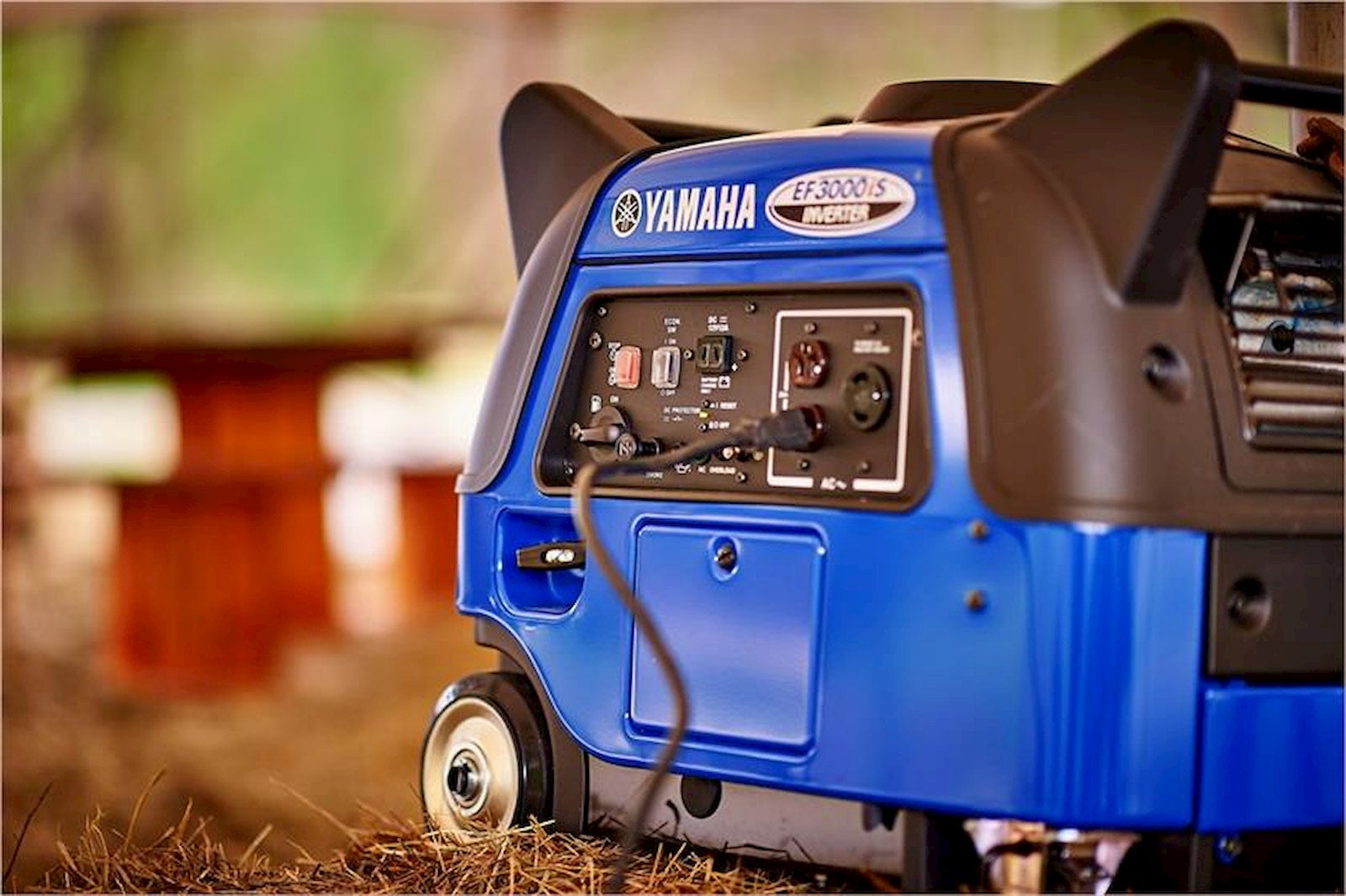 Three-thousand-watt generators are recommended for those with higher power needs or tools/equipment that require high startup wattage. They are a lot heavier, so consider if you really need one.

The bigger brother of the Honda EU2200i, this small generator is a great source of power for RVs that have AC units, fridges, and a microwave to run. This Honda generator has the added wattage to support all of your onboard electronics. It features an electric starter, and has a recoil starter in case of electric failure. It also has the capability of linking up to another of its kind for double the power. It can also be used for jump-starting a car, thanks to its dedicated 12V, 12A DC output.

This generator weighs 131 pounds, produces 3000 watts at startup, and 2800 watts while running. It does not come with wheels, but they can be added. Honda also makes the Honda EU3000i Handi, which is a smaller, more portable wheeled version that puts out a little less power.

Like the 2000-watt model, this Yamaha boasts extra-low operation noise, due to its patented Noise-Block technology. It weighs 136 pounds and comes with wheels for easy transport. It has a starting power of 3000 watts, and a running power of 2800 watts.

It can also be connected to another unit, for a total of 6000 watts of starting power and 5600 watts of running power. This model does not feature an electric start and must be started by recoil.

If you are looking for added convenience, the Briggs & Stratton 30545 P3000 PowerSmart Series is lighter at 85 pounds and features a USB port for personal electronics. However, it delivers slightly less power, producing 3000 watts at startup and 2600 watts during normal operation.

For a great portable generator that delivers more power, consider the Firman W03081. It weighs 97 pounds, has wheels, delivers 3300 watts at startup, and runs at 3000 watts.

When planning to go off the grid in your RV, reliable small generators are essential to comfortable living. While different RV owners will inevitably have different power needs, an inverter-style generator is always recommended. These inverter generators produce a steady power source that won’t damage any of your electronics.

When considering generator size, account for all the electronics and appliances you need to power, how many you’ll need to power at the same time, and the startup power needed for your largest appliances. Decide if weight or space will be an issue for you, both to carry, as well as to transport. In addition, consider picking one that can be daisy-chained to another generator, so that you can always double your power on the fly, if you need to.

When Bart's not writing about the outdoors, he loves to get out there himself, whether that's angling on a river, or sitting around a campfire with his family. 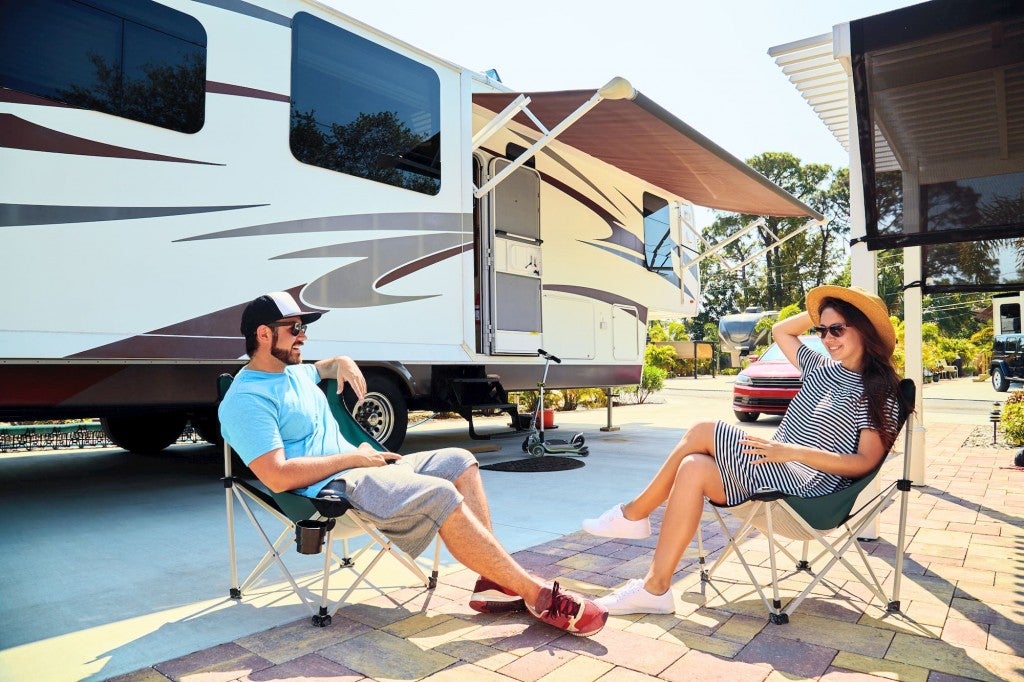 This article is brought to you by Midland. Be sure to buy an RV radio to keep connected anywhere you breakdown. If you love heading… 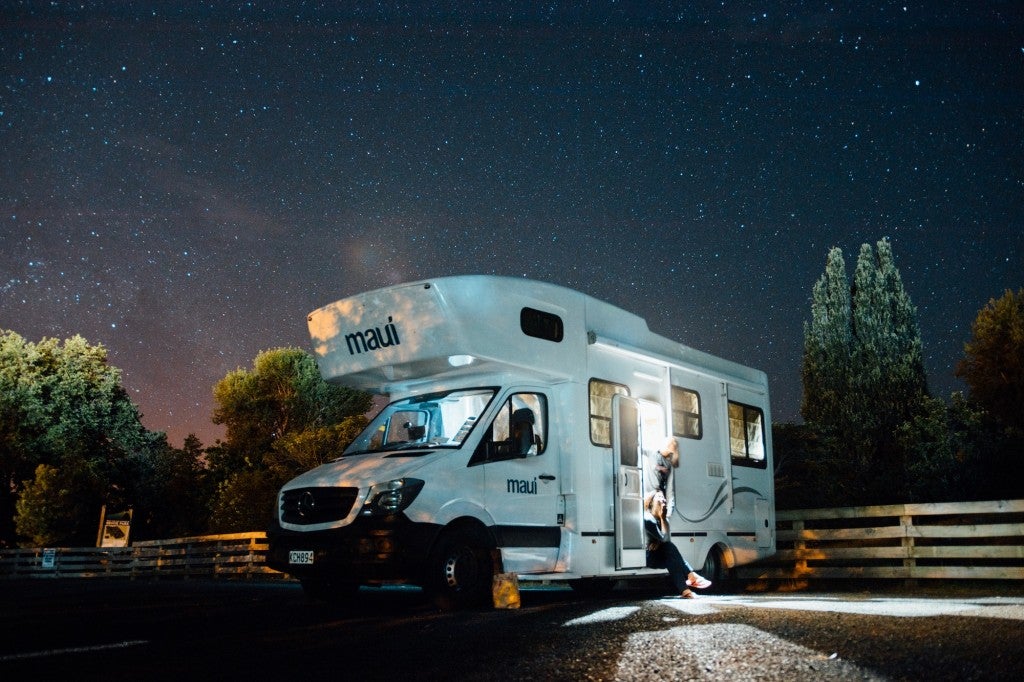 Updated May 18th, 2020. All Alerts for Specific Federal Campsites (BLM, NPS, USFS) This article contains 2,030 active alerts for all campgrounds in the Recreation.gov…