5 People Who Are Redefining Adventure with Offbeat Outdoor Pursuits 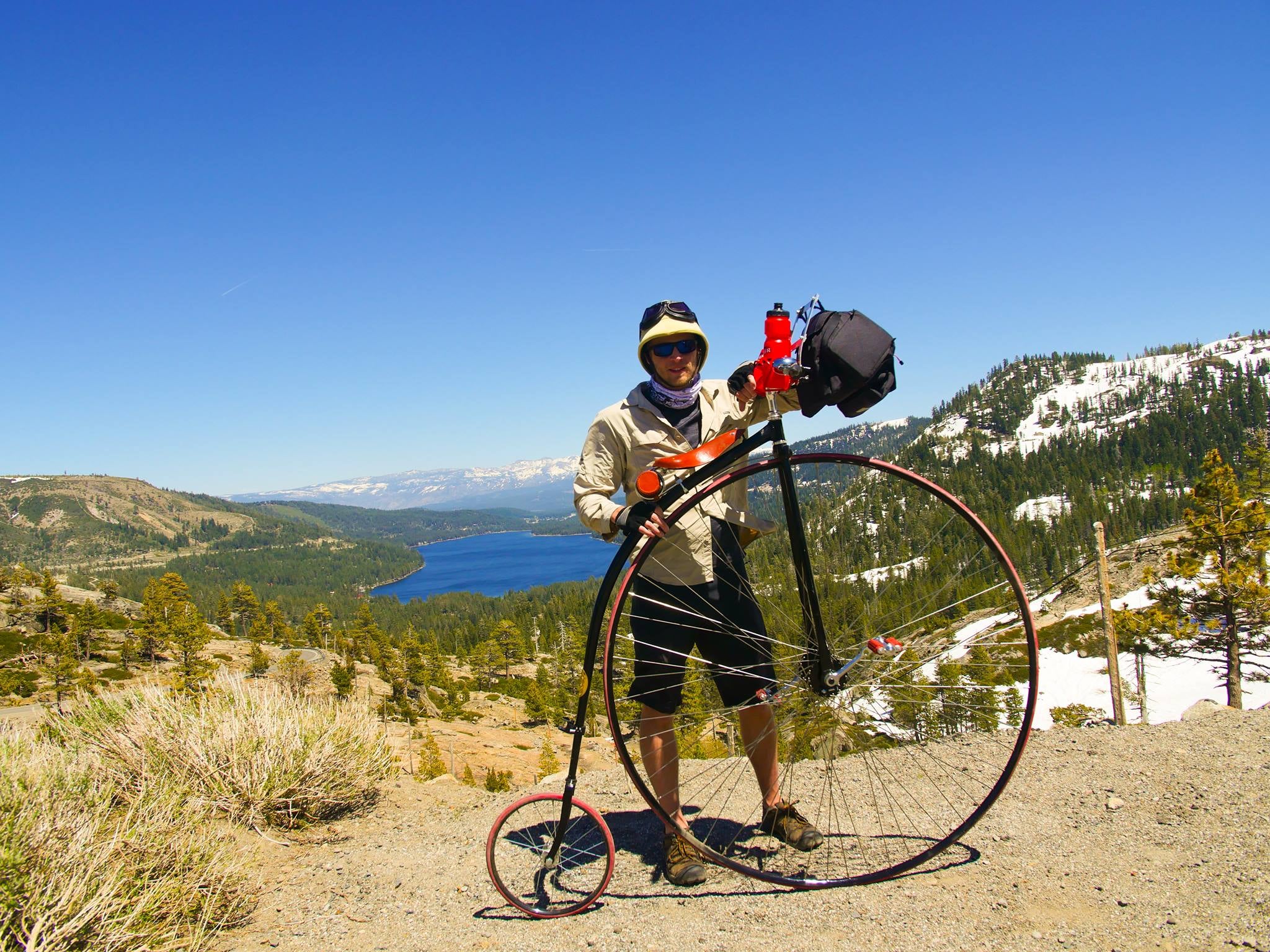 This article is brought to you by our friends at Gregory Packs. All kinds of outdoor adventurers rely on their packs for hiking, biking, camping, and even more creative and inspiring adventures, like the ones you’ll find below.

Heading outside can be a transformative experience — one that has kept humans returning to the wilderness over and over again. Once you immerse yourself in the many possibilities of spending time outside, you might find yourself always looking for that next adventure, a new thrill, or a fresh way to experience wild places. What started as a daily jogging habit might lead to desert ultra runs and childhood swimming lessons could one day contribute to a goal like swimming the English Channel.

Or you might find yourself going another route— chasing not the extreme, but the offbeat. One thing the outdoors always asks us is how we might see the world differently and step outside ourselves to appreciate the vastness of nature, its simultaneous complexity and simplicity. How can we balance the demands of the modern world with our primal instincts? And how can we get a sense of what past explorers saw, heard, smelt, and felt on their legendary adventures when so much time has passed and so much around us has changed?

While not everyone aspires to do something whacky or risky in the outdoors, everyone can appreciate the creativity and grit of those who do.

Get Unusual Inspiration for Your Next Adventure

These 5 trailblazers were motivated by curiosity and whimsy to approach outdoor adventures a little differently. 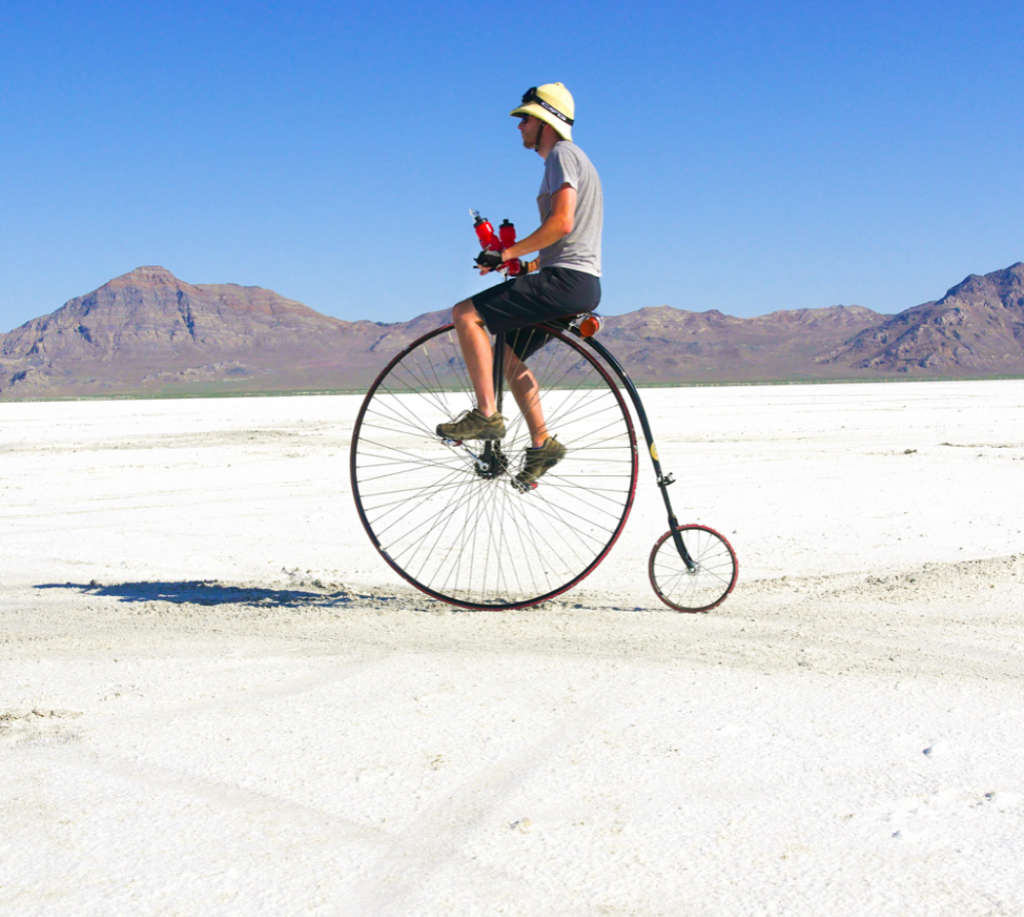 Julian Redman might have seemed a little nuts when he decided to recreate Thomas Stevens’ 3,333-mile trek from San Francisco to Boston for his next adventure. He read Stevens’ book in college and thought it would be a kind of fun challenge to tackle himself. That’s why the website (now defunct) and Instagram (still kicking) where he charted his progress are titled Off Your Rocker.

There was a deeper current to Redman’s plan, though, beyond the spectacle of cruising from California to Massachusetts on a big-wheel penny farthing bicycle. Redman, who holds a degree in history, was curious to see firsthand how the world had changed between 1884, when Stevens first completed his cross-country ride.

Some challenges were the same— how do you get up and down the Sierra Nevadas without gears, or brakes? Other challenges were all modern. Whereas his predecessor was able to essentially follow the Transcontinental Railroad, Redman found himself trying to compete with high-speed traffic. Frontier towns where Stevens had been able to stop for shelter and food no longer exist, forcing Redman to get creative along the way. The world may have changed since Redman’s hero set out, but the vast majesty of the American west and the variety of landscape across the country are still there to be experienced. Redman picked a particularly challenging way to do so.

My quest to #hike 1,000 miles on #Arizona trails in 2018 is at the halfway point. I’m at 502. A trail is more than just a slender path, it is a portal to a better me. I follow the trail to become healthier, happier and more carefree. If you need me, you know where to find me. pic.twitter.com/igDFvXUZ2v

This isn’t the first time Roger Naylor has resolved to hike 1,000 miles just within the state of Arizona. This is something he decides to do every few years because, as he puts it, “ I didn’t move to Arizona to sit indoors.” According to his website, the veteran travel writer usually clocks about 600-800 miles a year in his hiking boots. This year, however, he’s hit that mileage and it’s not even summer.

As of May 14th, Naylor has hiked 502 miles in the Arizona desert, recording his observations on Twitter and for the Arizona Republic. “A trail is more than just a slender path,” he tweeted. “It is a portal to a better me. I follow the trail to become healthier, happier and more carefree. If you need me, you know where to find me.”

What makes Naylor’s resolution especially inspiring isn’t it’s audacity, but its simplicity. He’s been in deep love with the Southwest for decades, and continues to find new corners and see familiar places in a new light. Whether you choose to follow in Naylor’s footsteps in the Arizona desert or take a similar approach to exploring your own favorite state, Naylor reminds us just how rich our own backyards can be.

What do you do when you’ve already achieved the Triple Crown (aka, hiking the Appalachian Trail, Pacific Crest Trail, and Continental Divide Trail) but you’re still craving gnarly thru hikes? You start thru-hiking urban areas. Instead of simply day hiking in city limits, Liz Thomas has developed a way of treating urban areas and their attendant green spaces and historic attractions the way you might treat a rural trail that connects geologic features and places of significant interest.

Urban thru-hiking gives explorers a new perspective on place. It’s like the outdoorsy version of a school of philosophical urbanism that emerged in the early 20th century, called Situationism. Situationists advocated for long, purposefully aimless walks called derives that were intended to remove walkers from their routines, divorce the act of walking from a destination, and break down barriers between parts of cities that are considered destinations (often commercial or cultural centers) and areas that are utilitarian or lower class.

“It’s a cool way to still explore,” Thomas said in an interview with Outside Magazine. “There’s a lot that’s the same as wilderness hiking: mapping, exploration, meeting new people, seeing new things.” She also notes urban thru-hiking is a great way for beginners to build their skills and confidence without getting too far from their safety net. So grab your backpack (we love these lightweight backpacks by Gregory) and head towards the horizon on your next adventure.

Funk Band is Conducting a National Tour By Bicycle

Given the recent statistics that show the uptick in tourists enjoying world travel is responsible for 8% of global greenhouse gas emissions, the Ginger Ninjas just might be doing us all a favor. A Northern California funk Americana act is touring the country not by plane or by bus, but by bicycle (and occasionally a bus powered by veggie oil).

“I don’t want to be in Chicago tonight, Boston tomorrow and Tokyo the next,” said Kipchoge Spencer, the Ginger Ninjas’ frontman told Smithsonian Magazine. “It’s too consumptive of resources. Plus, there’s a sort of egotism that I don’t care for—like, ‘The world needs to see me so much that I’ll use up the Earth’s resources just to make it happen.’”

These dudes are really committed to making their way by pedal power. They don’t even use vans to haul their gear, instead opting for bike trailers to carry all their instruments, speakers, cables, and luggage. They boondock for free much of the time, too, trading the kind of Riot House hotel stays usually associated with touring bands into one long camping trip.

The Ginger Ninjas aren’t alone, either. If you want to see other bands using the bike method, or get in on the action yourself, check out the Bicycle Music Festival on June 23rd in San Francisco. 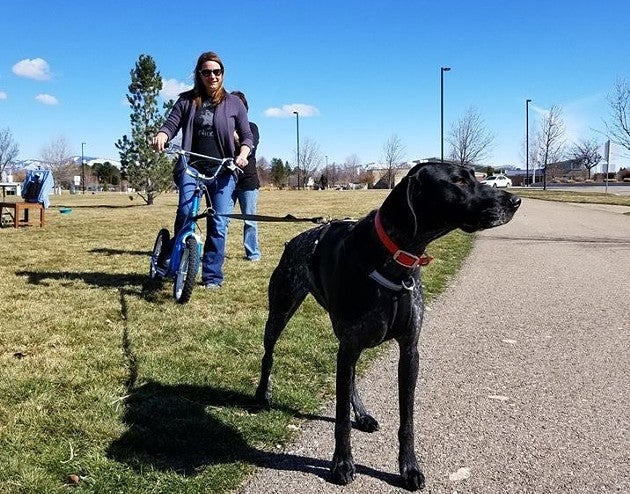 When you think sled dog racing, you probably picture blankets of snow over the Arctic tundra and Alaskan huskies. You probably aren’t picturing mutts gleefully pulling their humans on bikes, skateboards, and scooters down suburban pavement and urban trails. That’s exactly what Mia Gussie is bringing about though, with her organization Dryland Dogs.

The goal of Dryland Dogs is to give dogs, both those bred for sled-dog racing and other types, a chance to try pulling lightweight wheeled vehicles as a way to work off excess energy, bond with their people, and have a fun job to do. Gussie’s take on mushing is descended from skijoring and other forms of arctic mushing that keep canine athletes fit during the summer months or when there isn’t much snow.

The mental stimulation of learning to follow commands to turn right or left and navigate terrain combined with the physical work of running and pulling is exhilarating for many dogs, especially those descended from working breeds. It can also be a lot of fun for humans, giving them an activity to share with their pups that’s a little more rigorous for everyone involved than commands like “sit” or “stay” and games like fetch.

You can win free gear for your next adventure from Gregory and 20 other outdoor brands by reviewing campgrounds on The Dyrt. Share past camping experiences, photos, and videos to earn points towards monthly prizes in The 2018 Great Camping Giveaway!

Hiking and backpacking can do a number on our feet. Even our most trusted hiking boots can leave blisters if we’re really cranking out the… 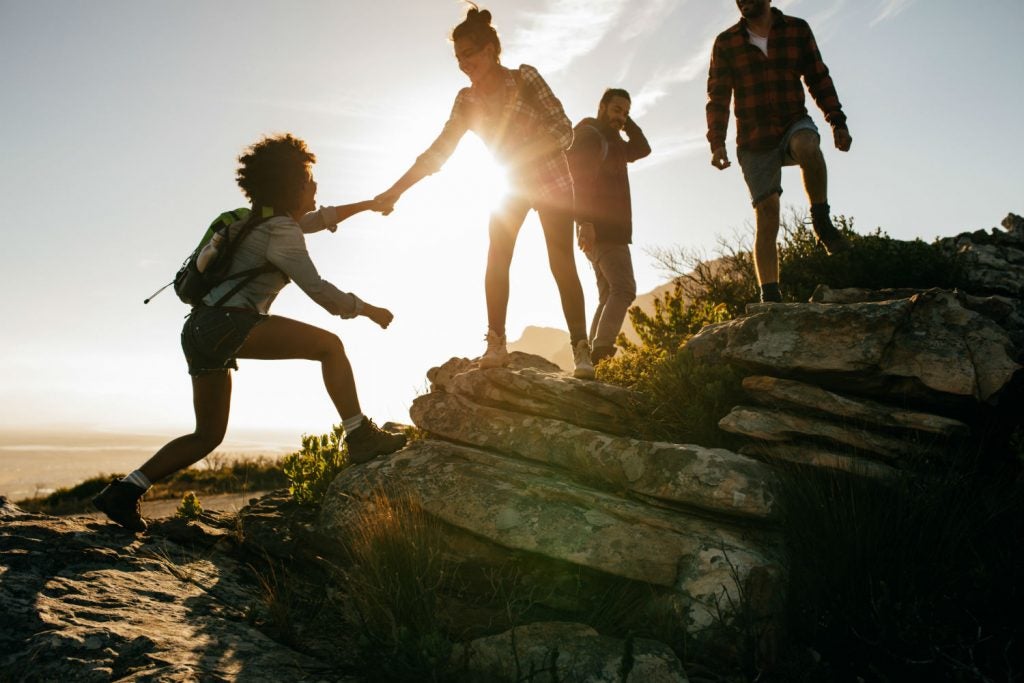 Set the Alarm for These 7 Sunrise Hikes Across the Country

Let’s be honest, coffee is the real MVP of early camp mornings — especially when sunrise hikes are involved. Our friends at Nature’s Coffee Kettle…