Climbers Are Lobbying in D.C. This Week: Here’s What You Need to Know 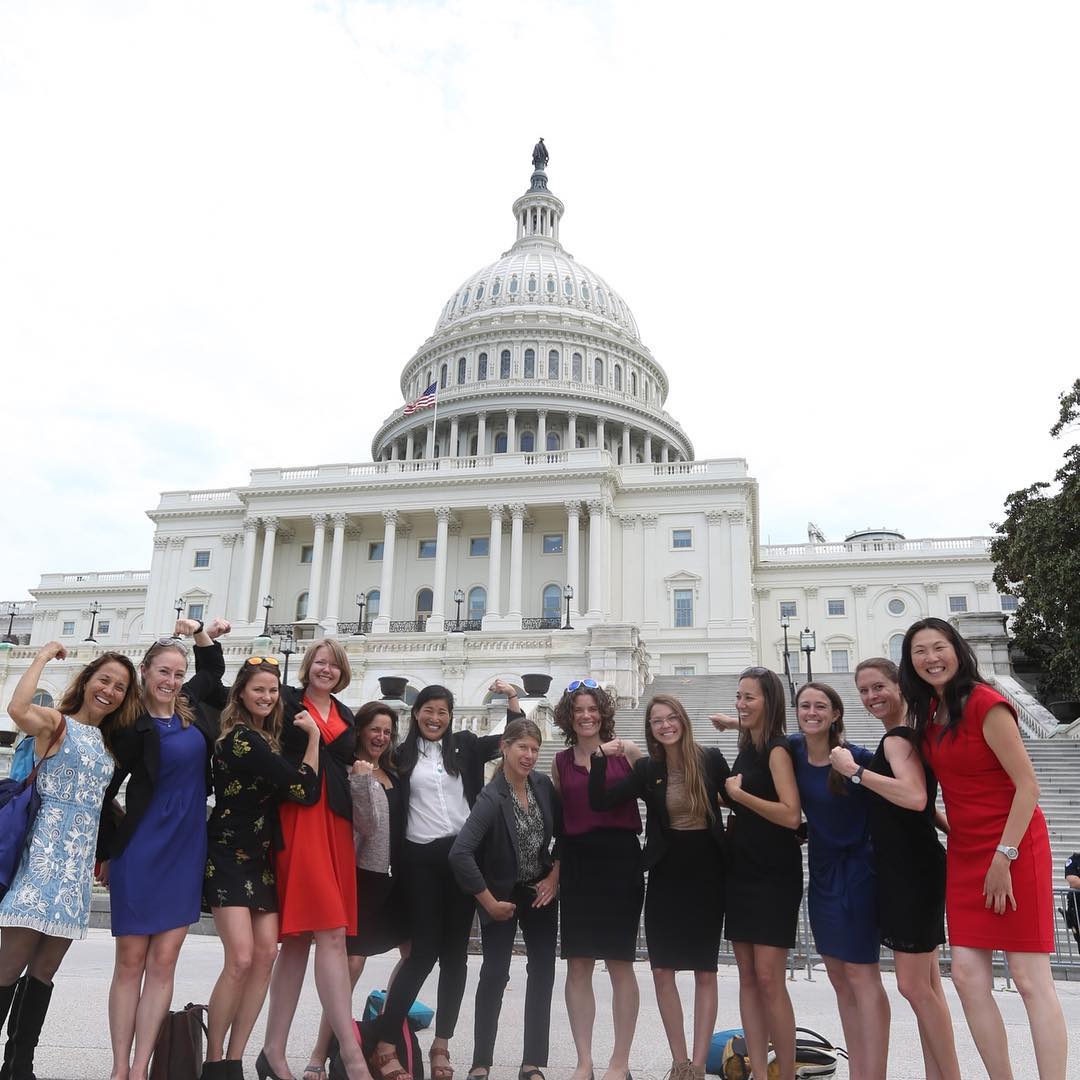 Professional rock climbers, non-profits, and major outdoor brands are coming together this week to advocate on Capitol Hill for the third annual Climb The Hill event. Their mission? To represent a special interest group on issues that not only affect local climbing areas, but also hiking trails, government run campgrounds (like those located in National Parks or on Forest Service land), and fishing areas across America.

Organized by the American Alpine Club and the Access Fund, this year’s Climb the Hill advocates will speak to lawmakers and representatives about four major issues: The Recreation Not Red Tape Act (HR 3400), the Land and Water Conservation Fund, the Antiquities Act, and Balanced Energy Development.

If the thought of lobbying for policies on Capitol Hill sounds intimidating, you’re not alone.

However, climbers like Sasha DiGiulian, Margo Hayes, Jimmy Chin, and Alex Honnold are doing it. As are executives from Adidas, The North Face, REI, and Patagonia. And non-profits like Brown Girls Climb, Latino Outdoors, Brothers of Climbing, American Mountain Guide Association, and Outdoor Industry Association. (And you can, too.)

These organizations, brands, and individuals are showing us a new generation of athlete activism.

“I believe the modern professional mountain athlete has a duty that goes beyond excelling in sport: to speak up and take a stand on issues that matter and use their influence to make the world a better place,” writes professional skier Caroline Gleich on Instagram (@carolinegleich).

This sentiment echoes across the steps of Capitol Hill as outdoor enthusiasts recognize their role in shaping legislation for all who use public land. “Advocating for the places we climb also means advocating for ourselves, for our family, our children, our grandparents, neighbors and our friends,” writes Brown Girls Climb on the Access Fund Instagram account. Their organization emphasizes that our unique connection to our climbing areas, campgrounds, and trails makes them special. No matter how different we might be.

Here’s What Climbers Are Fighting For

From May 9-11, 2018, lobbyists for Climb The Hill are focusing on four important topics.

The Recreation Not Red Tape Act first appeared in July of 2017 to the House of Representatives. With bipartisan support, HR 3400, sponsored by Congressmen Rob Bishop [R-UT] and Senator Ron Wyden [D-OR], became a secretarial order on April 18th, 2018. Now the bill goes to different agencies under the Department of the Interior, where they’ll have 90 days to outline the ways they’ll implement the new legislation.

What is the Recreation Not Red Tape Act (RNR)? In short, this act increases and improves access to recreational land. Through extending the “season,” and streamlining the permit process for obtaining guiding permits– hikers, campers, and anglers can enjoy recreation in areas that may have otherwise been closed in April or November.

Their second issue, defending the Land and Water Conservation Fund (LWCF), has seen extensive lobbying efforts since September of  2017. Each year the LWCF receives $900 million in funds allocated from offshore energy profits. In October of 2018, this grant will end. If a bipartisan agreement can’t be made to fully fund and permanently authorize the LWCF, the places close to home, where we love to play, will lose what little funding they have.

Since September, the LWCF has continued a campaign of places we stand to lose if the LWCF fails to renew. Find what areas are currently funded through the LWCF in your state.

Why is this controversial? Besides reducing recreational area boundaries and losing protections for historically and spiritually significant Native American lands, it seems the main reason for monument reduction is to increase the amount of available land for energy operations. With current regulations, no new drilling operations are allowed within National Monument boundaries, which often contain excessive stores of oil, gas, and other minerals.

Currently, the biggest threat to the Antiquities Act is H.R. 3990, The National Monument Creation and Protection Act, which sounds well-intentioned, but whose main goal is to “reform the Antiquities Act of 1906, among other purposes.” This proposed act grants presidential authority to shrink monuments by 85,000 acres or less on his own, or greater than 85,000 acres with the approval of the state legislature, state governor, and the elected governing body of the county.

Finally, they’re speaking up about Balanced Energy Development. Our public lands are used for a myriad of purposes: logging, camping, mining, skiing, and drilling. Both BLM and USFS land operate under series of land leases for these operations. The problem now, though, is the lack of balance. When President Trump spoke in June of 2017, he mentioned his goal of asserting energy dominance and to block all barriers preventing those goals from coming to fruition.

These issues are not only important to climbers like Sasha DiGiulian and Margo Hayes who lobby to protect iconic and wild places like Indian Creek, but also to everyday outdoor enthusiasts like you and me. These issues matter to the 7.6 million Americans who work in the outdoor industry, and millions of others who use public lands as their natural chapel, their playground, or their escape.

Because that’s what many Climb The Hill lobbyists want: to see our public lands protected, used well, and kept sacred for future generations. “I want places like this, Utah’s Indian Creek, to remain protected + accessible for future outdoorists to discover and fall in love with too,” writes Katie Boué on Instagram (@katieboue).

So what can you do if the steps of DC are not in your immediate future? Sign on as a LWCF supporter, stay up-to-date on access issues through the Access Fund newsletter, and check out what the Outdoor Industry Association has to say about current policy issues affecting the $886 billion outdoor industry.

And keep getting outside to responsibly embrace the land that so many people are fighting for.

The Dyrt is proud to partner with:   A post shared by Christina HB Armstrong (@mrshoneybadgerocr) on Apr 14, 2018 at 8:11pm PDT Oofos OOahh… 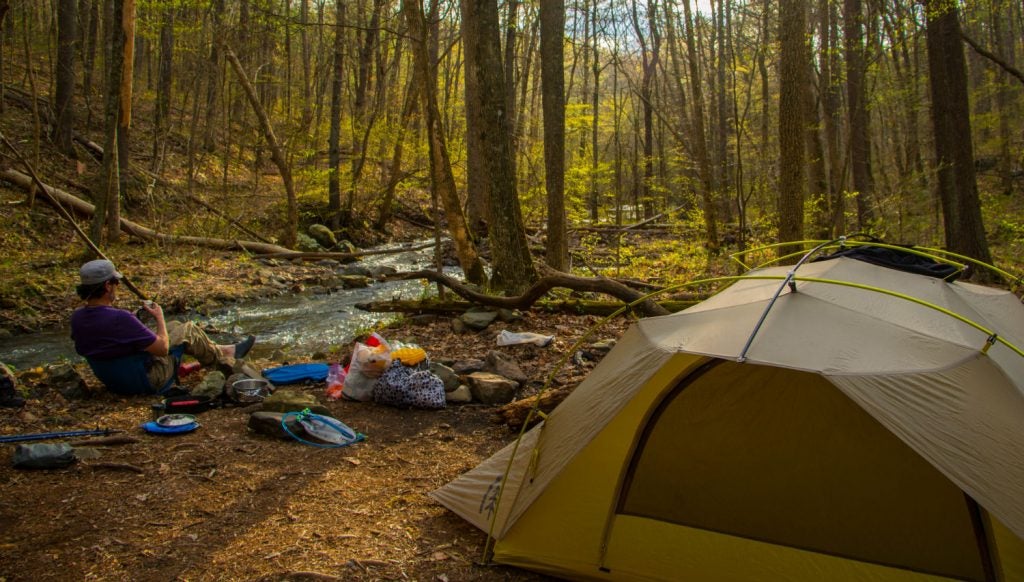 Shari and Hutch live on the road in their vintage “canned ham” trailer. They just returned from backpacking in Shenandoah National Park, and they’re here…