Employees at This Outdoor Gear Company Are Putting Kindness First 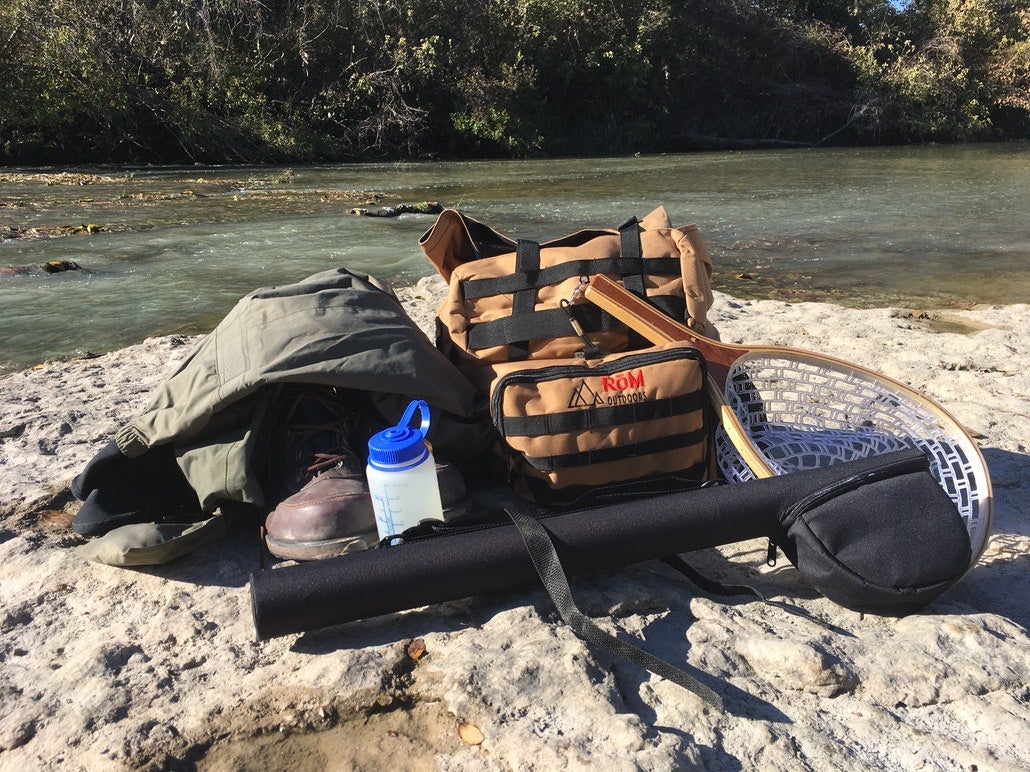 When I first spoke to Jennifer Floyd, Director of Operations at RōM Outdoors, her southern accent and calm demeanor charmed me. Instead of diving into marketing or sales or click-through rates, she told me about her daughter Sydnee, the events they volunteer at, and why she joined RōM Outdoors, “to make a difference,” she told me.

During her years in school she studied biology and met Janay Jones, founder of RōM Outdoors, during a biology class where the two were lab partners. Upon commencement they stayed in touch while Janay pursued a career in sales and pharmaceuticals and Jennifer became the Head Athletic Trainer for the University of Cumberlands Football Team–her dream job.

The Beginning of RōM Outdoors 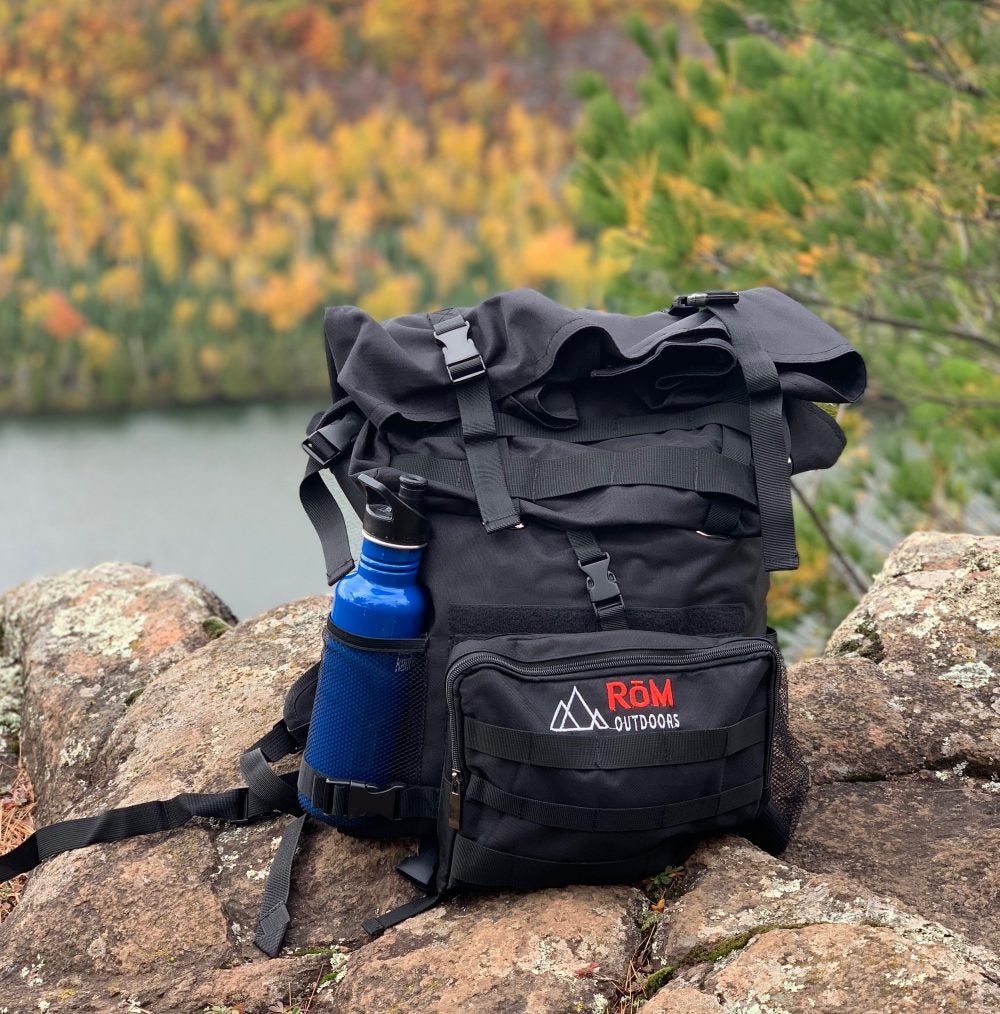 After schlepping bags to a picnic spot on the shores of Lake Michigan during a Taste of Chicago event, Janay explained, “I’m sweating profusely, I’m miserable, and the day hasn’t even started yet. How can we carry less and pack more?” His friends bet he couldn’t come up with an alternative, and Janay bet he could prove them wrong.

Born out of frustration, RōM packs aim to ease the burden on parents, hunters, sports event attendees, and the like, who have water bottles and snacks and gear to carry, and not enough pouches and pockets to carry them in.

Janay conceptualized the first RōM pack in a bar in Chicago, then turned to Jennifer, who he was able to convince to leave her job to run the company.

“Working in athletic training often required 60-70 hours of work each week,” Jennifer said. “After my husband left, and I became a single mom, those hours weren’t feasible.” So Janay reached out and asked if Jennifer would lead his company. Thinking back to their days in biology and her singular experience in the sciences, Jennifer responded with a laugh, “Do you want me to dissect your company?” 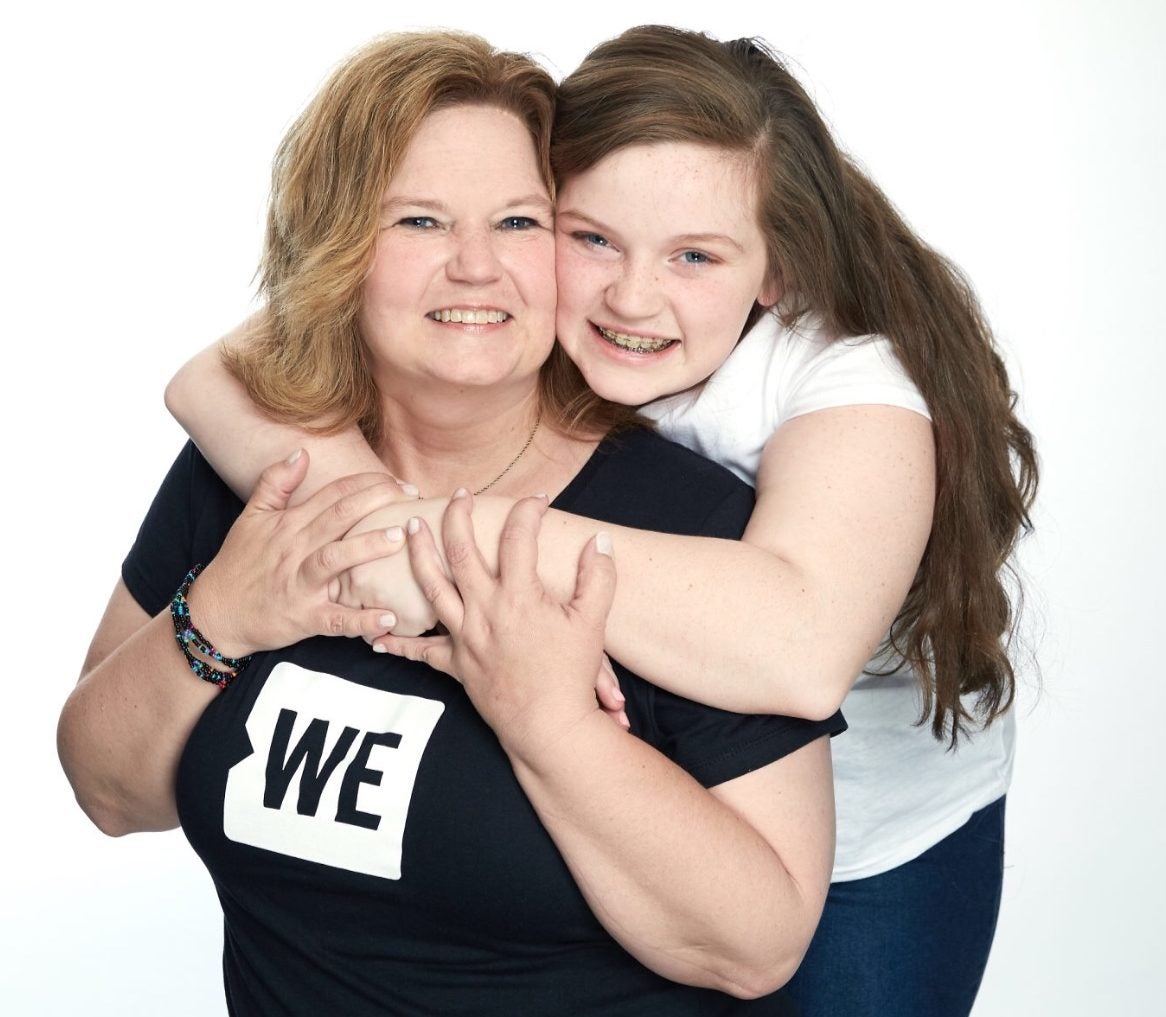 Jennifer and her daughter Sydnee

Jennifer accepted, and the two went to work developing Janay’s passion project–RōM Outdoors. While Janay continued his full-time job in the medical industry, Jennifer learned how to run a company–she processed orders, responded to emails, ran marketing, curated social media, talked to warehouses overseas, answered phone calls, and on and on.

However, with an everlasting to-do list, and a recent career shift, Jennifer remained grateful for the position, for RōM, and for the amount of time it’s given her to work with her daughter, Sydnee, on community service projects and Sydnee’s recently launched non-profit, Jumbled Dreams. Sydnee is 14 years old.

“None of this would be possible without Janay,” Jennifer emphasized.

Even as a fledgling startup, RōM has always focused on giving back. As the company continues to grow, they’re able to dedicate more time and resources to their communities. RōM continuously gives wherever there’s a need they can help, and partners with organizations giving back to their communities, like Big City Mountaineers and the St. Catherine of Siena School.

“Let’s figure out how we can help,” Jennifer said, noting how even a small act of kindness can make us feel better about ourselves and forget about the bad experiences we’ve encountered. “I’ve always been the person who doesn’t fit in quite right,” Jennifer told me. “I’ve been through the bullying, the not fitting in, the tough times, I’ve been through a divorce, I almost lost my daughter. But if I can make someone smile, it helps me forget about the bad times.”

Jennifer knew she wouldn’t be able to give Sydnee anything or everything she wanted, but she could give her a love of altruism. 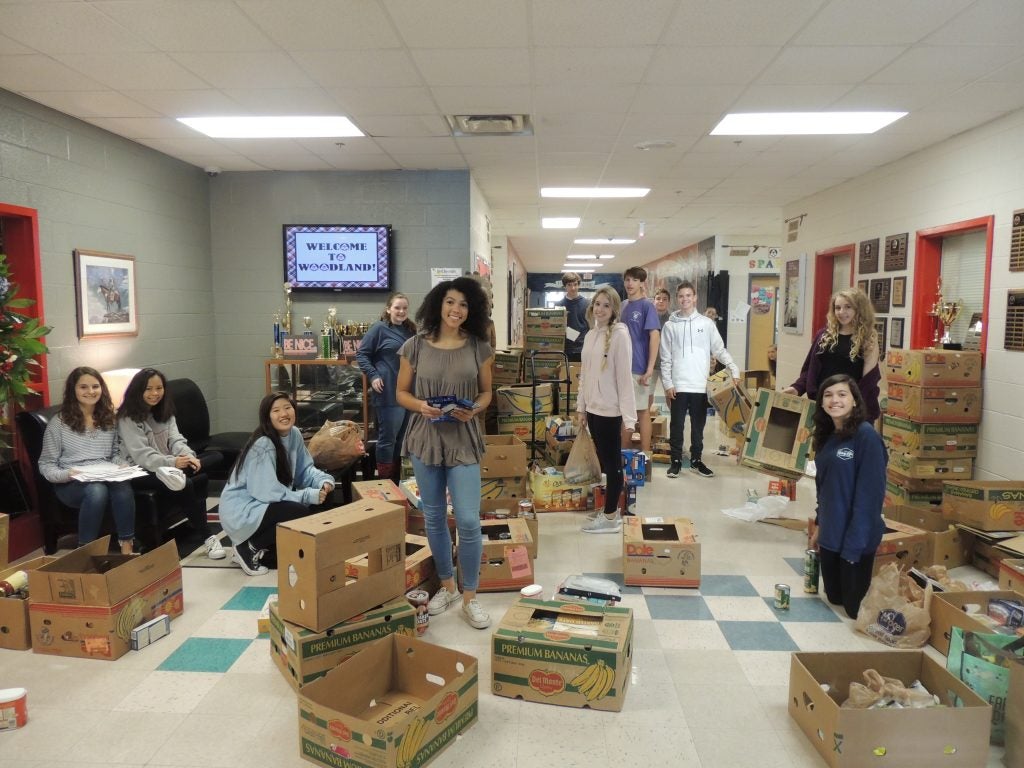 And so, through small acts, Jennifer demonstrated the love of giving to Sydnee, until giving back became the driving force in Sydnee’s life. She hosts toiletry drives and food drives. She would tell her mom that she didn’t like her clothes so she could give them to her friends in need. She saved leftovers from lunch to give to her friends who didn’t have enough to eat.

These instances of altruism eventually turned into Jumbled Dreams, Sydnee’s non-profit that encompasses how much work there is to do in the world, and to celebrate all those who are giving their time and money to make the world a better place. “You shouldn’t help just one person in one area,” Jennifer told me, “all these things are important.”

Through her years of service, Sydnee’s principal nominated her for a National Community Service Award which she won as a Middle School Representative. Sydnee and Jennifer were flown to Washington D.C. for the awards ceremony. There, they visited memorials, attended Sunday ceremony at Washington National Cathedral and a luncheon at Andrew W. Mellon Auditorium.

Sydnee and Jumbled Dreams became more recognized, and an associate from WE Day reached out, hoping to collaborate, and invited the mother-daughter duo to WE Day 2018. “It took me two months after that day to really realize what had happened,” Jennifer said.

The two were scheduled with interviews, makeup, and media appearances, and it was during this time they met Dierks Bentley, who eventually invited them to star in his music video and latest hit, Women, Amen.

The video follows Sydnee and Jennifer as they gather and distribute food and toiletries to Nashville’s homeless population. Sydnee delivers a quote from Winston Churchill at the end of the video: “We make a living by what we get, but we make a life by what we give,” after a tribute to her mother that left audience members with tears in their eyes.

Jumbled Dreams After WE Day 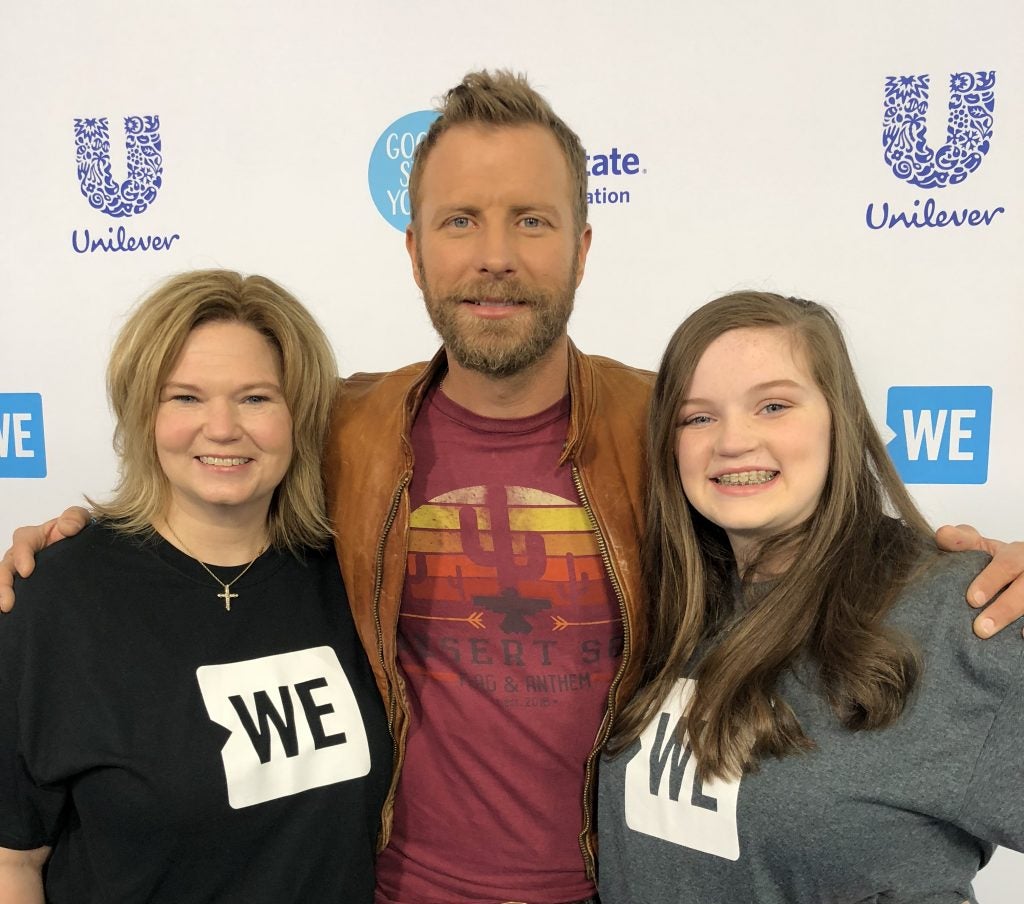 Jennifer and Sydnee with Dierks Bentley

Jumbled Dreams grew in partnerships and numbers once Sydnee left Los Angeles after WE Day. “Our partners are mostly teen organizations that support the founders dreams in one way or another,” Jennifer said. These organizations are run by teenagers, and for any number of topics including sewing toys for babies in the ICU, raising money for endangered species through art, and a social media platform for people with special needs to connect with one another.

Their nine partners signify the need in the world and the various ways we can all help out. “You have to believe you can make a difference,” Jennifer told me when I asked how we can get involved in our own communities, “One person turns into a group turns into an organization turns into a party and parties can change the world.”

Now, Sydnee and Jennifer have been invited to speak at events, and Sydnee has started another group, Echos for Hope at her high school. The group meets twice a month and collects toiletries and food items to donate to the homeless in Nashville. They then go downtown and hand out the items to those in need. “Some kids have never been around the homeless and are asking, ‘When can we do this again?'” Jennifer said.

Jennifer radiates humility, and attributes everything to her faith. “My faith in God is my super power,” Jennifer told me when I asked how she juggles a 14-year-old with a non-profit, working overtime at RōM, and gathering and distributing items to the homeless of Nashville. But it’s clear, in all our conversations, she wouldn’t have it any other way.

“I want to emphasize how grateful I am for Janay and RōM for believing that we all need to do more for each other,” Jennifer told me. RoM’s founding principals and the number 2 surround the idea of doing twice as much as what’s been done for you–a lesson Janay learned early on from his father.

It’s clear the message “2” do more, “2” exceed expectations, and “2” give back serves as a guiding light for the company and it’s employees.

Want to add RōM Outdoors to your gear closet? Check out Dyrt Deals for 20% off! 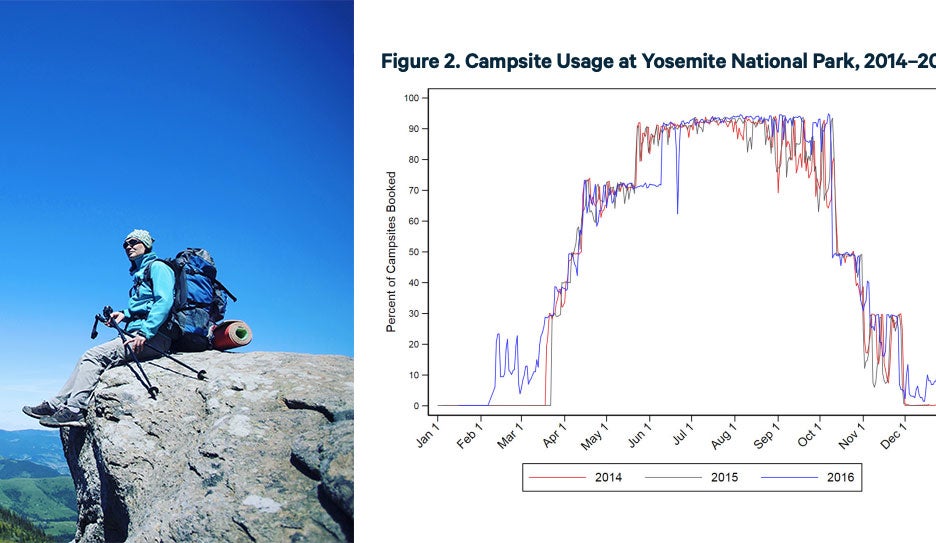 Many campers reserve campsites at popular National Parks months in advance when the slots first become available. Then, they cancel last minute. That’s according to… 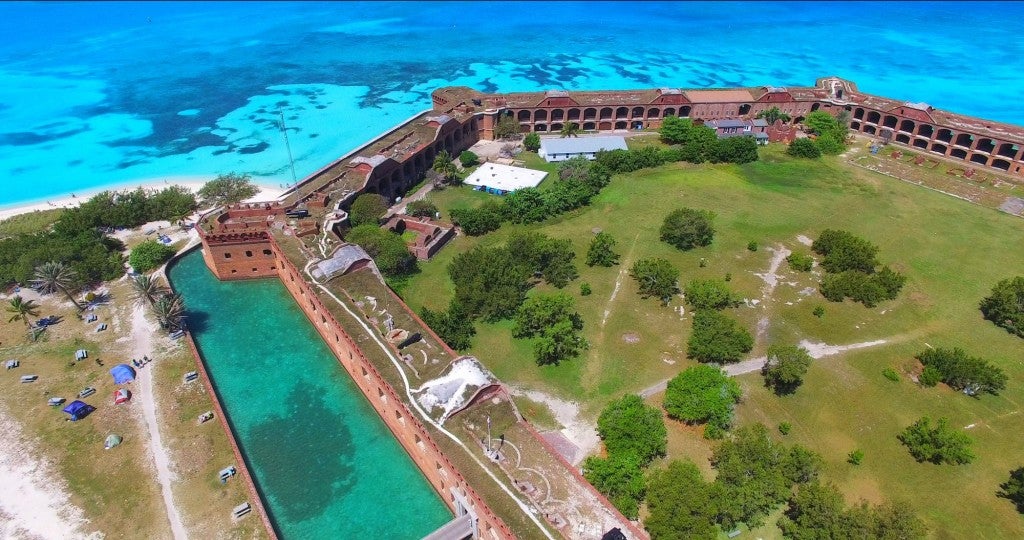 A Camper's Guide to Dry Tortugas: One of the Most Secluded National Parks

Dry Tortugas National Park is a popular Key West destination for campers, treasure hunters, and tourists all over the world. While only accessible via ferry…