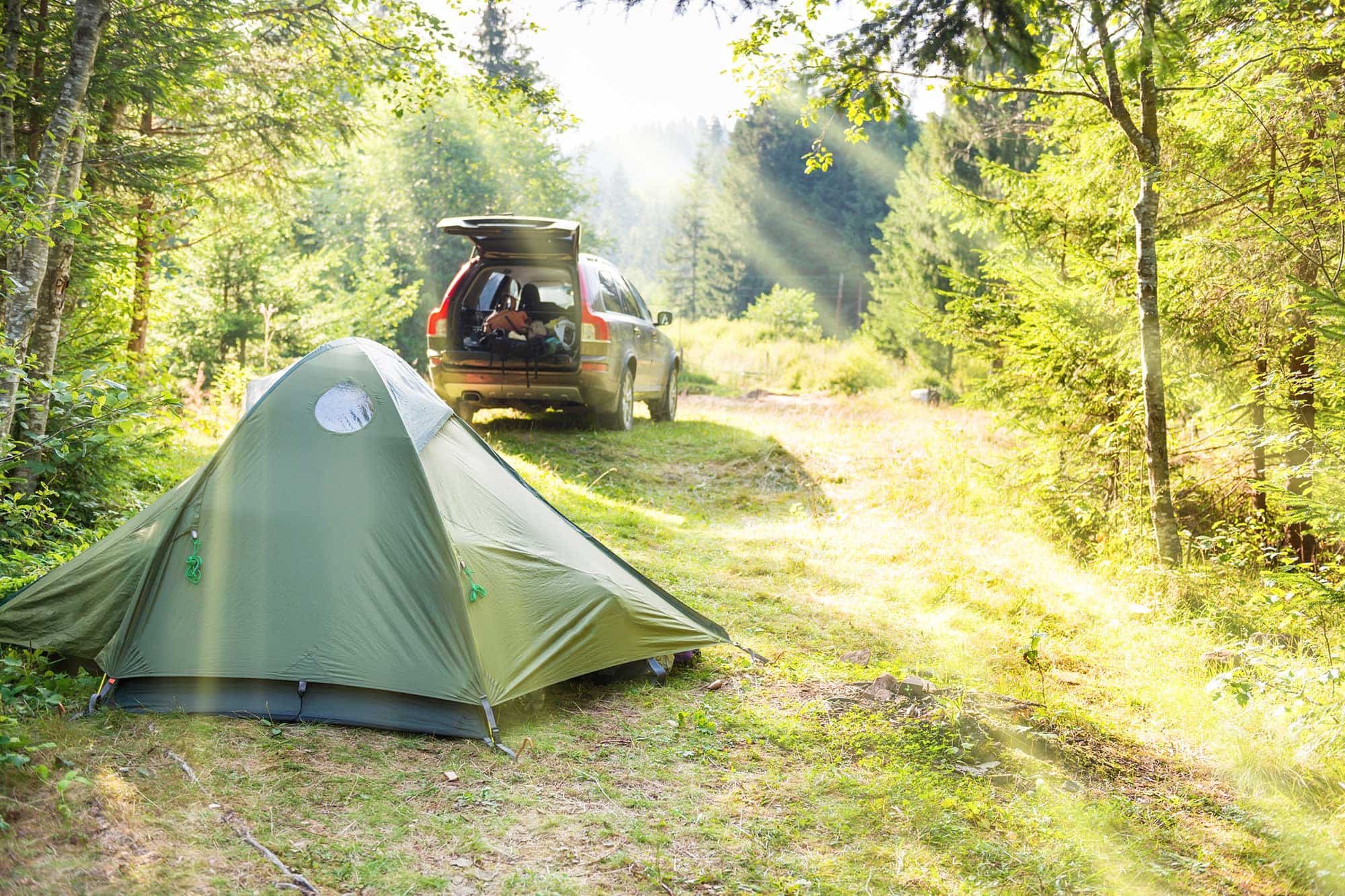 The Dyrt was founded on our love of nature and the outdoors – so naturally we wanted a way to encourage responsible camping for Earth Month. The Dyrt Community actually came up with two:

Brush Up – Review the 7 Principles of Leave No Trace

To help provide LNT tips, we’ve reached out to The Dyrt‘s top reviewers, an expert group of campers that we rightfully call “Legends“. Collectively our Legends have camped all over the country in every style, from full-time RVing to backcountry bikepacking. We’re confident that there’s no better group of people to teach you how to camp responsibly.

Here’s their tips on how to Leave No Trace while enjoying the outdoors: 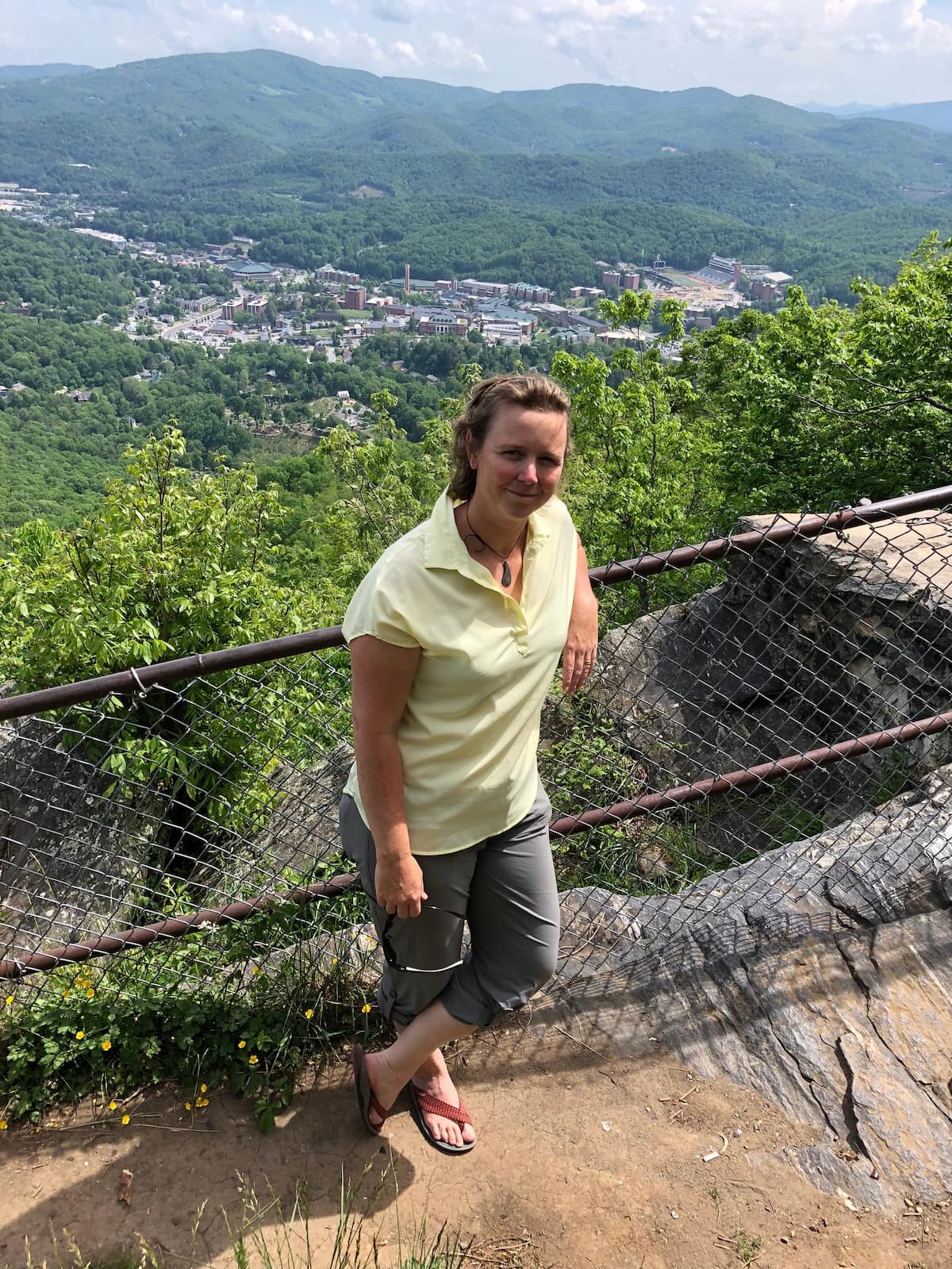 Erin is based in San Francisco, but has traveled from sea to shining sea with her family in their Coachmen travel trailer.

For Erin, LNT is more than a list of tasks, it’s a mindset, “We go out into Nature to let it settle into us, instead of imposing ourselves on Nature. So in addition to minimizing trash and staying on trail, we adapt ourselves to the campsite in order to limit our presence being felt. We don’t stack rocks, play loud music, or dump large amounts of dish water in one area. Instead we try to enjoy it as it is, and be gentle with our actions.”

For new campers, Erin encourages you to have a growth mindset, “try your best and learn as you go. It’s easy to think that one person won’t have much impact, but they really do. High standards beget high standards. It’s easier to regulate yourself when you see others doing the same.”

2. Legend Hayley K. – Blend in to your Environment 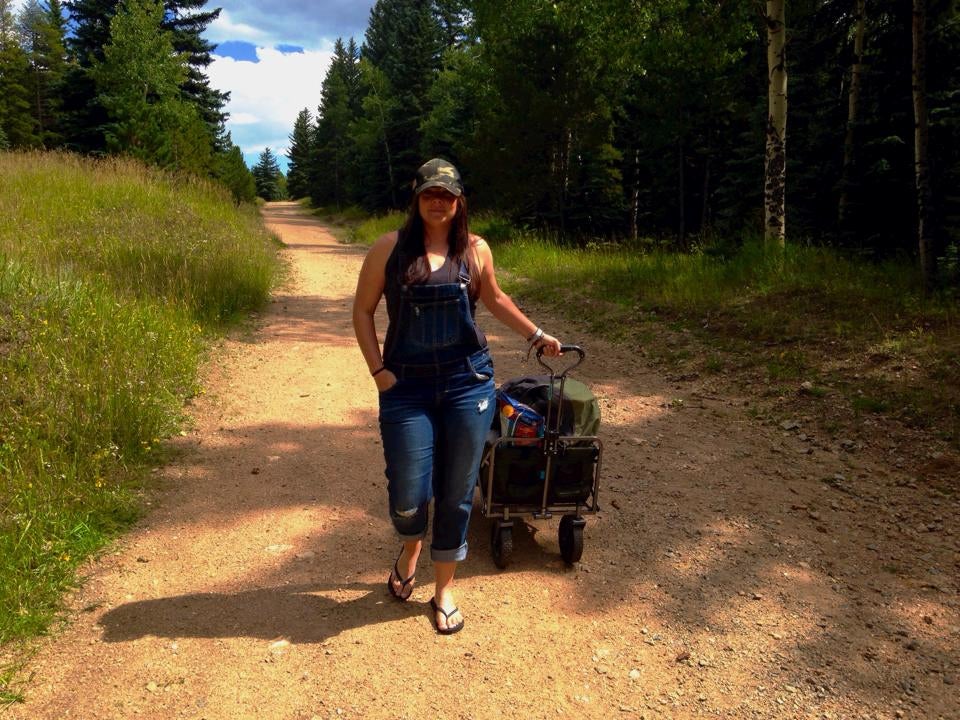 Hayley is a year-round tent camper based in Denver, Colorado.

An overlooked element of Leave No Trace is blending to your environment while you’re camping. Hayley’s says that you will barely notice her while she’s outdoors,”My tents and gear are often nature-colored so I blend into the surroundings and I don’t take up more space than I need to.” She even goes the extra mile, packing out more trash than she brought in and her “dirty water gets strained and buried in the ground or drained over a well-used area like a gravel driveway or firepit.”

For new campers looking to learn LNT principles, she mentions another overlooked aspect: “Bug Spray and sunscreen can damage the environment while spraying so make sure you are in a clear area of plants and animals when using it.”

3. Legends Lee and Paul D. – Be Mindful of What You Bring 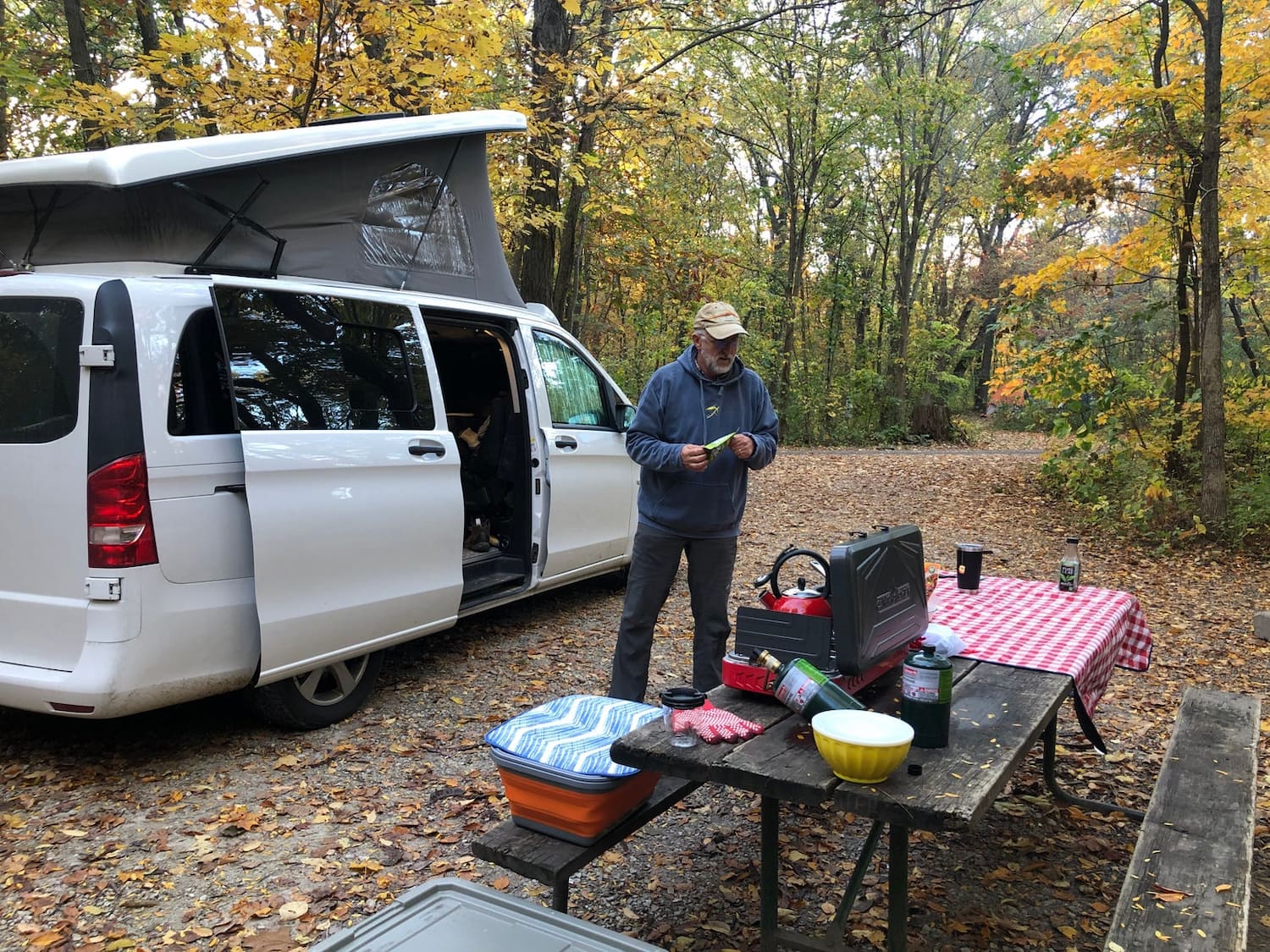 After Retiring in 2017, Lee and Paul travel almost full-time in their white pop-up camper van. When they’re not on the road, you can find them in West Des Moines, Iowa.

Lee and Paul say that the easiest way to minimize what you leave behind is to minimize what you bring in. We always pack out what we pack in (unless there are appropriate garbage receptacles where we are camping). Also we do not use paper plates, cups, or towels unless absolutely necessary.”

Our favorite tip of theirs (that we’re going to start using ASAP) is “to carry a spray bottle of water for doing dishes. By rinsing dishes this way, you are left with no more than an inch of water in the bottom of our wash bin. For newbies, I have suggested the spray bottle for rinsing dishes several times and this advice has always been well received.”

Art and his dog Dakota live in Chicago, but they have traveled throughout the midwest and beyond in Art’s home-made tear drop trailer.

As a dog owner, leaving no trace takes on an additional dimension for Art. My dog and I spend much of our time hiking so I bring a bag that clips to her leash. I stop to pick up her droppings as well as other garbage we spy and Dakota gets to spend more time sniffing that spot. Win-win for us both!” Art also has found a way to make picking up trash fun using the Marine Debris Tracker app to document his findings.

In addition, he bring plenty of bags from the grocery store to use as garbage bags, and always walks through camp just before he leaves to make sure its spotless. This last step seems simple, but is easy to forget as you’re rushing to leave before your check-out time!

Shari and Hutch have travelled full-time in their vintage tear-drop trailer since 2012. Check out their blog here.

Shari and Hutch have been Leave No Trace educators for over 16 years, so they take LNT very seriously. Shari says “We really try to think about our impact on a broad scale whenever we visit an area, from the wildlife, to the ecosystem, to our our fellow campers.” This means that they take extra precautions to not leave behind crumbs that wildlife could eat, they don’t play music that other campers could hear, and they boondock as far away from other campers as possible.

For new campers they recommend asking yourself this simple question, “how would you like the campsite to look when you arrive?” This simple trick helps put you in the mindset of minimizing your impact for future use.

Shari emphasizes that, “keeping camping the low-cost activity that we all love means that we have to share in the maintenance and protection of the resource. “

Janet is a tent camper and long time The Dyrt user from Bemidji, Minnesota.

Janet’s been practicing Leave No Trace since the ’60s, long before it was a common practice, as her dad’s profession was in Parks and Recreation management. She says that even then, “we always packed garbage bags with us on our travels, and always left our campsites cleaner than we found them”

For new campers excited to start fires at their campsites, Janet reminds you to not cut down trees or saplings around your campsite in order to have firewood. “If everyone did this, the area around the campsite would be heavily damaged and become subject to erosion. And besides, freshly cut wood is green and won’t burn well in your campfire anyway, if at all!”

7. Legend Dave V. – Reuse Materials When You Can 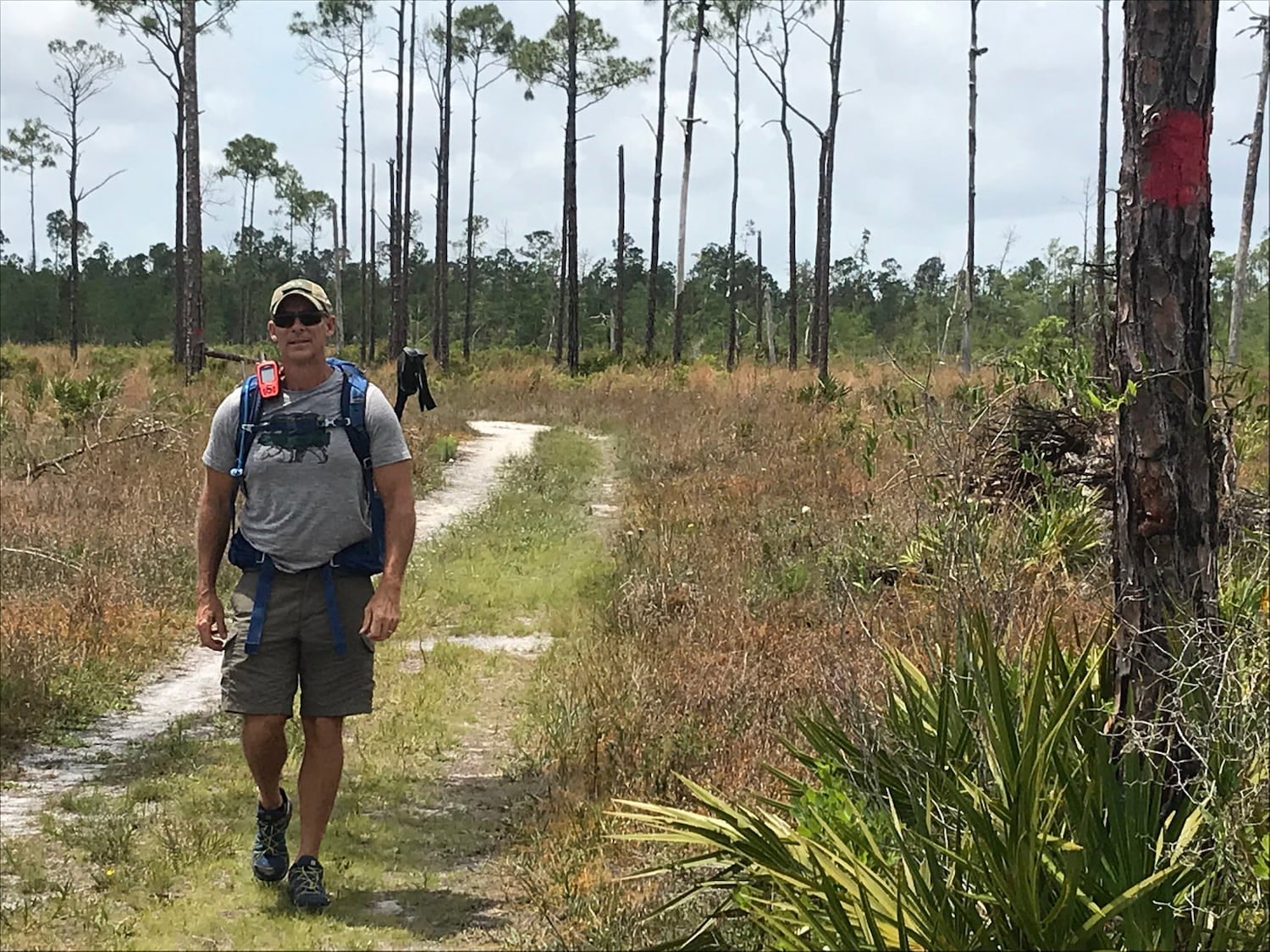 Dave is an avid kayaker, bikepacker, and backpacker in his home state of Florida and throughout the east coast.


As a camper who particularly craves the wilderness, Dave’s advice is focused towards those looking to explore the backcountry. His best trick is the ziploc bag. Most people treat ziplocs as disposable, but Dave says, “I choose to reuse food or storage ziplocs until total failure…you can get a lot of mileage out a single ziploc. My ziplocs have more mileage than some used cars.”

Dave emphasizes the importance of ignoring that voice in your head that says, “I didn’t make the mess, I’m not cleaning the mess”. Instead he urges his fellow campers to. “pick up the trash and take it upon yourself to be the ambassador of cleanliness. If everyone just did one thing to make it cleaner, it wouldn’t take long to make a difference.” 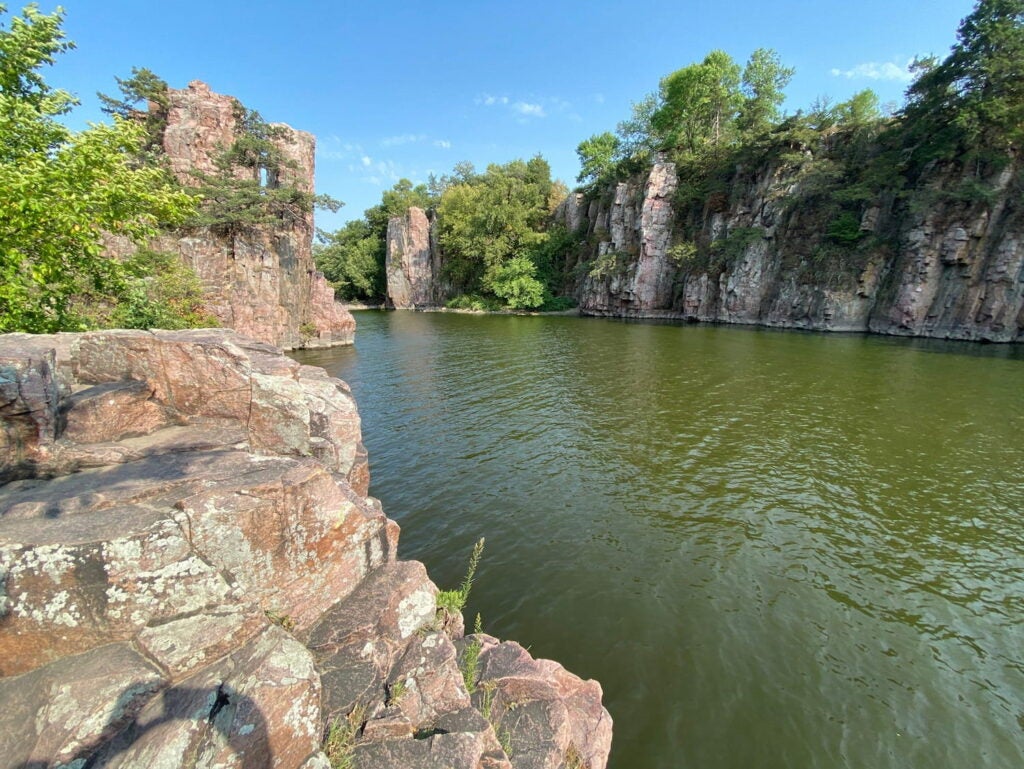 This article about camping near Sioux Falls, South Dakota is brought to you by Tentsile. Tentsile’s line of hammock tents will enhance your stay, no… 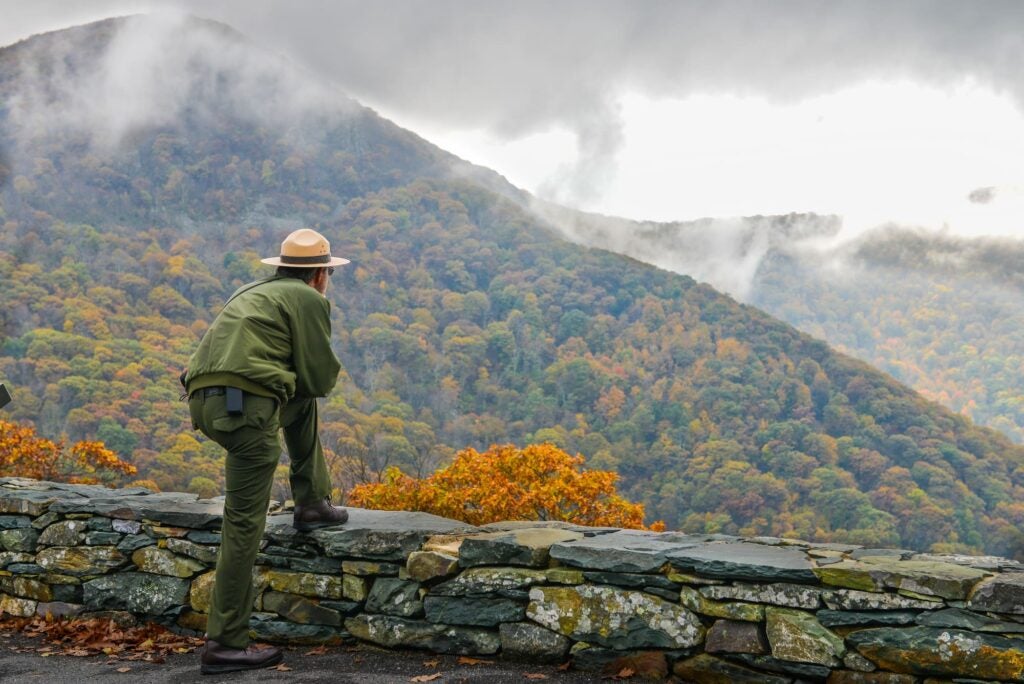 For National Park Week 2022, from April 17 through April 25, national parks across the country will celebrate the natural and cultural heritage of their…