13 Old-Fashioned Ways to Predict the Weather 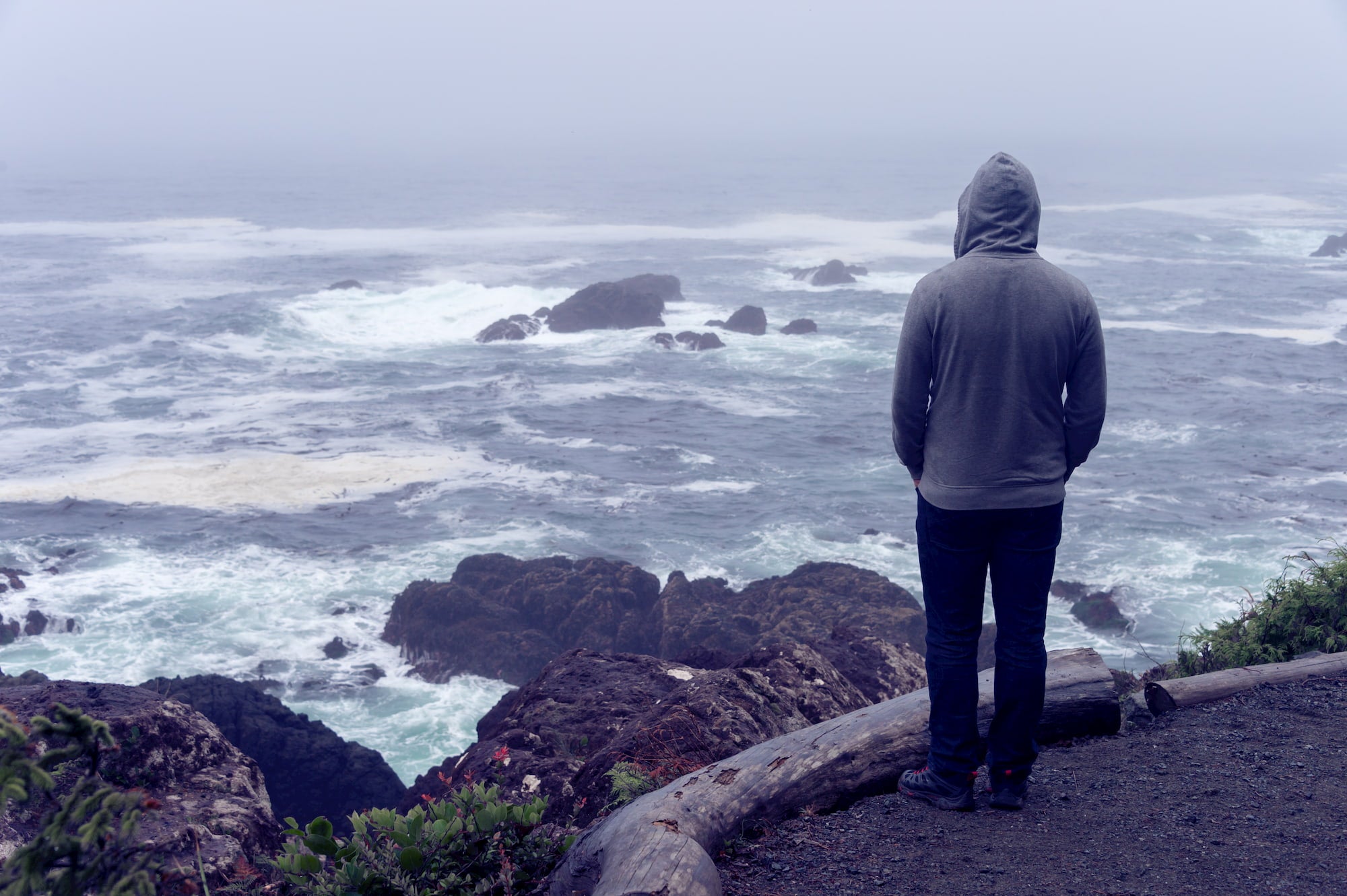 This article of time-tested tips to predict the weather was brought to by RedLedge, the makers of hiking rain pants with a durable design that can handle even the most brutal of rainstorms and unpredictable weather.

We often turn to weather apps to decide how to aptly dress or to plan for heavy rain or snow. But while in the backcountry, you may not have service to conveniently get the weather in just a few taps. By observing your surroundings, and tuning into nature’s clues, as well as remembering a few old sayings, you can predict the weather without relying on your phone. We’ve collected 13 old-fashioned ways to predict the weather, including sayings and clues in nature with ancient etymologies from the wisdom of farmers, shepherds and sailors. And if you’re looking for a modern way to predict the weather, be sure to check out Midland‘s NOAA Weather Radios.

13 Old-Fashioned Ways to Predict the Weather

Of course, these sayings and nature-themed rules-of-thumb aren’t 100% reliable, and using scientific tools and listening to forecasts from trusty sources are your best bet for safety and preparation, but they are a great way to impress your friends and are fun ways to predict the weather on your next camping trip.

Remember These Old Sayings To Predict The Weather 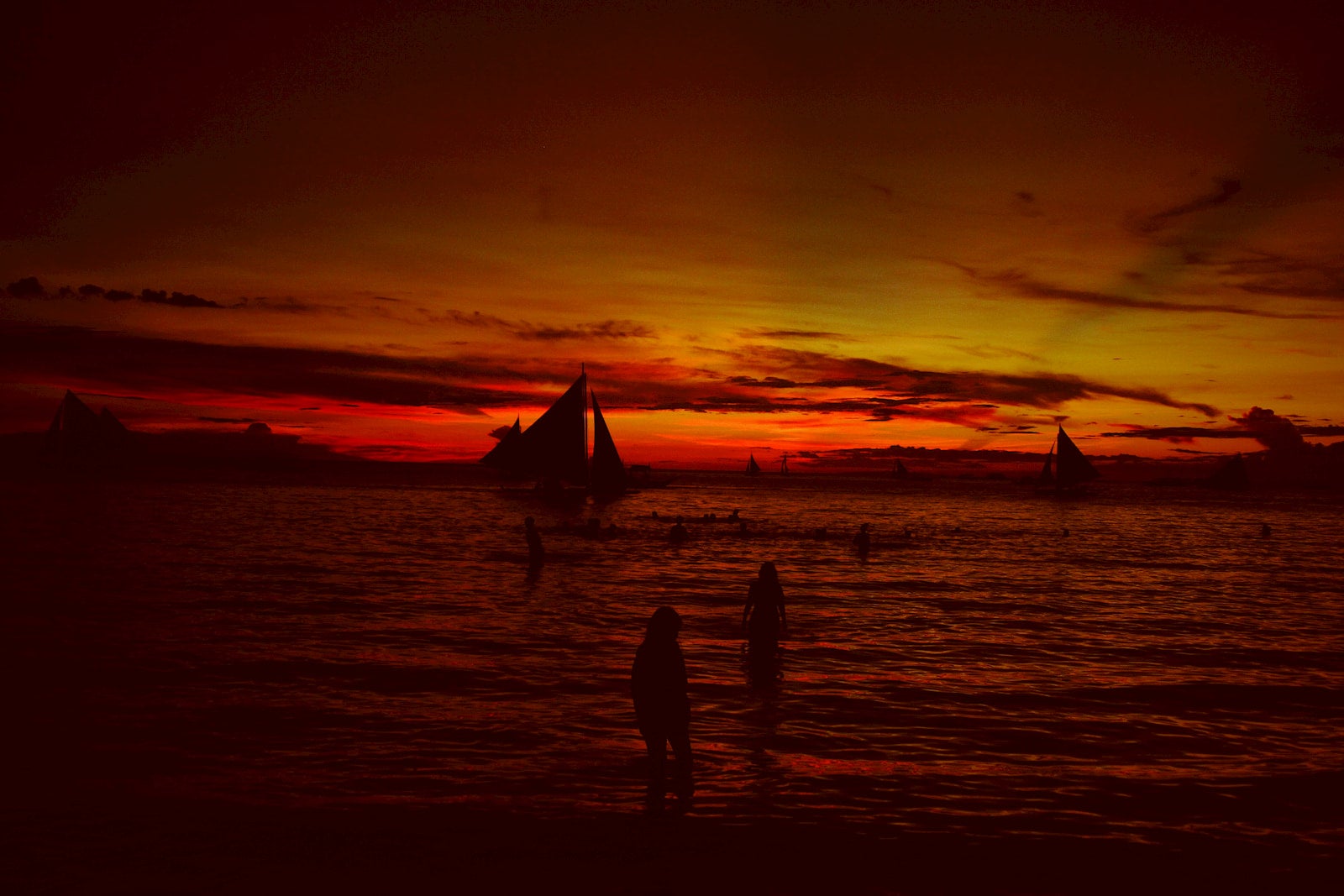 1. “Closed in the Morning, It’ll Be Pouring”

Some flowers, such as dandelions and tulips, close their petals in the evening. If they don’t open them back up by morning, rain could be on its way. The phenomena of flora closing their petals at night, called nyctinasty, is not fully understood by scientists, but one theory is that they close their petals to protect pollen from becoming wet and heavy with dew. So if there’s moisture in the air come morning, and a dandelion or tulip’s petals are closed, wearing a raincoat would be wise.

Some sunrises and sunsets are more colorful than others, which make for stunning photos, but can also tell you if the weather will be good or bad. When the sky is particularly red during sunrise or sunset, the sun is shining from a low angle and moving through a thick atmosphere of water vapour, water droplets and dust, which refract the light. A red sky in the morning means that there is water vapor present in the air, and the sun is scattering light from storms moving west to east, and the storm is likely headed your way. A red sky in the evening shows that weather has improved from the west, because the clouds have moved eastward, and the

If the winter sky is clear and cloudless, and you can see the bright shining moon, the next morning is likely to be chilly, and there may even be a frost. Cloud cover helps insulate the air and keep the heat in, so without it, temperatures can nosedive. Because there’s a quick drop, frost usually follows.

Pinecones are another one of nature’s clues to predict the weather. Pine cones are nature’s hygrometers, exhibiting the surrounding air’s humidity levels. Pinecones open their scales when it’s dry in order for wind to carry them and scatter their seeds. When there is moisture in the air however, they seal their seeds until it’s dry outside again. Because they travel by wind, they have to wait until their seeds are dry and light enough for distant travel. If the pinecones are closed, bring your rain gear.

7. “Rains Before Seven, Fine By Eleven”

This saying is based on the idea that if it’s raining at 7am, it has probably been raining all night and the storm is likely on its way out, typically, as noted, around 11am. The hours between 7am and 11 a.m. are also when the sun heats up the Earth’s atmosphere, which can help dissipate remaining rain clouds.

Look for Clues in Nature 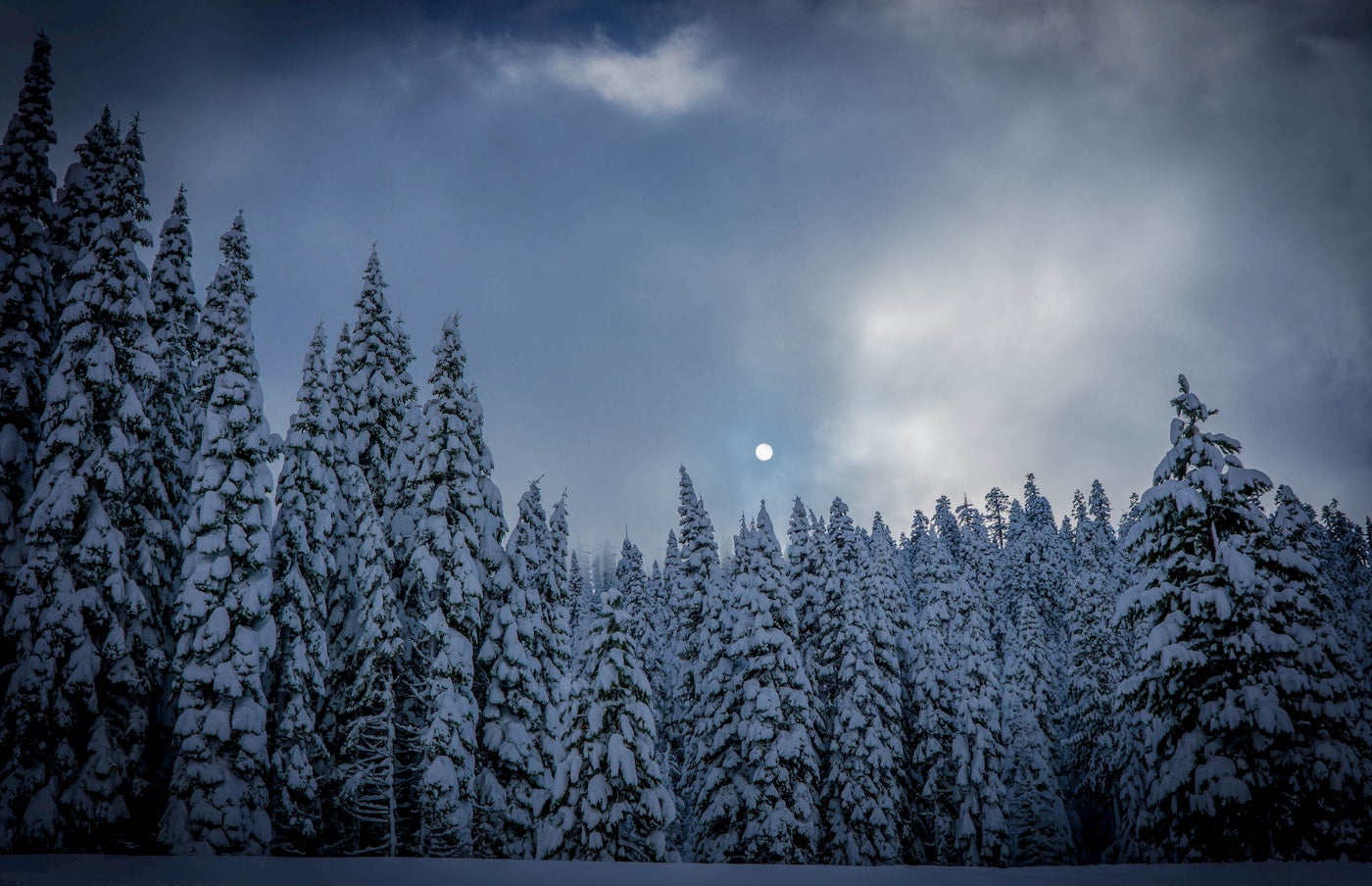 8. A Ring Around The Moon

If you’re sitting around a campfire and you see a ring of light surrounding the moon, snow or rain is likely on it’s way. This ring encircling the moon, known as a Lunar Corona, is created when the moon’s light refracts and reflects through a series of water droplets and ice crystals in the night sky, creating a halo. It can even have a prism effect, mimicking the colors of the rainbow. The halo is a sign of moisture in the air and is likely a precursor of an impending storm, especially during the winter. You can listen to Ring Around the Moon by Elephant Revival to really get into the lunar spirit.

Clouds are a telltale way to predict weather, both temperate and tumultuous. Mammatus clouds, which have a puffy, cellular pattern of pouches, often turn into thunderstorms. Cirrus clouds, which are wispy and stringy, typically mean storms or rain could follow. Altocumulus look like fish scales, and as the sailor saying goes: “Mares tails and mackerel scales, tall ships carry short sails”, meaning rain is probably on its way within a day. The higher clouds are in the sky, the fairer the weather.
weather should improve.

Allegedly, if cats wash behind their ears, sneeze, or snore it’s sure to rain. They just know. That’s all.

Spiders and ladybugs are two critters that can help you predict the weather as well. If you’re finding webs inside your house, it’s because spiders don’t fair well in cold weather and will likely head inside as temperatures start to dip. Ladybugs change their behavior in the presence of chillier days as well. While hiking, if you see ladybugs clustering under bark or leaves, they do this to protect themselves from oncoming cold weather.

Lightning is a major issue for campers, and protecting yourself while in the backcountry starts with being aware of lighting safety tips. According to the U.S. National Weather Service, you can predict the distance of lightning by counting the number of seconds between seeing lightning and hearing thunder. Count the number of seconds between the two, and divide this number by five. This will tell you, in miles, how far you are from where a lightning bolt struck. For example, if you hear thunder five seconds after you saw lightning, the lightning would be a mile away.

This article about how to predict the weather was brought to by RedLedge. 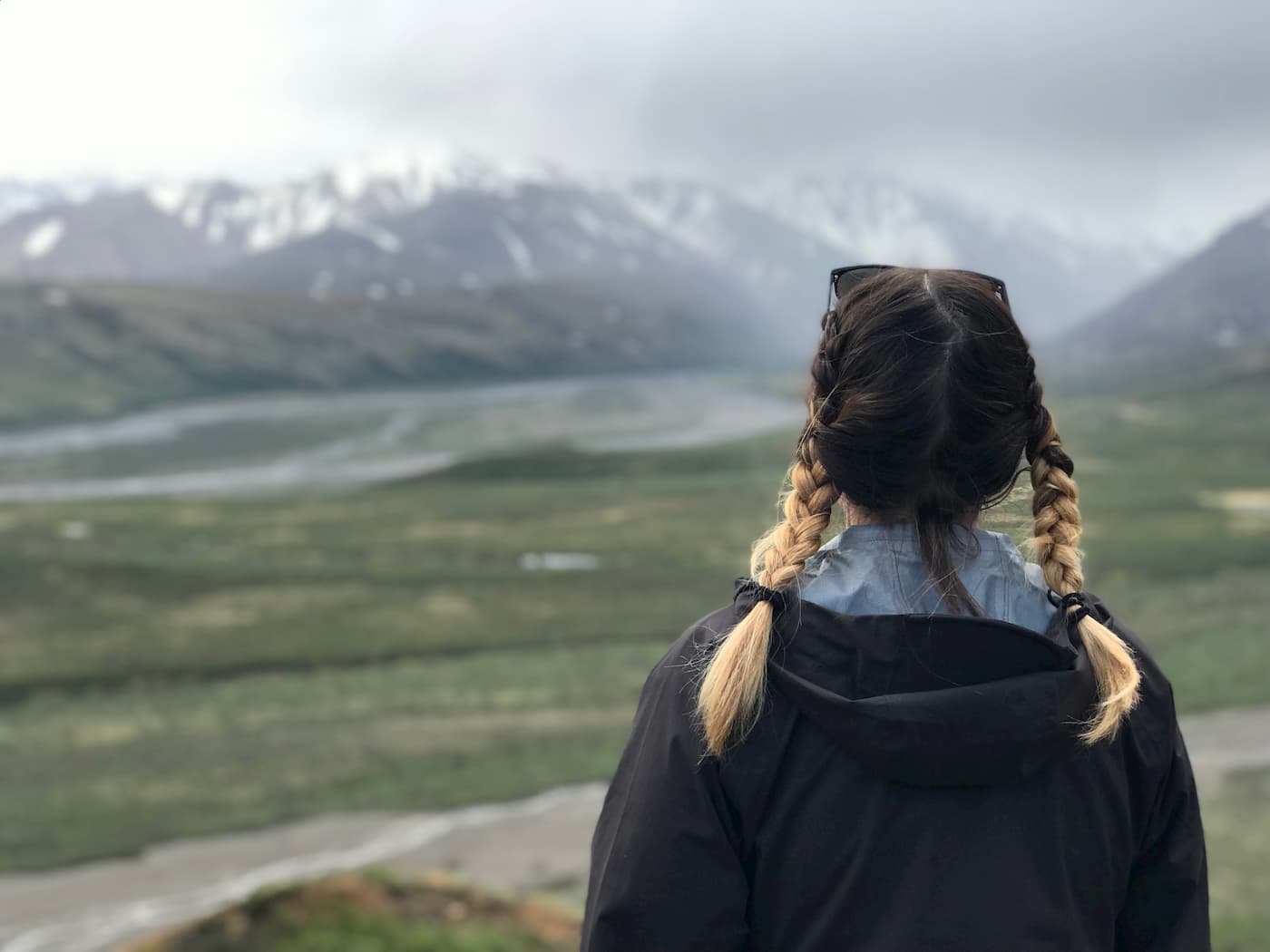 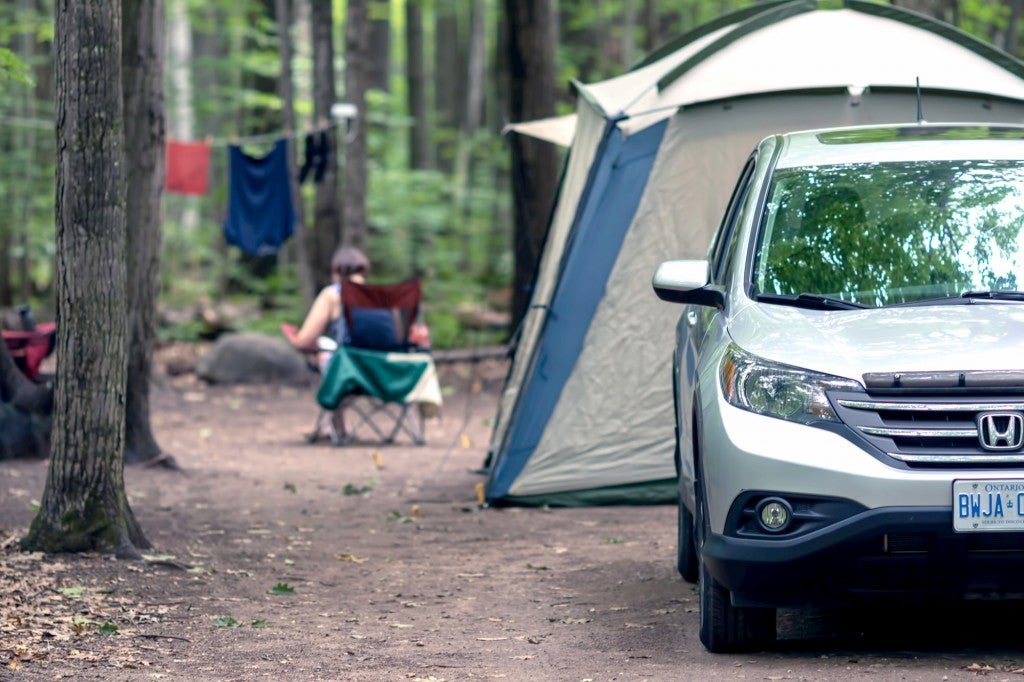 This article was brought to you by RovR, whose bear-proof rolling cooler is the perfect addition to your car camping checklist! One of the great… 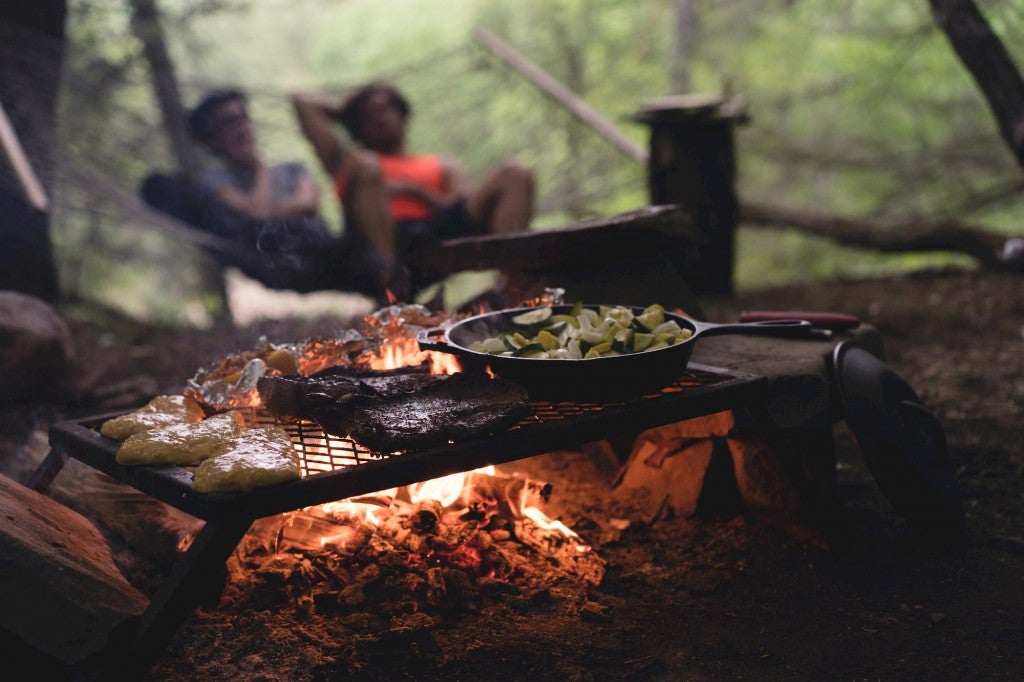 These Appalachian Recipes Were Meant to be Enjoyed Outdoors

This article is brought to you by GrubStick, purveyors of some of the finest cooking equipment for campers on the market. Their cooking gear offers…