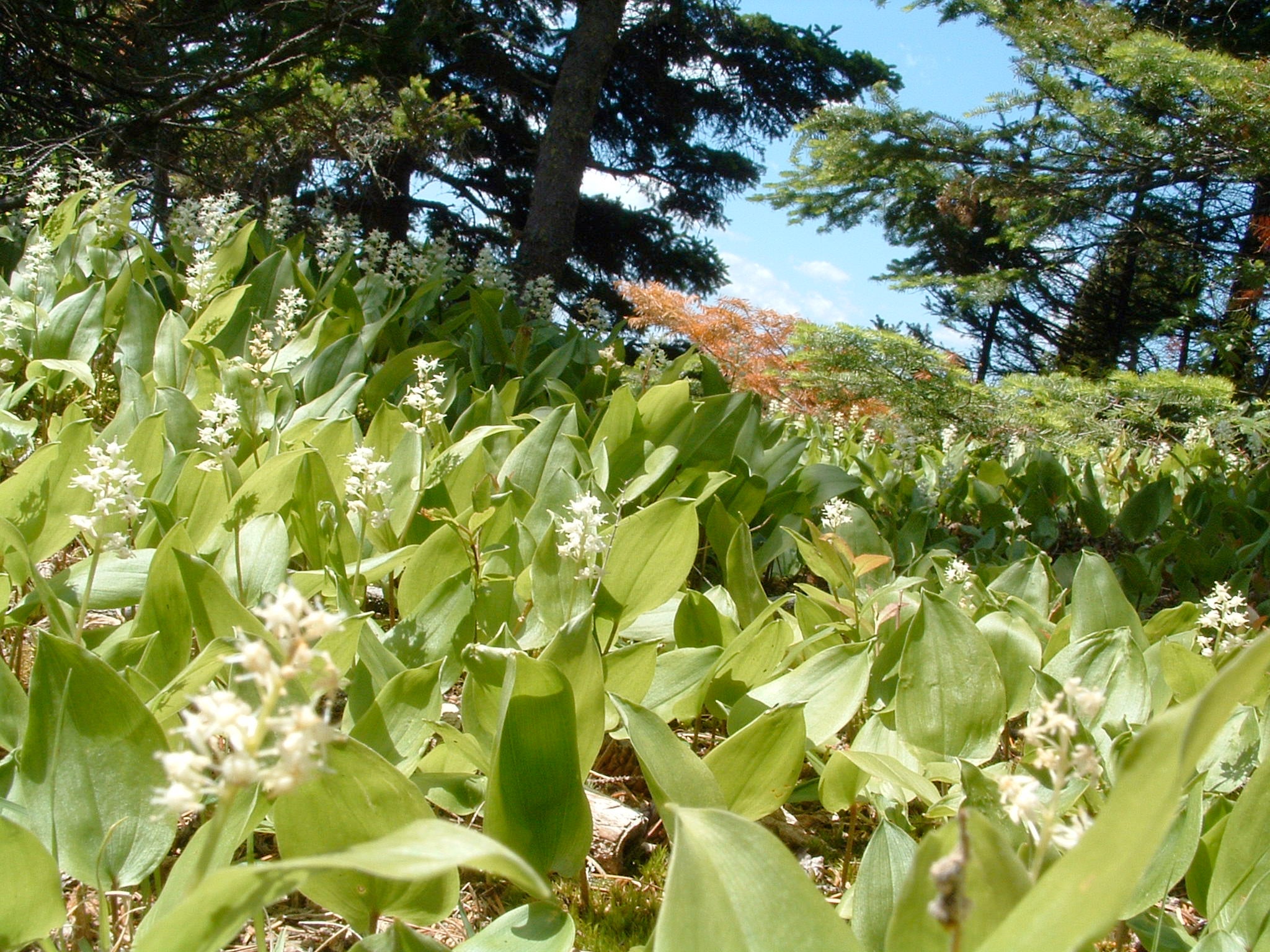 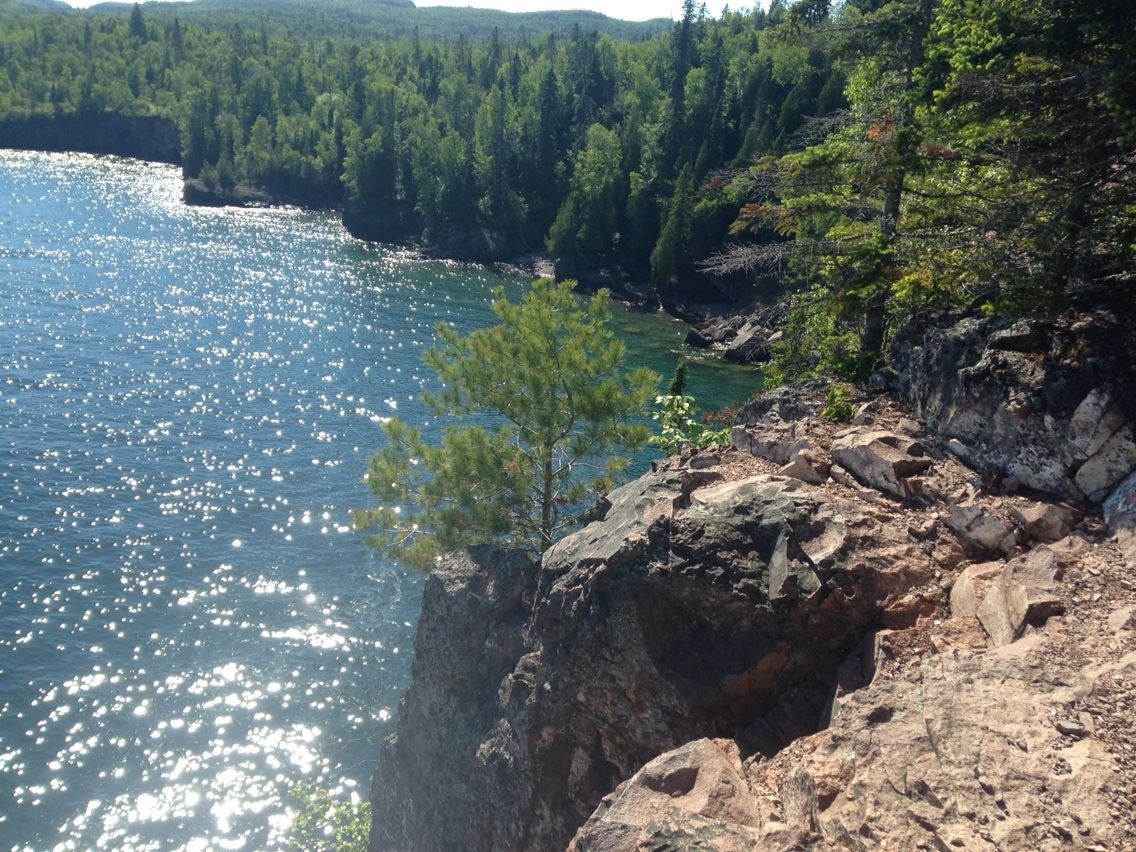 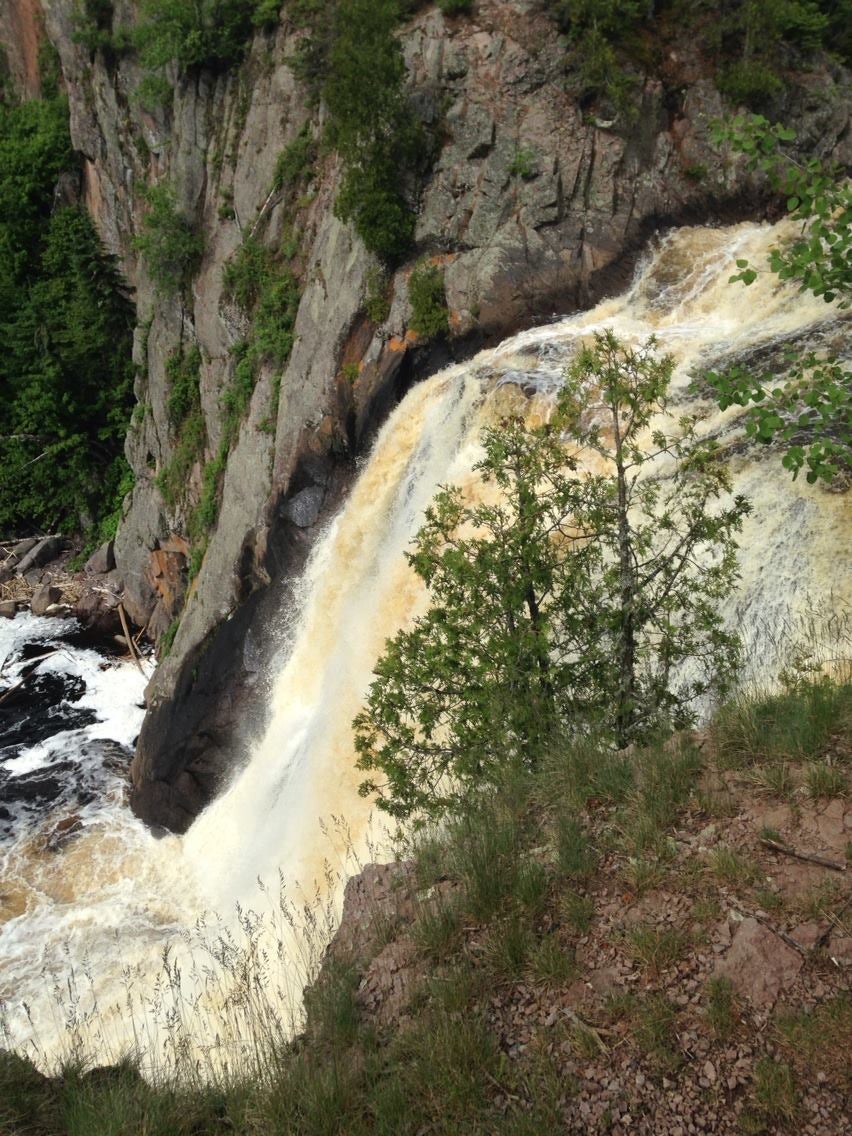 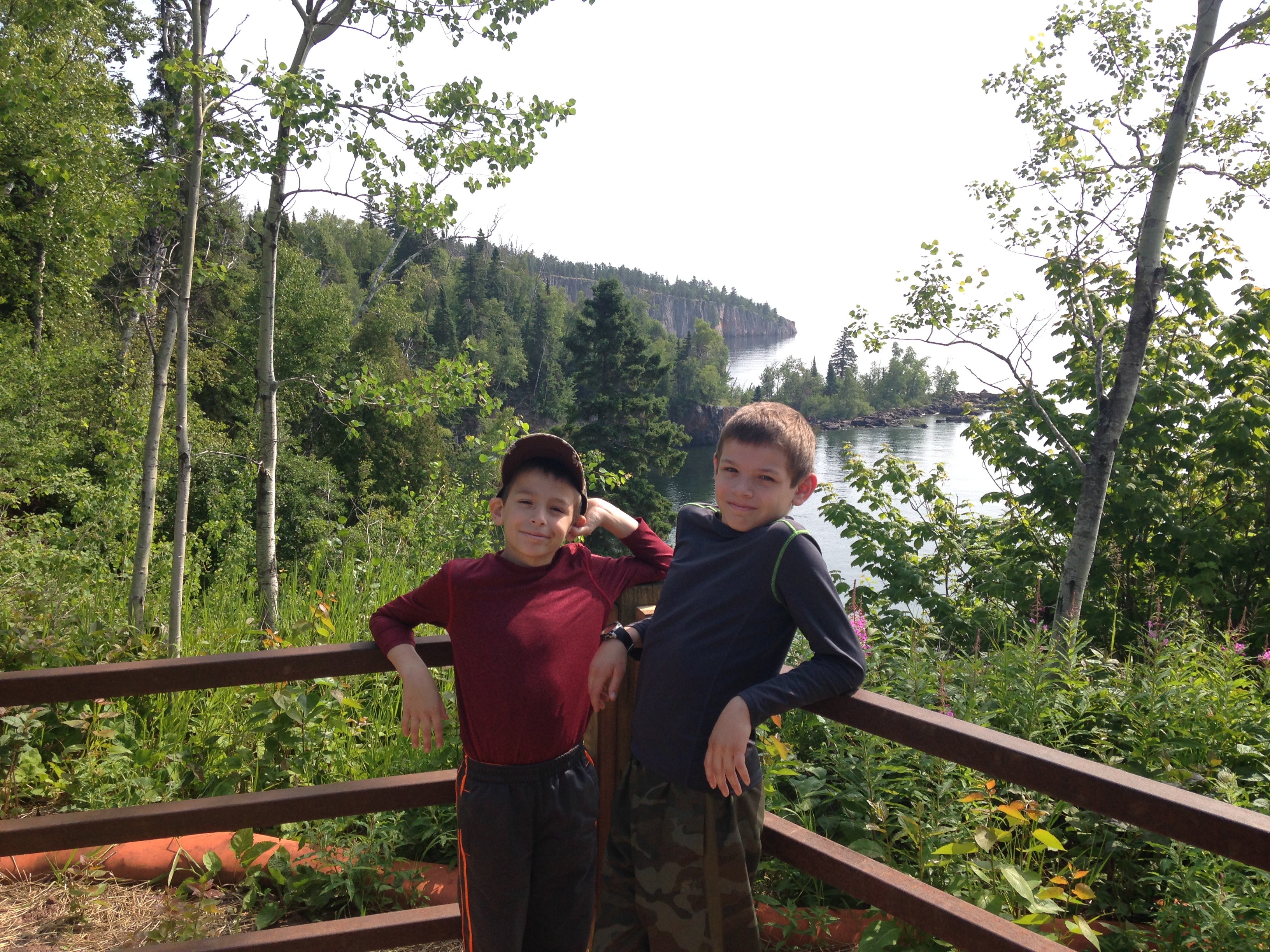 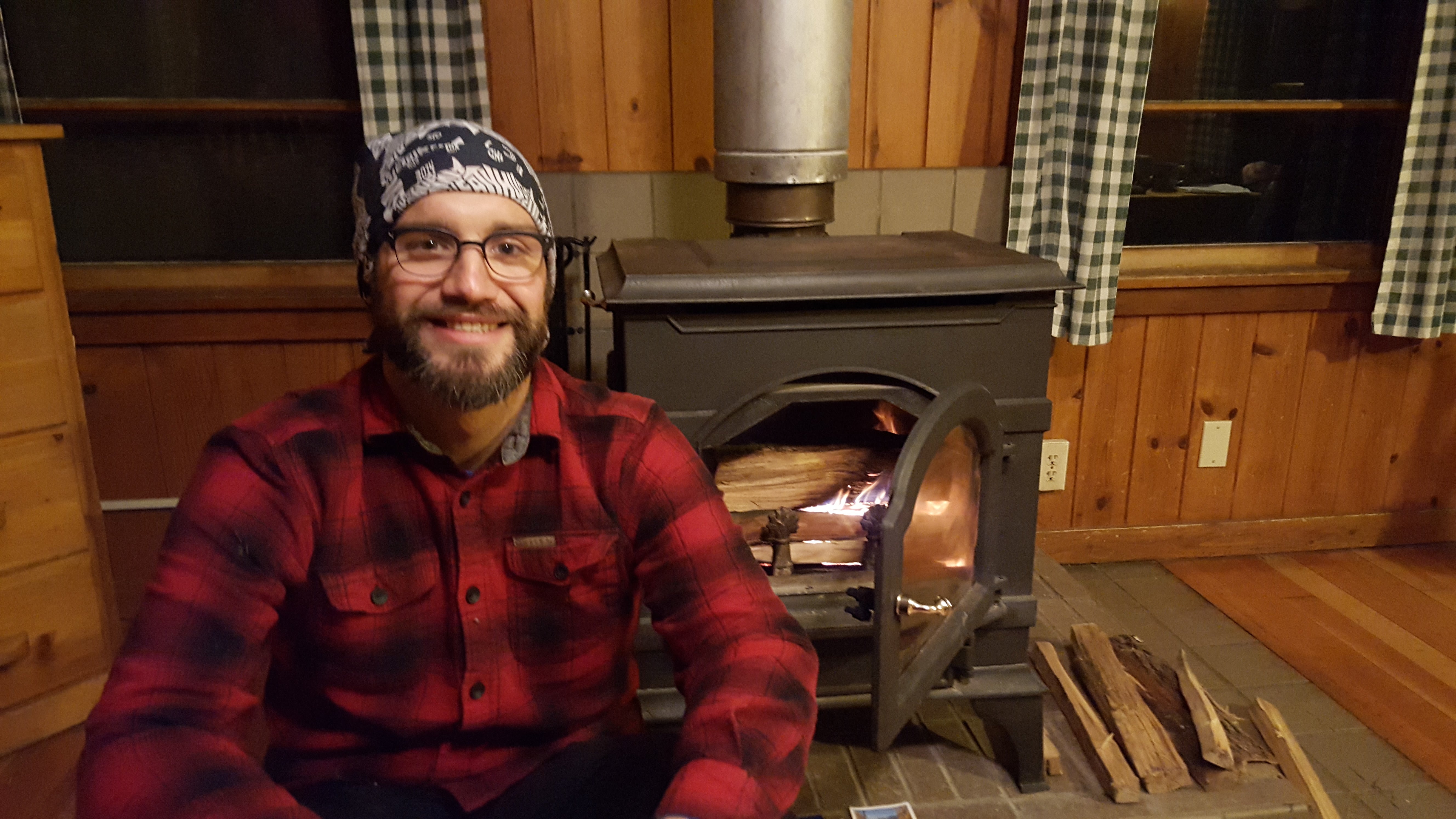 Great for camping near Minneapolis and 58 miles northeast of Duluth in Lake County on scenic Minnesota Highway 61 lies a massive reserve of lakeside beauty and scenic wilderness. Situated on the shores of the mammoth Lake Superior, Tettegouche State Park is a Minnesota marvel which earns its name…

Since we live near Lake superior, we visit our beautiful North Shore state parks often. Tettegouche is one of our favorites. Most of the sites have plenty of vegetation between them for pretty good privacy.

There are miles of trails to hike, a beautiful visitor's center, and a lovely trial along…

This is one of my favorite MN campsites. We stayed in a cart-in site: the cart worked well, the restroom/shower was clean, the site was beautiful and we were able to get down to a little rock beach by the water, it was also easy to book online. There is plenty to do at this park between hiking and…

The campground was great. It was by a hiking path so that was the only downside, but that wasn’t at all a big deal. We were pretty close to the river so it was nice to hear the water when life was a bit calmer at night. The tent pad allowed for us to set up two tents, one 3-person, and one 2-person… 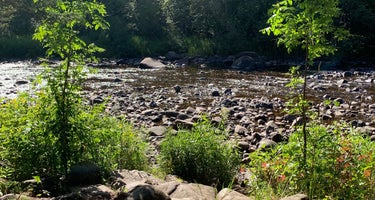 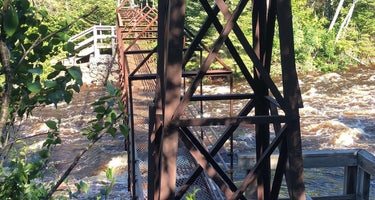 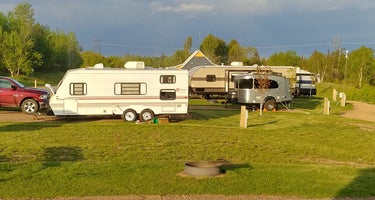 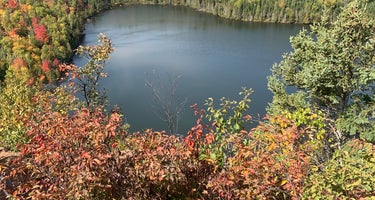 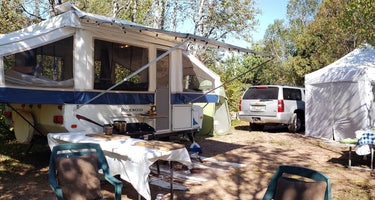 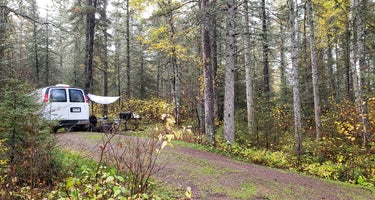 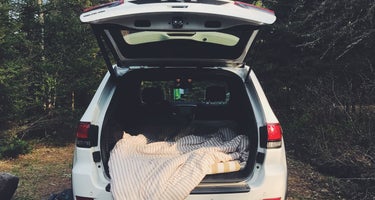 Great for camping near Minneapolis and 58 miles northeast of Duluth in Lake County on scenic Minnesota Highway 61 lies a massive reserve of lakeside beauty and scenic wilderness. Situated on the shores of the mammoth Lake Superior, Tettegouche State Park is a Minnesota marvel which earns its name from the Tettegouche Club, an association of local businessmen which purchased the park in 1910 from the Alger-Smith Lumber Company. In fact, it was the club's members who guarded over the area, up until 1979 when the state of Minnesota acquired 3,400 acres from the Nature Conservancy, including Tettegouche Camp. Today this park is absolutely huge, spanning 9,346 acres of wetlands, forests, and sandy beaches. The acreage contains six inland lakes which contain walleye and northern fish, four waterfalls, and an extensive 70 foot sandy beach right on Lake Superior. And thankfully, all of this beauty is now preserved. In fact, the Tettegouche Camp, on Mic Mac Lake, is now listed on the National Register of Historic Places. Perched on the Baptism River, one of the park’s most famous attractions is High Falls, the highest waterfall located (entirely) within Minnesota. The Baptism River Campground is home to a number of campsites with and without electric hookups, as well as a heated building open year-round, with flush toilets and showers, even in the winter. Firewood can be purchased at the park entrance year-round. Five picnic areas are also available with fire rings and tables. However, not only does Tettegouche boast the State’s highest waterfall and winter heated showers, it also contains one of the largest network of hiking trails in the region. All in all, the park contains over 35 miles of hiking and ski trails, including access to the famous Superior Hiking Trail. The park is one of only four state parks in Minnesota offering rock climbing. Both Shovel Point and Palisade Head cliffs are popular spots offering climbing directly over Lake Superior. Additionally, on its North boundary, Finland State Forest and the Red Dot motorized trail attract OHV enthusiasts from all over the nation for the world class trails and off-road terrain. Thankfully, all of this wilderness creates plenty of room for animals to roam freely. In fact, it’s normal to see all sorts of wildlife at Tettegouche. A a huge variety of flora and fauna shelter watchable animals such as the woodpecker, red squirrel, white-tail deer, peddle, snowshoe bunny, beaver, and weasel. Moreover, diligent spotters will encounter moose, wild bear, waterway otter, and red fox. Not as commonly spotted, one can find the timber wolf and even the Northern Flying Squirrel. For bird lovers, the recreation center is a great location to spot peregrine birds of prey that nest along the trees and bluffs of the Lake. The park contains several camping areas, with drive-in, cart-in, walk-in and kayak-in sites.One accessible cabin is open for reserve at Illgen Falls. Furthermore, the parking lot at the entrance to the park also serves as a highway rest area, with a year-round visitor center, electric vehicle (EV) charging stations, restrooms, and vending machines. Aside from the accessible cabin, there are also four cabins available for those willing to hike in.