Check Availability
Black Friday: Get 50% off a year of PRO 50% off PRO 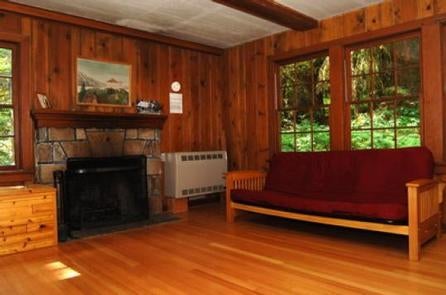 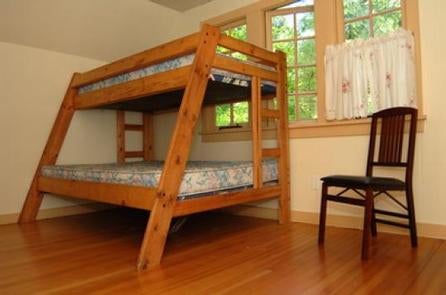 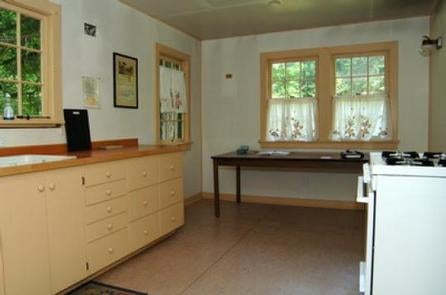 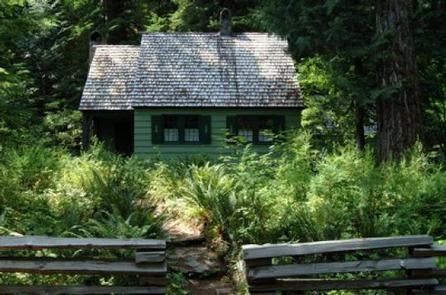 Nestled in a grove of towering old-growth conifer trees, the Government Mineral Springs Guard Station is a delightful setting for guests seeking relaxation and recreation in the Gifford Pinchot National Forest.

The Government Mineral Springs area has been a draw to recreation…

From Portland take Interstate 84 east, take Cascade Locks Exit 44 and cross the Bridge of the Gods (toll bridge) to Highway 14 in Washington State. Turn east (right) on Highway 14 and drive 5 miles to the Carson junction with the Wind River Highway. Follow the Wind River Highway through Carson and northwest approximately 14 miles to the Carson National Fish Hatchery. Continue northwest for 1 mile on Forest Road 3065 to the entrance for Government Mineral Springs recreation site. From approximately April 15 to November 1, the cabin is usually accessible by vehicle. During the winter season, the cabin is a half-mile trek by skis, snowshoes or snowmobiles from the parking area. Sno-Park permits are required from December 1 through April 1 for each vehicle. Washington Sno-Park passes are required for Washington State vehicles. 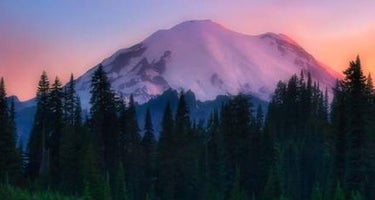 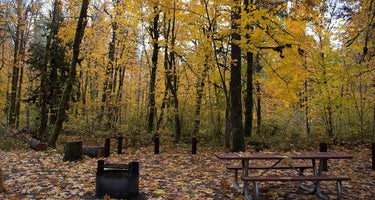 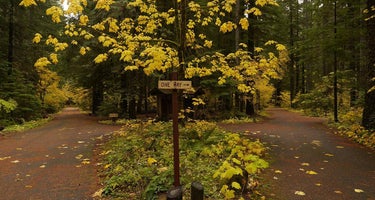 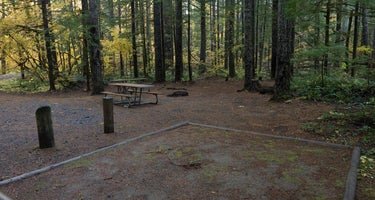 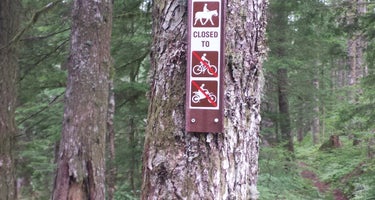 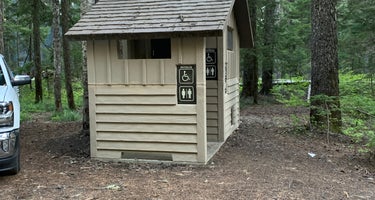 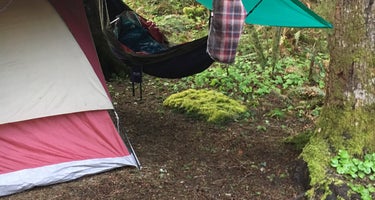 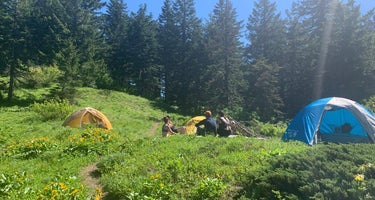 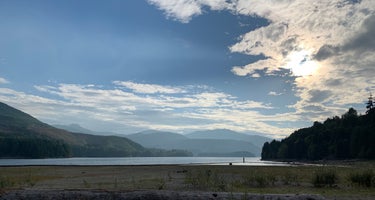 Nestled in a grove of towering old-growth conifer trees, the Government Mineral Springs Guard Station is a delightful setting for guests seeking relaxation and recreation in the Gifford Pinchot National Forest.

The Government Mineral Springs area has been a draw to recreation enthusiasts since the early 1900's. In 1910, S.D. Fox and the Star Brewing Company of Portland began construction of a hotel near Trapper Creek, which eventually became known as Government Mineral Springs. The popular resort boasted bath houses, Iron Mike Bubbling Springs, a dance pavilion, store, ice cream parlor, goldfish ponds and flower gardens. Early advertisements for the resort claimed the mineral water spas were capable of curing physical ailments. In 1935, the hotel burned to the ground.

Camping remained popular at the site, and in 1937, the Civilian Conservation Corps significantly expanded and developed the public campground and built the guard station, which was used for Forest Service administration of the campground and other local recreational use. Today, the cabin provides a unique lodging opportunity.

Guests should be aware that during the winter season, the cabin is only accessible via a half-mile trek on skis, snowshoes or snowmobiles from the parking area.

There is no motor vehicle access from the road that leads to the cabin when snow is present on the road. Parking at the snow park is required, and requires a snow park pass. This pass can be purchased at local vendors.

Many recreational opportunities are within close proximity of the Guard Station, including fishing, hiking, biking, mushroom and huckleberry picking, hunting, skiing and snowshoeing.

Nearby fishing opportunities include spring chinook fishing on the Wind River and lake fishing for brown and brook trout in Soda Peaks Lake, in Trapper Creek Wilderness.

A short drive from the cabin is the Falls Creek Falls Trail, a 3.5-mile round-trip hike for the whole family. Accessible year round, the trail follows a forested creek before crossing a suspension bridge, then traverses a side slope which offers views of the creek and interesting rock formations. At the end of the trail is lower Falls Creek Falls, a three-tiered waterfall which drops nearly 250 feet into a pool below the viewpoint.

The two-story cabin can accommodate up to nine guests. The lower floor has a large kitchen with a propane stove, dining room and living room with a table and chairs, fireplace and two futon couches that fold out into double beds. Two upstairs bedrooms can accommodate five guests, with two single beds in one bedroom, and one bunk-bed that sleeps three in a second bedroom. Propane heat, lights and a cooking stove are provided along with wood for the fireplace. Pots, pans, dishes and cooking utensils are provided. A vault toilet is located on site.

There is no potable water at the cabin, and guests are encouraged to bring plenty for drinking, cooking and washing. A stream within 300 feet of the guard station may be used as a water source; however, the water must be treated or boiled before drinking. Melted snow can be used for washing, but is not safe for drinking.

Although the cabin has several amenities, guests do need to provide their own sleeping bags, linens, towels, dish soap, matches, first aid kit, toilet paper and garbage bags. Bringing an additional light source in case of emergencies is also advised.

Trapper Creek Wilderness is within walking distance of the guard station, boasting 6,050 acres of diverse habitat. Cascading streams and waterfalls are plentiful throughout the steep slopes at the lower elevations, while huckleberry fields occur higher near Observation Peak.