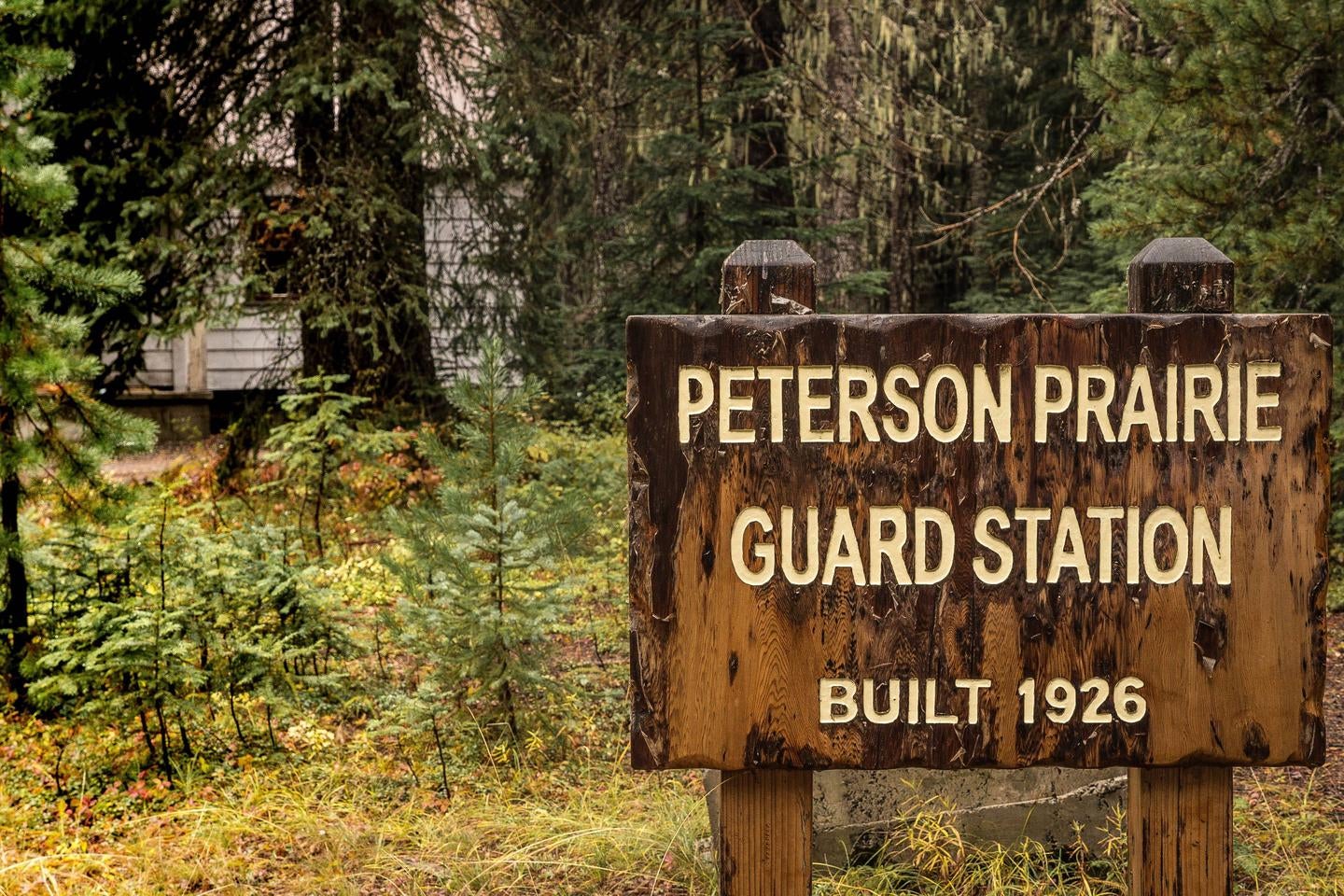 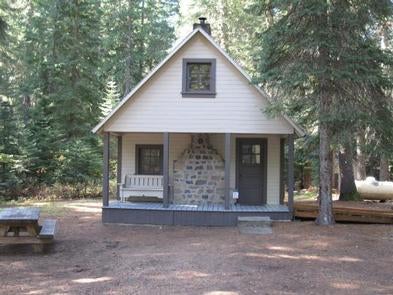 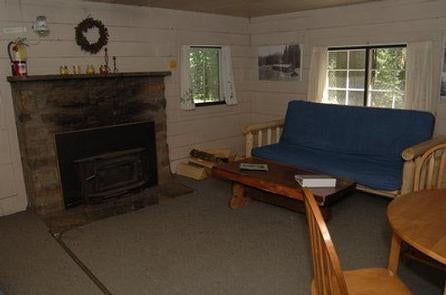 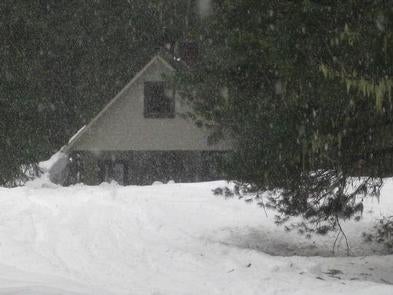 The Peterson Cabin is located on the Mt. Adams Ranger District, is powered by propane, and wood heat and can sleep six people. The cabin was salvaged from demolition in 2014 and moved into place of a cabin that was razed by fire in 2012. The cabin has been meticulously restored and is open year…

This is the Mount Adams Ranger District Office. There is nowhere to camp here.

From Vancouver take Highway 14 East to Highway 141, then go North to Trout Lake WA. Peterson Prairie Cabin is located 7 miles from Trout Lake, Washington, along Forest Road 24. At Trout Lake go 4 Miles past the Mt. Adams Ranger Station at the end of Highway 141. Continue West on Forest Road 24 for 2.5 miles, the site will be on your left. During the snow-free months (typically June-October), guest can drive directly to the cabin. The road to the cabin is closed to wheeled vehicles December through April. Cabin renters park their vehicles at the Atkisson Sno-Park and ski, snowshoe or snowmobile an 2.5 miles to the cabin. A Washington Sno-Park permit is required December 1 through April 1 for each parked vehicle. Guests may call the Mt. Adams Ranger District at (509) 395- 3400 to obtain current conditions close to their reservation date. Refunds will not be given due to limited access caused by snow. 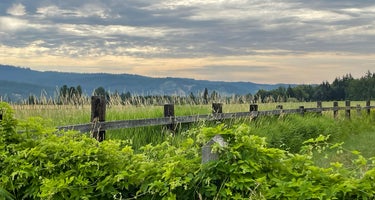 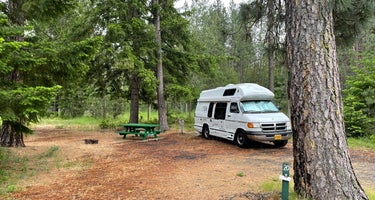 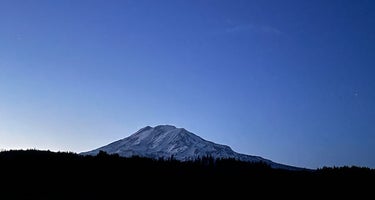 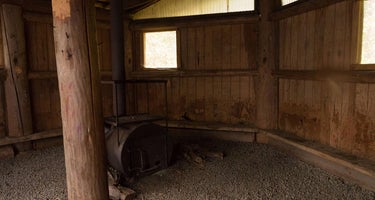 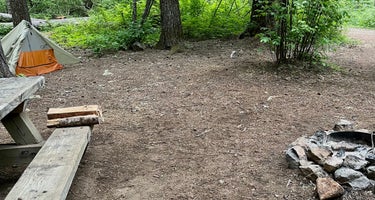 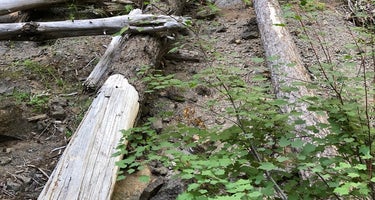 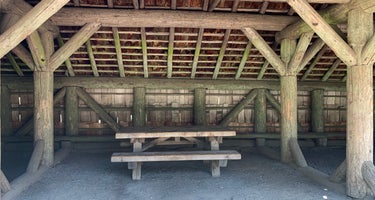 The Peterson Cabin is located on the Mt. Adams Ranger District, is powered by propane, and wood heat and can sleep six people. The cabin was salvaged from demolition in 2014 and moved into place of a cabin that was razed by fire in 2012. The cabin has been meticulously restored and is open year round. Between December 1st and April 1st the road to the cabin is closed. Parking at Atkisson Sno-Park is required between these dates and a Washington State Sno-Park Pass is required. Ski, snowshoe or snowmobilers can access the cabin from Atkisson Sno-Park.

Many recreational opportunities are within close proximity of the cabin. Hiking, biking, fishing, hunting and mushroom and huckleberry picking are popular during the snow-free months. Guests can enjoy cross-country skiing and snowshoeing during winter.

Atkisson Sno-Park is approximately 2.5 miles from the cabin and serves as a portal to the forest's network of 95 miles of groomed snowmobile trails. Three signed, ungroomed cross-country ski loops also depart from the Atkisson Sno-Park, offering loop opportunities of 4 to 11 miles. Portions of these loops overlap with each other and the snowmobile trail network.

Peterson Cabin accommodates up to six guests. The rustic cabin's lower floor has an accessible bedroom with a double bed, a kitchen area and living/dining room with two loveseats and a fireplace/wood stove insert. Propane lighting and heating are provided throughout. The kitchen is equipped with a propane cook top, stove, and refrigerator, pots and pans, dishes and utensils, as well as a dining table and four chairs. An outdoor picnic table and vault toilet are on-site. Firewood is provided.
No water is available during from October through Spring; guests must bring plenty for drinking, cooking and washing. In the summer months potable water is available.
Although the cabin has several amenities, guests do need to provide their own sleeping bags, linens, towels, dish soap, matches, first aid kit, toilet paper and garbage bags. Bringing an additional light source in case of emergencies is also advised.

A dense canopy of Douglas fir towers over the cabin and huckleberry bushes are thick in the understory.

Nearby Mt. Adams Wilderness is dominated by its namesake peak. At an elevation of 12,276 feet, Mount Adams looms over at least ten glaciers, forested slopes and subalpine meadows.

Guler Ice Cave is one mile west of the cabin. It is filled with spectacular ice formations that resemble stalactites, stalagmites, columns, fans and boxwork. The ice is believed to form because the cave acts as a trap, retaining the heavy cold air that settles into the cave in winter. As the snow melts above, moisture dripping into the cave forms into ice columns and masses. The cave is about 650 feet long, with four sections separated by three ceiling collapses.

The Forest Service has built a stairway down to the cave, but the steps can be slippery during winter. When exploring the cave, wear warm clothing, boots and a helmet. Use crampons if you have them. Have three sources of light.

Winter access requires cross-country skis, snowshoes or snowmobile. Many of the ice formations are just inside the cave entrance, so it's not necessary to explore deep inside.