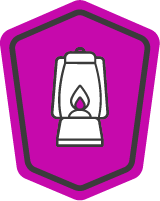 The quality of most city parks, especially on the east side, is abhorrent simply because they can be. I always have low expectations when I enter a city that basically has one option for RVs.

That being said, this is one of the best I’ve been to. Granted, it features things you would expect from a city park: cramped spaces, lots of noise, high nightly rates. But we lucked out getting one of the bigger spots.

Cons: The sewage system is strange at this park. We couldn’t reach ours during our stay and a camper had blocked the dump station so we pulled through in a vacant spot to dump. The pipe is highly elevated, making the process more hands-on than one would like. Bathrooms could have been cleaner, but I mostly blame guests for not picking up after themselves. The automated site selection process, which many have mentioned, is frustrating. I received six emails between Mar-Jun indicating they switched my spot. I noticed they placed a lot of large fifth wheels in tiny back in spaces when plenty pull throughs were available. Wonky system.