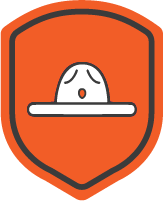 I try to not let the campers ruin a place for me, but I’d say 7 out of 10 sites near us were blasting music, yelling and screaming and just being pretty terrible humans. At one point during our stay staff did drive around and ask folks to lower the music, but as soon as they left it went right back to blaring. The music started again just after 5 am, at not just one site. We stayed on the other side of the lake, the Pioneer area, it was poorly marked and certainly did not have enough restroom facilities, as most of the sites were tents. The bathrooms they did have were pretty disgusting and not at all well maintained. The sites themselves were rather small and right on top of one another, our section was close enough to the road that we often heard trucks driving by. We wanted to love this place, it showed well online, had a good bit of amenities but was just not well kept and overrun with an overwhelming amount of inconsiderate campers. We ended up spending just one night, of our 2 night reservation and leaving first thing in the morning.