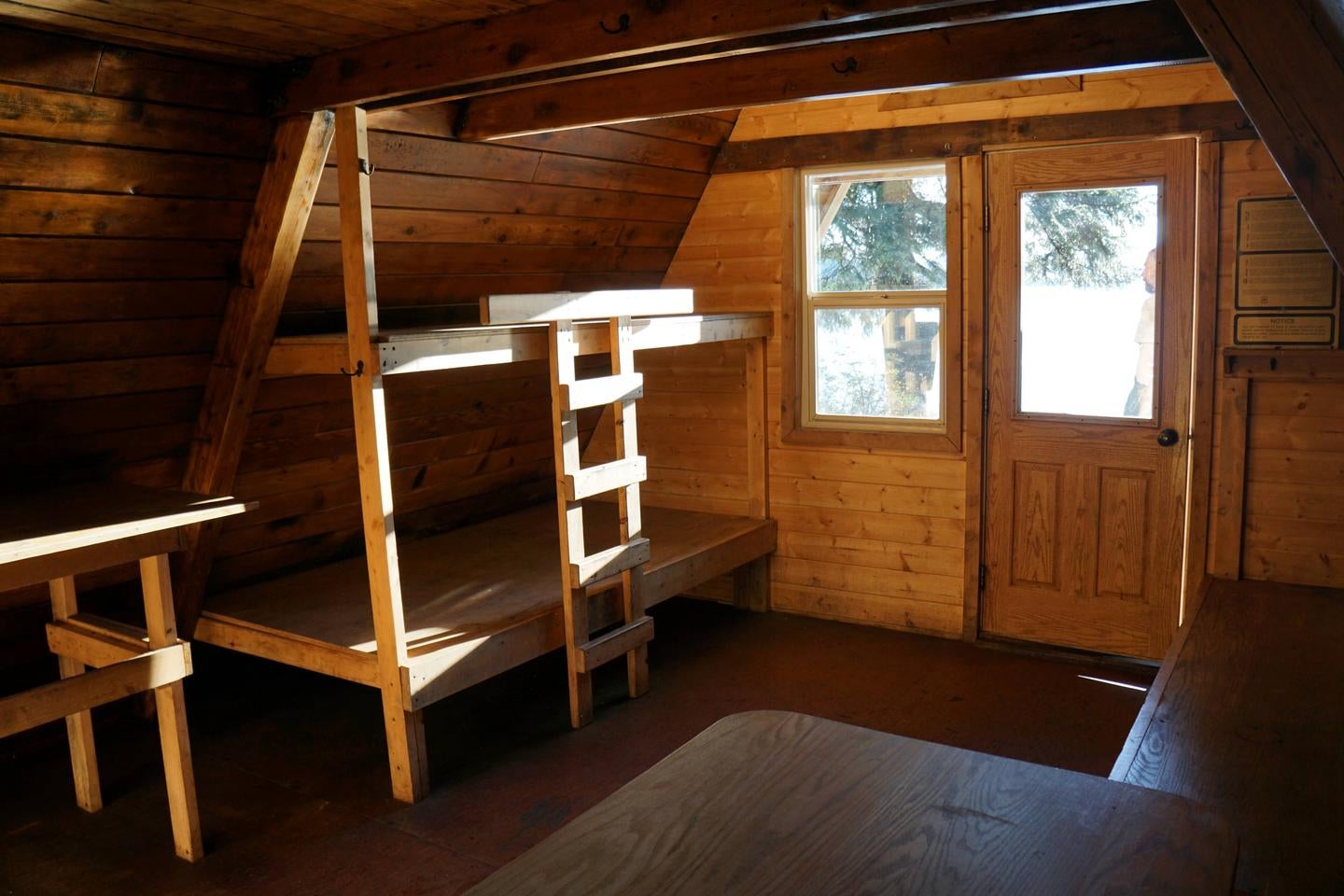 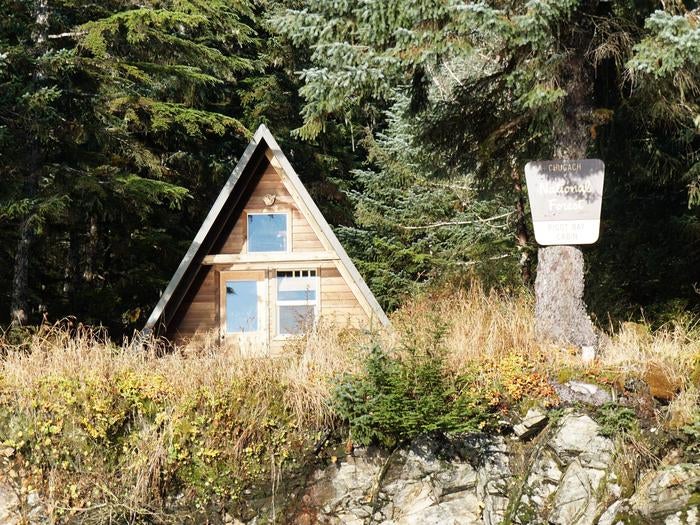 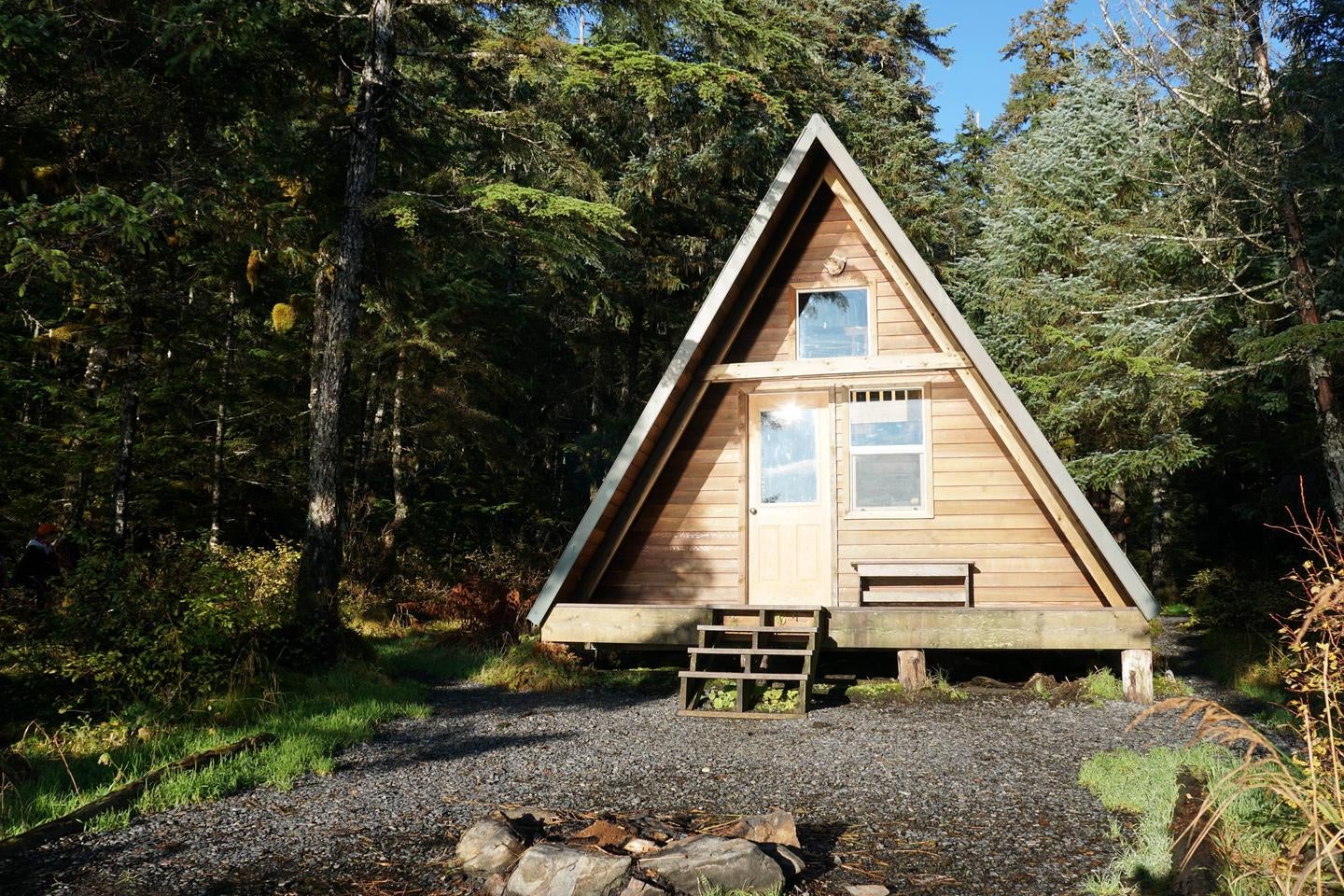 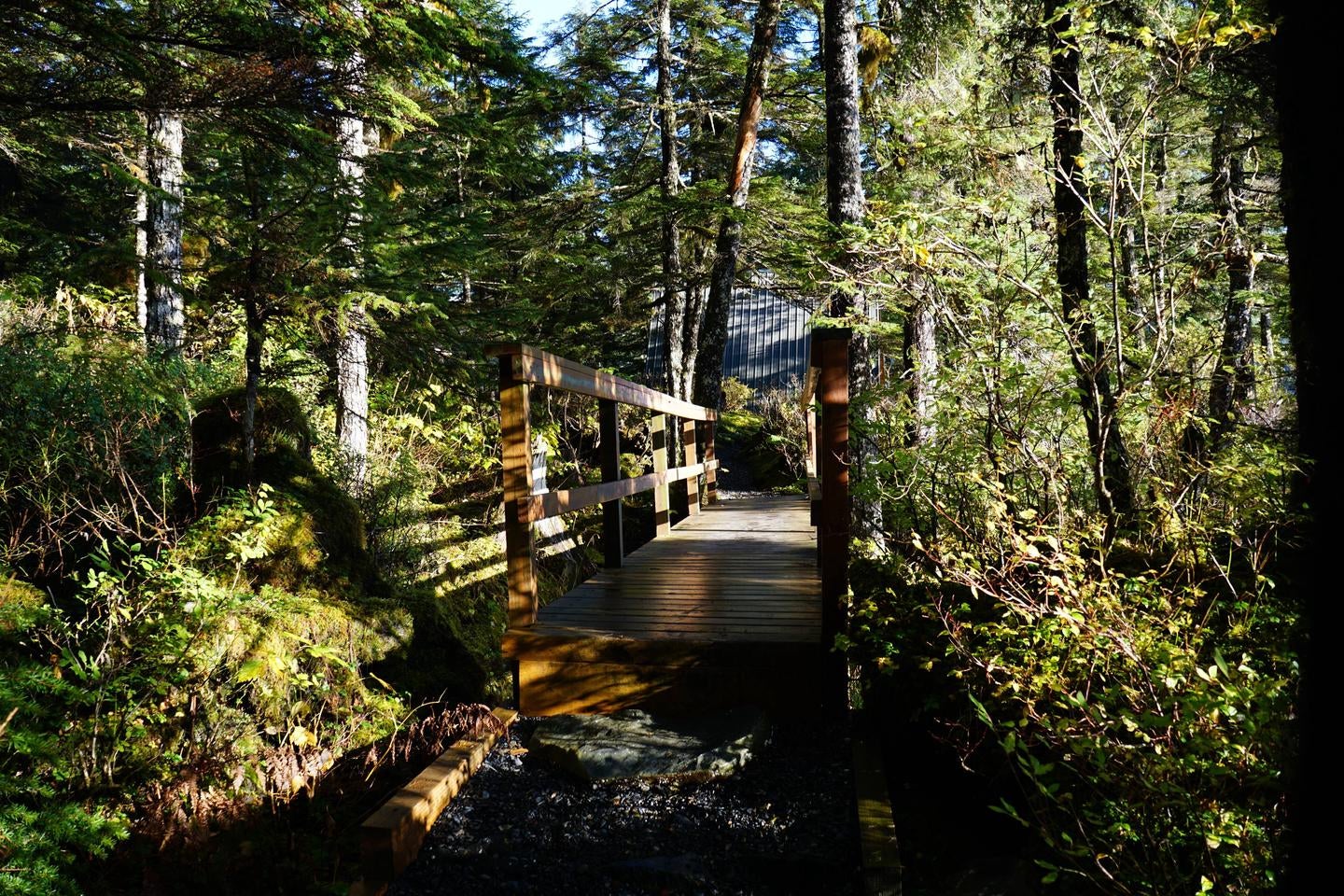 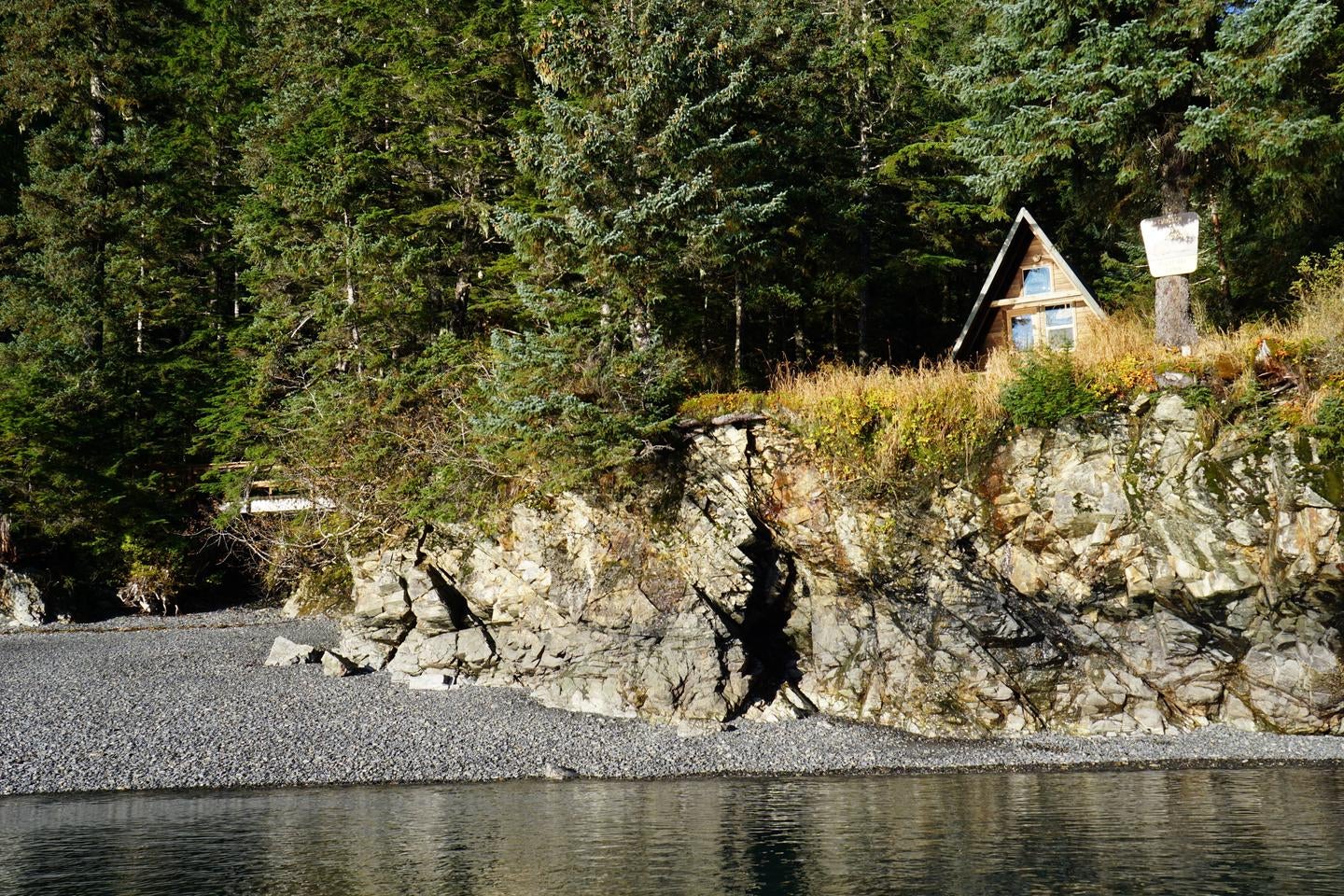 Pigot Bay Cabin is tucked away in a secluded and picturesque area of Prince William Sound. It is open year-round, offering an ideal base for exploration, recreation and relaxation.

The area can be accessed by float plane or boat, depending on conditions. The cabin is reached via a staircase…

The cabin is located on the southwest shore near the head of Pigot Bay, northeast of Whittier. Access by a float plane is a 40 minute trip from Anchorage or a 60 minute trip from Cordova. By boat, it is a 18 mile trek from Whittier. Check local tide reports to determine the most ideal arrival and departure times. This Cabin is not accessible via the road system.&nbsp;&nbsp; 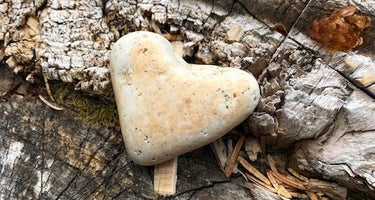 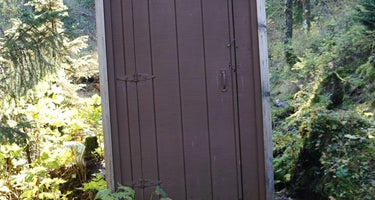 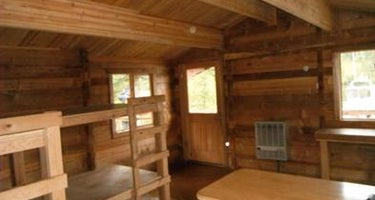 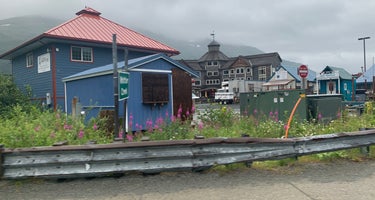 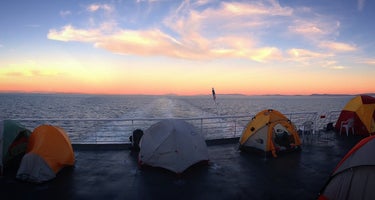 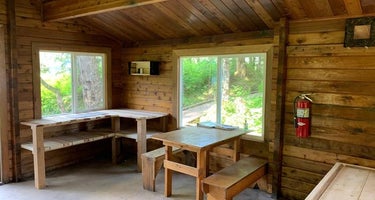 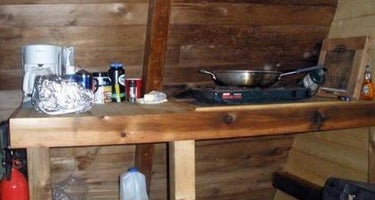 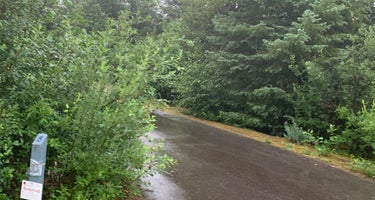 Pigot Bay Cabin is tucked away in a secluded and picturesque area of Prince William Sound. It is open year-round, offering an ideal base for exploration, recreation and relaxation.

The area can be accessed by float plane or boat, depending on conditions. The cabin is reached via a staircase from the beach. Visitors are responsible for their own travel arrangements and safety, and must bring several of their own amenities.

The topography is very rugged, which limits hiking in the area. Visitors can bring kayaks to explore the bay along the coast of Port Wells, but should consult the local tide reports in advance for their safety.

Fishing is fair for pink salmon in late July and early August in freshwater streams and the saltwater of the bay. Saltwater fishing is possible for halibut and red snapper (rockfish) near Pigot Bay and the western shore of Esther Island.

Pigot Bay also offers some good shrimping spots. Digging for butter clams is possible on the few gravel beaches at the head of the bay. Hunting for deer and bear is allowed in designated seasons with the proper permits. Blueberries and raspberries are also available for picking in season.

The 16 x 16 foot A-frame cabin has a main floor and a loft. It sleeps six and comes equipped with wooden bunks, a table with benches, an oil drip (Kerosene) stove, fire extinguisher and a broom. Cabin users must supply their own karosene fuel for the stove. Typically 1 gallon/ day is sufficent.

A new Composting Toilet has recently been built. The toilet has a seperating toilet seat which redirects urine into a leach field. The outhouse has been converted to a composting toilet and requires the user to add a small amount of peat (1/2 cup) after use. There is a metal bin for users to burn their toilet paper, please burn tp.

The gravel area in front of the cabin has a small campfire ring.

Water and electricity are not available. Visitors must bring their own supply of drinking water, especially since natural sources may be difficult to access. Any water from natural sources should be treated before drinking.

Items such as a cook stove, cooking gear, flashlights or lanterns, bedding, sleeping pads, trash bags, toilet paper and Kerosene are not provided.

Guests are expected to pack out trash and clean the cabin before leaving.

Pigot Bay Cabin is located on a tall bluff overlooking Pigot Bay. The bay is mostly steep-sided, but has a wide, shallow outwash valley at its head. The cabin sits at the edge of a dense evergreen forest, offering views over the bay to the mountains and glaciers beyond.

Black bears, bald eagles and waterfowl (mainly geese at the head of the bay) are common visitors to the area (learn about bear safety). Mountain goats are sometimes seen on the surrounding cliffs. Prince William Sound supports such species as Dall's and harbor porpoises, harbor seals, sea otters and sea lions. A lucky few may even spot a pod of orcas or a humpback whale.