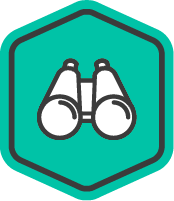 Overall good experience with this campground. The ranger was super sweet and helpful. We enjoyed the trails, and they were nice and easy to get through and just long enough to feel like you got a bit of hiking in. They offer rentals for John boats, paddle boats, and kayaks for a very reasonable cost. We rented two paddle boats and had a blast (it was exhausting though). There is wifi at the office and meeting building, which came in handy for communication since cell service was spotty at best.

The sites are kind of on the smaller side and close, so if you are bringing a large camper it might be a challenge. There were lots of campers, so it's definitely doable though. We were in a tent so the pad size was perfect for us. The pad is mostly sand over clay, rather than gravel, which was great with the tent. The sites have power and water. Lots of trees, so it's perfect if you have hammocks. They also sell fire wood on site, if you need it.

My only minor complaints were the bathrooms, office hours, and wasps. The bathrooms are clean and fully functional but oddly proportioned so the showers and stalls are really cramped but the sink area is huge. The office is only open a couple hours a day, which was understandable but inconvenient. There were a lot of wasps around the fishing pier and the boats. Didn't have any problems with them in other areas or at the camp site, so that was good at least.

All in all, the trip was very enjoyable and we look forward to going back to Barnwell as well as making our way through the other state parks.