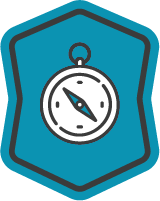 Nice spot by a lake, with three stone fire rings and a couple picnic tables. We got the spot surrounded by trees on three sides which was nice, the rest are open. Tons of birds which make some noise but aren’t a bother. Someone’s farm dogs were sniffing around our tent and howling in the night. They hung around in the morning and were friendly but a little bit of a nuisance as we were cooking and packing up. The directions we followed took us on some pretty rocky roads, we took a different way out and it was a bit smoother. If you’re in a big car you should be fine but we were in a Corolla :) Way out we took: From 94- West: Left on 106th Ave to left on 40th street to left on 109th Ave