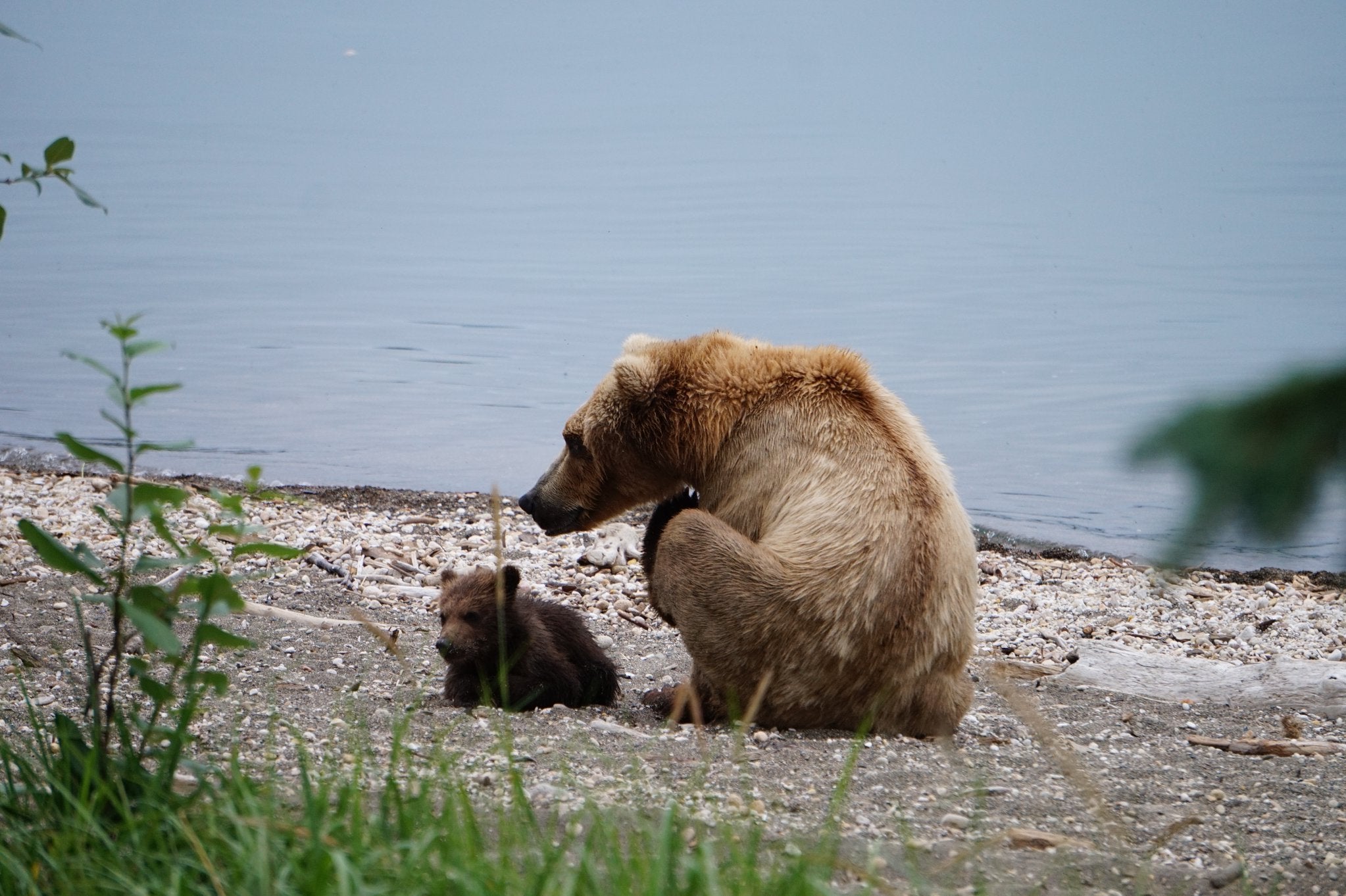 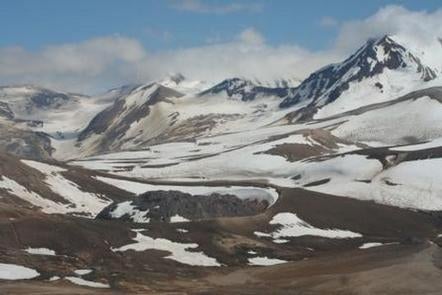 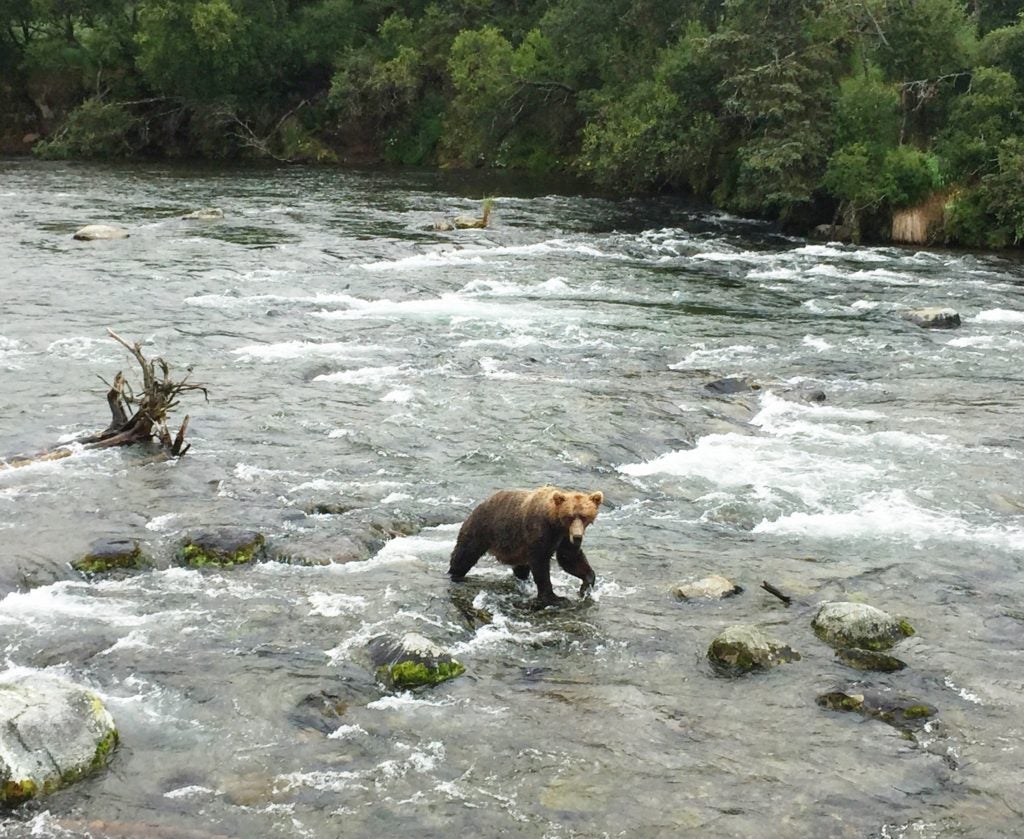 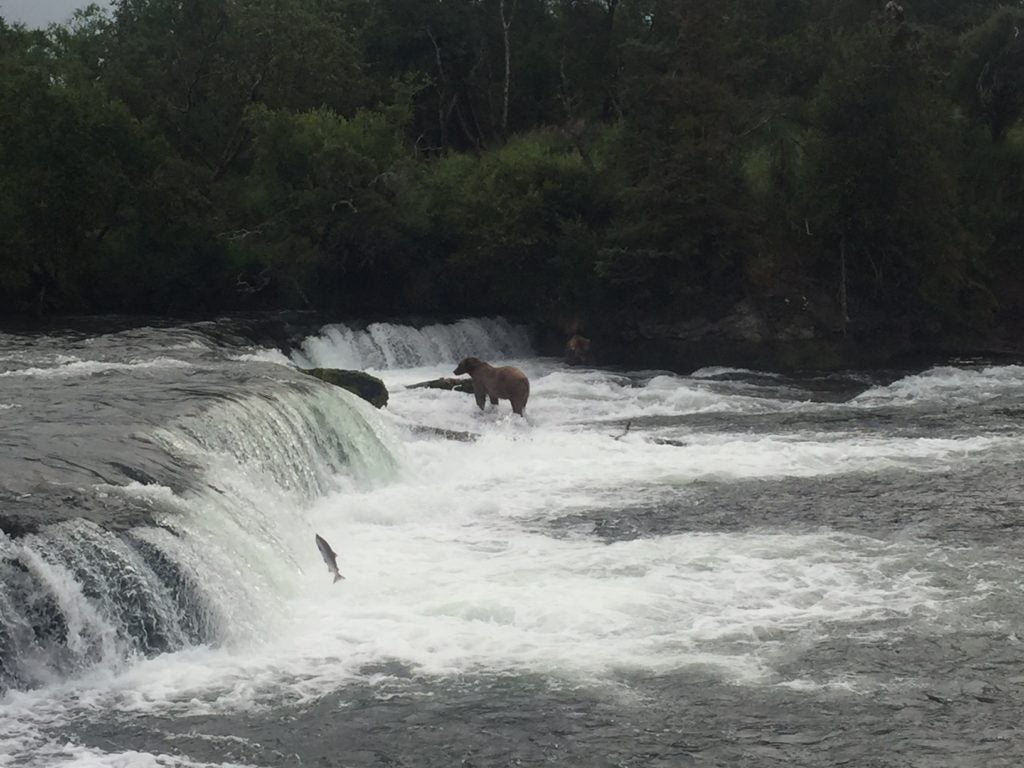 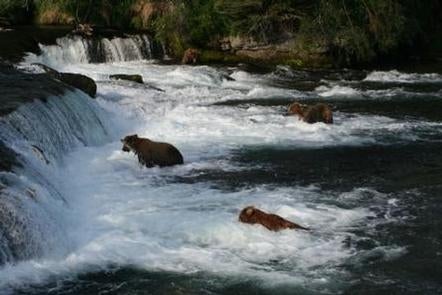 Fortunately the campground was lovely in addition to the BEARS. Flew from Florida to Seattle to Anchorage to King Salmon .. and then took a little puddle jumper to Brooks Camp. A long and expensive trip, but worth it for the bears (and I got my money shot of a bear named Lefty catching a fish at…

Beautiful place, they have clean bathrooms and enough space for the tents. It has an electric fence for avoiding the bears to enter. You can walk to the lunge (about 1/2 km) for having prepared food and even a bath if you pay for using the hot water. They also have spaces for making fire and cook…

If you are a national parks enthusiast, or even remotely interested in them, you’ve probably heard of this spot in Alaska where you can witness bears grabbing salmon straight out of a waterfall. This is Brooks Camp, in Katmai National Park.

To camp at Brooks Camp is very tricky. Sites are…

Katmai is 290 miles southwest of Anchorage, Alaska. There are daily commercial flights from Anchorage to King Salmon. Commercial air taxis fly daily, weather permitting, from King Salmon, Anchorage and Homer to Brooks Camp. Many individual lodges have their own transportation.

Katmai National Monument was established in 1918 to protect the volcanically devastated region surrounding Mount Katmai and the Valley of Ten Thousand Smokes. Today, Katmai National Park and Preserve remains an active volcanic landscape, but it also protects 9,000 years of human history as well as important habitat for salmon and the thousands of brown bears that feed on them.

Reservations for both Brooks Camp and Fures Cabin become available for reservations each year on January 5.

Camping at Brooks Camp is only permitted within the designated campground. Campers arriving without a reservation, especially in July when the campground is usually full, must be prepared to backcountry camp outside of the Brooks Camp Developed Area (see Backcountry/Wilderness Camping below).

Backcountry/Wilderness Camping:
More than 4 million acres of Katmai are open to backcountry/wilderness camping. Backcountry camping is not permitted within the Brooks Camp Developed Area (the area within 1.5 miles (2.4 km) of Brooks Falls) year-round or within the core Hallo Bay meadows from April 1 through October 31. No permits are required for backcountry camping.

Fure's Cabin:
Fure's Cabin, a beautifully constructed one-room house, is a public use cabin. Now a refuge for kayakers, canoers and hikers, the cabin was once the home of trapper, miner and famed Naknek local Roy Fure. The cabin is located on the north side of the Bay of Islands in Naknek Lake. There is anchorage and limited beach access. Primary heat at the cabin is wood. This cabin is not a substitute for the Brooks Camp Campground. Fure's Cabin is over 20 miles by water from Brooks Camp and no public transportation is available. GPS: 58 degrees 40'10.19"N, 155 degrees 25'51.02"W