Anyone done some ‘back country’ camping at any of the above in NW South Dakota/ SE Montana? The forest service lets you camp within 300 feet of a road, though most of these ‘roads’ are barely even worn in enough to be a trail in many places.

Anyway have done it twice in the Slim Buttes area of the Custer-Gallatin National Forest in northwest South Dakota. Once was south of the highway where we hiked quite a ways up onto the top of the mesa and ended up camping in a small hollow atop the butte, no tree cover. Then hiked back out the next day. Most of the trail for this was more of a trail than a road. 2nd time we hiked the part of the buttes north of the highway. This trail is more of a dirt road and we hiked north into the forest a couple miles then camped at a ridge with an overlook of the cliffs and plains to the west. That area is forested. The campground right off the southside of the highway is also forested and very scenic with the castles and battleship formations just off the campground. 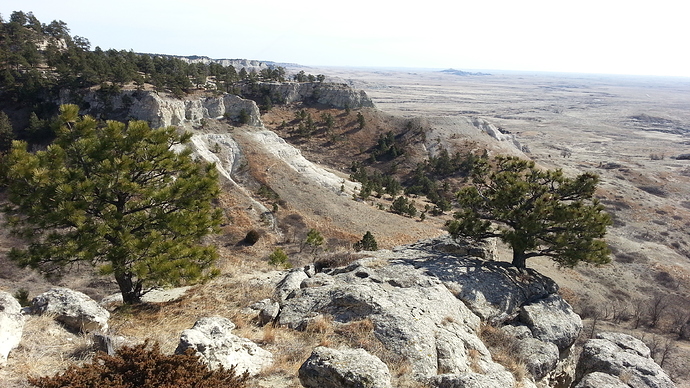 Very recommended area, remote and beautiful. Some areas of the buttes have more trees than other parts. The Cave Hills, Chalk Buttes and Blue Mud Hills are similar butte formations with ponderosa pine forests on National Forest land.