Can we discuss generator use?

I’m a camping vet, from backpacking to 36 ’ RV and currently in an 8’ teardrop. It’s the generators that drive us crazy…from dispersed camping to occasional state parking. We are totally OK with a generator if we see a disability tag, but for the average camper…WHY??? Is anyone else frustrated with the sound of a generator blocking out the sounds of nature? And, can I hear some justification for running a generator during the day, night, whatever that may help my bad attitude? Thank you.

I hate hearing the sound of generators when I’m camping but I carry one and use it when needed. Some places I can’t get enough solar to keep my batteries charged when we’re using the heater a lot at night. It is a small, fairly quiet invertor generator and I try the run it as briefly as possible and during a time when most people aren’t in camp. Also try to face the exhaust away from neighbors as much as possible.

I’m right with you here - HATE mechanical noises when I’m camping - Generators, AC units in RV’s, heater fans, (or a exhaust fan from a nearby restroom facility for that matter)… or other people’s idea of music I have to listen to - I’m camping because I want to experience the nature around me… a parliament of owls, a murder of crows, the wind though white pines, the sound of rain on tent wall.

A couple years back we had the opportunity to take my grandchildren and son-in-law visiting from Turkey on their first camping trip. We chose Crater Lake and even with the fires the smoke opened up to give us beautiful Vistas all the way around the lake. It was amazing, except when we were in our site. The people across the road ran their generator for hours. I kid you not. After 2 hours, I asked them to please shut it off, but since their “children are watching movies and charging their phones, and my wife is in the middle of cooking dinner…” they said it would be off by quiet time, 10 p.m. It ran at least another 2 hours…they had a huge gas can setting out, but was off then back on a couple times before 10.

We were in tents, cooking outdoors, the grands were having a blast playing in the dirt. But everything was overshadowed by a very loud and obnoxious generator.

Another time at Crooked River, an RV had not one, but two running simultaneously. Maybe because the people sit inside and aren’t aware? I don’t know…I guess if you need one, please be considerate.

We just purchased a 20-year-old MH with a generator. Having heard it run, you can bet we’ll only use it to charge the auxiliary batteries during the noisiest part of the day. My take on generator use is that the thoughtless owners don’t have the onboard battery capacity to get through a night of heater use and also likely don’t know how to use their accessories more efficiently.
I’m with you on the annoyance, especially when they are using the generator merely to duplicate the at-home environment (tv, game devices, cell phones and tablets). Two of the closest USFS campgrounds to us specifically prohibit use of accessories that can be heard by neighbors over normal conversational volume. We find staying at these locations far more enjoyable than the RV parks that allow everyone to run amuck with their personal nuisance toys.

Ding, ding, ding! WE HAVE A WINNER!

“One bad apple can spoil the bunch.” That popular phrase is used to refer to a situation in which one person’s negative demeanor or bad behavior can affect a whole group of people, influencing them to have a similar negative attitude or to engage in the same bad behavior.

No doubt the influx of inexperienced first time campers as a consequence of the pandemic has exacerbated the problems – but it’s been growing steadily worse for many years now. 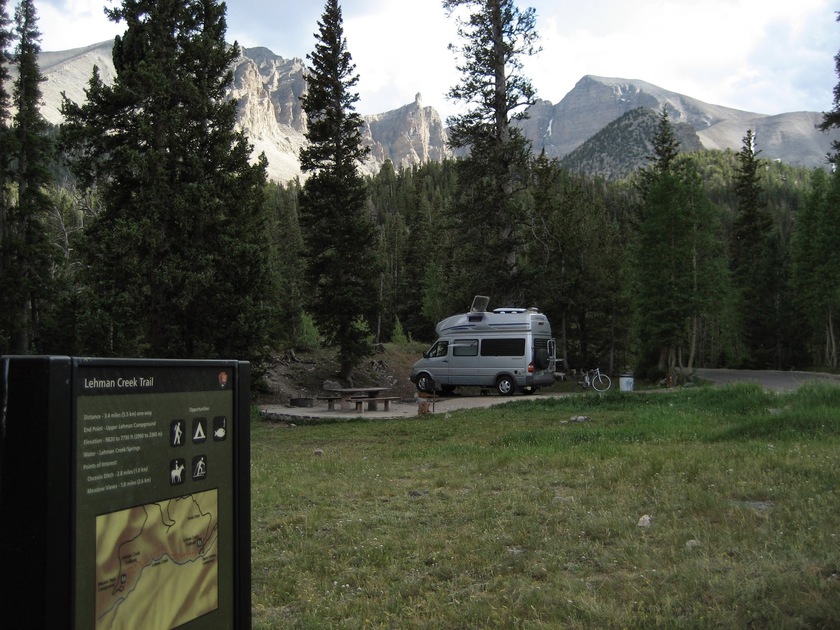 “One bad apple can spoil the bunch." That popular phrase is used to refer to a situation in which one person's negative demeanor or bad behavior can affect a whole group of people, influencing them to have a similar negative attitude or to engage in...

Thanks for the great advice. The same goes for the reservation only status of so many campgrounds. We must do more than complain to regain our public lands.
I dont see a link to any petition, however…

Oh wait, right in front of me!

I have a couple of very quiet generators but do not normally use them for camping.
I use a deep discharge battery to run the lights (and bug zapper) in the tent via a small inverter… if you hear a genny ; I’m, likely, innocent… except sometimes in the scrap yard when I am cutting new parts off some old vehicle.

Last weekend, in the mountains, we heard a distant generator running nearly constantly all weekend; certainly a waste of fuel and almost certainly a polluter since it was one of those old, cheap loud, non speed regulated, non-inverter style generators. (they typically run at full throttle).

Why? It is to run my air conditioning, the 65" flat screen and surround sound while I get back to nature, of course! Oh wait, I don’t have any of those things. I only run my generator at home, once a month as instructed in the owner’s manual. I have yet to use it on a trip. I have Sleep Apnea, so I need to use a CPAP but can run it overnight on my Jackery, that I recharge when I travel.