how do you pick a name? my boyfriend doesn’t care, but I really want a cute name. What’s everyone else’s names for their vehicles?

In 1990, with a one year old and a desire to travel with her, we purchased a white Volkswagen Vanagon with a custom conversion similar to, but not the same as the Westfalia. Since it was white and we had a young child and listened to a lot of Raffi in those days, we named it Baby Beluga (the little white whale on the go). We put 130,000 miles on that van, exploring all of the western US and Canada before selling it. Fast forward to 2017, our kids were grown and we wanted to return to traveling in a van. This time it is a Mercedes Metris, also with a custom conversion and since it was also white, we named it Baby Beluga II, or BB for short. So far, we have over 90,000 miles on it with no plans (other than a pandemic) to slow us down soon. I think having a name for your van makes your journey all the much sweeter so hope you find the name that fits!

Ha, we named ours Dutch Oven for a variety of reasons!!! I’m sure we’re not the only ones

During group camping trips, we’re typically the ones with a crockpot plugged in and something delicious in it. We also have a very odoriferous boxer dog, although we’re not too fresh ourselves either

Love these! Our van is called Camper Dan. When we purchased him the previous owner handed us a key ring with a label on that read “DAN”. We’re pretty sure his prior license plate had “DAN” in it. So, yeah, we’re original.

We’re currently in New Zealand where we purchased a campervan. He’s called “Big D”. Prior to our arrival, the gentleman who helped source the van for us was giving his kids a ride to the bus stop in it. The family owns a campervan rental company and the kids called it Big D because our campervan is taller than the ones they rent and it is diesel. How could we possibly not keep that name?!

@tripoverlife looking for fun and unusual words having to do with travel to spark ideas for the name of our red Winnebago Travato. Any help would be appreciated!!

When we got our bus, the name just came to us.

Now that we’ve sold the bus, we are trying to change the account name to something a little more generic and it’s been quite the ordeal to figure out. Just waiting to see if it just comes to me!

I just bought my first van! I wanted to come up with a name myself, but the previous owners called it Trusty Rusty and I really love that name so it might stick haha

@taylor What kind of van? Is it outfitted or will you be doing the work yourself? I kinda like the name Trusty Rusty:-) We miss traveling in our van!

It’s a firetruck-red 2004 GMC Savana - and the previous owners lived in it for a year and a half, so it’s already built out with a bed, storage, electrical, cabinets, and all that!

I’ve done quite a few reviews of our boondocking spots if you want to check some spots out. We are currently in AZ near Tucson and spent last month in NM. There are also quite a few RV parks that can accommodate you as well, we’ve never had any issues getting into one last minute.

I bought a 2007 Toyota FJ Cruiser in 2019. I bought it for it’s noted reliability and it ability to go anywhere. As a snow plow operator for the state of Vermont, I am called out before the roads are plowed. This was far better than my Honda Civic. The former owner put a tuned exhaust on it and it sounds sweet! As adventurers and avid campers it didn’t take long to give the ole FJ a name. We affectionately named it Brutas for his manley stance and bold sound. We recently explored the Green Mountain National Forest and did some camping out of Brutas. It was the highlight of our year.

Gosh I am not sure if my van is a boy or girl, new to us 2015 dodge grand caravan, dark blue in color, bought specifically as daily driver but for weekend and cross country trips… Any suggestions? Nice part is we have a vinyl graphics cutter so I can make any name into a sticker for the back window possibly, altho I would probably do it in black kinda stay stealth in a way dark on dark hehe 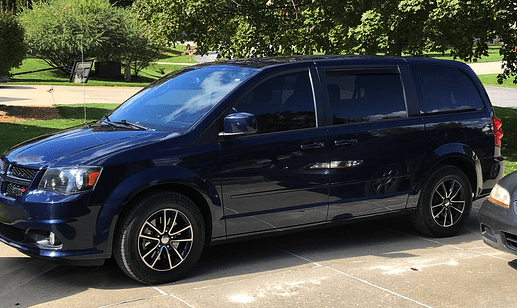 My late Wife called our van Mary Ann right after we bought it, after our mother’s. The name stuck so from then on that is what we call it.

Van names are always followed by a good story. Can visualize a future fireside chat. I’ve always named my vehicles. So far all I have is a mantra; Vanpe Diem!

A name hasn’t stuck yet, thought about Vanpe or Diem, but just hasn’t stuck. Will be trekking out in June for a multi-month adventure so maybe a name will come up? 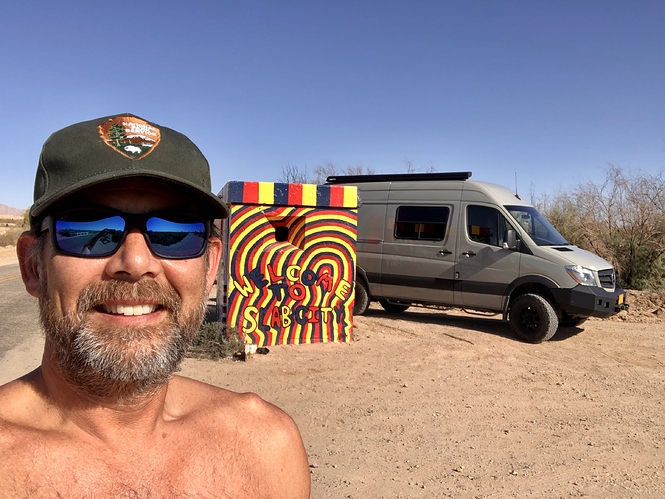