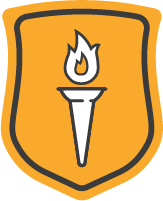 Arrived at the state park gate and checked in with no issues. However, getting to Reno Cove Campground (CG) was a little confusing. The very nice lady at the gate was pretty sure you took the first left past the gate, which was correct. We were glad we had filled our fresh water tank before leaving our last stop (only had a little over an hours drive as we do not travel with a full tank on long drives) as there was no water spigot in the top portion of Reno Cove. We were in RC-11, which is a large, wide back-in with 50/30/20AMP electric. We were told at check in that if we didn’t like our site, we could go look at Two Moon CG. Glad we didn’t because Two Moon CG has several entrances and is large with 87 sites, most of which are primitive. The electric sites are stretched around the playground area. I would not suggest traveling around Two Moon with a large 5th wheel as there are pine trees overhanging and narrow roads that would have scraped the heck out of our 39’ 5th Wheel. You’d be fine with a smaller travel trailer but be sure to check site lengths and reviews on what type of trailers have been in a particular sites. Two Moon does have potable water spigots near each of the entrances. The rest of the CGs are primitive and we did not take the time to explore them all but they do have various sized sites, for example Shelter Point has big-rig friendly sites, but no electric. The challenge for some of the smaller ones are the rough gravel roads in. The Glendo State Park website under 'Campgrounds' gives a pretty good rundown on sites and which ones are electric. There was no shade at any of the Reno Cove sites but really good views of the landscape and reservoir in our site plus sites 7-10. We did not get any OTA channels nor is there WiFi in this CG. We got 4 bars on Verizon. The dumpsters for the Reno Cove area are down by the boat launch. The nearest potable water is straight past the main park entrance a couple of miles away just past the Marina across from the State Park Headquarters at the dump station. There was a fire ban while we were here but the fire pits we saw were pretty full of garbage. We would have better enjoyed the clear dark skies if the trailer across from us wasn’t lit up like a Christmas tree from dusk until literally dawn. That’s not the park’s fault, just more and more rude campers out there these days. You could also hear the trains from Glendo, but the sounds were not overwhelming.